'Glenn Close takes us through her legendary career, including her roles 'The World According to Garp,' 'The Big Chill,' 'The Natural,' 'Fatal Attraction,' 'Dangerous Liaisons,' 'Serving in Silence: The Margarethe Cammermeyer Story,' '101 Dalmatians,' 'Mars Attacks!,' 'Air Force One,' 'In the Gloaming,' 'Damages,' 'Guardians of the Galaxy,' 'Albert Knobs,' 'The Wife' and 'Hillbilly Elegy.' 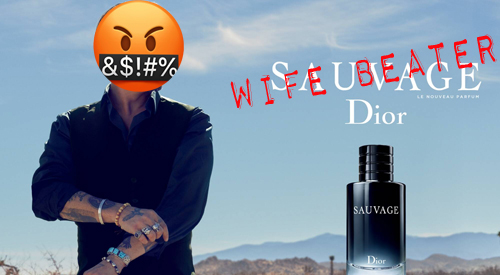 As several newspapers have reported today, DIOR stand by its "Eau Sauvage" (french for Wild water) spokeperson, Johnny Depp.
It seems that fame is way more important than domestic violence accusations or even the ruler of a british court.
Yet, if you 're old enough to remember... a lot of fashion brands (Chanel, Roberto Cavalli, H&M) were quick to drop Kate Moss (incidently one of Johnny Depp's exes) when she was photographed snorting cocaine in 2005.
Patriarchy strikes again as the fashion world seems once more so detached from the world we're living in.

Read more at the source


ONTD are you ready to take action and boycott LVMH in general and Dior in particular, and hit them where it hurts...with your wallet?

Edited to add: LVMH pretending to care about violence towards women

May The Force Be With You https://t.co/Zct2pcbeWF

Rosario Dawson debuts as live-action Ahsoka in this week's episode of The Mandalorian. Discuss.

The streaming service behemoth shared the best looks sported by Anya Taylor-joy as Beth, on hit mini series, queen’s gambit. Set on the decade of the 60’s.

It is one of the most shocking events of the 20th century. But just how will #TheCrown portray the tragic death of Diana? https://t.co/ZszJu9vqP8

Elizabeth Debicki (who will be taking over from Emma Corrin to play Princess Diana) confirmed she will be in seasons five and six of The Crown and led to discussion over how Diana's death in a car crash in 1997 will be handled.

Philip Lawrence (scriptwriter): "I don’t imagine for a moment they’d be so sensationalist as to show the accident. No one needs to see that. It’s the reactions of those left behind."

It is also noted that writing real life tragedy should be dramatic but still respectful and sensitive to those still living (in this case, Diana's family, specifically her sons). The Crown creative team has previously said they try to portray the deaths on the show respectfully.

Another screenwriter said also they just do their upmost to make sure that they didn’t cause pain to anyone.

The director's frequent collaborator Sabrina S. Sutherland is said to be producinghttps://t.co/z71G2mUxQa

-The show has been written and produced by Lynch, and Twin Peaks exec Sabrina S. Sutherland is also on board
-They will start filming in May 2021
-Lynch says if it wasn't for COVID, he'd be working on another movie
-No plot has been revealed

I did some googling and people are speculating that this could be a Mulholland Drive spinoff, or perhaps something to do with Twin Peaks (um what about Showtime?). And that they wanted to cast a mid-20s brunette for some "tasteful nudity." Truth and time will tell all, to quote Justin Bobby from The Hills.

Wonho owns my heart and my holes 🥵 pic.twitter.com/ak88VrxaEL

why are there not more performances?? step it up, yg!

Mikhail Varshavski — aka Dr. Mike — was photographed on a boat maskless with a group of women in Florida for his 31st birthday, despite also urging his millions of followers to social distance and wear a mask during the pandemic.

He has uploaded an “apology” to his side channel Doctor Mike Clips (59k subscribers) but not his main YouTube channel (6.5 million subscribers). Despite his attempt to keep this “apology” away from most of his subscribers, his video is still trending on YouTube in the top 10.

EXCLUSIVE: 'Sexiest doctor alive' is called out for partying maskless on a boat while surrounded by bikini-clad women in Miami https://t.co/kITCjwfAyH

The Saved by the Bell reboot recently featured several references to Selena Gomez's kidney transplant and fans were not happy about the jokes. There was a scene featuring some graffiti on the wall and a scene of two characters speculating about her kidney donation.

why is the Saved By the Bell reboot ... using Selena Gomez’s health problems as a joke? pic.twitter.com/ncVzr2ALlZ

Streaming platform Peacock has reached out to Selena Gomez's team with an apology for joking about her kidney transplant on one of their shows, and will donate to the singer's Lupus charity. pic.twitter.com/13CcexhqwL

Sources 1, 2, 3, 4, 5, 6
Would you guys be bothered by these comments? I personally find them distasteful AF. You can make fun of a lot of things about Selena but laughing about someone's lupus induced kidney failure is gross.

The Nevers is a HBO science-fiction drama about “a gang of Victorian women who find themselves with unusual abilities, relentless enemies, and a mission that might change the world.”

Whedon did write and produce it but is now out

the HBO take:
“We have parted ways with Joss Whedon. We remain excited about the future of The Nevers and look forward to its premiere in the summer of 2021.”

[the Whedon take:]
the Whedon take:
“This year of unprecedented challenges has impacted my life and perspective in ways I could never have imagined, and while developing and producing The Nevers has been a joyful experience, I realize that the level of commitment required moving forward, combined with the physical challenges of making such a huge show during a global pandemic, is more than I can handle without the work beginning to suffer. I am genuinely exhausted, and am stepping back to martial my energy towards my own life, which is also at the brink of exciting change. I am deeply proud of the work we have done; I’m grateful to all my extraordinary cast and collaborators, and to HBO for the opportunity to shape yet another strange world. The Nevers is a true labor of love, but after two plus years of labor, love is about all I have to offer. It will never fade.”

I have no intention of allowing Joss Whedon to use the old Hollywood tactic of “exiting”, “stepping down”, or “walking away” to cover for his terrible behavior.

WarnerMedia’s JL investigation has been in full swing for over 3 weeks now.

This is undoubtedly a result of it.


-Vanessa Williams recreated the famous scene from her hit 1997 film "Soul Food" with her daughter,mother and really big dogs.


Ontd, what favorite scene from a movie would you love to see a actor recreate ?

Bad Bunny surprised fans by dropping a new album, El Último Tour del Mundo, and earning over a 100 million streams in one day making him the third artist to ever do so.

Bad Bunny is the first artist to earn over 100 million streams in a single day on Spotify this year (@sanbenito).

XXXTENTACION, Bad Bunny (@sanbenito) and @Drake are the only artists to ever earn at least 100 million Spotify streams in a single day.

Bad Bunny's album announcement left fans confused over whether this would be his last album. The instagram video shows Benito announcing in a press conference that he would be retiring from music before showing himself watching the press conference.

His previous album Yo Hago Lo Que Me De La Gana, released in February of this year, featured a song titled Carazon with the lyrics: “In nine months I’ll come back and take another, to retire quietly like Miguel Cotto.” It's been 9 months since that song came out. 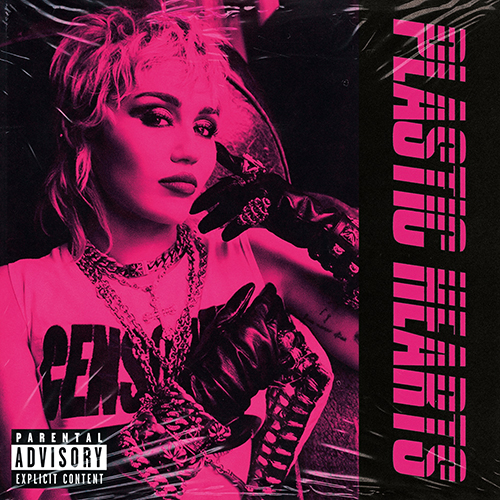 Miley Cyrus' seventh studio album, Plastic Hearts, is officially her most well-received yet, with a Metascore of 79 based on 10 reviews. (For comparison, 2017's Younger Now earned a Metascore of 58, while 2013's Bangerz scored a 61.)

"Easily her most captivating and keenly focused record yet... 'I was fucking born to make the record I've just released!' Cyrus wrote on Instagram on release day. No arguments here." 4/5 —SPIN
[Review]

.@MileyCyrus Embraces Her Rock Star Destiny on 'Plastic Hearts.' Our review of her latest albumhttps://t.co/plRuP1owGf

Missed them? We have an update on Kamilio.

A source tells ET that the actress and the celebrity chef are going strong. The source says that the nationwide lockdowns and quarantines are part of the reason their relationship moved so quickly.

"Katie wasn't working or traveling as much as usual and things were slower at the restaurant for Emilio, so it really gave them the opportunity to focus on each other. Instead of a few dates over an extended period of time, they were able to have a month's worth of dates in a matter of days"

The pair "adore each other and can't get enough of one another."

We haven’t always seen 👁 to 👁but I’m proud of my dad n bro for coming up with this! Head to @NothingButUSA store for the vibes ♥️🇺🇸 pic.twitter.com/qAQbY7F0pl

Katy Perry made posts on Instagram and Twitter promoting her father and brother's new "Nothing But American" t-shirt business. Despite Katy's promotion generating over 1,100,000 views of their ad, the new business attracted less than 300 followers on Instagram and less than 200 on Twitter.

So far, they appear to be selling two prints, the one Papa Perry is wearing in the video and this design:

It's not about politics, it's about people. We are one nation and the I AM AN AMERICAN HOODIE says it all. Check it out at: https://t.co/P2rD3ApYox pic.twitter.com/hlJGDLueN3

In a desperate attempt to deflect criticism, a KatyCat created a Twitter account impersonating Katy's sister and claimed Katy was hacked by her father. The account has since been deleted, but this is what they posted:

ONTD, do you think we should ignore the fact that our MAGA family and neighbors spent four years celebrating an unabashed racist and unite as God-fearing Americans?

Yes, it is real and I am crying.

The game begins anew! NEO: The World Ends with You is coming Summer 2021 to PlayStation 4 and Nintendo Switch. Learn more at the official #NTWEWY site https://t.co/QUPGmeOLcs #TWEWY pic.twitter.com/OjL5c5DdRm

The original game was first released in Japan in 2007. The new game comes over 13 years later. Ever since the anime got announced earlier his year, people had hope a sequel was coming, but the announcement was just officially made this week.

In NEO: The World Ends with You, take on the role of Rindo and survive the deadly "Reaper's Game" through the stylized streets of Shibuya. Coming to PlayStation 4 and Nintendo Switch Summer 2021!
More #NTWEWY info at https://t.co/Qv0htzY8bR pic.twitter.com/OkPqQ88xjM

There isn't much information regarding a cameo of characters from the original game, other than the two that already appeared on the trailer: Sho Minamimoto (this time as a playable character), and Koki Kariya. The blonde lady who appears in the Remixes (aka the mobile and Switch ports) will also have an appearance and her name is revealed in the trailer as Tsugumi Matsunae.

Is it actually a sequel, though? According to designer Tetsuya Nomura (and google translator), it kind of is!

"There is no official Twitter for the game, so I'll bother you. The game that will be the sequel to the anime that will be aired in April next year will be next summer. When I designed the sequel hero, I didn't think that the mask would become a normal world. The mysterious smartphone symbol meant NEO. I look forward to working with you next year. Have a nice year @ Nomura".