There's no doubt that the Princess Switch 2 was going to be terrible...which was sort of...inevitable? Anyways, here's a video that I thought some of you might want to see.

I'm just posting this so we have an excuse to discuss The Princess Switch 2 now that it's been out for over a week.

today was a big day for us..@BBCR1 asked us to perform on the live lounge, something we’ve dreamed of doing. we asked @arloparks to join us, learned a @24kGoldn @ianndior cover in 48 hours and to top it off dave came dressed as his fav uno card. what a day https://t.co/gwrya5a3mn pic.twitter.com/aymCA6FI8T

What are your favourite live lounge covers and why are they all of the Bastille ones?


The Academy Awards recently announced inclusion thresholds for Best Picture category, and while promoting Palm Springs, Andy Samberg had a few key words to those who took issue with the very strict, very limiting, very much not doing the least parameters:

"The Oscars thing, people having issues with that, it’s insane. The parameters, if you look at them closely, you could have the whitest cast in the history of cinema and still very easily meet them by just doing a few roles behind the camera. People that have problems with it can fuck off."

[A bit about how Brooklyn Nine-Nine will address police brutality and systemic racism]
“Our country is going through a hard time. It’s been going through this. I’ve been hearing about this in rap music for 30 years. We’ve been told if we wanted to listen. It’s been happening. What the show is going to do is further the conversation.”

“I do believe that our characters need to examine their roles in the world. They’re going to be forced to look in the mirror and see who they’re complicit with. We have a decent track record of addressing social issues.”

I want nothing on me but you

Despite Zac Efron and Vanessa Valladares celebrating Zac's 33rd birthday in October, Zac has now ended their relationship, according to multiple reports.

Efron recently moved from Byron Bay to Adelaide to film his new movie. His new location reportedly put a strain on their relationship, causing them to call it quits.

"Zac's work and the enforced distance has really taken its toll," a source said. "Friends hope they can reunite, but it seems their relationship was more like a holiday romance than they cared to admit."

The news originated in The Sun so grain of salt applies here. However, Vanessa has not been spotted in Adelaide while Zac has been photographed partying it up.

Apparently Zac Efron is in Adelaide AND is now single. Plan your weekend accordingly people.

.@MileyCyrus & @IggyAzalea set off fire alarm with a smoke machine during TikTok livestream for #PlasticHearts.

When the 2 blonde singers were together making a promo livestream on TikTok for Cyrus’ new album “plastic hearts” and showing a clip of her song “prisoner”, when a smoke machine caused the fire alarm of the building to go off.

Iggy demonstrated her fire safety knowledge by instructing Miley to get on the floor and to stay calm. Both are apparently safe.

NCT U released the music video for "Work It," their second title track for Resonance Pt. 2. The unit features members Johnny, Jisung, Yuta, Jaemin, Jungwoo, Ten, and Hendery. Notably, the ending teases what looks like a coming performance video featuring all 23 members of NCT.

The "90s Love" unit also performed the song for the first time at Music Bank, and shared a dance relay video:

Are you in the mood for mulled wine, cheesy romance movies, and heated debate at the dinner table?

One hit wonder has-been Van Morrison is well known for being a cranky old bastard who dresses like a 4chan troll, but I was unaware that noted culture vulture white bluesman Eric Clapton was equally unhinged.

I will give them credit for donating the proceedings of the song toward a musician hardship fund; however, that fund is run by Morrison himself and I do not trust the man.

The song comes out Dec. 4 and I am reasonably sure it is not an Adam and the Ants cover.

Should TV shows acknowledge COVID-19 or just ignore it?

HAPPY ANNIVERSARY! Now that Thanksgiving is in our collective rearview mirrors, we can all come together again to celebrate a REAL milestone.

A REMINDER: On this day––November 27, 2019––Dakota Johnson sat down to chat with alleged piece-of-shit Ellen DeGeneres [here's what I'm talking about] on her horrible talk show that is still somehow on the air.

Within the first 10 seconds, Ellen attempted to humiliate Dakota for not inviting her to the actress's 30th birthday party (Ellen was 61 years old at the time). Dakota, having none of Ellen's bullshit, responded in kind...and a million gay memes were born.


ONTD: One year later––has your opinion of Ellen (or Dakota) changed? 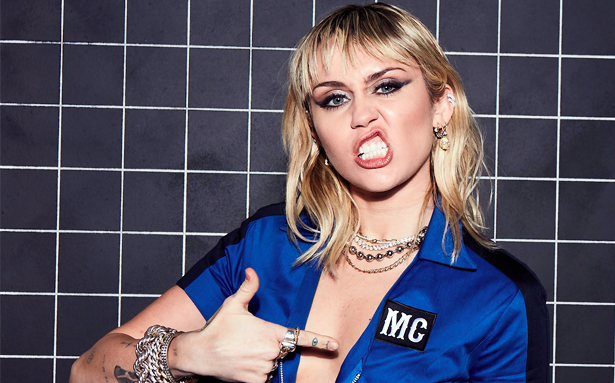 Shawn Mendes is GQ's Solo Artist of the Year.

( Collapse )
Sources 1, 2, 3, 4, 5, 6, 7
I hope everyone had a lovely Thanksgiving (if you celebrate)! This post is for me and the one other shawn fan on here lol. I'm actually really excited to hear his album because it sounds like he is experimenting with a lot of new sounds.

behind the scenes vid of the BE album photoshoot
( Collapse )

In a monumental post-Thanksgiving episode, The Mandalorian revealed some key information about The Child long-wondered by fans.​ https://t.co/inTL8a97YY

Had an amazing conversation in the Clubhouse app today....Real talks with real people....this is the direction that social media is now going to. Pretty dope

If you don't know what Clubhouse is, it's a voice-only social media platform. it's invite only for now, but many people on my Twitter TL have it.


But before he tweeted that, others had tweeted the truth

Someone started a room on Clubhouse asking if Kevin Hart is funny and now Kevin Hart himself is in that room talking.

He is "allegedly" shitting on black women. He probably is, but we have to say allegedly. Even Kevin Hart has lawyers.

tldr; Kevin Hart acts like the unfunny, gaslighting, misogynoir - inducing man he is.

The Prom follows Dee Dee Allen (three-time Academy Award winner Meryl Streep) and Barry Glickman (Tony Award winner James Corden) who are New York City stage stars with a crisis on their hands: their expensive new Broadway show is a major flop that has suddenly flatlined their careers. Meanwhile, in small-town Indiana, high school student Emma Nolan (newcomer Jo Ellen Pellman) is experiencing a very different kind of heartbreak: despite the support of the high school principal (Keegan-Michael Key), the head of the PTA (Kerry Washington) has banned her from attending the prom with her girlfriend, Alyssa (Ariana DeBose). When Dee Dee and Barry decide that Emma's predicament is the perfect cause to help resurrect their public images, they hit the road with Angie (Academy Award winner Nicole Kidman) and Trent (Andrew Rannells), another pair of cynical actors looking for a professional lift. But when their self-absorbed celebrity activism unexpectedly backfires, the foursome find their own lives upended as they rally to give Emma a night where she can truly celebrate who she is.

TAEMIN recently recorded a live performance of "Be Your Enemy," a b-side on Act 2 of his latest album Never Gonna Dance Again, for SM Entertainment's digital music channel STATION. Absent from the performance, shared today, is Red Velvet's WENDY, who features on the studio version of the song but was sick at the time of filming.

Do you want to build a snowman with @chloexhalle? ☃️ Tune in to #DisneyHolidaySingalong Nov 30! pic.twitter.com/TgRv1d7rD0

-The Christmas Disney Sing Along will air on ABC Nov 30th and will feature many artist including Chloe x Halle and BTS.

-Mariah Carey's Christmas special trailer was released and will feature Jennifer Hudson and Ariana Grande joining Carey for her song "Oh Santa".Tiffany Haddish,Misty Copeland and more join Carey on the special that will air Dec 4th on Apple TV + and a new video of "Oh Santa" will be released on streaming platforms.

Guess who is coming to town? 🎅 It's @bts_bighit during the #DisneyHolidaySingalong! Don't miss a moment of the holiday cheer starting Monday at 8|7c on ABC! 🌟 pic.twitter.com/ypk3r4e4Rr

this gif will be on repeat until next Friday😭 #MariahsMagicalChristmas pic.twitter.com/4k8r5sSIV7

Do you, imperfect and flawed as we all are, still live up to the Federation's best ideals, ONTD Discoteers? 🖖

The queen of pop took to Instagram to show off a picture of her, her boyfriend, Ahlamalik Williams, and a cute French bulldog all dolled up for the celebrations.

How did you celebrate Thanksgiving?