How did Jamie Dornan respond to being called "The Golden Torso" by the New York Times? “I thought, 'What the fuck'?” https://t.co/3vOQNUOwLH

Jamie says that while in lockdown, he received a creepy fan letter along with “a collage of photographs of a kid”

“Someone saying that it was my kid, and my wife should know that I have this kid who’s 7 years old. “I think they were trying to say that the kid was mine and Dakota Johnson’s, and we’d had this baby while we made the first ‘Fifty Shades’ movie,” Dornan says. “It piqued our interest, let’s say. It was a bit freaky.”

On the bad reviews of Fifty Shades of Grey:

“I went through a bad stage with Fifty Shades of reading a couple of really bad ones, but then just finding them funny and letting them drive me. One of them was ‘Jamie Dornan has the charisma of oatmeal,’ which — some people like oatmeal, so I thought it was kind of harsh. I remember that stuck with me, and I don’t entirely disagree with it either.”

ONTD, what actor are you a crazy stan of?

Exclusive: 'Godzilla vs. Kong' likely the latest tentpole to go to a streamer https://t.co/oqlxUlCYTf pic.twitter.com/so3kC2C48m

Netflix made a bid of more than $200 million

WarnerMedia wants to send it to HBO Max

I’m seeing a lot of commentary on the ending of #SPN & the recent Spanish dub & am disheartened to see there are a lot of misconceptions that are making many in our family feel unheard & unsupported, so I’m calling a #SPNFamily meeting to sort a few things out for the record: pic.twitter.com/hwK0HOkZ8a

Earlier this week, the Latin American dub of the episode where Castiel confessed his feelings for Dean made waves among the people who still watch Supernatural, featuring a translation that had Dean reciprocating Castiel's affection (which did not happen in the original, English-language airing of the episode). This led to frenzied speculation that the initial script had Dean reciprocating and fan-favorite pairing Destiel going canon before the big bad CW intervened and censored it, a theory that went viral under the Twitter hashtag #TheySilencedThem.

Misha Collins, Castiel's actor, took to his Twitter account to debunk the conspiracy, calling the dub translation merely the work of a "rogue translator." He went on to defend the character's ending more generally, arguing that Castiel doesn't fit the "Bury Your Gays" trope because his sacrifice was a heroic one and the character goes on to rebuild heaven in the afterlife. He closed his tweet thread by urging fans to both work through their feelings via fan art and by asking what the show could have done better:

Thank you for your inquiry regarding a roundup. Currently I am out of the office on Thanksgiving break.

If your request is urgent, please contact someone else, otherwise I will return your request for a full real roundup when I return on Monday. Thank you!

Pokémon and the international space station have teamed up to collaborate and make a special live broadcast on New Year’s Eve using space as stage to celebrate the turning of 2021 and transmit the first sunrise of the year.

Speculation abounds on wether this means any sort of announcement concerning the games or not.

【Regarding the Production Status of "YURI!!! on ICE the movie: ICE ADOLESCENCE"】 pic.twitter.com/i5GiLeTLdO

The PR Twitter account for the highly-successful figure skating anime "Yuri!!! on ICE", tweeted on Friday evening JST/4 am EST a brief update from Japanese animation studio MAPPA on the YOI movie "Ice Adolescence", which was first announced in April of 2017. They are still working hard to get the movie out, but are not at the point that they can give a release date. The studio has been extremely secretive, to the point that this is probably the most that has been said about it since the original announcement.

Who do you think his new gf is? Could it be Phoebe Bridgers?

The majority of these layoffs will be from its parks, experiences and products division.
Disneyland has not opened since March of 2020.
Disneyworld CMs are rumored to be working 6 days a week to cover for their lost coworkers.
The fourth Fiscal Quarter saw revenue fall 61% to $2.6 billion for the Company.

I'm kind of surprised at products memebs being cut. Please donate to the Cast Member Pantry if you can! 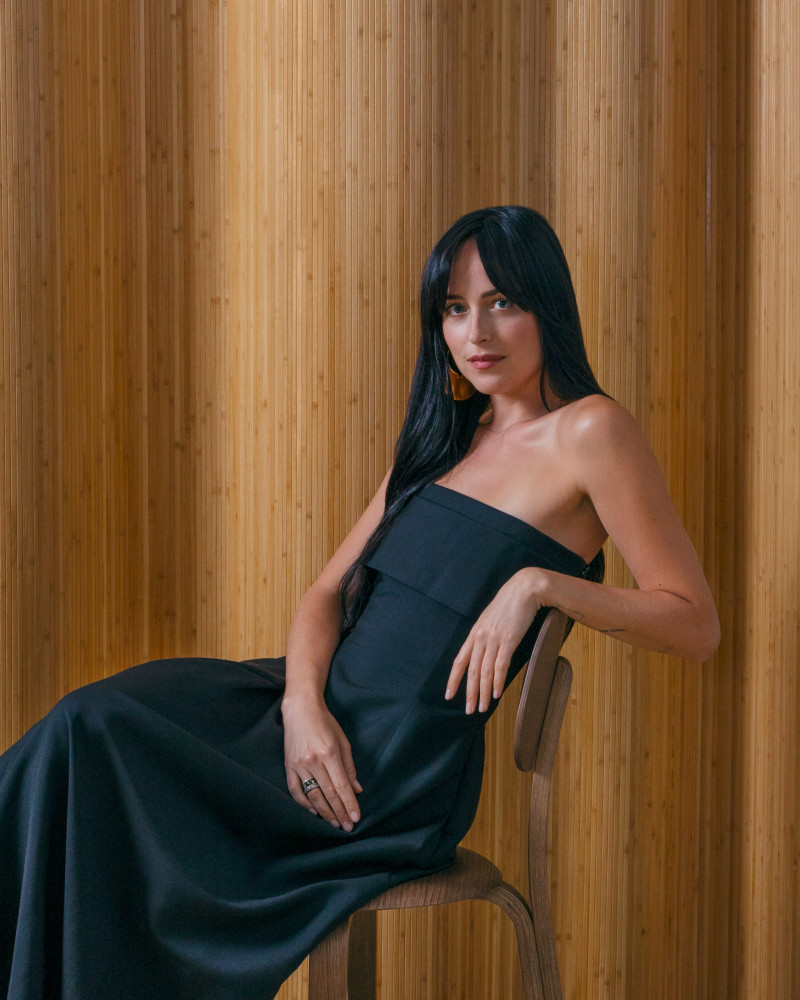 Dakota Johnson just became the new investor and co-creative director of "Maude".
Founded in 2018 by Éva Goicochea, "Maude" is a sexual wellness brand that's gained a cult following for its sleek, sculpture-like toys, organic condoms and personal lubricants, and powerful, pleasure-positive messaging. Quality, simplicity and inclusivity are the brand's motto.

The former inner goddess talking actress who put Ellen DeGeneres in her place says: "I believe that sexual wellness is a fundamental human right. Consensual sex and intimate pleasure is self-care for all bodies. Every human should have access to quality sexual products regardless of their gender, adult age, or sexuality. To me, taking care of your body in a sexual way should be the same as taking care of your body in terms of nutrients, skincare, exercise, etc. Sex is important and special, and should be treated as such." 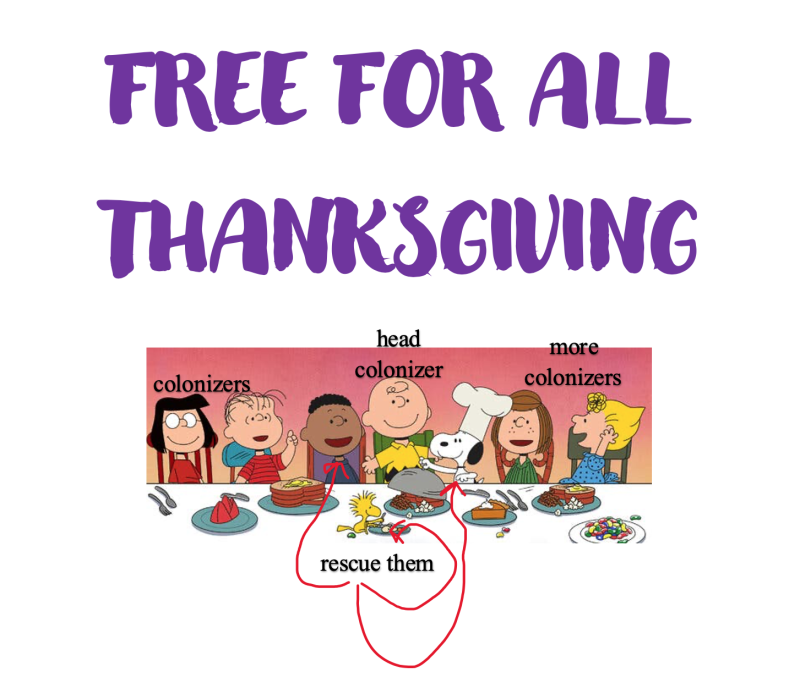 Kai released 5 snippets for songs of his solo debut album. The album and the mv for 'mmmh' get released on monday the 30th of november.

[More under the cut]Nothing on me

ONTD are you ready for KOLO to finally arrive? Do you already have a favourite based on these snippets? 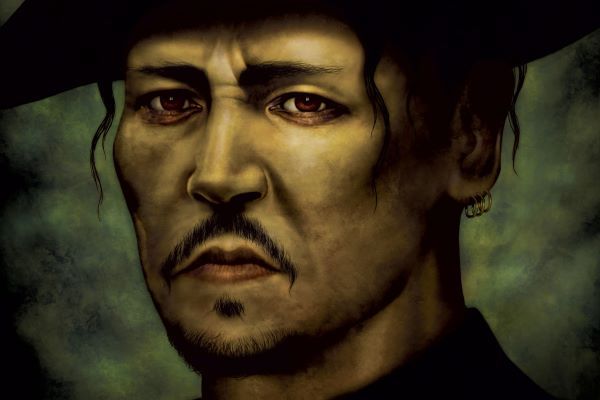 The article had no photos of Johnny, just this caricature.

Thanksgiving sucks. Instead, let's focus on a notorious celebrity profile: Johnny Depp's trainwreck of an interview for the June 2018 issue of Rolling Stone. This is a long one, so settle down with some leftovers and a glass of wine.

When the interviewer enters Depp's home, he immediately notices the "stogie-sized joint" and the "never-ending reservoir of wine that is poured into goblets."

Open to: All, detailed results viewable to: All. Participants: 218

Are you good at managing money, ONTD?

Mods, I hope the excerpts aren't too long. The profile is several thousand words, so it's only a fraction.

Michael B. Jordan were suppoted landing in ATL together pre thanksgiving where they went straight from the plane to their car that was waiting for them on the tarmac.

Source: TMZ via Twitter
A definate upgrade from Future.

Jude Law breaks down his most iconic roles, including his characters in 'The Talented Mr. Ripley,' 'Cold Mountain,' 'Gattaca,' 'A.I. Artificial Intelligence,' 'Closer,' 'Sherlock Holmes,' 'Contagion,' 'The Young Pope,' the 'Fantastic Beasts' series, 'The Third Day' and 'The Nest.'

conclusion: it's all weird

Faizon Love is suing Universal over the erasure of his image from the Couples Retreat poster.
The 2009 comedy scored big at the international box office, despite largely being panned by critics.

Universal cared about was ensuring that neither Love nor Hawk (onscreen girlfriend) were featured in the film’s international poster. Those posters reveal only three of Couples Retreat’s couples – all of whom happen to be white.

Upon discovering this, Love was upset, and after speaking with Universal, he was told that the posters would no longer be used. Love continue to see the posters, and back in 2009, he was also assured by chairman of Universal that Universal “would find new opportunities for him,”. Love was asked not to take the matter to court in exchange.

Love has received no “new opportunities” from Universal, and he has missed out on what he claims to be at least $30 million in personal income. As a result, Love is suing Universal.

On Wednesday, December 9, we're taking you on a trip to Whoville.

NBC has revealed the first look at Matthew Morrison as "The Grinch" in their upcoming musical.

NBC will air a two-hour production of Dr. Seuss’ The Grinch Musical! on December 9. Unlike the other recent musicals, this will be pre-recorded and filmed at the Troubadour Theatre in London, the musical production will star Glee‘s Matthew Morrison as the small-hearted Grinch and Denis O’Hare as his hapless mutt Max (with Descendants 3’s Booboo Stewart as the younger Max).