Benana is back! Ben was spotted Sunday morning wearing a child-size mask. He and Ana were heading to re-shoots of Deep Water in New Orleans. Ben was also holding a can of Diet Coke

Did you miss Benana, ONTD?

Yes, our tradition continues! Celebrate & see all your faves right from home. Watch it all unfold from 34th Street on 11/26 @ 9am in all time zones, only on @NBC. https://t.co/vy7FoHFx9G pic.twitter.com/iRLuRZ0oHM

-The 94th Macy's Day Parade will air on NBC on Thanksgiving. The parade will not allow spectators and will not allow anyone under 18 to participate. Testing, Social distancing, and reducing the participants by 70% and performing outside is how the program will keep everyone safe like the VMa's did.

-Broadway performances from "Mean Girls", "Jagged Little Pill","Hamilton","Ain't to proud to beg" along with dancers from the new York city ballet will be featured.

-Performances from Patti Labelle, Dolly Parton , Bebe Rexha,Leslie Odom Jr and many many more will be featured.


So excited to announce that I’m going to be a part of this year’s #MacysParade! Doing something special with @Nickelodeon 💙 Can’t wait🤗🍁😍🦃 #Macys pic.twitter.com/noLyEIOma3

more under the cut

We’re SO excited to announce that we’ll be joining the celebration at this year’s #MacysParade!! 🌟 You don’t want to miss it Thanksgiving morning at 9AM on @NBC! See you there, @Macys. pic.twitter.com/X21lSLJD7a

-Disney star Kylie Cantrell and the cast of the show "Gabby Duran" perform "Have yourself a Merry Little Christmas.

-"American Idol" Season 17 winner Laine Hardey performs "Please come home for Christmas" (Please don't listen to him ONTD,stay where you are) and Dcapella sing "Rockin around the Christmas Tree".

Find out how Jennifer Hudson keeps a hat on in Chicago winds under the cut, plus full performances


Second slide for the hat securing

The Drew Barrymore Show arranged to have wedding performed on the show for a nurse who moved to New York to help with COVID demands, due to her own wedding being postponed. In their introduction they claim to have "met in school through mutual friends" but the comment section is full of people pointing out that he was in fact her teacher in high school. A Twitter user screenshot these and this led to more comments being found on an Instagram post with one claiming the relationship started when the bride was 17 years old and the groom 29 years old.
( Collapse )

Introducing Esquire's Winter cover starring @BTS_twt. The biggest band in the world has ascended to the peak of pop, redefined fame, and challenged traditional masculinity. So what do they want now? They told @DaveHolmes all about it. https://t.co/eFhP1ZAv15 pic.twitter.com/Jiv9PpJSgE

Some highlights from the article under the cut (but really click through to read the full article because the photos are AMAZING).


Esquire also uploaded this cute video of BTS reacting to videos of themselves. And also RM shamelessly begging for a Grammy nom. hahaha

BTS performed "Life Goes On" on GMA this morning. Well, technically it was a pre-recorded performance because Yoongi was there so it's pre-surgery. Click HERE to watch the full thing. I can't embed it and GMA only uploaded a 1 minute clip to youtube so... sorry?

AND BTS will be performing on James Corden tonight. (I would not be surprised if this is also a pre-precorded pre-Suga being out for surgery performance, but maybe not! Maybe we'll get Hobi doing Suga's bits)

Surprise! Our BFFs @BTS_twt are performing "Life Goes On" on tonight's #LateLateShow!

UPDATE:
Here's the Dynamite performance from their GMA appearance.

Punk singer tells UK’s daily star that after letting the furry critters in his Venice Beach home, there was anarchy.

One morning he casually looked at his diq and found flea bites on his fucky area and luscious thighs.

“The bites, wow, last night was murder because of it. The itching too. It’s such a poxy thing to get caught out on,” he said.

Despite this, the relationship between the former frontman and the rodents is unwavering, with him ordering bags of unsalted peanuts to feed them.

NCT released the second part of their album Resonance. It contains 6 new songs and a new interlude+outro. Also released is the mv for "90's love". The unit for this song consists of: Ten, Winwin, Mark, Jeno, Haechan, Yangyang and Sungchan.

I'm here for Ten! What you guys think of the album? Fav song?

Bow when in the presence of Queen Starfire 🔥 @TheAnnaDiop @hbomax pic.twitter.com/p7Kv2Ez2TX

-Starfire is finally getting her "supersuit" for Season 3 of Titans and a new hairstyle.

-Starfire originally got a uniform at the end of Season 1 but they scrapped the episode all together and the costume.

-No word yet on when S3 will air on HBO Max

Love it, except for the hair color. Give me the S2 red 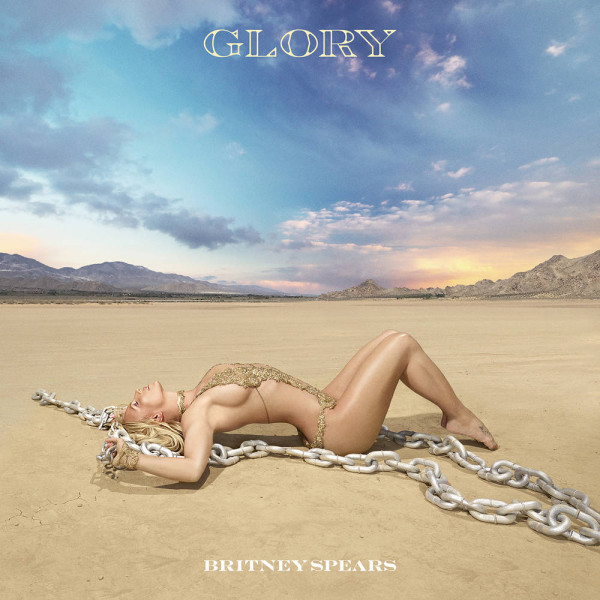 The website Vintage Vinyl includes this description: "Britney Spears’ Deluxe version of “Glory” is now available on opaque white vinyl! The 2 LP set includes all 17 tracks originally featured on “Glory,” two never before released songs and remixes of “Mood Ring.”  (one of the new tracks is probably Swimming in the Stars which for now is only available through Urban Outfitters)

It is set to be released on December 4th.

Dolly Parton takes us through her legendary music and film career, including 'Hello, I'm Dolly,' 'The Porter Wagoner Show,' 'Coat of Many Colors,' 'The Dolly Show,' '9 to 5,' Dollywood, 'Steel Magnolias,' 'Hannah Montana' and 'A Holly Dolly Christmas.'

And in case you're wondering... YES! They mentioned BUSSY. 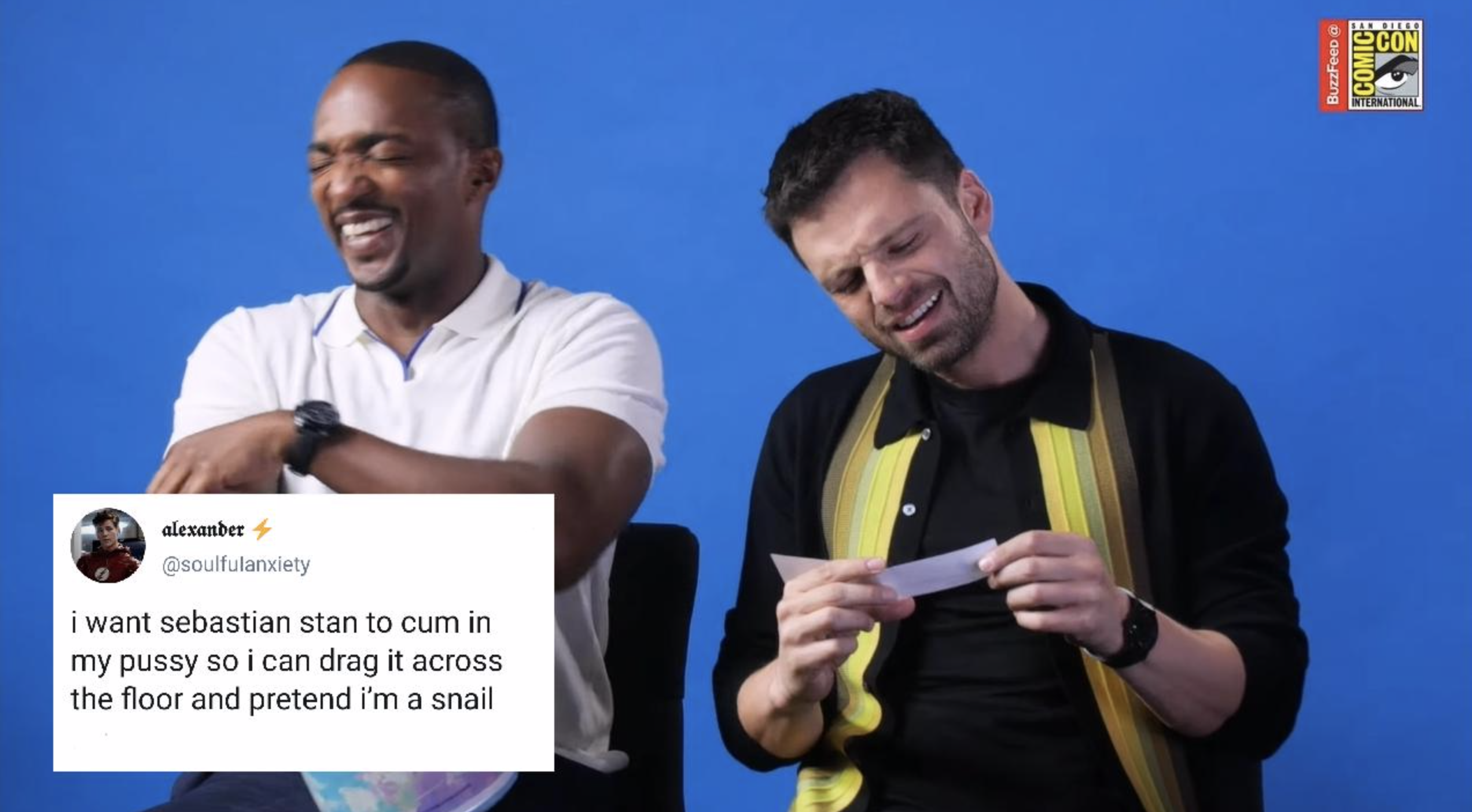 Lukas Gage revealed on Twitter that a director forgot to mute his Zoom and shit-talked Lukas's apartment... with Lukas able to hear.

So, who is the mystery director?

Lol... WHO???
He apparently worked on TV shows like Parks & Rec, Superstore, The Good Place, and Fresh Off The Boat.

Even though he said, “these poor people live in these tiny apartments," he is apparently "mortified."

Open to: All, detailed results viewable to: All. Participants: 224

How big is ur home?

-'Pretty Little Liars: Original Sin' will be for HBO Max and run by ONTD fave Roberto Aguirre-Sacasa
-It will be set 20 years after the original series, and the main characters will be haunted by the sins of their parents by an unknown Assailant (yes, they used a capital A)
-This version will have more murders, mysteries, and scandals
-I. Marlene King will have nothing to do with the show and tweeted that "the bodies aren't even cold yet"
-Back in May, Lucy Hale said she wanted to produce it because she was so protective of the original series
-Who are the girls pictured? The source doesn't say!

And none for the Pretty Little Liars spinoff that left us with a cliffhanger Stonecutters plot...

-Twitter stans are convinced that Megan's collarbone tattoo is a tribute to her twin flame, Machine Gun Kelly
-El pistolero is Spanish for "the shooter" and the two met in Costa Rica
-Megan has yet to confirm or deny the meaning of the tattoo

Three cuts to save ur browser!

Utah NBC Affiliate found the ... thing .... while scientists were counting bighorn sheep minding their business. The 10 - 12ft monolith was planted firmly in the ground.

"Why is this celebrity news?"

The legendary, iconic, and amazing movie "2001: A Space Odyssey" had...a very similar monolith. Except that one was darker. Even monolithes are subjected to whitewashing in this day and age, smh.

Pilot Hutchins: "We were kind of joking around that if one of us suddenly disappears, then I guess the rest of us make a run for it."

Have you found strange, movie-related items in random places?

19 Of The Greatest Friends-To-Lovers TV Couples Of All Time https://t.co/yQxDfL33IH

5/19
- Jake and Amy from Brooklyn Nine-Nine
"I know they were kind of rivals initially, but they were always friends to the core. They're the best."

- Monica and Chandler from Friends
"They're one of the most iconic examples of friends-to-lovers.""

- Joey and Pacey from Dawson's Creek
""Watching them build an incredible friendship that turned into a loving relationship was the best.""

- Chris and Jal from Skins
"Their relationship was beautiful and tragic."

- Winston and Aly from New Girl
"Their relationship was my favorite. They were the best friends and the best couple!"

fave fictional friends-to-lover couple?? // have you ever fell in love with a friend??

The Christmas Setup follows the story of New York lawyer Hugo (Ben Lewis) who heads to Milwaukee with his best friend Madelyn (Ellen Wong) to spend the holidays with his brother Aiden (Chad Connell) and his mom Kate (Fran Drescher), who is also in charge of the local Christmas celebrations. Ever the matchmaker, Kate arranges for Hugo to run into Patrick (Blake Lee), Hugo’s high school friend and secret crush, who has recently returned after a successful stint in Silicon Valley. As they enjoy the local holiday festivities together, Hugo and Patrick’s attraction to each other is undeniable and it looks as though Kate’s Santa-style matchmaking is a success. But as Hugo receives word of a big promotion requiring a move to London, he must decide what is most important to him.

Captain Jack is back for Revolution of the Daleks! #JackIsBack

- Doctor Who is celebrating #DoctorWhoDay since today is Nov. 23!! and the BBC has officially announced John Barrowman will be back as Captain Jack Harkness in just a month for this year's holiday special.
- Barrowman last appeared this past season but he didn't get to meet the doctor, only the companions. You can watch his return here.
- BBC also said: “A Doctor Who Festive Special means treats galore, and there’s no bigger treat than the return of John Barrowman to Doctor Who, for an epic and emotional feature-length episode. If anyone can blast away the sheer rubbishness of 2020, it’s Captain Jack. Daleks beware!”

ONTD, are you excited to see Jack again? 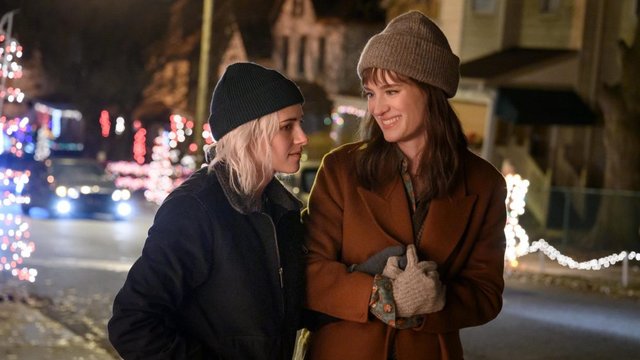 In an interview with Variety, while promoting The Happiest season, Kristen said:

“I would never want to tell a story that really should be told by somebody who’s lived that experience…Having said that, it’s a slippery slope conversation because that means I could never play another straight character if I’m going to hold everyone to the letter of this particular law.”

Many straight stars (like Darren Criss) have spoken out about the gay roles they have played and why they won’t anymore.
source
Collapse