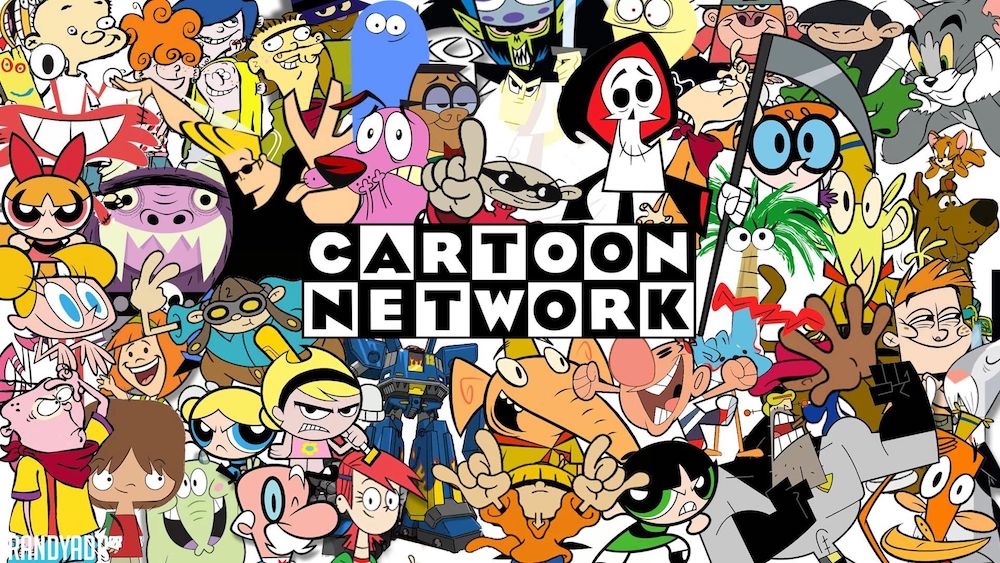 It's time for some more nostalgia after last night's trip down memory lane. Tonight, i give you my personal favorites from the great genre that is TV Cartoon Intros.

Disclaimer: I'm born in Europe in 96, so if I miss I'm sorry. Also I will only be posting the English versions even though that's not what i grew up with.

Why Keanu Reeves and More Matrix Stars Are Under Fire For Wrap Party https://t.co/XDwy7AL61y

Production on “The Matrix 4” in Berlin is coming to an end with a bit of controversy over reports that claim the cast and crew allegedly threw a wrap party under the disguise of a film shoot in order to bypass the country’s coronavirus health safety rules. Guests came as "extras", say report.

According to a report from The Guardian and German outlet Bild, approximately 200 people attended “The Matrix” party on the evening of November 11 at the legendary Babelsberg film studios, located in Potsdam about a half hour from central Berlin. Keanu Reeves was reportedly in attendance.

Based on the 2010 novel Dash & Lily's Book of Dares by David Levithan and Rachel Cohn, Dash & Lily follows the adventures of two teenage New Yorkers giving the other various challenges through a red notebook that they pass back and forth to each other without ever meeting.

Netflix created an eight half-hour episode series just in time for the holiday season. I binged the series last night and was surprised this didn’t get any kind of trailer post here, and I want to discuss (because lbr ontder’s don’t read, unless it’s in the comments).

1. Christmas in New York in the before times.

Corona hew? Social distancing where? Dash & Lily is set in the time from before a global pandemic swept the world, and turned most of the sensible population into stay at home hermits. Who would’ve thought it would just be nice to see people walking around without masks, and just living life without a pandemic care in the world.

( Collapse )
Have you watched Dash & Lily ONTD? Any body else got cute light fluffy recs for the holiday season? Discuss!

Disclaimer: No I am not a shill for Netflix, but if they wanna pay me for writing this DM me Netflix pls, corona affected my coin this year. 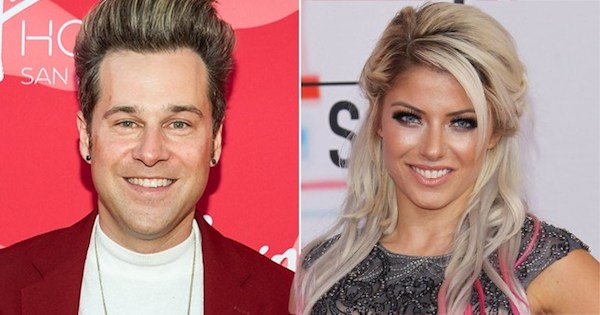 Here's a throwback: Ryan Cabrera, the C-list heartthrob of the early 2000s, has gotten engaged. he proposed to his girlfriend, WWE star Alexa Bliss, over dinner on Saturday. They have been dating for one year; he popped the question on their anniversary.

who is some C-lister you drooled over, ONTD?

Nelly Furtado celebrated the 20th anniversary of her debut album "Woah, Nelly!" a few weeks ago. The album spawned the hit songs "I'm Like a Bird" and "Turn Off The Light" and was nominated for multiple Grammy's. To mark the occasion, she released an expanded edition of the album that includes b-sides, live tracks, and remixes.

Fav song on the album?

From the trailer:
"Directed by Frank E. Abney III and produced by Paige Johnstone, CANVAS tells the story of a Grandfather who, after suffering a devastating loss, is sent into a downward spiral and loses his inspiration to create. Years later, he decides to revisit the easel, and pick up the paint brush… but he can't do it alone."

Please play the credits. They're part of the movies. You should know this. Your company acquires the rights to movies. Don't you like movies?

If you've ever watched something on a streaming service, you have probably experienced the whiplash that comes when a movie ends and another one starts after a five or ten second grace period, during which you have to press the "cancel" button if you'd like to continue listening to the end credit song or seeing who played that guy. Comedian Mike Birbiglia takes issue with process, saying that the credits being skipped are part of the experience, and should be played through rather than skipped by default. A lot of people agreed, including a few notable names:

But there were plenty of responses to his tweet that expressed the view that no one cares about credits, and that while they may be important to actors and creatives, they're just not important to the average viewer.

Birbiglia then proceeded to offer up a suggestion that would solve the issue:

Quick follow up to this tweet: I was just talking to one of my favorite directors Adam Leon who pointed out that the credits on streaming platforms could easily be an “opt-out” instead of an “opt-in.” Anyway, that’s it. For my money that’s the best solution. That’s the tweet. 🎥

Open to: All, detailed results viewable to: All. Participants: 624

Should streamers play the credits?

What do you think, ONTD? Should they let the credits play, or are you moving on once the show's over??

#Freaky topped the box office this weekend with a $3.7 million debut https://t.co/s1zzfDMkhB

Blumhouse's Freaky took the top spot at the weekend box office with $3.71 million. Let Him Go dropped to #2 with $1.8 million but dropped 55%.

On the limited side, Kate Winslet and Saiorse Ronan's Ammonite opened to $85,000 in 280 theaters. Neon announced earlier this week that the film will be on PVOD on December 4. 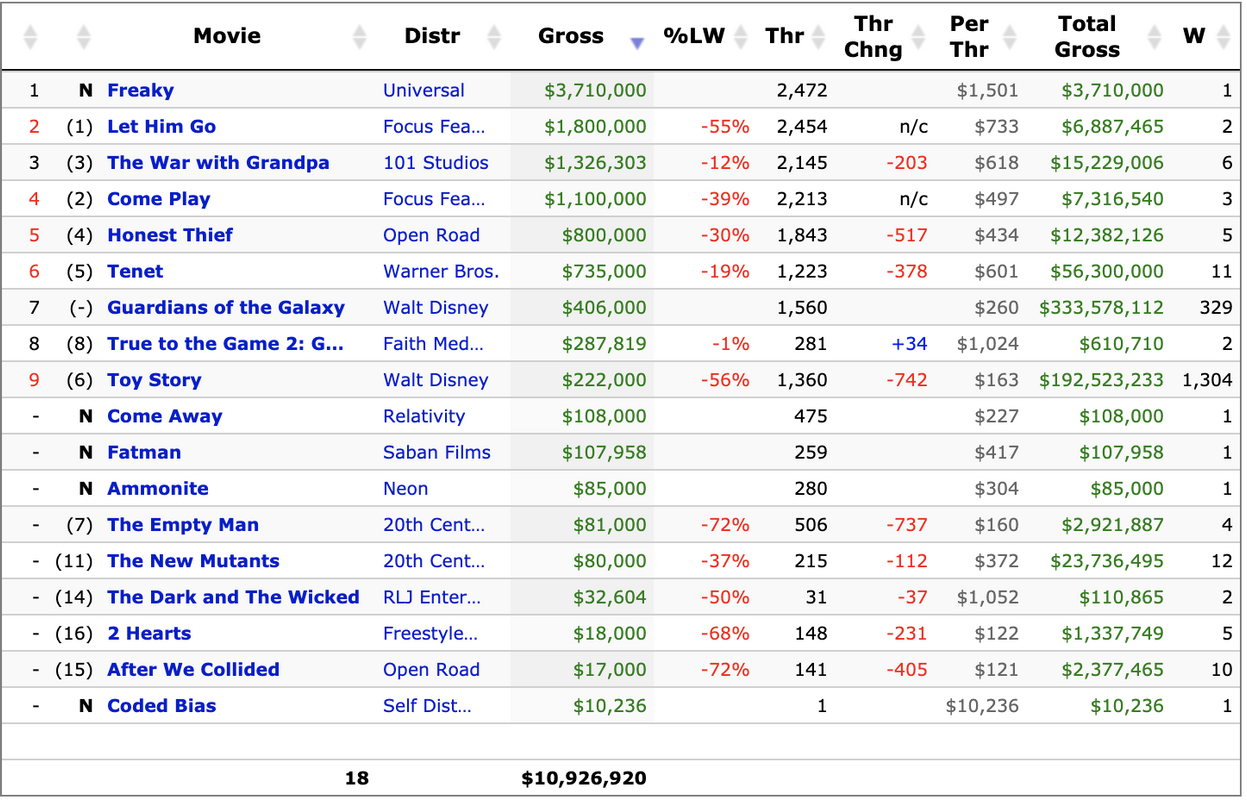 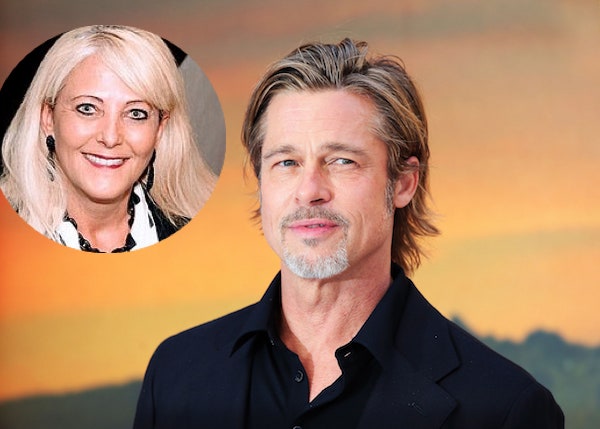 A court in Texas threw out a bizarre lawsuit filed by a woman who was scammed by a man pretending to be Brad Pitt. After being catfished, she filed a lawsuit against the real Brad Pitt for $100,000.

Here is the weird-ass saga:

What are your favorite famous scams, ONTD?

these two are friends? more? who knows. cute puppies!

As 15 seasons come to a close, EW pays tribute to all the fierce female characters who have come and gone.​ https://t.co/kGhWFuN5a7

-This week marks the official end of Supernatural, one of the most "Boys club" television series there is.

-But behind every great male character on Supernatural, there is an even more superior female character...even if most of them were killed off.

-Out of 327 episodes, the longest running female character on Supernatural is Mary Winchester who appeared in 39 episodes, followed closely by Rowena with 34 episodes.

-Some of the other most notable female villains on Supernatural were Meg (originally played by Nicki Aycox) who was a constant thorn in the Winchesters sides along with Ruby (played by Katie Cassidy and Genevieve Padalecki).

-Ellen (Samantha Ferris) and Jo Harvelle (Alona Tal) were the shows first female hunters introduced and were a mother/daughter duo.

-Charlie Bradbury (Felicia Day) was a very popular character amongst Supernatural fans and one of the few women killed off that were allowed to come back...even if it were a doppelganger.

Who is your favorite female of Supernatural? Still bitter over Wayward Sisters not getting picked up?

After mocking pronouns, the worst part of The Mandalorian decided to go all in on shitty political takes.

She also shared that you can find her on a social media platform filled with even more nazis than twitter, Parler, which is rife with anti-Semitic conspiracy theories.

You can join me over @parler_app
I go by GinaJoyCarano 🎈Joy is my middle name. 😊

Her likes are also a mess:

#FireGinaCarano is now trending, and her likes are now filled with people defending her bc she is weak

Why are millennials so annoying? Onscreen, millennials are often the butt of the joke, represented by characters with a litany of negative traits. But it’s also notable that the rise of negative millennial stereotypes coincides with an increase of pop culture made by millennials. So are these tiresome characters a form of self-aware criticism, or do they simply reflect the problems that millennials have been forced to live with, in a world that seems to love to hate them? Here’s our Take on the trope of the annoying millennial, and why it may be time to reevaluate one of our culture’s favorite scapegoats.

Are you an annoying millennial??

The #RHOP 'Wives LOVED their cast trip to Portugal—let them explain to get you pumped for what's to come in TONIGHT's episode at special time, 8/7c! 🔥🔥 pic.twitter.com/qUwDHHIT5W

- "Jamal lives in the phone." 🤳🏽 Another iconic quote from our fave feud flip flopping wig shifting auntie Kurn. She knew Blu Cantrell 1 wasn't buying no jewelry for herself without a man there, so surmised she was with Juanderful Juan
- Despite her opening tagline, Blu Cantrell 2/Her Brokeness is still getting played
- the talking heads about Ashley's toboggan transportation antics sent OP
- for some gawd forsaken reason, E! has infiltrated our viewing enjoyment. Why are they here? OP is on her Strom Thurmond to challenge this integration
- The Nosy Sugar Baby is befuddled why Skippy Concealer Candiace is talking to her about motherhood
- Ashley's bazungas look phenomenal in that dress, she still turrible though
- "okay clipboard!"
- no trying to be an asshole, but how in the hell does Candiace think getting a dog and her wig glue resiliency against Hurricane Monique give any indicator she'll be a good mom? She needs to get away from her actual mom, probably to work some shit out.
- the pageant gorls go at it about their feud pre-Baby Dean
- Blu Cantrell 1 and 2 is letting Ashley have it and OP is here for it (ready, early, on time, homework turned in)
- The Nosy Sugar Baby and the Green Eyed Bandits continue their third installment of these toilet pranks. Pizza in Great Falls, #freeuncleben, and now Along Came a Spider
- watching them watch the monitor for this prank - Housewivesception
- Her Brokeness reviews the Embezzled photoshoot pics so she can escape the clutches of the IRS
- Kurns hates the dick of the Black Broke Gates!
- Mar-A-Lago Monique ain't nowhere to be seen and still makes an appearance. She asked Ashley to serve as a character assassin against Candiace (mostly notably the buttaknife incident). Robyn was laying down fax, hunny.

After a couple of decades since the first Pokémon cereal appeared on stores, there haven’t been any more, but reports are now surfacing that retailers are starting to carry a new cereal based on the popular franchise.

General Mills is behind the product. Pikachu is featured on the box as well as in the actual food. So far the cereal has been spotted at Walmart, though other stores should have stock soon as well.

Did you try the original cereal, ONTD? Cereal post

- An author goes on a trip with her friends in an effort to find fun and come to terms with her past. Her nephew and her new literary agent join the adventure.

- The film comes out on December 10 on HBO Max.

Rebel says that she turned 40 this year and hadn't really focused on her health before this.
Thinks she suffers from emotional eating, and she used it as a way to cope with the stress of being famous.
Her diet was mainly all carbs, and she needed to eat a lot more protein.
Has lost 40 lbs this year so far, and plans to lose a few more, but loves her curves and won't go too skinny.

19 Famous Couples Who Have Been Together For Ages But Are Also So Under The Radarhttps://t.co/xBq31LkQEH pic.twitter.com/iE6FkvlPlW

5/19 Famous Couples Who Have Been Together For Ages But Are Also So Under The Radar.

- Alison Brie and Dave Franco (together since 2012)

- Rose Byrne and Bobby Cannavale (together since 2012; two kids)

- Maya Rudolph and Paul Thomas Anderson: (together since 2001; four kids)