'Could we BE anymore excited about this episode!? Today, our SortedFood resident Chefs, Ben and James are challenged to cook three incredible recipes from the official Friends cookbook by Amanda Nicole Yee, where all of the dishes are inspired by the iconic scenes from the TV show! Oh... MY... GOD!'

Selena Gomez (Another Cinderella Story) has been cast in the big-screen biopic about Peruvian mountaineer and social entrepreneur Silvia Vásquez-Lavado.

Titled In the Shadow of the Mountain, the film is based on upcoming memoir of the same name (scheduled to publish in winter 2022) by Vásquez-Lavado, who became the first Peruvian woman to summit Mt. Everest and the first openly gay woman to complete the Seven Summits, a challenge to climb the highest mountain on each continent.

A victim of childhood assault and neglect, Vásquez-Lavado found healing and power in mountaineering. Her work in survivor circles has been heralded, particularly her efforts to organize treks to Mt. Everest's base camp for other women who have endured abuse.

Elgin James, the writer-director of Little Birds and co-creator of FX’s Mayan’s M.C., has been hired to write and direct In the Shadow of the Mountain.

Lots of reasons to celebrate over here. Lots of reasons for hope too. Baby boy and mama are doing swell. Praying for him and all the little ones on the way! The new class!! 🙏🏾🤟🏾 ...We’ll make it right for you.

The couple, who have been married since 2012 and have one daughter, Lucille, shared on instagram that they are expecting a baby boy! Big congrats to them!

ONTD, have you checked out Leslie's Christmas album yet? His duet with Nicole is soooo beautiful!

TXT (Soobin, Yeonjun, Beomgyu, Taehyun and HueningKai) have premiered their new music video for WE LOST THE SUMMER from their critically acclaimed and highly successful "Minisode1: BLUE HOUR" EP. This dancehall track hits you right in the quarantine feels with a more "online centric" portrayal of pandemic life throughout 2020, and features Charli XCX as a writer and composer.

Currently, the boys sit at number two on Billboard's #Social50 chart with Ariana Grande coming in at number four, and BTS holding the top spot at number one for the 204th week in a row.

Did you lose your summer, ONTD? What will be different for you in 2021?

This weekend marks an uptick in releases, likely tied to the approximate start of what will be a long, strange award season. Besides Mank, the most obvious and likely award-contender of the bunch, other films like Ammonite, Wolfwalkers, and The Life Ahead will also be seeking awards buzz. If you were just looking at the actors involved, you’d think that Hillbilly Elegy would be included on that list, but the dreadful critical response seems to have dampened any hope on that front.

The films listed are from studios other than the “Big Six” - Paramount, Warner Brothers, 20th Century Fox, Universal, Columbia/Sony and Disney. All films listed will be available at their respective sources on Friday unless otherwise noted. Check out the posts from the past few weeks for more movies that may have already come to VOD: November 6th, October 30th, and October 23rd.

Stars: Kate Winslet, Saoirse Ronan, Gemma Jones, Fiona Shaw
Writer/Director: Francis Lee
Genre: Biography, Drama, Romance
Plot: In 1840s England, acclaimed but overlooked fossil hunter Mary Anning and a young woman sent to convalesce by the sea develop an intense relationship, altering both of their lives forever.
What you should know: Filmed on-location in Lyme Regis, a town in West Dorset, England, where the real Mary Anning worked and collected fossils in the early 1800s.
Where to watch: In theaters; will be available VOD on December 4th

About Rewind this year. pic.twitter.com/oVayH8iyqG

ONTD, let's give this a spin... what are some of the few GOOD things that happened this year in entertainment? Shakira and JLO's halftime show, Rain on Me, Destiel, Doctor Who's finale, Lovecraft Country, Schitt's Creek at the Emmys, the TV reunions... what else?

The video features Billie running around an empty mall and stealing snacks from the food court.

“In the midst of everything going on in the world and with me, this album will be fun, exciting and some GOOD NEWS.”

We can't believe we have to say this, but please do not blow vape smoke into your Xbox Series X.

A video appeared online claiming that 'smoke' was billowing out of the top of a brand new Xbox Series X, and that it was the result of the console shutting itself down due to a fault. The video is dubious at best, but that still didn't stop some onlookers from worrying for their own next-gen consoles. To shut the spread of misformation Microsoft has asked users to not blow vape smoke into Xbox Series X consoles.

*in an ep of 24/365, blackpink visited and played with some pandas

*yg entertainment issued a statement but not an apology, saying that the girls were wearing proper hygienic clothes and masks, and that they wouldn’t air the ep featuring the pandas

*yg asked that everyone stay loving both blackpink and pandas

*the panda in question is fu bao (means “lucky treasure”), and he is adorable.

-The Weeknd has been chosen to perform at the 2021 Super Bowl Halftime show.

-The first Halftime show was in 1967 and University of Arizona Symphonic marching band among other bands performed.

-Marching bands and themes prevailed ,with guest including Ella Fitzgerald and Carol Channing(1972-Salute to Louis Armstrong)


more under the cut

Was he inspired by our very own ONTD Original: Songs You’d Hear In A H&M Dressing Room?

Brandon Flowers and someone named Snake compiled a list of songs you'd listen to at one of Borders' listening stations. The list reeks of 1998!

And if you don't know/forgot what a listening station was, it was usually a 5-disc CD player with a pair of communal headphones, located at your local music or bookstore. The hottest CDs were available for listening, to help you decide what to buy next. The Spotify of their time!

ONTD, what songs were you listening to at those listening stations? 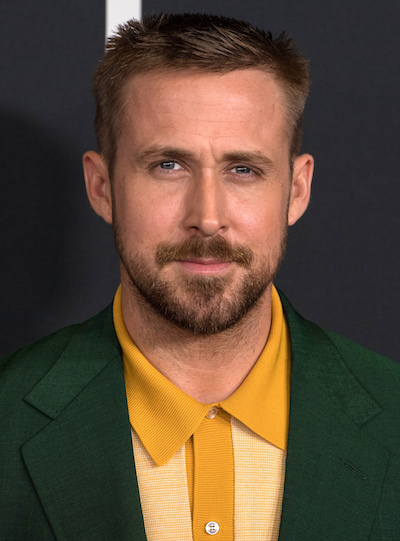 Remember when Ryan Gosling was still a baby-faced almost-movie star? Well, now he is 40 years old. The Sagittarius Scorpio (okay, okay, sorry!) apparently celebrated his birthday with his wife and daughters.

He started acting in small gigs in his native Canada, then got on The Mickey Mouse Club.

Once he rose to prominence, he quickly became a heartthrob.

He even starred in some dank memes.

He is now a family man and prestige-chaser. No Oscar yet, though. 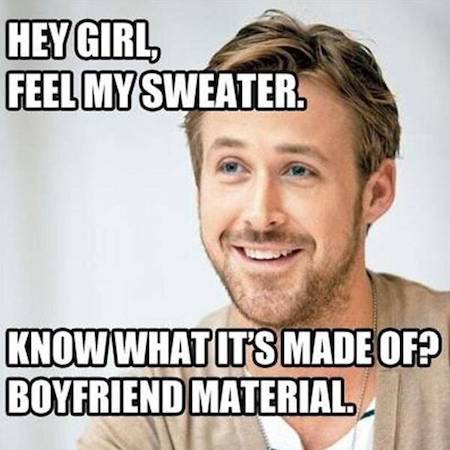 Open to: All, detailed results viewable to: All. Participants: 204

which actor is/was ur crush, ONTD? 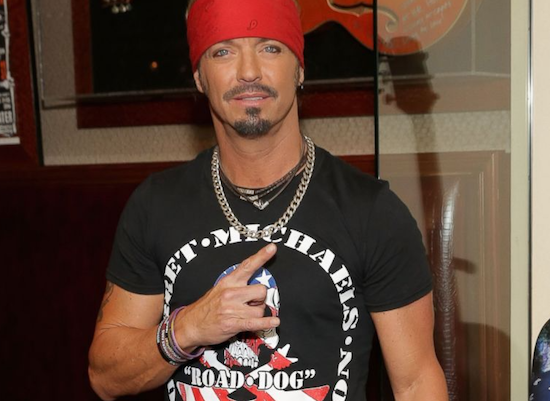 Am I reeling from the results of a turbulent and corrupt election that shook a democratic country to its core?

I am shooketh about Bret Michaels.

A SHOCKING revelation has come out about his past.

He... He... He... [a spoiler to shield you from trauma]apparently was not actually interested in the women on "Rock of Love."

A producer has revealed that he was only interested in one contestant: [complicit in fraud]Kristy Joe Muller from season 3

Open to: All, detailed results viewable to: All. Participants: 198

knowing this FARCE, would u still go on "Rock of Love?"

idk if i can go on

Ontd what is your favorite ice cream and has it changed since the covid era?

Somehow, the X-Men spinoff The New Mutants has managed to sustain prerelease buzz ever since its first teaser trailer dropped all the way back in 2017 — though audience awareness has mostly kept pace because of the movie’s superhuman ability to elude release.

- Chris Lee, “What Happened to THE NEW MUTANTS”, Vulture
(it links to a tweet I hope that's okay bc it's not embedded?)

The New Mutants is a 2018 2019 2020 American superhero horror film based on the Marvel Comics team of the same name. It is the thirteenth and final installment in the X-Men film series

It was one of 2 major movies to come out after most theaters in the states were closed (The other was “Tenet”). It took so long to release this movie that it was executive produced by Stan Lee, who died in 2018.
How Did the Critics React?
[Spoiler (click to open)]

It’s also sitting pretty at 33% on Rotten Tomatoes...which is much better than other movies I saw in 2020!


However, unlike my Artemis Fowl post, where I knew everything about the source material...I don’t read Marvel comics. I don’t know who these children are.

What I know about this movie’s subject matter before I watched it:

I’m more surprised they actually cast a Native American, as Blu is from the Lakota tribe.
I don't think she's particularly good, but that goes for 4/5 of the youth cast.

Dani’s power being making people relive their memories physically is a super effective tool in revealing the backstories of everyone.

I wonder how the prop search went for this. “We need those blankets - you know the ones - the waffle blankets. Super scratchy. Kind of thin. YES, that’s it!”

Compared to other superhero movies this year...it's much better than "Bloodshot" and it's much, much worse than "Birds of Prey".

sources are in the post also me, totally legally paying for this movie 🌚, taking screenshots.
There's another movie I want to do this for but I don't know if I can stomach it again.

Ballerina Marta C. Gonzalez - who lived with dementia - is taken back to her days dancing in Swan Lake thanks to the power of music.

This clip shows what an important tool music can be for people with dementia. So beautiful to see! 💙🎶@DespertarMusica pic.twitter.com/w6Y2W7Ee52

Marta C. González, who was a New York City Ballet prima ballerina, instantly remembers her routine from more than 50 years ago.

In the footage, Marta - who sadly passed away in 2019 as a result of her condition - is sitting in a wheelchair at her care home in Valencia and lights up after hearing the classical piece.

She gestures for the music to be turned up and begins to perfectly move her arms to the music, as she did on stage in 1967.

The inspiring story of a BMX champion John Buultjens (Shane Graham) who overcame an abusive childhood through the love and life lessons of his interracial foster family.

The Ride will be available on the Amazon Prime on Friday, November 13, 2020. It won Best Film at the Newport Beach Film Festival in 2018.

American arcades are largely dead, killed by negative public sentiment and advancements in personal gaming. But arcades in Japan were able to survive and today are thriving. Even amidst a global pandemic. Cheddar Explains how Japanese arcades evolved to stay relevant.

Do you/did you play Arcades games?? Do you wish your country had those Arcade/Game centers like Japan has??

The Weeknd announced on his social media that he will headline the Superbowl halftime show on 02/07/21.

After 15 seasons, the longest running sci fi series in the US is coming to an end. Baby, it’s the final ride for saving people and hunting things.

STAYC is a new girl group that just debuted with “So Bad” the girls are serving visuals and vocals, the song is interesting and OP is already mesmerized love with YOON’s beauty (the girl with the bangs/blue wig) anyways, I am always here for a new GG