More under the cut


James Kimberly Corden (It's a tradition for the males in his family to pass on the middle name. He passed the name down to his son as well)

BAG's ex-fiance Vanessa Marcil and the mother of his 18 year old Kassius, as well as Courtney Stodden, who dated BAG during the summer, came out in support of Megan Fox after she accused him of posting photos of their kids on his social media to portray her as an absentee mother.

"Thankyou for being the soundtrack to my life," @CharlizeAfrica tells @depechemode as she inducts them into the @rockhall https://t.co/6icVJUC9mT

Charlize Theron inducted Depeche Mode into the Rock and Roll Hall of Fame last night, saying there has been a Depeche Mode song for every occasion in her life - her first date, leaving South Africe, first heartbreak, etc.

She says their music makes you feel like it's okay to be different, and that she cried when she saw them live. (You and me both, Charlize!)

She also says their induction should have happened 20 years ago.

In Dave Gahan's acceptance speech, he said, "I think music really brings people together, and God knows we need that more today than it seems any other time." He also says "music saved us" and that he would have been stealing cars or "something dodgy" if the band never happened.

They're bringing Miley back. https://t.co/8P3cav16Oj

With Joe Biden's victory, Miley's 2009 hit 'Party in the USA' was blasted across the nation, entering iTunes' top 40 by 6PM Saturday.

Miley also acknowledged the victory on Instagram, posting clips of Joe and Kamala paired with her song.


over the past week BTS has been posting concept photos for each member in rooms they've designed(you can see those photos here). today they've posted a clip of the members all lounging, walking, and dancing around the rooms alone and together. only 12 days until BE is released.

Alex Trebek has died at age 80 after a long battle against pancreatic cancer.

-Lipa talks about how video of her dancing at her concert, that made the rounds on the internet briefly affected her mental health.

-Lipa : "They would take one small thing and run with it.I would see someone recording me and think,'They are filming it so they can laugh at me or something.' "It was a tough time, but it made me more stronger."


More pics and interview under the cut

"I’d go on stage and if somebody was filming me... I was like, 'They’re going to film it so they can laugh at me'."@DUALIPA says trolling over viral dance video 'messed with' her mental health:https://t.co/Rwndzu5Q6d pic.twitter.com/8yKU80jnfU


It's @DUALIPA's world, and we're all just living in it.

The War with Grandpa ($1.5 million), Honest Thief ($1.1 million) and Tenet ($905k) rounded out the Top 5. Warner's announced this week that Tenet will be arriving on home media December 15.

The weekend saw a $1 million gross improvement over last week, but with this past week averging a staggering 107k coronavirus cases and Disney already moving their last two wide releases of the year off the calendar, the likelihood of things getting any better for theaters is slim.

Next week sees the release of horror-comedy Freaky, as well as the limited release of award-hopeful Ammonite. Streaming services will debut documentaries Fireball (Apple) and I Am Greta (Hulu). 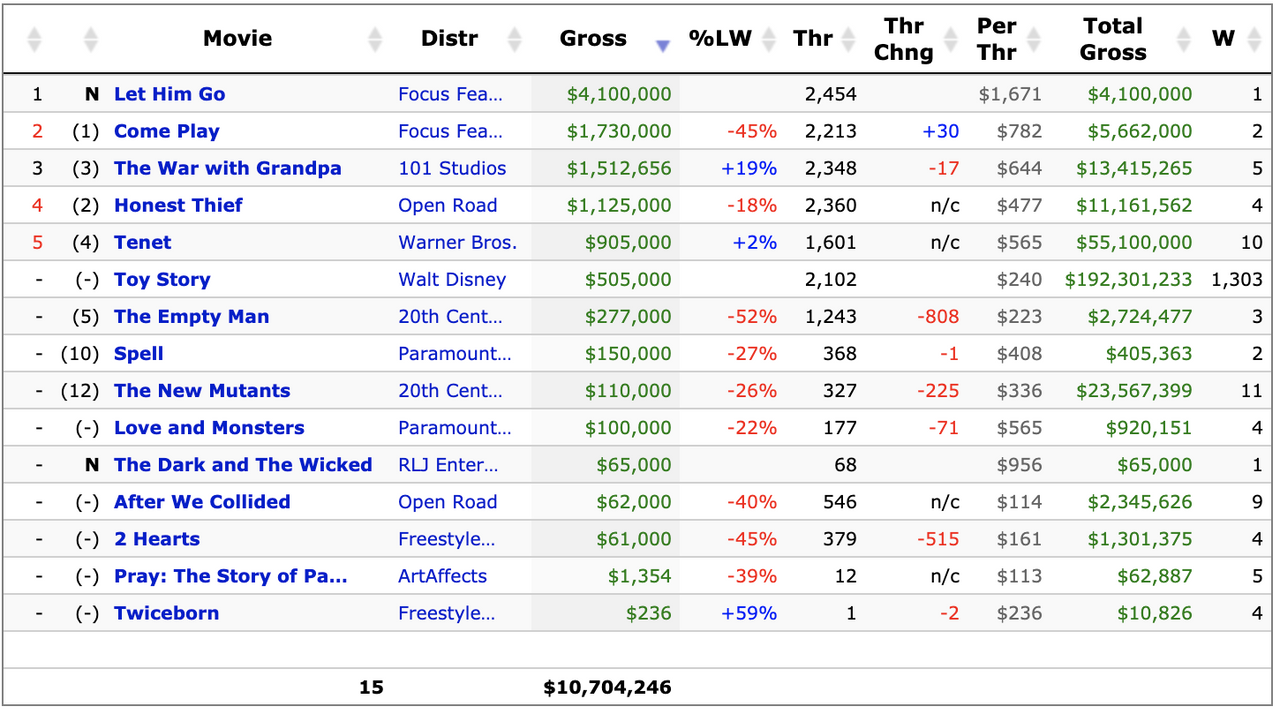 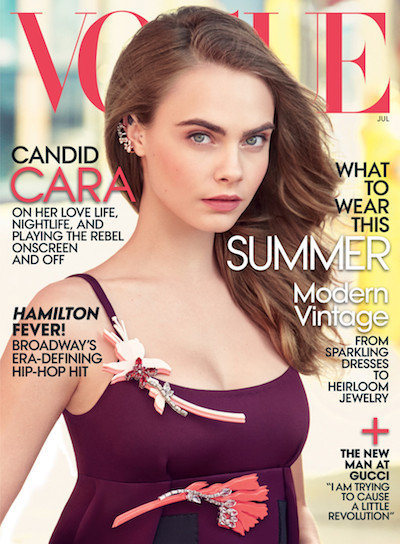 Ready to wrap up your Sunday by revisiting a trainwreck of a celebrity interview?

Cara Delevingne's first major interview for Vogue was a huge disaster. She was a major it-girl as an edgy model, but she was also pandering to a tween audience. It was around the same time that Cara was photographed allegedly dropping a baggie of cocaine.

Vogue is infamous for its ass-licking profiles. So the fact that the writer called out Cara says a lot.

Open to: All, detailed results viewable to: All. Participants: 151

Ever overslept bc you were partying the night before?

Season 2 will be set in New York City and focus on Harper’s character as he comes out of a years-long relationship with the woman he thought was going to be his person. The rug pulled out from under him, he is plunged back into the search for the romantic fulfillment that he thought he had already found. Season 1 star and series executive producer Anna Kendrick will make appearances in the season, reprising the role of Darby.

More peformances under the cut


Tate Mcrae 'You broke me first"

Sunday was Remembrance Day in the UK. During the ceremony, Prince Charles laid a wreath for Queen Elizabeth and one for himself. Prince William also laid a wreath

According to The Sunday Times, via People, Harry wanted a wreath to be laid at the Cenotaph on his behalf, but he was was refused permission by courtiers on the grounds that he is no longer representing the monarchy.

Prince Harry stepped down from royal duties in March.

Harry is understood to be deeply saddened by the decision, the clearest sign yet that his official links to the royal family are permanently severed.

I couldn't find a tweet for this so hope it's okay anyway, okay so some person on reddit (ew) was like "What 100% ruins a movie for you every time?" so here's 5 out 21 super-annoying things that ruin movies 100% of the time, you can read the rest at the source.

- "Badly implemented product placement. Product placement itself doesn't bother me — like, if there's a character driving a Toyota or eating a Pizza Hut pizza, I don't mind. However, if there's a pointless shot in the movie that shows a Bud Light logo for 10 full seconds, I do mind."

- "When the premise of a major conflict in the movie is something that any sane person would have just said, 'Oh no, there's been a misunderstanding!' and they all would've just had a laugh and gone on with their lives...but instead it turns into some convoluted drama."

- "Violence without consequence. Like, sure, the good guy got beaten within an inch of his life, but the next day he'll get up and mete out justice, when, in real life, he would normally be looking at three months of physical or occupational therapy. I have friends who've been on the wrong end of similar physical trauma, and...it's not pretty."

What things ruins films (or tv) for you??

- thank gawd the election didn't interfere with the only oligarchy I care about
- Pageant Peanut Butter Foundation is going to take some of her momma's money to get some luggage
- MLMonique rolls up in her Rolls Royce, damn maybe OP should shill essential oils. She meets with Flip Flopping Kween Kurn to discuss what the Nosy Sugar Baby said at the podcast that no one attended
- Can you believe it girls? SweatyBack ClosedSteakhouse actually is interacting with his son! Can you believe it girls? He's still a top tier piece of shit.
- We done learned that Mar-A-Lago asked the Nosy Sugar Baby to recount Season 4's infamous dinner in an affidavit, deposition, subpeona (OP doesn't fucking know). Don't ruin yo momma's table. She really need to stop running her mouf about the accusations against Michael.
- Well maybe she should because OP hopes the production team lights her ass up! (If case you forgot, a cameraman filed charges saying that Michael groped him while at work. Katie Rost was fired after Season 1 for saying that Michael had done that to her boyfriend and other members of the crew with no consequences from Bravo. I gotta stop watching this shit, honestly.)
- "ACTING SURPRISED'
( Collapse )

ONTD, what's your travel destination? You can only answer if you have earned 4 PhDs, thank you! Also, where is this heffa going with this rhinestone headband? What's it even holding back?

Eva Longoria appeared on MSNBC and found time to undermine black women and their role in securing the Biden/Harris presidency.

“The women of color showed up in big ways. Of course you saw in Georgia what black women have done but the Latina women were the real heroines here... beating men in turnout in every state and voting for Biden/Harris at an average rate close to 3 to 1 and that wasn’t surprising to us...”