The coronavirus has inspired several artists to release music relevant to what's going on in 2020...


Sample lyrics: "You can't have what's next til you hang with it for awhile/This is house arrest/Come but wear your Sunday best"

Fun fact: This song was written over a year ago when singer Sophie Hawley-Wild broke her leg in Australia and couldn't leave the house. However, when COVID hit, the lyrics took on a whole new meaning. And now Sofi Tukker plays this song daily on their live 1 PM EST DJ sets on Instagram.

ONTD, what have you been listening to for the past 7 months?

Lucas Bravo, 32, who stars as Chef Gabriel on Netflix’s “Emily in Paris,” is responding to the negative reviews French critics are giving the show. The model turned actor spoke to Cosmopolitan and addressed the backlash amongst French critics of the series, saying he agrees with them to a certain extent.

Cosmopolitan: Speaking of France, there have been a lot of critiques of the show from French critics. Do you think those are valid?

Lucas: I think they're right, in a way. We're portraying cliches and we're portraying one single vision of Paris. Paris is one of the most diverse cities in the world. We have so many ways of thinking, so many different nationalities, so many different neighborhoods. A lifetime wouldn't be enough to know everything that's going on in Paris. It's an entire world in a city. At some point, if you want to tell a story about Paris, you have to choose an angle. You have to choose a vision. French critics, they didn't understand the fact that it's just one vision. They're like, "Oh, this is not what Paris is." Of course. Paris is many things.

You can read his full interview below at the source.

James Charles sat down with supermodel Naomi Campbell for and interview in her YouTube show, No Filter.

The two talked about beauty, and Naomi asked him what work he's had done. "I have lip filler, I have botox, I'm very open about it." Continuing "My dad has literally the worst forehead wrinkles you could imagine on anybody, ever. So, for me, it was very much just preventative." With Naomi chastising I’m for being too young, at 21. "There's not a lot in there. I can still move everything around. And just a little bit in the lips because they were needed."

Have you had fillers and/or Botox, ONTD?

.@BLACKPINK’s #THEALBUM debuts at #2 with biggest debut ever for a female K-pop group https://t.co/dFtkY7nPsl pic.twitter.com/NUYobjz0h7

I won't keep you in suspense: today on SkyTV's Instagram account, series lead Teresa Palmer announced that the show would finally be back January 8th in the UK on SkyOne and NowTV, and January 9th on Shudder/Sundance Now for Canada and the US.

No other regions/countries were announced at this time, but it'll likely be on HBO Nordic around the same time, and Foxtel in Australia a little later.

Instagram story and today's NYCC panel under the cut.

ONTD's tiny group of ADoW love-to-hate-to-love-it fans: are you excited, or had you basically given up on this delightfully stupid show?

They say you can’t outrun your destiny but Shadow’s sure as hell gonna try. American Gods returns to early 2021.

New cast includes Danny Trejo (From Dusk till Dawn: The Series), Dominique Jackson (Pose) , Iwan Rheon (Game of Thrones) , Eric Johnson (50 shades of gray), Herizen Guardiola (The Get Down) and Ashley Reyes . Devery Jacobs returns with her role being more prominent than the last season.


____
I know a good trailer means nothing and that everything bts of this show is a mess but i have hope.

It's the weekend and you know what that means: making love to any and all of the people / strangers / yourself that you trust not to give you COVID. But what are you going to play in the background to set the mood? I present the Carly Rae JepSEXY playlist. 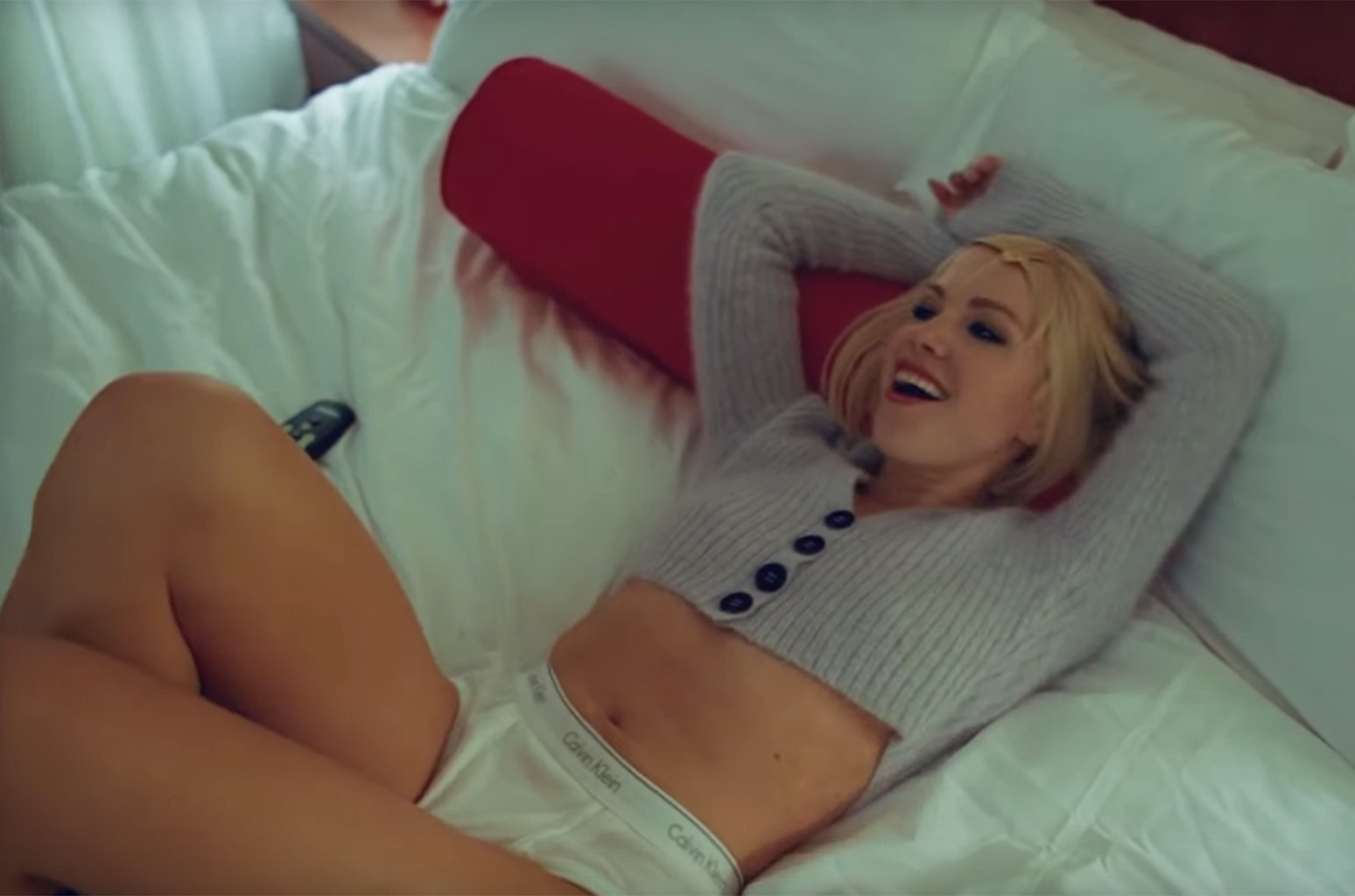 Nico talked to Attitude for their November issue about identity, polyamorous marriage and sex.

Tortorella is married to wife Bethany C. Meyers. They met in college, entering a relationship for 15 years, both exploring their sexualities independently from the other, describing as a “serial monogamist” in polyamory. “I’m married, but I love dating one person at a time. I have a partner in LA for a long time, but I’m not his only partner; he’s not my only partner”.

Do you manly bottom, ONTD?

-Zoe Kravitz posted a picture on Instagram holding her mail in voting ballot.

-Zoe captioned the post, "So a lot of you have been asking me about my skincare routine;I start by voting as early as possible for #JoeBiden and #Kamalaharris and all the other Democratic candidates.then try some eye cream if you haven't been sleeping well because the president is a racist."

Ontd: Have you voted yet?

-They also performed it and fan-favorite track "Wish You Were Here" for their one-year anniversary celebration live event last week:


Interviews under the cut

“This is a complex time. But as cheesy as it sounds, I believe that any challenge we’re served is a chance to evolve.” Actress, producer, and fashion darling Kate Bosworth talks being a "control freak," texting with Jason Wu, and styling herself.​ https://t.co/hJwFjR2Fom

Alicia Vikander and Michael Fassbender are photographed in a rare appearance out together, enjoying some time in Sweden this week.

A covidian baby for Alicia and Michael?

Well, i guess you have no choice now.

This snakey has nothing else to add, except that they would like to remind you that your voice does matter, and that your vote does count. Go out and mail that ballot, babe!

Source:
https://mobile.twitter.com/MailOnline?ref_src=twsrc%5Egoogle%7Ctwcamp%5Eserp%7Ctwgr%5Eauthor (sorry mods, i cant seem to link it!)

ontd are you voting differently from your parent(s)? 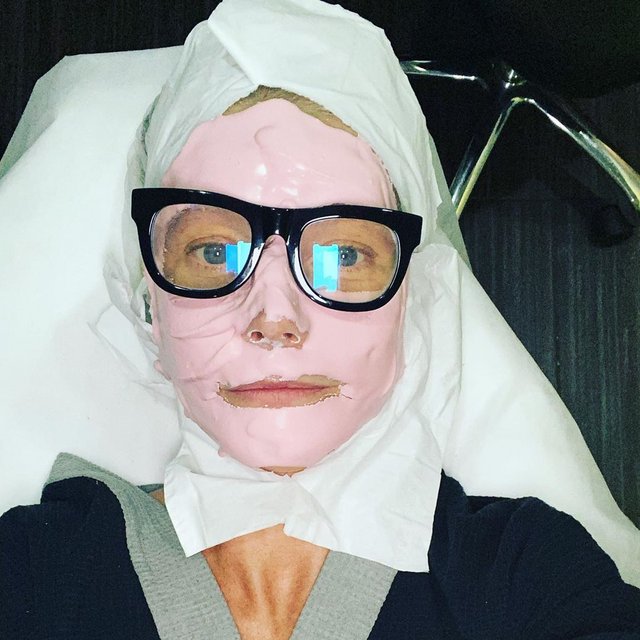 Can you guess what actress is hiding behind glasses and a pink face mask?
( Collapse )
source

Saturday Night Live’s Beck Bennett and Kyle Mooney are the latest celebs to read thirst tweets for Buzzfeed. Apparently there are 8,5 minutes worth of thirst tweets about these two. I don’t really know what else to say.

Season 2 kicks off tomorrow and I can't wait!
Collapse