#BreonnaTaylor for our September cover. pic.twitter.com/yyulcONtgv


In order to highlight black women who have been lost to police brutality, O Magazine will not have Oprah on the September 2020 cover. Instead there is a portrait of Breonna Taylor, the dedicated 26 year old EMT, who was murdered by police during a no-knock drug raid. The issue will also highlight other black women who have been victim to police brutality. No charges have been filed in the death of Breonna Taylor, just so happens that one of the Paul Blart mall cops is galavanting in Florida of all places.

British singer Adele poses in front of her fireplace, looking barely the same, to show some love to Beyoncé for the release of her new video

"Suddenly my body simply revolted," Lena Dunahm wrote. "The nerves in my feet burned and muscles wouldn’t seem to do their job. My hands were numb" https://t.co/DjCYZEqqzS

edit: oop my mini write-up deleted but
- Lena Dunham was confirmed covid-19 positive in March
- Initially her symptoms mirrored her other chronic conditions; achy joints. The next day fatigue set in and her fever spiked. Shortly after her body "revolted" and other symptoms developed like lack of taste, numbness, nerve pain, hacking cough, shortness of breath, pounding headaches and more.
- After a month of treatment by her private doctor, she tested negative but she still experienced numbness and a unending migraine
- She acknowledges the privilege she has to have private healthcare and a flexible job, and asks people to be "sensible and compassionate" to prevent the spread of disease.

.@JakePaul says that he doesn’t know if he will stop partying during the COVID-19 pandemic:

“No one has answers, our leadership is failing us... But I personally am not the type of person who’s gonna sit around and not live my life.”

Hey, cultural touchstone and Billboard conquerer Beyonce has released another visual album, BLACK IS KING for Disney+. The 85 minute film showcases a project that has been a year in the making featuring songs from The Gift. Directed by Beyoncé, Emmanuel Adjei, Ibra Ake, Kwasi Fordjour and more to be "a celebratory memoir for the world on the Black experience".

She her message to us (behind the cut) looking adorable about how she envisioned this album.

For those who asked for a post. Have you streamed BLACK IS KING or listened to THE GIFT? Did it at least make you smile in this dumpster fire of a year? Discuss away!

T 3613 - I have tested CoVid- have been discharged. I am back home in solitary quarantine.
Grace of the Almighty, blessings of Ma Babuji, prayers & duas of near & dear & friends fans EF .. and the excellent care and nursing at Nanavati made it possible for me to see this day . pic.twitter.com/76jWbN5hvM

- Has tested negative and is back home for further quarantine

Since things aren't looking any better for the Ellen talk show, there are now rumors the Ellen will leave and James Corden, aka- the man who couldn't name 2 of his own cameramen, will take over. 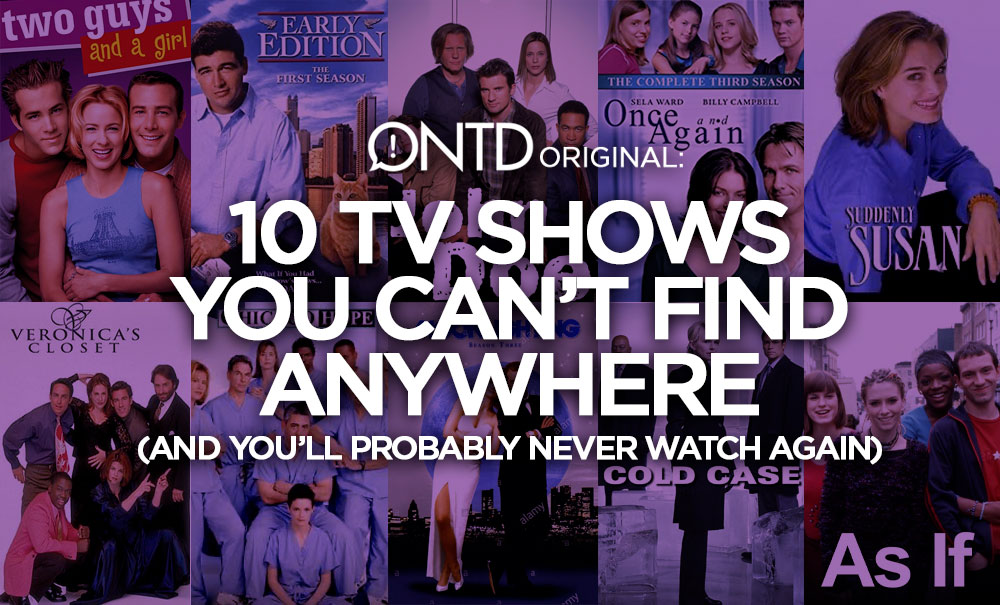 Unlike what everyone thinks, not EVERYTHING is available through streaming platforms, hell not even DVD, so let's take a trip down memory lane to mourn great shows that are just not available anywhere anymore (not including illegal downloads)

ONTD, Which show you've wanted to watch again, yet you haven't been able to find?

Apocalypse wow! The #UmbrellaAcademy squad avoided lunar asteroids, but what’s next? Get an inside look at the trouble the Hargreeves siblings are stirring up in @UmbrellaAcad season two: https://t.co/yYdAcbzDDR Story by @cmholub pic.twitter.com/jWsqMg5gW6

At its heart, Umbrella is about a dysfunctional family of misfit superheroes, trained to exploit their powers in service of justice, but all a little underdeveloped when it comes to basic love and kindness.

Talks a little about the history of the comics, the music, the casting and the differences they brought to the characters off the page.

Open to: All, detailed results viewable to: All. Participants: 665

What is the best Lord of the Rings movie?

What is The Worst™ Hobbit Movie?

The Mexican actor has been cast to play Cassandro the exotic, Mexican gay pro wrestler, famous for his colorful attires and mannerisms, in an upcoming biopic.

However, many people feel a straight actor shouldn’t play gay roles since they take opportunities from gay actors to play their own stories.

-It's been 10 years since their breakout album 'The Suburbs.' It won the band Album of the Year at the Grammy's and many ‘Who are Arcade Fire?'keywords on SNS at the time.

-ONTD, does the album still hold up?

-Have your favorite rock bands turn for the best or worst?

We regret to inform you that Frank Ocean’s little brother, Ryan Breaux, has passed away.

Both occupants were pronounced dead at the scene.

Sending love to Frank and their mother Katonya. RIP Ryan.

-Starting off this list with The Good: Before she won an Oscar and was Captain Marvel, Brie was singing about skipping P.E, mean girls, and the like.

-Actors are known to dabble in many fields, some make sense, and some don't.

-For our entertainment, here's those who have either embarrassed or enlightened themselves in the process of making their 'art'.

[The Good]
Ashlee Tisdale: He Said, She Said was a move away from the squeaky Disney persona.

Hilary Duff: 'Come Clean' was her first Top 40 hit. Iconic moment when her rival at the time Lindsay Lohan sang along to it.

Marion Cotillard: Before Dior dumped her unceremoniously, she debuted a cool song for them.

Lindsay Lohan: 'Rumors' and 'Confessions' were bops but between her rl messy persona and auto-tuned songs have made her stuck in the past.

Maggie Cheung: Legendary Chinese actress who has since retired. She tried but this song is just a waste of her talents.

So Ji Sub: Declined a 'Show Me the Money' cameo. Said he can't rap, at least he's aware.

Jeremy Renner: (Brought to you by popular demand) Is known to be a deadbeat father.

-While Holly takes a quick break Rose is asked by fans "did Shannen/Alyssa really hate each other?" to which she said "Im pretty sure, yeah"

-Rose talks about starting Charmed and Paige having multiple "love interests". She finally got tired of it and told the producers that they were making Paige look like a "hoe" and afterwards they gave her nearly no love interests.

-Rose called in favors to her Hollywood friends to appear on Charmed, one of them being Norman Reedus who was Hollys favorite. He doesnt remember ever appearing on the show.

-Rose had no idea that Brian Kraus (Leo) wrote an episode of Charmed. HMC reveals that he was very secretive about it.

But actually, two very different tales. Two very different casts of characters, arcs, action, romance, etc etc etc. These two things can’t be compared, but HP is a massive part of the reason why I became creative in the first place.

“To All The Boys: P.S. I Still Love You” actor and singer Jordan Fisher tweeted his love and preference of Harry Potter over Star Wars. Fisher did at least acknowledge the obvious in that both are not the same. “But actually, two very different tales,” he wrote. “Two very different casts of characters, arcs, action, romance, etc etc etc. These two things can’t be compared, but HP is a massive part of the reason why I became creative in the first place.” Many in the comments argued why they shouldn’t be compared and others argued which is better and why. Meanwhile some “cancelled” Jordan and others brought up Lord of the Rings and Star Trek. It’s a slow Sunday night, why not? I have no horse in this.

Open to: All, detailed results viewable to: All. Participants: 421

Star of "Schitt's Creek" and son of Eugene Levy, Dan Levy recently spoke to Seth Meyers about his difficult early days as a host of MTV Canada.

“It takes a very particular person to not be soul-crushed by the experience of interviewing on a red carpet,” he said, referring to his time on the red carpet at the MTV Movie Awards.

“And the two-hour carpet ended, and I remember, like, walking around a corner completely dazed, and like burst into tears,” he added. “I was like, ‘I can’t do this again. I just don’t have it in me.’

HOST is the story of six friends who hire a medium to hold a séance over Zoom (I am dead at the rise of Zoom lmao) during lockdown, but they get far more than they bargain for as things quickly go wrong. When an evil spirit starts invading their homes, they begin to realize they might not survive the night.

-Michael coming back after he had presumably died on Jane the Virgin.
"He died and it took so long for her to grieve and move on that bringing him back for like three episodes seemed forced."

- Eleven finding her siblings in Stranger Things.
"It came out of nowhere and was so unnecessary and never mentioned following that episode."

-Luke discovering he had a daughter in Gilmore Girls.
"It didn't add anything, it was just time filling."

-Debra getting over her stepbrother being a serial killer and realizing she had romantic feelings for him in Dexter.
"It was super out of the blue and never went anywhere except for giving me a creepy feeling, especially knowing that the actors were married at the time in real life."

-On Glee, when Rachel gave up her dream Broadway role in Funny Girl to star in that really bad TV show that got canceled.
"While it was nice to see Rachel Berry finally fail at something and not have it fixed by a diva tantrum, the plot didn't make sense. The whole goal of her character was to be on Broadway and she idolized Barbra Streisand. It ruined the show for me."

Everyone likes a tease...so take a sneak peek at what's to come on this season of #RHOP ahead of the Premiere TONIGHT @ 9/8c! pic.twitter.com/oJOGrIV9ZR

- after being delayed she is back and we is ready.
- if you've followed some behind the scenes, we know there is a huge kerfuffle between MLMonique and Country Club Candiace which will be the centerpiece of the season. We're getting that ominous horror movie edit
- But let's get to cuter time. We open with MLMonique's family and the new family addition - baby boy Chase and baby parrot T'Challa
- Theeeeeeeeeee Grahhhhhhhhhhhhnnnnnnnnnnnnnddddde Daaaaaahhhhhhhhmmmmmmme is out of Great Falls and in Potomac and we new see the new home (buy La'Dame on QVC). She reveals to Monique that Ray hasn't been supporting her business endeavors, but hopes tat is not extending to the relationship
( Collapse )

Y'all, y'all, what a knockout of a premiere and it looks like it's only going to get better! What was your favorite moment?
Collapse