From Black Is King, a visual album by Beyoncé is now available for streaming on Disney+ 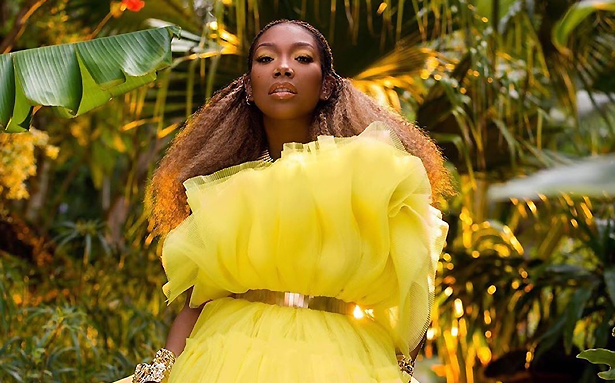 Open to: All, detailed results viewable to: All. Participants: 64

Would you follow an ONTD New Music Friday playlist on Spotify? 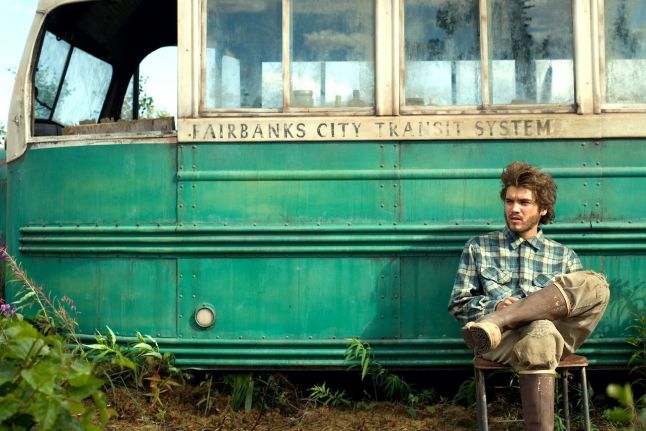 The bus made famous by the book "Into the Wild" and the film of the same name will be moved to a museum. The bus is the death site of Christopher McCandless, a nomadic 24-year-old who starved there in 1992.

Since then, many travelers have made a pilgrimage to the bus, even though it is incredibly dangerous to get to and Alaskan authorities discourage it. Three people have died trying to get there. The state frequently has to send rescue missions to save dumbasses hikers who get trapped near it.

Officials will transfer the bus to a museum in Fairbanks, AK.

Assuming this fucking pandemic ever ends, where do you want to see before you die, ONTD?

lizzo also came thru for megan and got her her favorite candy/snacks 🥺 pic.twitter.com/Tmronc8bvF

Because some of ONTD hasn't been able to comprehend why celebs like Chrissy Teigen and 50 Cent are wrong in their commentary on Megan Thee Stallion being a VICTIM of gun violence, here is an example of women supporting women, specifically Black women supporting Black women.

Beyonce and Rihanna (+ the whole Fenty Corp gang) sent Megan flowers with a note of support and admiration. Lizzo also showed her support by sending Megan a package with her favorite candies. Megan posted the gifts on her social media. 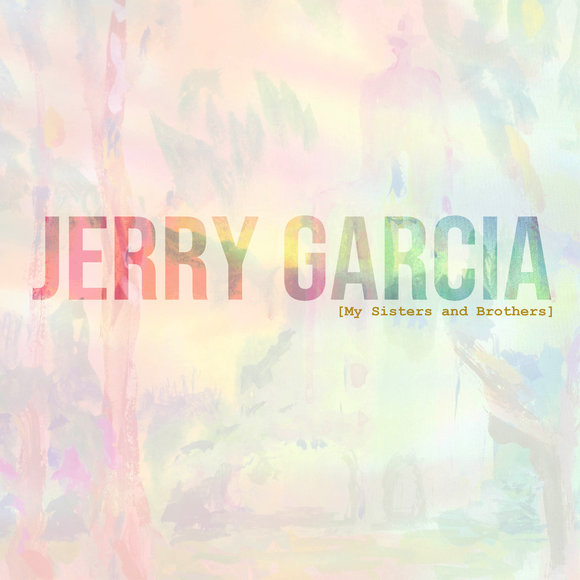 As a fundraiser for COVID-19 relief, The Jerry Garcia Foundation is releasing a compilation album, “My Sisters and Brothers”, which can be streamed on Spotify and iTunes on August 1st.

A print of Garcia’s watercolor painting, “California Mission” is up for auction.

ONTD, do you buy/collect vinyl records?

Courteney is officially confirmed to be returning as Gale Weathers in Scream 5 - she'll join ex-husband David Arquette, who is reprising his role as Dewey.

-Full list of winners and appearances from Lil Nas X, Rachel maddow, Demi lovato, and more under the cut

Imagine watching this and not crying?? #GLAADawards pic.twitter.com/sG9YCBUysW

.@itsgabrielleu and @DwyaneWade presented the #GLAADawards for Outstanding Drama Series to @PoseOnFX ✨ pic.twitter.com/0ZI6pSJiM2

ONTD, you will decide what is the ultimate Best Picture so far. There's been 20 Best Picture winners this century, I eliminated 4 with the lowest metacritic scores: A Beautiful Mind, Gladiator, Crash, and Green Book. In Round 1 you guys eliminated The Shape of Water, Hurt Locker, Million Dollar Baby, Birdman or (The Unexpected Virtue of Ignorance), Slumdog Millionaire, Argo, The Artist, and The Departed. In Round 2 12 Years a Slave, The Kings Speech, Spotlight, and No Country for Old Men were eliminated.

I have no way of knowing if you've seen every movie, so vote however you want and skip some if you want, I don't care.

There will be 4 rounds. Round 3 will end on the 4th and Round 4 will be posted on the 5th.

Open to: All, detailed results viewable to: None. Participants: 925

Previous Rounds: Round 1, Round 2

A job listing worthy of a Boomer on Linkedin is making the rounds on twitter. Originally posted on entertainmentcareers.net, (Unfortunately, it has been taken down) it was posted by verified user Taylor Lorenz on Twitter.

Let's take a look at it. Or, since you're ONTD, look at the gifs:


You will be a 'personal assistant to A well known celebrity/influencer with 10+ million followers ' in L.A. Sounds ordinary for now, let's keep reading.

"You must keep all emotion/private life matters completely away from this world." / "Ability to compartmentalize emotion and remain professional, calm and hardworking, and quiet at all times"

People suspect that this was posted by the (former) assistant of

[Spoiler (click to open)]Tana Mongeau, who looks like an odd mix of Kacey Muskgraves and Iggy Azaelia after I googled her.

I didn't post the entire thing bc a lot of it is just wild. But go read it. Or go to the twitter thread and look at the snippets people are posting.

Who do you think is looking for a new assistant?

If you grew up consuming East Asian content as part of the diaspora or because you lived somewhere with a lot of East Asian cultural imports (shoutout to my fellow Southeast Asians!), these songs will probably bring up lots of memories for you.

As the first drama adaptation of the Boys Over Flowers manga, Meteor Garden made the smart choice of aging up their characters so that the romance takes place in a university setting. The series’ F4, played by actors Jerry Yan, Vic Zhou, Vanness Wu, and Ken Chu, became so popular that they continued to perform and release music in Taiwan as F4. Harlem Yu’s opening song was a cultural touchstone even for many young Asian Americans who got to see themselves represented in a modern Asian youth story. Does anyone remember Wong Fu Production’s spoof?

Sorry for the messy write-ups. I wish I could say I didn't dwell on it too much but meh.

Favorite songs featured in dramas or favorite dramas in general? What was your introduction to Asian dramas?

The actress promotes her own wine brand in the video https://t.co/v0w0GgJaaV

- did the wine challenge which is apparently a thing there (you sit behind each other, one has the foot of the glass in their mouth, the one sitting behind them has to drink from it, I'm officially YOUTHS.gif);

- did the challenge with her own wine brand, which OP didn't knew its existence of.


Are you on TikTok, ONTD? And do you enjoy drinking wine?

She further explained how it works as she rubbed the top end around the contours of her face, like her cheekbones and eyes. “This has got the little ball here, which is perfect. Sometimes I put it in the freezer…this is really cold, I just kinda rub it, and it just activates all those muscles, get ‘em together. We are working today. We are gonna be cute today.”

Billboard will release the official numbers early next week.

UPDATE: Numbers for @taylorswift13's #folklore have been raised to #1 with 844K by @HITSDD, with over 600K from album sales. https://t.co/dJp8SyIisr

"I can see why people took issue."https://t.co/5AUfgajvk8

Moore fully comprehends why the film sparked outcry.
“I can see why people took issue with a lesbian character having an affair with her sperm donor. On the other hand, I think that Jules’ character was someone described as being very fluid, sexually and personally. She was floating, in the sense of her entire identity — as a woman, as a person, in her career.”

“I’ve thought about that a lot. Here we were, in this movie about a queer family, and all of the principal actors were straight. I look back and go, ‘Ouch. Wow.’”

Moore is unsure whether heterosexual identifying actresses would have been cast in the leads today, but she’s still “grateful” for the experiences she’s had throughout her career.

- Kenneth Petty submitted legal docs, which TMZ obtained, which asks the judge to to modify the terms of his pretrial release conditions so he can travel with Nicki periodically on business as her manager and attend the upcoming birth of their baby.

- According to the docs, Petty wants the judge to give lieway should Nicki give birth outside his curfew hours.

- Petty says the U.S. Attorney's Office and pretrial services office don't oppose his request but it's up to the judge to sign off.

“I can tell you that if I made any of my films, I don’t think I’d last. I’d be vilified. I’d be attacked. Shamed. Whatever you want to call that … culture, cancel f–king culture. I mean, it’s just impossible. I would have had to step on so many sensitivities. You have to have some freedom to make a movie, unfortunately. You have to be rude. You can be bad. And you’re going to have do to these things like step on toes. Holy cow. Do you think I could have made any one of those films?”

What sorcery is this?! https://t.co/NQj9vZXLHD

Move over Yanny / Laurel. A “new” viral clip that originally went viral the same year we got Yanny / Laurel (2018) has been revived on TikTok by user Emily Sophie. It features a simple question: Do you hear “green needle” or “brainstorm” while some demonic audio plays. The resurfaced clip actually comes from a 2012 video review of a toy from the children’s television show Ben 10 Alien Force. The creator of the video told The Telegraph in London that the toy is programmed to say the word “brainstorm,” but not everyone is hearing it that way. Read more here.

Still not iconic as the Dress that has it’s very own Wiki. The other girls could never.

Open to: All, detailed results viewable to: All. Participants: 375

What do you hear?

Teresa Palmer Reveals She Suffered from Orthorexia, an Obsession with Healthy Eating​ https://t.co/vmB1ExU8eU

No episode yesterday due to live coverage of John Lewis funeral

Ontd have you had Zoom or Microsoft Teams mishaps??

ps a FFA Politics for any-and-everything

-The BAFTA television awards were held in England, with no audience and social distancing presenters.

-Richard Ayoade was the host and Idris Elba received a special award.

-The winners under the Spoiler cut

Bafta TV Awards 2020 winners: the full list of who won at this year’s ceremony https://t.co/mhLvSXUobW

In preparation for the fiasco that I hope the Levitating remix will be, here is a sexy ranking of Dua Lipa's collaborations so far.
Please complain intensely.

One pandemic at a time.

-Swift sent out the cardigans with a special note to friends such as Jennifer hudson, Ciara, and Jesse Tyler ferguson.

Ciara thanks Taylor Swift for sending her a sweater and congratulating her on her album. pic.twitter.com/YviYcAO3t9

Every Celeb That Taylor Swift Sent a ‘Folklore’ Cardigan To.

"Among the other artists who received a sweater from the superstar were Kesha, Adam Lambert, Fletcher and Loren Gray" https://t.co/TSOg10iYyG

Not long after dropping her fourth studio album good to know and an acoustic version of said album, JoJo is back with another surprise release. This time, it's the mellow pop song "Damage is Done" featuring Y2K, complete with a dystopian music video. Fitting for the times.

JoJo has teased she also plans to release another version of good to know (there is currently the CD version with the intro + outro and the standard streaming version) with additional bonus tracks.