Whether you're a long-time anime fan or have never been able to get into it before, here my 4 recommendations for short anime series that are available on Netflix right now:

What it's about: Dorohedoro follows a man named Caiman who has a lizard for a head and amnesia about how he got it and who he really is. Caiman and his friend Nikaido are on the hunt for the sorcerer who cursed him with the scaly affliction. Living in a city simply called "Hole", Caiman and Nikaido chase down sorcerers who enter Hole using magic that creates a door between Hole and the world of sorcery. Hole has been ravaged by the magic of the sorcerers and has become a true nightmare city to live in and Caiman and Nikaido want to put a stop to it by killing these sorcerers. But before they kill a sorcerer, Caiman chomps down on their head so that the sorcerer can speak to the man living inside Caiman's mouth to determine whether or not the sorcerer is responsible for his curse (yes, there's a man living in his lizard mouth).

It sounds absolutely batshit insane - and it is! It's also incredibly fun, fast paced, goofy, and has a whole bunch of interesting and mysterious characters. There are only 12 episodes so it's an easy binge (whether we can expect a season 2 is still up in the air, so don't expect resolution and a story that wraps up neatly at the end).

Don't watch if you don't like: Violence and an unresolved ending.

TL;DR: A man with a lizard head hunts down the sorcerer that cursed him. It's better than you're expecting. I guarantee that even if you don't laugh, you'll blow hot air out of your nose at least once. Give it a try!

I've purposefully left off more well known shows, multi-season shows (or shows with a large number of episodes), and frequently recommended titles like "Attack on Titan" and "Neon Genesis Evangelion" to keep the list a little bit more interesting, especially for those who have tried to get into more widely talked about shows but couldn't connect with them. These recommendations are also based entirely on the subtitled versions of the shows - I have no idea what the quality of the dubbing is like.

In Far Cry® 6, players are immersed in the adrenaline-filled, chaotic world of a modern-day guerrilla revolution. Welcome to Yara, a tropical paradise frozen in time. As dictator of Yara, Anton Castillo is intent on restoring his nation back to its former glory by any means, with his son, Diego, following in his bloody footsteps.

After years of outcry, it's finally done...because of money.

“On July 3rd, we announced the commencement of a thorough review of the team’s name. That review has begun in earnest. As part of this process, we want to keep our sponsors, fans and community apprised of our thinking as we go forward. Today, we are announcing we will be retiring the Redskins name and logo upon completion of this review. Dan Snyder and Coach Rivera are working closely to develop a new name and design approach that will enhance the standing of our proud, tradition rich franchise and inspire our sponsors, fans and community for the next 100 years.”

The story is developing.


Despite being busy planning a toddler's birthday party during quarantine, Queen Cardi is not immune to binge-watching TV shows. Over the past month, she has been tweeting about the Turkish drama "The Magnificent Century," a series about the life of a woman named Hürrem Sultan, the main consort of infamous Ottoman Sultan Suleyman "the Magnificent".

[cardi putting on her stan hat]She also tweeted about Nurbanu, one of the characters in the series who is an antagonist of Hürrem. When a fan tried to counter, Cardi stepped up to reiterate that Hürrem is THAT BITCH (well, she didn't say bitch but we all know it was implied)


Sorry hunny HÜRREM IS THAT ! https://t.co/dxolSS9aP8


Me too it has motivated me so much .Just like her the world be against me and yet I will keep rising and keep my head up .It have gave me a big confidence. https://t.co/51euFZ11DE

We had just finished writing a story late last night answering reader questions about Benjamin Keough's #Scientology involvement following the shocking news of his suicide, when the stunning announcement of Kelly Preston's cancer death arrived. Let's try to sort it out.

Head to the source to read much more, including more on Kelly Preston's passing.

As you can tell from the title, I didn't want to make separate posts for these bozos and Zarry, so here we are.

NEW: anti masker and possible COVID super spreader @NiallOfficial in Spain without a mask just one week after attending colonizer gathering further proving he doesn’t care about his life one anyone else even though he is high risk pic.twitter.com/QflViMHgcC

A sort of a follow up to this post, despite preaching for people to stay at home earlier this year, Niall is currently vacationing in Spain, after also attending a Covid Party last week, also with his rumored girlfriend. People from Spain have explained that the lockdown on Spain has ended as of 21st of June, and wearing masks is not mandatory. Niall had a small twitter session the other day, where he sounded his usual happy self. Musically he seems to be doing well on the Irish Charts, with his latest single Black and White (OP note: he has a new single ?!) rising to second place. He also has an fanart contest for Heartbreak Weather.

It appears 'Fast & Furious 9' will be out of this world https://t.co/8bGnWZbBdK

Last Thurday, Ludacris was guest on SiriusXM’s The Jess Cagle Show. The rapper/actor hinted that a part of F9 will take place in space.

Co-host Julia Cunningham asked Ludacris about the rumors that the franchise will go into space. He said:

"I will say that you are very intuitive, because you said something right, but I'm not going to give it away.” Ludacris said.

Cunningham tried get more out of him he played coy and teased: "I don't know. I don't know what you said.” Chance the Rapper found himself trending for all the wrong reasons this morning, after seeming to endorse Kanye West's bid for the presidency in 2020.

It started with Chance (real name Chancelor Johnathan Bennett) retweeting a video West posted to his Twitter account in memory of his late mother, in which she can be heard reciting lyrics by rapper KRS-One over a montage of archival footage, commenting, "And yall [sic] out here tryna convince me to vote for Biden. Smfh (Shaking my fucking head)."

And yall out here tryna convince me to vote for Biden. Smfh https://t.co/JgbGBmPQk5

From there, he went on to (among other things) accuse those opposed to a West presidency of being racist, defend West's anti-vaccination stance and attempt to draw a comparison between West's presidential qualifications and those of 1829 president Andrew Jackson.

No timetable for when these places can open again was given.

LA and San Diego counties also announced today their schools will be going remote-only in the fall.

Have you ever had an interesting encounter with a celebrity? Are you a good tipper?

Billboard announced today it would no longer allow artists to bundle their singles and albums with merch and tour ticket bundles, but allow users to add an album to their merch order for an additional cost.

The practice of bundling singles with merchandise has been a tactic exploited by artists such as Ariana Grande, Justin Bieber, and 6ix9ine to inflate their Hot 100 performance.

The rule change will take effect this Fall, with Billboard declaring, "Single-priced 'bundles' will no longer count, as "all albums bundled with either merchandise or concert tickets must be promoted as an add-on to those purchases in order to be counted on the charts."

Billboard will no longer count single-price album + merch bundles. Users can "opt in" to add an album to their merch order for an additional cost.

Physical products will be counted when they are shipped to the consumer.

Leading up to the Chicks' new album, they are sharing lyrics from a yet-to-be released song each day leading up to July 17th when 'Gaslighter' finally goes on sale. So far, the lyrics are very juicy. Here is what they've released so far:

( Collapse )As for what the album sounds like? The reviews for Gaslighter have started to roll in and... they're great!

EW gives 'Gaslighter' an A:

The Chicks' new album, their first in 14 years, puts a microscope on emotion.​ https://t.co/785WRstT8g

Which song are you most excited to hear, ONTD?

Just wanted an excuse for a discussion post. I recommend going into this movie cold so avoid the trailer if you plan on watching it!

- Michaela Coel talks to The Hollywood Reporter about what it was like making a show based on her personal experiences.
- They discuss the creative freedoms in working with BBC/HBO, there is a scene in Episode 12 that is only available on HBO.
- The interview also discusses how Coel is navigating the industry now that she is agentless and her plans for the future.

Thoughts on the latest episode/final episode for those have seen it (please use a spoiler tag for final episode discussions)?

Birkenstock sandals have withstood decades of passing fashion fads. Since the 1960s they have adorned the feet of hippies, models, moms, dads and even Gen Z. Birkenstock's success relates to its selectivity in the market. In 2016 it chose to remove its products from the biggest retailer in the world, Amazon. The brand has even found a place in the world of high fashion and turned down collaborations with streetwear giant Supreme. Whether it's a counterculture statement or a modern day fashion staple, heres why Birkenstocks never go out of style.

ONTD, do you wear sandals?

The show has been on break since Thursday 2 July episode. Also a FFA Politics for *waves vaguely at everything* 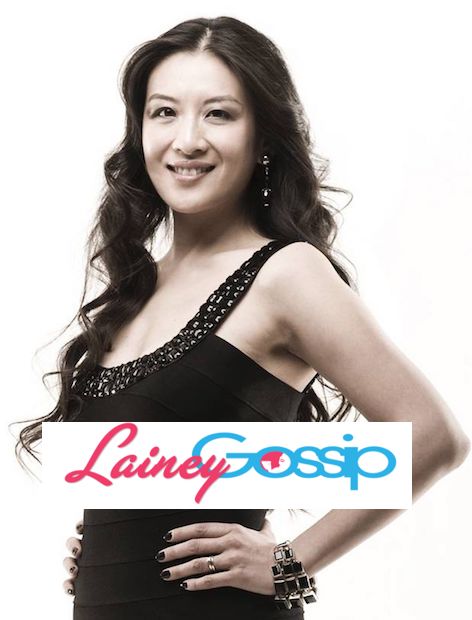 Lainey wrote about how the Mulroneys allegedly blacklist anyone they dislike. Shortly after, an online campaign began against Lainey that exposed her past of racism, homophobia, transphobia, fat-shaming, and misogyny.

First, let's begin with Lainey Gossip. Truly, there are too many heinous, bigoted posts from Lainey to compile into one post here. But I have done my best.

Stay tuned for part 2 this week.

If you work for Buzzfeed, feel free to rip off this post. Every asshole involved in this story needs to suffer consequences. 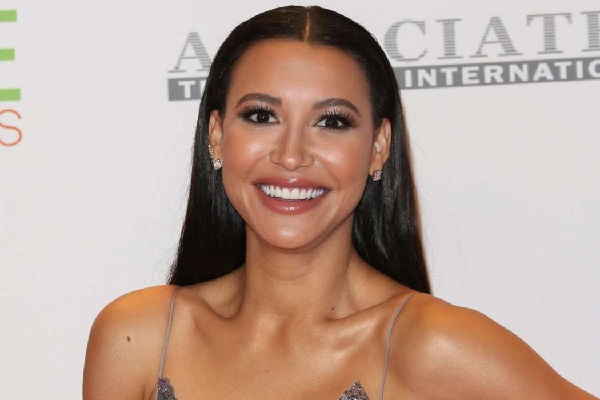 Happening now: A body has been found at Lake Piru this morning. The recovery is in progress. A news conference will take place at 2 pm at the lake.

Ventura Sheriff announced on Twitter that a body has been found at Lake Piru. Press conference will take place this afternoon.

20 Teen Drama Villains, Ranked From "Made Some Points" To "Literal Definition Of Evil" https://t.co/kvlPjlnR6v

5/20 Teen Drama Villains, Ranked From "Made Some Points" To "Literal Definition Of Evil":


sadly Chuck Bass is missing form the list, but he would easily be in my top 5

Gfriend are back with a more interesting sound and new faces? (Maybe???) in “Apple”