Feeling nostalgic for 'Weapon of Choice'? Well NO LONGER - Jessie Ware's released a video for 'Step into My Life' from her newest album.

How do you dance when no one is watching ONTD?

In a potential hint of what Emmy nominations will look like later in July, the TV Critics Association has announced nominations for their own annual awards show https://t.co/NXWNRLi8xX 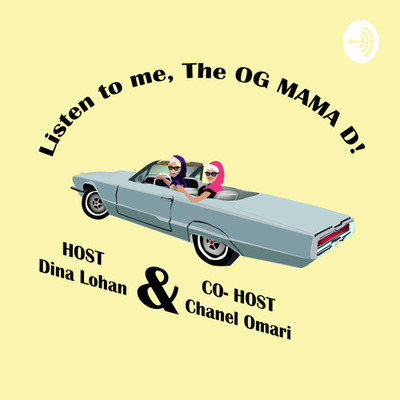 Dina opened up about her engagement to fiancé Jesse Nadler, whom she has dated on and off for several years, to her co-host Chanel Omari, on their podcast “Listen to me, The OG MAMA D!”

Dina revealed, “I am going to go off the grid. Lindsay and [her other daughter] Ali are going to be my maid of honours because they’re both angels and both my boys [Cody and Michael] are going to walk me down the aisle together. They’ve both been there and are such amazing men and so kind to their women. I can’t even make it up.” How cute!!!!

The series finale - which also happens to be the 100th episode - airs in two weeks.

Today we’ve made the decision to cease all commercial activity related to Jeffree Star and affiliated products. We expect this to conclude within the coming weeks. As we look to the future, we will continue to share updates on what lies ahead for the Morphe brand.

Morphe has finally decided to drop Jeffree Star in response to his most recent exposé and scandal.

Police are saying that Naya Rivera's body may never be recovered and the sergeant is explaining why the search is so "complicated" https://t.co/EpnALLBtpq

"If the body is entangled in something underneath the water it may never come up. We don't know."

He mentioned that the visibility in the lake is terrible, making an already complicated and dangerous search nearly impossible.

There are no clues on the shoreline that indicate she ever made it out of the water. Investigators are keeping an eye on her credit card statements.

"We want to bring closure for the family, so we really are putting our best effort forward," the sergeant said.

Keke Palmer is the cover star and guest editor for the August 2020 issue of Cosmopolitan. Keke discusses her work and support for Black Lives Matter and her upcoming projects.

The interview was conducted by Hunter Harris via Zoom at the beginning of June.

Have you gotten hotter over time, ONTD?

Over the last 15 weeks, several ONTDers & I have watched the following films together using the Chrome extension Netflix Party, where we used the built-in chat feature to discuss together....from a safe social distance:
( Collapse )

Below is a poll to vote for our 16th week's (we're 4 months into this already!) Netflix Party movie selection. I'M EXHAUSTED FROM WORK OR ELSE I WOULD OFFER FRIDAY (TONIGHT) AS AN OPTION, SO SATURDAY IS THE PLAN. APOLOGIES IN ADVANCE FOR ANY DISAPPOINTMENT! This week's movie selections are a who's who of what's new to Netflix in July. That's it, that's the post.

Open to: All, detailed results viewable to: All. Participants: 138

What Movie Should We Watch?

Will You Be Joining Us On Saturday, July 11?

Let's go!
65(72.2%)
Nah
25(27.8%)
Thank you to everyone who continues to join in these each week! I really do enjoy this, I'm sorry if it seems like my energy is flagging this week, I just got overwhelmed by my work week.

Tell me what you've been watching this week! Also, any movie suggestions for a special feature presentation that would be fun to watch with a crowd? The We Hate Movies Youtube live commentary for Can't Hardly Wait a few weeks ago was super fun & made me think that's a movie that some of you guys would enjoy watching as a group...

JOIN US TONIGHT AT 9 PM EST. WE WILL BE WATCHING A WALK TO REMEMBER STARRING MANDY MOORE & SHANE “I GUESS HE HAS A CAREER ON TELEVISION NOW” WEST.

JoJo has recently dropped a stripped-down acoustic version of her album, good to know, which is now available on streaming! "I'm excited for you to get a deeper feel of the lyrics, to understand the songs in an even more profound way," she wrote in her newsletter.

The singer also postponed all of her tour dates scheduled for 2020 to next year.

Dedicated stans (like myself) heave a great sigh and say "about fucking time" Depeche Mode are finally to be inducted into the Rock & Roll Hall of Fame.

Due to COVID-19 safety measures the event will be moved to a view-only format and will be broadcast via a special on HBO and HBO Max on November 7, 2020.

Big congrats to these kings.

What is your favourite DM track / album?

TV Writer Charles Ray Hamilton (Power Book II: Ghost) posted a blind item about two different white celebrity couples that have recently separated due to disagreements on the Black Lives Matter movement (OP note: There's nothing to disagree about, black lives matter). Whomst could it be?

Some guesses under the cut:

yes, source is a nobody but I did spend like ten minutes confirming that they have imbd credit and included verified replies. its just a weekend blind item

As Johnny Depp sues British tabloid The Sun for libel, all of the horrific and at times surreal allegations he and ex-wife Amber Heard have shared over the years take center stage.https://t.co/JuONV4NATp

I highly recommend reading the whole article. There's honestly way too much to even summarize it all.

Bill Hader, 42, and Rachel Bilson, 38, are dunzo! The Barry star and The O.C. alumna have amicably split, multiple sources tell PEOPLE. The couple made their red carpet debut back in January at the Golden Globes.

I’ve been trying to wait for the appropriate moment to drop it but considering the state of the world ... I don’t think that will be happening anytime soon. Here’s to the journey.❣️https://t.co/hyPmwlCCoY

Jada brought herself to the Red Table to share her side of the story.

Jada admitted to having an “entanglement” (which she later clarified was a “relationship”) with August about four and a half years ago. She said that their relationship started out as a friendship, but turned into more when she and Will briefly separated. “[At the time] it was indefinite [that we were broken up],” Jada admitted. “We were over.”
( Collapse )
source
source

It's the first marriage for both Armie and Elizabeth. They've been married for 10 years
source
Collapse