Amidst the multiple allegations made against Chris D'Elia of soliciting sex from minors and using blackmail to keep them silent, allegations against another comedian, Jeff Ross, are also resurfacing.

Videos of a woman talking about her experience working for comedy agent Barry Katz and hanging out at the Boston Comedy Club in New York when she was a teenager in the late 90s/early 00s have recently been posted on twitter (however the videos and original allegations are not new - they are just gaining new attention). In the videos, she talks about how she was in an inappropriate relationship with comedian Jeff Ross when she was a teenager and he was in his 30s and accuses him of rape. She shows multiple photos and tickets to events as proof and is seeking legal counsel.

According to the Facebook account these allegations came from, "Iwas15hewas33 - https://www.facebook.com/iwas15hewas33", another victim has come forward anonymously.

Click on the tweet below to see the entire thread, which has been separated into multiple tweets:

This woman provides A LOT of evidence in this video and statement below that when she was 15 and JEFF ROSS was 33, they were in a sexual "relationship" in which he allegedly also raped her while she was sleeping

OP's former client has dropped a new single and it's soooooooooooooo blackity blackity black and soooooooo amazing. The culture is outchea! Listen to it. My Chemical Romance could not be reached for comment.

Motherland, motherland, drip on me! Don't forget your history 🥰 💁🏾‍♀️

- David Tennant and Jodie Whitaker were on 'The Late Late Show' promoting that 'Doctor Who' is moving to HBO Max.
- They both rated home-made cosplay by fans. (I'm offended that they did not include an Stormageddon reference, but whatever...). They even got into their Doctor clothes.
- Seasons 1 to 11 of 'Doctor Who' are now streaming on HBO Max, and future seasons will air exclusively there.

[Interview to 10 and 13 about Doctor Who, getting cast as the doctor and the pandemic]

This was cute. ONTD, are you caught up? and why haven't you seen Jack's return yet?

- “Stay Gold” is BTS’ single off the group’s forthcoming Japanese-language album Map of the Soul: 7 ~The Journey~. The soothing, uplifting track opens with youngest member Jungkook softly cooing, “In a world where you feel cold, you gotta stay gold, baby”

- Japanese music chart Oricon revealed BTS topped its overall album-sales rankings for the first half of 2020, selling 429,000 copies of Map of the Soul: 7. This marks the first time in 36 years that a foreign artist has topped their albums chart for the first half in the year, since Michael Jackson in 1984.

trying again, sorry for screwing up the sources Mods!

Broadway for Racial Justice shares stories of racism amongst the broadway world, told by non-Black actors and allies. (All stories are anonymous)

'BIPOC fighting for racial justice and equity within the Broadway and Theatrical communities at large.'
https://linktr.ee/broadwayforracialjustice (links to donate and sign the Nederlander petition are available here)

Are you an interior designer, ONTD? Show us your best Extreme Makeover: Home Edition fantasy!

Netflix is close to picking up Aaron Sorkin's The Trial of the Chicago 7. The film was previously planned to be released in theaters from Paramont at the end of September.

The film deals with - you guessed it - the 1970 trial of the Chicago 7: activists charged with conspiracy, inciting to riot and other crimes that stemmed from the protests at the 1968 DNC in Chicago. While acquitted of conspiracy, 5 members were convicted of inciting a riot and all 7 were sentenced to 5 years in prison after the judge charged them with contempt of court. All convictions were reversed on appeal in 1972.

Why Tiffany Haddish Turned Down A Role In Top 5 Where She Had To Show Her Boobs https://t.co/1IvoIq1r6x

In 2014, she was straight up offered a role in Top Five.
She didn’t want the role and had no problem telling her management team that.

"You know, when I first hit the scene, I was offered a lot of roles where they want you to expose your breasts. I remember that movie that Chris Rock did [Top Five] and it's like he meets the two girls and they have a threesome and then Cedric [the Entertainer] gets in there and he's supposed to ‘blah’ all over their faces — just let that baby batter go all up in their face. And it was like, ‘Tiffany, they're offering you the role.’ And I was like, ‘I don't want that role. I'm a stand-up comedian and I don't let people do that in my face in real life, so why would I do it in this movie?’ Like, you ought to have a little bit of respect for me, period. God made this face for a reason, and you're not going to disrespect it."

She’s made it a point throughout her career to turn down jobs that don’t fit into her personal code of ethics or branding. She's previously mentioned saying no to movies like Get Out. She talks about thinking about herself not just as a person but as a brand that other people in the world are seeing and consuming, noting.

"I feel like sometimes my representation tries to get me to go outside my lane, and if it is against my morals — and I do have some, I know I'm a little wild, but I do have standards — then somebody might get fired. It's like, I'm a company, I'm a brand, and if you try to go against the policy of the company, you might not need to be working here anymore. So my people, we have weekly conversations about where I'm at mentally, what I want to do. And right now, almost everything I'm doing, I'm producing."

Rebel Wilson, 40, has decided to take up a healthy lifestyle, and has made a revelation that she was "paid a lot of money" to stay "bigger", because it highlights her comedic roles. She used to think as to why she was overeating.

"Weirdly this year was always going to be the year of health. I've been naming my years now, and, that's kind of having these resolutions but for the whole year. It's not like I want to lose weight and get to around a certain number. It's more than that, it's about dealing mentally with why I was overeating and I had a job where I was paid a lot of money to be bigger, at times which kind of can mess with your head a bit,"

JOIN US TONIGHT at 9 PM EST TO WATCH THE HALF OF IT!


After setting up, click HERE to join the party!
( Collapse )

Working on a poll for users to vote for our next movie night selection & date/time. Next week's theme TBD!

THE LINK IS NOW LIVE - WE'LL BE HITTING PLAY NO LATER THAN 9:15 PM EST AS PEOPLE SETTLE INTO THE CHAT!

Thanks MODS for everything you do & for being so patient with these post uploads every week!

Tangy Pickle Doritos are now available in certain stores across the US. The chips debuted in stores earlier this week and will only be available at Dollar General and Circle K. The suggested retail price is $4.29 for the 9.75oz bags and $1.89 for the 2.75oz bags.

This flavor is already available in other countries, including Canada, going by the name “Intense Pickle.”

What are your favorite chips / crisps?

BREAKING: Tennessee just passed a ban on abortion. We're suing with the Center for Reproductive Rights and Planned Parenthood.

Abortion is a right. If states didn't learn their lesson last year when we blocked seven bans, we will remind them again in court.

ICYMI: TN decided to pass a heartbeat bill in the middle of the night, behind closed doors, removing any members of the public. While also voting down bonuses for teachers and declining to discuss any COVID aid.

James Van Der Beek revealed on Instagram that his wife Kimberly has suffered a miscarriage at seventeen weeks pregnant. They had previously miscarried in November 2019.

He said in part: "The soul we'd been excited to welcome into the world had lessons for our family that did not include joining us in a living physical body."

The couple has five children- Olivia, 9, Joshua, 8, Annabel, 6, Emilia, 4, and Gwendolyn, who turned 2 earlier this month. This is Kimberly’s fifth miscarriage in nine years, according to People.com.

The cast of #Riverdale was spotted meeting up for dinner on Friday night - see who attended! https://t.co/buqi9BgWEB

in "masks, i don't her" news, some of the Riverdale cast (Cole Sprouse, KJ Apa, Madelaine Petsch, the guy who plays Fangs) had dinner in LA last night

BLACKPINK are finally having a comeback in September! They are having a Pre-Release Single on June 26th and they will promote it on Jimmy Fallon show!

And here are video teasers:


@ mods: i tried posting it before but my mozilla messed everything up so if it's sent, please reject it! 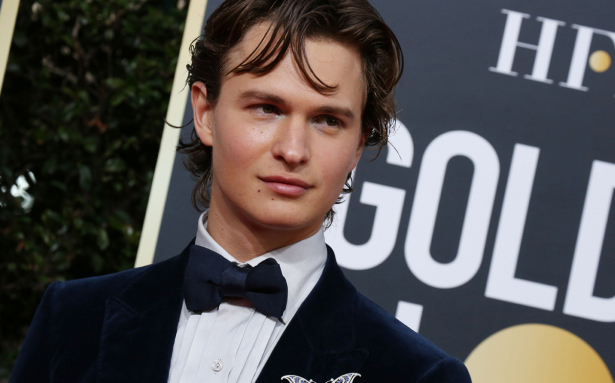 Ansel Elgort took to Instagram today to respond to allegations of sexual assault that were leveled against him on Friday, June 19, by a young woman named Gabby who claimed that [sensitive content]the actor pressured her into having sex when she was 17 years old and he was 20, despite her telling him she was in pain (she was a virgin at the time).

In a post on his Instagram profile, Elgort described being "distressed" by Gabby's post accusing him of assault, without denying having had sexual relations with her, writing:

"I cannot claim to understand Gabby's feelings but her description of events is simply not what happened. I have never and would never assault anyone. What is true is that in New York in 2014, when I was 20, Gabby and I had a brief, legal and entirely consensual relationship. Unfortunately, I did not handle the breakup well. I stopped responding to her, which is an immature and cruel thing to do to someone. I know this belated apology does not absolve me of my unacceptable behavior when I disappeared.

"As I look back at my attitude, I am disgusted and deeply ashamed of the way I acted. I am truly sorry. I know I must continue to reflect, learn, and work to grow in empathy."


"I was meant to have been getting on with that, in my head, during these months. But then I got hit with COVID fog. I think one day there will be another film, because there’s meant to be a trilogy, you see. I know Universal would like me to do it."