Maxi Challenge: Girl Group challenge. Write a verse about a celebrity crush of their choice, then create a group look and choreo to perform the song on stage

Would you write a song verse about Henry Cavill, ONTD? What's your favorite girl group?

Killing Eve is once again facing backlash, this time over its lack of diversity in its writers room. Eyebrows were raised on Friday night after one of the series’ writers, Kayleigh Llewellyn, tweeted a now-deleted post showing a screenshot of a Zoom call between the show’s writers.

“15 weeks later, it’s the final day of the Killing Eve writers room,” wrote Llewellyn. The image showed nine individuals — a group that is predominantly female, but all white — raising a glass to the camera. Basically, the show had more male writers than writers of color (on a show about a bisexual Asian woman).

Fans, who have been calling out KE for weeks for sidelining star Sandra Oh were joined by blue check Twitter stars like Matthew A. Cherry, Tom and Lorenzo, Carly Usdin, Variety tv critic Caroline Darya Framke and E. Alex Jung.

Variety's independent research on KE's writing credits shows a complete lack of writers of color across all seasons, which has 16 writers including executive producer Phoebe Waller-Bridge and author Luke Jennings.

The Goal: Make an ONTD curated “Best Of” album for the boy band, SHINee.

Happy nominating! (and if you're not that into SHINee or don't really know kpop, I hope you'll still join the voting and give them a listen!)


srcs: me, SHINee and wikipedia!

Hello, I am once again here to talk to you about Artemis Fowl (2020). I'm not going to nitpick on shit that people have already complained about, like Artemis surfing, or wearing jeans, because that's really the least of everyone's problems on planet earth.

Pictured: Me for the past 21 months.
After


Finally, at long last, Artemis Fowl has been made into a movie! So, how was it?

So it's...'Loosely Based on Someone Giving Us a Very Confusing Synopsis of Eoin Colfer's Artemis Fowl'.


There are 15 minutes of deleted scenes. Some (many) are pointless. The main scene of the first trailer is completely cut out of the movie. It is one of maybe 3 book-accurate scenes.

I was watchinig the movie going "Wait...isn't Hong Chau supposed to be here?"

On a scale of "A Monster Calls" (Great, everyone should watch it) to "Cirque Du Freak" (Let's pretend it doens't exist), where does "Artemis Fowl" fall?

It's better than CDF, and I'm at a loss if it's better than "Percy Jackson". It borders on almost competently made and almost has engaging characters, so  I can rate it higher than "Eragon". It's not as good as any "Harry Potter" movie, and doesn't come close to "A Monster Calls".

A solid 3.4. It's sitting around that on Metacritic as well.

Some news publication should really do a write up on how this went so far off the rails. Why was the story changed in the 18months between trailers? It won't be like Lucasfilm and Star Wars, where the behind the scenes drama is much more interesting than any of the modern movies, but it would be worth reading.

source: 2 out of 5 senses (hearing, sight), Disney+, links in posts where appropriate, and, very loosely, the books by Eoin Colfer.

Staci Schroeder is said to be pregnant with her first child Beau Clark. The couple were seen out in LA on Friday.

coming this fall to MTV pic.twitter.com/vzacCya6jN

LAFACE Skincare CEO Lisa Alexander and her husband confronted an asian man painting "Black Lives Matters" in chalk on a wall in front of a home. They claimed he was defacing private property because they knew who lived there (spoiler alert: the man painting lived there) They proceeded to call the police on him.

A white couple call the police on me, a person of color, for stencilling a #BLM chalk message on my own front retaining wall. “Karen” lies and says she knows that I don’t live in my own house, because she knows the person who lives here. #blacklivesmatter pic.twitter.com/rOpHvKVwgP


The internet found out who she was and contacted beauty subscription service Birchbox. They have now removed LAFACE products from their site and issued a statement

A note from the Birchbox Team regarding Lisa Alexander and LAFACE. pic.twitter.com/CZSpBQegeA 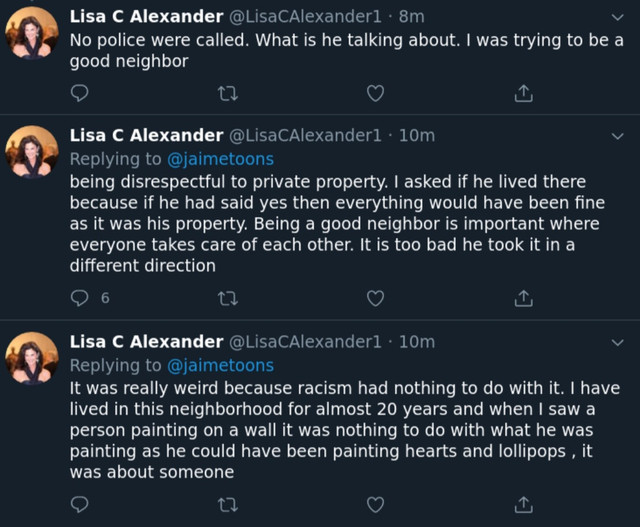 .@IggyAzalea reveals she gave birth to a son:

“I want to keep his life private but wanted to make it clear he is not a secret & I love him beyond words.” pic.twitter.com/HiKIDYt9QC


Earlier this week Iggy Azalea announced she gave birth to a baby boy. The father is allegedly 23-year-old rapper Playboi Carti. Iggy wants to keep her son's life private but wanted to make it clear he's not a secret in her eyes and that she loves him unconditionally.

I'd say it's wild she had a baby and nobody found out but also who is checking for her anymore? lol

Hey ONTD, are you an avid reader of the popular subreddit, r/AmItheAsshole? No? Well, do I have some blind items for you. It's as if COVID had brought these two people in celebrity circles to the sub to air out their laundry about their celebrity family or celebrity family adjacent to help reassure them that they're not the assholes in their situations, but what do y'all think? And which celebrity are they connected to? ONTD investigates.

Spike Lee is speaking up for Woody Allen, he’s not a fan of the “cancel culture”.

“I’d just like to say Woody Allen is a great, great filmmaker and this cancel thing is not just Woody and when we look back on it we are going to see that — short of killing someone — you can’t just erase someone like they never existed. Woody is a friend of mine . . . and I know he’s going through it right now.”

JOIN US TONIGHT at 9 PM EST TO WATCH MOONLIGHT!


After setting up, click HERE to join the party!
( Collapse )

Working on a poll for users to vote for our next movie night selection & date/time. Next week's theme TBD!

Please stand by for the updated link around 8:30-8:45 PM EST, it’s blank for now pending post approval. THE LINK IS NOW LIVE - WE'LL BE HITTING PLAY NO LATER THAN 9:15 PM EST AS PEOPLE SETTLE INTO THE CHAT!

Thanks MODS for everything you do & for being so patient with these post uploads every week!

this went from funny to creepy to sad fast

that fucking show
most ridiculous storyline?

Congrats to Matt James. I am happy to see that a black man was cast after 18 years and 40 seasons. I believe it is a step in the right direction.

- After ABC announced Matt James as the new Bachelor, former Bachelorette Rachel Lindsay took to Twitter to both congratulate him, and to drag the franchise for doing the equivalent of "posting a black box on your social media account without other steps taken to dismantle the systems of injustice"
- Matt James will be the first Black lead of the Bachelor after 18 years and 40 seasons
- Lindsay previously stated that she will no longer be affiliated with the franchise unless it made some big changes

Cute or Tall (Part 2)
Once again, the idea belongs to

therearewords.
Here’s my best attempt at levity: a list of men who could be handsome, but are probably just tall. Remember, the taller you are, the less dense the air around your face. Air density has an inverse correlation with perceived handsomeness (Crowdedstreets et al. 2020).

Figure 1
Conclusion: It’s science. The taller you are, the higher your face, the lower the air density, the higher the degree of perceived handsomeness.


European users, this weirdly-timed post is dedicated to you.

Additionally, Disney's The One and Only Ivan will be released directly on Disney+ on August 21st 2020 (the same date it was set to release in theaters)

which one of these movies do you plan on watching, ONTD?
Collapse