Court is officially in session with Chrissy Teigen.

Rihanna is featured on the chorus for PARTYNEXTDOOR’s new track “BELIEVE IT.” The new song is off his new album PARTYMOBILE, which just dropped. The rap artist famously co-wrote the no. 1 hit “Work” and “Sex With Me” for Rihanna’s 2016 album ANTI. The song marks Rihanna’s first feature and new music in about 3 years. badgalriri has since traded in her pop music career to sell Avon products full-time, launch a K-Mart clothing line and become a beauty guru on YouTube.

Us receiving this music: 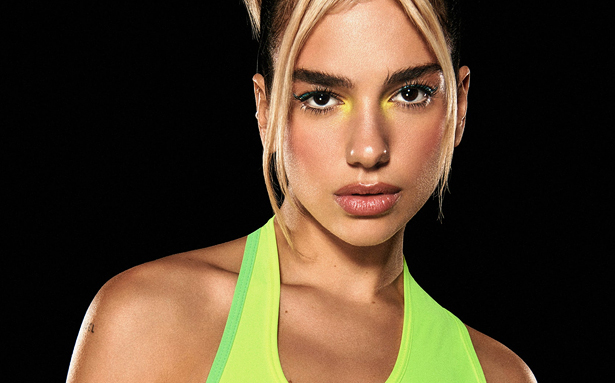 We did promise you gifts. #KillingEve returns two weeks early on Sunday, April 12 at 9pm on @BBCAmerica and @AMC_TV.
Kisses. pic.twitter.com/fIYKJeaWyQ

BBC America announced this morning that Killing Eve will return two weeks early on Sunday, April 12 at 9pm on BBCA and AMC.

We also got our first trailer:

After the cancellation of the four Seoul dates and having the fandom speculating about the future of the tour, Big Hit yesterday published that the North American leg of the tour will be postponed.

- The NA tour was originally scheduled to take place from April 25th to June 6th.
- The new dates will be announced "as soon a possible", all purchased tickets will be valid.
- TicketMaster USA shows the dates as "postponed"
- The decision was made with guidance of all local governments regarding public events.
- They are working on having new dates for Seoul as well, once the situation is more stable.
- European ticket sale is happening between Apr 29 and May 1st, but it will "depend on the evolution of COVID-19"
- No word on Japan ticket sale yet.

I'm glad they didn't cancel. My prediction is: 2021 hopefully.

Animal lover Kaley Cuoco decided to foster a senior chihuahua named Dump Truck aka Dumpy while in social isolation, but fell in love with him and decided to add him to her pet family permanently. Dumpy joins her other dogs Tank, Norman, Shirley, Ruby, Blueberry, and Barney.

Skip to 3:00 to see Dumpy and 6:00 to see Blueberry and her towel. See her IG stories for daily videos of her fur babies.

Bad Bunny released the music video to “YO PERREO SOLA”

Oh, what a beautiful morning!

Oh, what a beautiful #RnHMovieNight! Join @RnH_Org as they watch Oklahoma! starring @RealHughJackman on @BroadwayHD. https://t.co/WD6B4GNJoY

Join in to watch Hugh Jackman in his natural element

Today is Mariah Carey’s 50th birthday or her “anniversary”. 🥳

Mariah is celebrating on social media and revealed she is working on new music.

Mariah will also participate in the iHeart Radio Living Room Concert for America on Sunday.

To support Mothers and Children in need during this time, I’m proud to announce @SKIMS is committed to donating $1M to families affected by COVID-19. pic.twitter.com/cmk9wmmQgY

when she ain't slapping least interesting to look at kourtney, kim is donating $1 million to families affected by COVID-19.

1000 masks per box! WOW we are so proud and I can’t thank my team enough for all the hard work. We hope this helps so many people because they are helping all of us! pic.twitter.com/kraCF8LMIG


Fashion designer Christian Siriano and his team have created thousands of N95 masks, to help with medical supply shortages as the state grapples with the coronavirus.

so glad they're helping! meanwhile my president is going to take away food stamps for many while COVID-19 death toll rises

Despite officially reported stories that Disney Land and World would reopen on April 1st, new information states that the parks will be closed indefinitely.

Cast members will still be paid until April 18th for now.

.@PattyJenks reveals she walked away from #ThorTheDarkWorld because "I did not believe that I could make a good movie out of the script that they were planning on doing" https://t.co/vdWtNsUrBa

“You can’t do movies you don’t believe in. I did not believe that I could make a good movie out of the script that they were planning on doing,”

Jenkins felt that helming the movie would have been a no-win for her, assuming she’d be blamed when the 2013 film turned out to be a disappointment.

He is self-isolating in Downing Street, but will continue working to "lead the national fightback against coronavirus". He has not called on his deputy, Dominic Raab, the Foreign Secretary to take over his duties, as the PM says he has “mild symptoms”. -Following her widely praised Super Bowl Half Time show performance, JLO was due to announce a world tour, with several headlining UK dates.

-The plans have since been scrapped following the global Covid-19 outbreak which has led to the cancellation of most large-scale events.

-It is unknown if Jennifer will resume the tour plans in 2021.

If we're still alive would you go see Jenny live?

Rammstein Singer Till Lindemann Recovering After Being Admitted to ICU with COVID-19: Report https://t.co/s6aChHFWtw

- Till Lindemann (57) is in intensive care in a Berlin hospital after being diagnosed with COVID-19,
- he was in critical condition with pneumonia an extremely high fever,
- he is currently in stable condition and under quarantine.

However, some Spanish internauts have drawn comparisons from one of the songs in the album, “levitating” to one from Miguel Bosé, legendary Spaniard pop icon, the song in question is “don diablo” from his self-titled album “Miguel”, originally released in 1978, with many stating the songstress’ album being appropriately named by reminiscing many songs from past times.

but why do all her songs sound so... dated?

JOIN US TONIGHT at 9 PM EST TO WATCH THE FIRST WIVES CLUB!

Working on a poll for users to vote for our next movie night selection & date/time. I will select a few films across several genres. Lastly, anyone unable to download the extension or who doesn't have Netflix is more than welcome to join in the ONTD comments under this link sharing post and find a viewing of the movie by any legal means necessary.

Life has changed for just about everybody over the last few weeks, including the Bon Appétit Test Kitchen. We've gone remote so we're going to be cooking from home for a while. Join Brad Leone, Claire Saffitz, Carla Lalli Music, Sohla El-Waylly, Rick Martinez, Andy Baraghani, Molly Baz, Gaby Melian, Chris Morocco, Amiel Stanek, Priya Krishna, Christina Chaey and Alex Delany as they cook from their homes, their parents' homes, or even rental homes in the desert, Mexico and Long Island. Bon Appétit is here to cook at home with you.

In these times of need, in these times of quarantine, the one thing we can rely on is Law & Order: SVU. 21 seasons, 475 episodes, and a marathon nearly everywhere you look. SVU will outlive us all, and COVID-19 is no match for Olivia Margaret Benson.

Not the show isn't somewhat affected. This season will be cut short, and will end with episode 20 (which was the last episode filmed). Also, we will not be getting a promo, at least not this week (maybe at all?) but, at least, according to the showrunner's tweets, the editors are hard at work (from home) in order to complete the remaining episodes.

So, in lieu of a promo, here are some promo pictures! (and a lengthier post! With a cut! Who am I?)

ONTD, how's quarantine treatin' ya? I hope you and your loved ones are all well, and you stay safe. I won't ask if you watched last night's new episode with John Waters, because what day is it, even? My only question is, how many episodes (or seasons, you freaks!) of SVU have you watched since this whole thing started? I love you and I leave you with an old school Barisi gif ❤️❤️❤️

YouTubers Rhett and Link held a March Madness-style tournament to find the best ice cream flavor. After fans voted for the top sixteen the ice creams were split into four regions: chocolate (base), vanilla, fruity, and miscellaneous (aka those without a chocolate, vanilla, or fruit-flavored base).

[Spoiler (click to open)]The winner was Ben and Jerry's Half Baked from the miscellaneous region.
Here are the top sixteen if you want to see how and why they chose the top four:
( Collapse )

Recently, they also did a taste test where they tried every Ben and Jerry's flavor and ranked them:

ONTD, what is your favorite ice cream flavor?

First song released since 2012’s “tempest”, the song is mostly about the assassination of JFK, including references like the “triple underpass” near Dealey Plaza, the removal of his brain during the autopsy, and the “three bums comin’ all dressed in rags” captured on the Zapruder film that conspiracy theorists have been obsessing over for decades, along with other events from that time period.

It is also plagued with musical and historical references in its over 16 minutes length, ranging from “nightmare in elm street”, Etta James, the Beatles and others. Heralded already as a master piece with its message of turning to music for comfort in troubled times.

Bob Dylan's surprise new song is ostensibly about JFK, but there's so much more. Go deeper with 20 more historical references from the epic track https://t.co/f60rSTgVgH pic.twitter.com/dNKlcnvnDr