The Premier League, FA, EFL and WSL have collectively agreed to postpone the professional game in England

- 3 Leicester players are in self quarentine

-It was unanimously decided to suspend the Premier League with the intention of returning on 4 April, subject to medical advice and conditions at the time.

- Jared Kushner, who is NOT a medical professional, has been given the task to conduct research about the coronavirus and to help Chump decide whether or not he should declare a national emergency. He's asked Kurt Kloss, an ER physician and Karlie Kloss' father, for medical advice. Kloss then sought out advice from a Facebook group that includes medical professionals. He touted having a "direct channel" at the WH now and when some physicians were skeptical, he mentioned Karlie and the Kushner's. The man who is tasked to save lives also had his father donate a large sum to Harvard in order for him to be admitted. 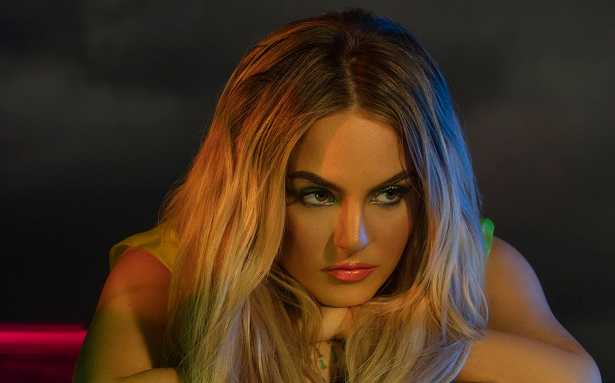 Despite you know what, some brave souls still went to the movie theater.

BLOODSHOT opened to 1.2$m on Thursday, 600k less than Onward last week before the brouhaha kicked off big. Weekend estimates are that the picture will open to somewhere around the 10$m range this weekend.

LBR, it's only about 2$m less than it would have opened on a regular, non-pandemic March 13th-16th world, but who can never be sure?

I STILL BELIEVE and THE HUNT had 780k$ and 435k$ Thurdays, respectively.

Meghan Markle: Escaping the Crown investigates the role that the monarchy and British tabloid media played in vilifying Markle. As the saga continues with Harry and Meghan’s loss of royal branding, the documentary confronts issues of race, prejudice, and obsession in a story that now threatens to upend one of the longest-running institutions in the world.

Welp, what a way to end the box office for the foreseeable future. The Christian-faith based biopic 'I Still Believe' kicked off this weekend's box office with $780,000 on Thursday night. With a $7 million budget, it should do well with around $10M-12M this weekend in the U.S./Canada.


I expect this will be the last of my Thursday box office posts for a while.

the night i met my husband 😍 https://t.co/tlXqhO9oV2

Carlos Cordeiro, former president of the U.S. Soccer Federation (Known for saying Rapinoe's name wrong at the NYC celebration), announced that he was stepping down after a controversial court filing in a lawsuit against the USWNT.

The resignation of Cordeiro is effective immediately. He is replaced by vice president, Cindy Parlow Cone who will be the first woman to head the governing body. Cindy Parlow Cone previously coached the Portland Thorns and was a member of the '99 World Cup Team.

Fun fact: If you Google US Soccer, results are all about the USWNT

Pres. Donald Trump: "To unleash the full power of the federal government... I am officially declaring a national emergency." https://t.co/CMrrTzYHIC pic.twitter.com/u1aSyK0qbf

45 declares a national emergency over coronavirus outbreak. The emergency declaration falls under the Stafford Act, which governs the federal response to public health and natural disasters. It was previously used in a similar capacity by President Bill Clinton to address an outbreak of West Nile virus in New York and New Jersey in 2000.

Heidi Klum Says She Has Been Unable to Get Coronavirus Test While Home in Bed 'Feeling Feverish' https://t.co/Vyzhh2Y1z9

Heidi Klum is feeling under the weather — and she’s concerned it could be the coronavirus. The “America’s Got Talent” judge posted a video of herself lying in bed Friday on her Instagram Stories to reveal she’s been suffering with multiple respiratory symptoms, but hasn’t been able to get testing for COVID-19.

“I hope it’s just a cold. I would love to do the corona test, but there just isn’t one here,” she said, adding, “I’ve tried with two different doctors and I just can’t get one.”

Klum is taking time off from AGT to recover and to avoid putting the show’s other cast and crew members at risk. “I’m just not feeling good,” she explained. “So that’s why I’ve stayed home to not infect any other people.”

She ended her message by urging fans to protect their health and the health of others. “Stay safe, everyone. Stay home if you don’t feel good,” she said. 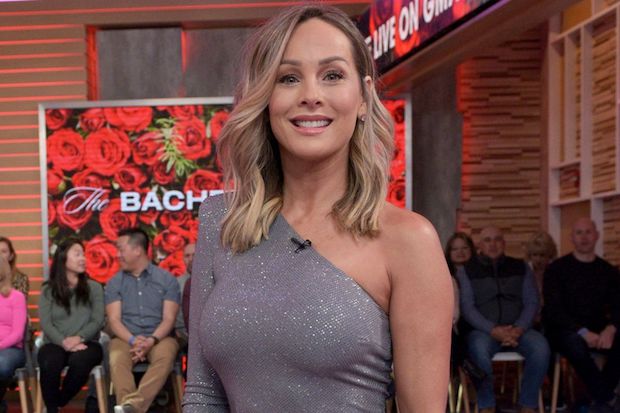 Warner Bros. TV has postponed filming for their more than 70 television series and pilots out of fear of COVID-19. These include Young Sheldon, The Bachelorette, Manifest, and Supergirl, among others.

"With the rapidly changing events related to COVID-19, and out of an abundance of caution, Warner Bros. Television Group is halting production on some of our 70+ series and pilots currently filming or about to begin."

As a Bachelorette fan, this breaks my heart. The network recently announced their cast of men for the season of Clare Crawley, 38.

“When it comes to the vaccine issue,” she says, “I was six months pregnant at the time, and I was still trying to figure out my birthing plan to have my son. And, at the time, I made a completely thoughtless post on my Instagram.” https://t.co/wGK8WhgETQ

After losing her make up line and facing major public backlash and scrutiny for her decision to not vaccinate her son, Kat Von Dumbass is trying her hand at redemption she's apologizing for her actions stating that she was six months pregnant and uninformed. Kat Von Dumbass later changed her mind and vaccinated her son but the damage was already done. There were also rumors of her affiliation with neo nazi's as her current husband, Leafar Seyer, also has a swastika tattooed on his neck. Seyer claimed it's “not a German swastika! It’s seating on a lotus flowers and it represents; the 4 seasons; winter, spring, summer, fall. The 4 directions; South, East, West, north. Also peace, auspiciousness, and good luck.”

According to the New Zealand Herald, the pair met over 20 years ago when Winstanley interviewed Waititi for a documentary about Māori artists. They reconnected in 2010 while working on the film “Boy” and got married in 2012 in New York.

They were last seen publicly at a Golden Globes party in January.

Page Six is alleging that Taika has moved on after he's been seen out and about with a new woman. The unknown woman was seen with Taika at a Laker game on March 10th and with him at multiple events. Picture at Page Six.

Reps for Taika or Chelsea did not return Page Six's request for comment.

Harry showed his tongue-in-cheek side in a new interview promoting his platinum sophomore album Fine Line.

When he was asked “If you weren’t a music artist what would you be?” he replied "a virgin".

Harry notes that contrary to all his previous albums which were done "pretty fast" he took his time making this album, which allowed for self-reflection.

Explains the meaning (for him) behind Adore You, Watermelon Sugar and Falling.

Noted racist Iggy Azalea thinks her mother’s panic buying amid the coronavirus crisis is stupid. The 29-year-old former rap star has taken to Twitter to urge her followers to resist the temptation to hoard things like toilet paper and food supplies.

Iggy tweeted: “I will not stop trying to get my mother to admit panic buying is stupid UNLESS she eats all her canned fish and uses alllllllll her toilet tissue. Use ALLLLLL your dettol girl... or Admit defeat.”

She added, “Jokes aside though, please Try not to panic buy large amounts of things [love heart emoji]. Looking out for one anothers health includes making sure we all have access to the items we need instead of pointlessly hoarding them all in your garage.”

How are your local stores?
Have you stocked up on any food and supplies?

Everyone's favorite album, Myah Britney Jean is being released on HOT PINK VINYL via Urban Outfitters, It is scheduled for release on April 17, 2020. There are only 3000 HOT PINK VINYLS avaulable. It features the only song she still cares about, Work Bitch. And off course the ever amazin duet Chillin' With You.

I know no one likes this album, but it completes her entire studio album discography on vinyl. Hopefully You can get it before they run out and release it on the unfortunate CLEAR VINYL like they did with all the other albums.

Inside Corey Feldman's wild screening of his sexual abuse film as it went off the rails https://t.co/nwP12BTdbe


· Corey Feldman produced a documentary called "My Truth: The Rape of 2 Coreys." Per Feldman, the documentary had been rejected by traditional film distributors so his solution for this was to offer it available for streaming starting Monday March 9th to anyone who paid $20. Feldman promised to name pedophiles in the industry
· At 8pm on Monday (one day before the 10th anniversary of Corey Haim's death), while Feldman was hosting the premiere at the Director's Guild of America's Los Angeles headquarters, the streaming website ran into "technical difficulties" and customers were left with an error page
· While onstage, Feldman spoke to one of the film's producers and then directed the producer to put the phone call on speaker so the audience could hear the conversation. In the background, technicians could be heard saying the servers were being attacked by hackers while a message on the streaming site said hackers were trying to prevent the film from being seen
· From the audience, Rosanna Arquette encouraged Feldman to continue with the screening. Tuesday morning Feldman apologized for the difficulties and now says the doc will stream for 6 more days. It's unclear if the technical difficulties were caused by hackers or the amount of people attempting to tream. In the doc, Feldman alleges that Corey Haim was raped by Lucas co-star Charlie Sheen; Sheen, through a publicist, denies the allegations. Haim's mother Judy has also denied that her son was abused on the set of Lucas

Man is the first single from JoJo's long-awaited fourth album, Good to Know, which comes out on May 1st under her imprint Clover Music at Warner Records.

Niall Horan : idc about corona.. let's focus on getting my album #1 haha https://t.co/qHFotmb3c2