Birds of Prey, the only new wide release of the weekend, easily took the number one spot at the box office. But estimates of a $33.2 million dollar take came in well below initial expectations of $45-$50 million. After three weeks of dominance, Bad Boys For Life finally lost its grip on number one, making approximately $12 million for second place. Just behind Bad Boys is Oscar contender 1917, with $9 million, and rounding out the top five are Dolittle and Jumanji.

Her @ these white folk:

Today's the last day that "Spider-man: Into the Spider-verse" is the current holder of Best Animated Feature and I'm sad bc this year's crop are boooring.

Alfre Woodard throws an annual Oscar party for black actresses “so that we don’t get into that bogus sense of competition that the business wants,” Woodard told me, where “they send everybody from KiKi Layne to Cicely Tyson up for the same role.” https://t.co/2tWPI9Lg2A

Every year for the last 11 years, Queen Alfre Woodard throws a party of black actresses during awards season -  Sistahs’ Soirée. It is a very small event and doesn't get a lot of gets press coverage - I think partly because Alfre wants it that way and partly because the people covering awards season don't care about black actresses. Anyway, this year the New York Times covered the party. Invitees included Cynthia Erivo, S. Epatha Merkerson, Lorraine Toussaint, Tiffany Haddish, Amandla Stenberg, Laura Harrier, KiKi Layne, lashana lynch and others.

When speaking about the event to the New York Times, Afre said “I’m gathering women who have been nominated in the acting category by the academy...as well as those who, in a perfect world, should have been.”.

The goal of the event is to foster camaraderie amongst the actors. She says - “It’s important to me that when we hear our sisters’ names, we think good thoughts and feel protective of them, so that we don’t get into that bogus sense of competition that the business wants to put you in by saying, ‘Too bad there’s only three roles for black women this year,’ and then they send everybody from KiKi Layne to Cicely Tyson up for the same role.”

Alfre is no stranger to the awards season hustle, she was nominated in 1983 for a film called “Cross Creek,”. This year she earned nominations from the Independent Spirit Awards for her role in "Clemency", but was snubbed by the Academy/Oscars. She seemed unbothered by the snub saying "it’s something entirely separate from what we do".  Instead she is more frustrated by Lupita Nyong’o's career tragectory - Alfre said to New York Times “She (Lupita) is still the great mahogany hope, but you’ve seen Lupita more on magazine covers than you have onscreen,” Woodard said. “Every time out, Lupita is fabulous, but look at what she’s done since she won that Oscar and then look at the opportunities of a Scarlett or a Charlize.”

Alfre has one simple commandment those at the party “Stay busy, my daughters, Stay busy, and especially stay joyful doing it.”

Pics of the Sistahs’ Soirée through the years....

You want to know why Kobe Bryant is a hero? He apologized to a hurt young woman. Snoop & others it’s time to stop terrorizing @gayleking & @feliciasonmez Truth hurts. Death hurts. Grow the fuck up. Kobe stopped hurting women, so can you pic.twitter.com/EEkg6u1HNM

Spent a year with the filmmaker Dee Reed, observing her make work and navigate through Hollywood. All of her tactics will be familiar to anyone who’s had to be strategic in a predominantly white institution. A lesson in playing the longest game :: https://t.co/B5L5tcL7kr

The 92nd Academy Awards are being held tonight at the Dolby Theatre in Hollywood. The show doesn't start until 8pm ET/5pm PT, but the red carpet is already open, with coverage on E! from 5pm ET/2pm PT, and on ABC from 6:30pm ET/3:30pm PT through the start of the show. The weather is currently... not ideal. 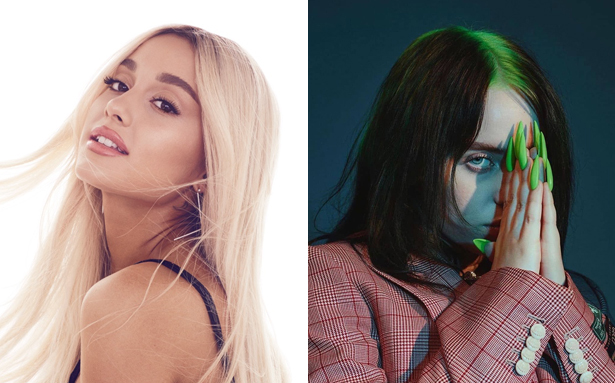 Green Day released their thirteenth studio album, Father of All Motherfuckers, on Friday, and as part of their promo tour Billie Joe Armstrong gave an interview to USA Today in which he talks dropping f-bombs, politics, and the sad state of the GRAMMYs.

When asked about music's (alleged) biggest night, Armstrong criticized the on-air presentation of Best Comedy Album, saying, "The fact that they aired a comedy record [award] and didn't have a rock band on television, I just don't even know what that is. I love comedy just as much as the next guy, but they are doing a disservice to rock music."

He did, however, voice his happiness over Billie Eilish (with whom he shared a Rolling Stone cover last year) sweeping the big four categories—dissing Ariana Grande in the process.

"It's insanely well-deserved," he said. "[She and her brother Finneas'] music is very real, and you can tell it all comes from them, which is what sets it apart from what other pop acts are doing. It's not even comparable to think about what she does compared to someone like Ariana Grande. She's the real deal."

Do you listen to "real" music?

Justin Bieber returned to Studio 8H for the first time in seven years last night to perform two singles off his soon-to-be-on-clearancereleased album Changes on Saturday Night Live. He and his struggle 'stache were joined onstage by a three-piece band for "Yummy" and Migos' Quavo for "Intentions."

The Pulitzer is an esteemed award given to those who have excelled in various forms of media and literature - from books to music to journalism to poetry to novels. Here are the some of the trailblazing black women who have earned the highly prestigious award. OP will include a bit of background of the women if not mainstream, their winning piece and if possible some interviews to highlight their genius.

1. Gwendolyn Brooks, poetry. She is the first black person to win the Pulitzer Prize for her work Annie Allen, a story of a young girl becoming a woman. Her work often highlighted to stories of the marginalized including black people and immigrants.

OP hopes that for 2020, you will, like grandma used to tell me: "tap into yo black genius, baby".

In a recent interview, Time's reporter Megan Twohey questioned Weinstein's lead defense attorney Donna Rottuno was asked if she had ever been sexually assaulted before.

"I have not because I would never put myself in that position," she said on the New York Times podcast. "I've always made choices from college age on where I never drank too much. I never went home with someone that I didn't know. I just never put myself in any vulnerable circumstances ever."

When asked if she thought every woman who was sexually assaulted put themsleves in vulnerable positions, she replied with some more victim blaming drivel.

"Absolutely not but just as we make smart decisions when we walk out on the street at night, I think you have to make the same decision when your putting yourself in circumstances with other people," Rotunno added.

"I just never put myself in any vulnerable circumstances ever," said Harvey Weinstein's lawyer when asked by The New York Times if she had ever been the victim of a sexual assault https://t.co/NtHGFWzBWT

Original ONTD graphic credit thanks to this 2017 live viewing post. :)

The 92nd Academy Awards ceremony, presented by the Academy of Motion Picture Arts and Sciences (AMPAS), will honor the “best” films of 2019 and will take place at the Dolby Theater in Hollywood. Once again, the show will have no host and begins at 8 p.m. ET / 5 p.m. PT on ABC. You can check here for official ways to stream the show online. Feel free to share alternative streaming links with others in the comments.

I will try my best to update this post with winners shortly after they’re announced.

ACTOR IN A SUPPORTING ROLE
WINNER
BRAD PITT
Once upon a Time...in Hollywood
NOMINEES
TOM HANKS
A Beautiful Day in the Neighborhood
ANTHONY HOPKINS
The Two Popes
AL PACINO
The Irishman
JOE PESCI
The Irishman

It wouldn't be a new year without a new Britney Spears fragrance.

"Glitter Fantasy" is available now while the press release notes that "This sparkling scent glimmers with twists of sophistication. Flirtatious red fruits mingle with a radiant floral bouquet. Seductive woods and enveloping musks glisten for a moment of surprise and delight."

In a nostalgia combo MTV Making the Video (!) takes you behind the scenes of the new Pussycat Dolls music video for #React.

Check out how the Dolls dealt with battling the elements in their quest to hairflip their way through fire, wind and water.

This performance is brought to you by Eminem’s one ONTD stan,

Look, if you had another shot, another opportunity... Thanks for having me @TheAcademy. Sorry it took me 18 years to get here. pic.twitter.com/CmSw2hmcZo

- Andrew attended a dinner hosted by the Chinese ambassador to Britain,

- the ambassador tweeted: "Her Majesty The Queen sent an encouraging message to President Xi and Chinese people: At the critical time of fighting #coronavirus, I express my sincere sympathy for Chinese people, and pray for the speedy control and victory over the virus. It was conveyed by Duke of York.",

- Andrew was with Sarah,

- Beatrice and her fiancé were also present.

● Kpop kings BTS unveiled the first concept photos for their new album 'Map of the Soul: 7'

● The photos show the idols in a derelict room, gathered around a large hole, dressed in white while surrounded by feathers with a hangman's noose lying close by, painting a morbid picture.