To add to the endless list of awards in the next few weeks, the Australia’s 2020 AACTA International Awards ceremony took place on Friday night in LA, and 'Parasite' came out victorious. Full list of winners below.

Congratulations to @TaikaWaititi for winning the AACTA international award for Best Screenplay for Jojo Rabbit ❤️❤️ Taika attended the ceremony in a Paul Smith’s corduroy suit and a paisley print shirt pic.twitter.com/v0Box8EGCy

Netflix blew the release for ‘Toss a Coin to Your Witcher,’ the hit song of the season https://t.co/9VD5D9r8IX pic.twitter.com/qhSLzFSVYN

If you've gotten through the second episode of Netflix' The Witcher, you definitely got a certain song stuck in your head. But if you wanted to acquire the song through official means, it's only available on Soundcloud via the show's composer, Sonya Belousova and Giona Ostinelli and seemingly nowhere else.

The former has responded to fan inquiries about release of the Official Soundtrack by stating that while they have all the tracks ready, the decision is up to Netflix. She also encourages fans to let Netflix know about their interest via their social media channels. Considering that they've released soundtracks for other popular shows, the investment they've poured into this one (including renewing it for a second season a month before it even aired), and their branding of capitalizing on memes/viral moments, it's curious that a soundtrack is not currently available but only time will tell.

Jodie Turner-Smith Reveals Her First Teen Crush Was None Other Than Her Husband Joshua Jackson https://t.co/On37II1aHt

Jodie Turner-Smith has revealed her first teen crush was husband Joshua Jackson's character on Dawson's Creek, Pacey. Like many, many other girls.

When asked by W magazine for their Best Performances 2019 issue who was her first love, she responded "It was Pacey from Dawson’s Creek! I was a very young teenager."

The couple married recently and are expecting their first child.

In related news, Jodie and Joshua made their first public appearance since their marriage was announced, attending W Magazine's Best Performances Party at the Chateau Marmont Friday night. Jodie was one of the guests of honor for her performance in Queen and Slim. Pictures at the source.

Joshua Jackson and Jodie Turner-Smith just made their first public appearance since news that they're married and expecting a child! https://t.co/UEPwgQ2WZg

I am totally devastated watching what is happening in Australia right now with the horrific bushfires. I am pledging a donation of $500,000 directly to the local fire services that are battling so hard on the frontlines. My heart goes out to our friends and family in Oz ❤️ pic.twitter.com/kyjDbhoXpp

Pink has pledged a donation of $500,000 to assist the local fire services that are battling the brushfires in Australia.

23 people have died so far during the crisis, 12.35 million acres of land have burned and more than 1,500 homes have been destroyed. The fires have also killed over 480 million animals.

A critic from Vanity Fair, K. Austin Collins, and a white web editor for Harper's named Violet Lucca banded together to make fun of Blue Ivy's looks after Megan Thee Stallion posted a picture of her, Beyonce and Blue Ivy.

A post shared by Hot Girl Meg (@theestallion) on

Lucca responded back: "They haven't already?" She also tweeted "Or she'll just get plastic surgery at 16 a la Kylie Jenner and we'll all have to pretend that she always looked that way…I can't allow myself to feel too sorry for the incredibly rich!" 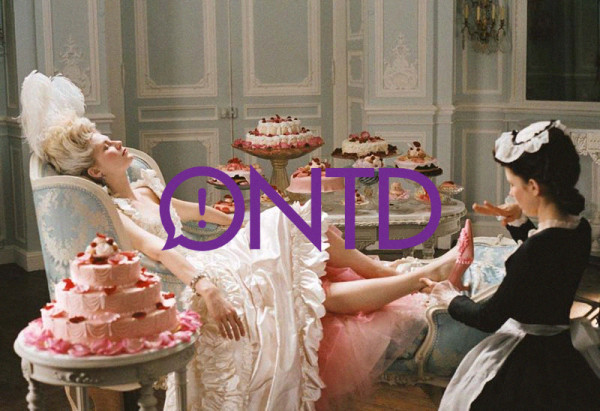 Introduction – Appetizers:
Is those below serving those up above?

If anyone has ever had the pleasure (or displeasure) of watching the (addictive) Channel 5 show Rich House, Poor House which follows working-class families in the bottom 10 percent and upper-class families in top 10 percent swapping budgets and lifestyles for a week, it’s no secret the UK shares a long, complicated history with class and wealth divide. The traditional unemployed working-class family earns no more than £57 to £114 in spending money a week from benefits, job placements or JobSeeker’s Allowance (for all us Americans, this is roughly $75 to $149; the British pound has more value). During a relatively vulnerable time in the UK’s political climate, the state of class division is more critical than ever. The lack of class representation seen in the entertainment industry is also nothing less than jarring both behind and in front of the camera (and has been a topic of discussion for decades).

TL; DR Are you poor, ONTD? Were you blessed with an elite education? How do y’all want to eat the rich (grilled, boiled, sautéed, fried, marinated, etc.)? And SERIOUSLY, genuine question: Does Benedict Cumstache piss tea and shit biscuits? # WhatIsTheTruth?

Fans spotted Harry Styles and Adele on the beach together in Anguilla. Fans are speculating that the two are working on new music together.

Luke Evans enjoyed some fun in the sun on Friday afternoon with his rumored boyfriend Rafael Olarra in Miami. The 40-year-old actor spent the day at the beach with Rafa and were joined by other friends.

ONTD, would you or your man wear a speedo to the beach?

Continuing on the 'Parasite' parade this awards season, the feature won best picture by the National Society of Film Critics. List of winners announced so far below.