ELI5: A top Iranian official was assassinated under Tr*mp's orders which is an act of war. Iran has said USA can expect retalliation for this. Tr*mp tweeted an american flag. Alarms have been raised to Kill Bill levels. World War III is trending worldwide.


OUR NATIONAL SECURITY IS IN SERIOUS DANGER. WE DONT TWEET OUT THINGS THAT PUT OUR TROOPS IN DANGER! GET THE TRUMPS OUT! VOTE OUT EVERY REPUBLICAN ENABLER. https://t.co/Tz4i7MMbBR


off to war - god help us #RemoveTrump

ONTD, are you ready for World War 3?? The newest reboot/remake/re-whatever of 'The Grudge' kicked off the first weekend box office of 2020, making $1.8 million on Thursday night. It's expected to bring in $9 million over the weekend (on a $10 million budget).

No other big releases this weekend, and everyone's just watching all the end-of-year Oscar bait anyway (and Star Wars).

- Headliners include Rage Against the Machine, Travis Scott, and Frank Ocean.

Are you ready for legend HATSUNE MIKU, ONTD?

-the movie had too much going on and they felt like it would clutter up the film and take away the audience's concentration on other things. Blah blah blah
The whole article is a trip

I need a bts tell all because they're excuses are just

Inspired by true events, Hunters follows a diverse band of Nazi Hunters in 1977 New York City who discover that hundreds of escaped Nazis are living in America. And so, they do what any bad-ass vigilante squad would do: they set out on a bloody quest for revenge and justice. But they soon discover a far-reaching conspiracy and must race against time to thwart the Nazis’ new genocidal plans.

Apparently on last night's episode of Project Runway, contestants were tasked to create a dress for KK that she could wear to CDFA event in Paris.

One judge said "I can't see Karlie wearing that, tbh" to which our unexpected hero quickly responded with "Not even to dinner with the Kushners?"

Karlie didn't know how to react. Long, uncomfortable pauses. You love to see it.

[some more gems in the TW thread]

Dear #Iran, The USA has disrespected your country, your flag, your people. 52% of us humbly apologize. We want peace with your nation. We are being held hostage by a terrorist regime. We do not know how to escape. Please do not kill us. #Soleimani pic.twitter.com/YE54CqGCdr

'Charmed' actress Rose McGowan has come under fire after posting a tweet apologizing to Iran. The tweet currently has over 45k responses, with a number of prominent conservatives calling her a "traitor".

The actress attempted to clarify her stance, which only further angered the right.

Of course #Soleimani was an evil evil man who did evil evil things. But that at this moment is not the fucking point. The United States is morally corrupt and acts illegally. It is only logical to appeal to Iran’s pride by apologizing. I’m taking one for the team. #TeamStayAlive

Cameron Diaz has just announced on Instagram that she and husband Benji Madden are the new parents to a baby girl named Raddix. Congratulations to the family!

The AFI Awards, which honor a number of films and television shows that AFI have deemed best of the year, held their annual luncheon this afternoon.

Above is the cast of Knives Out, and below the cut are more photos from the day and a full list of the honorees.

She's here! After teasing her new record with an EP titled "She Is Coming" last summer, the singer kicked off 2020 with a video reflecting on all her scandals and achievements from the last decade.

The 10 minute video features all the high's and low's of Miley's past 10 years, and ends with an announcement of her new era.

She teased a photoshoot on social media, wearing a shirt stating "I Am Here":

Kate Hudson is feeling the toll the holidays took on her body.

The 40-year-old actress shared on her Instagram Stories that she's feeling motivated to lose the weight she gained over Thanksgiving and Christmas.

The “Almost Famous” star weighed herself on camera, and revealed her post-holiday weight is 136 pounds, stating it's "not ideal" for her 5'6 frame.

In December 2018, Hudson announced she joined Weight Watcher's program because she wanted to get back in shape after giving birth to daughter Rani Rose.

This comes after Camila has been suffering from a bumpy second era following an early album leak, racist posts resurfacing, none of her singles sticking, and plagiarism accusations.

Do you believe in karma ONTD?

Busy is still mad that Her E! show Busy Tonight was cancelled in May after less than  a year. And she ended 2019 with a rant on Instagram about how  she was 'blindsided' by the news

Youtuber Summer Mckeen has been struggling with acne, and flew out to LA for a consultation with Dr. Simon Ourian, Kendall Jenner's Dermatologist, his advice:

(she is on Accutane rn!)

- her acne was caused by a laser treatment?
- no moisturizer
- use water spray or baby oil to hydrate the skin
- no sunscreen
- no exfoliating
- remove makeup with olive oil
- he gave her a chemical peel!
- sold her his own $45 cleanser serum and Stridex pads


he also adviced to eliminate dairy from her diet to see if it helps, which is admittedly legit

SAD TO ANNOUNCE that @jameelajamil has revoked my invitation to her podcast bc I tweeted “only women can give birth”. Apparently the statement made her trans co-workers feel “unsafe”.

My refusal to untether myself from biological realities has cost me, yet again.

Candace Owens was invited to speak on Jameela Jamil's podcast 'I Weigh" after Candace posted a tweet that was deemed transphobic and made a trans coworker feel unsafe.

The tweets in question:

My only question is why did she invite right-wing puppet Candace Owens to begin with???? Did no one on her team say "hey lets not" 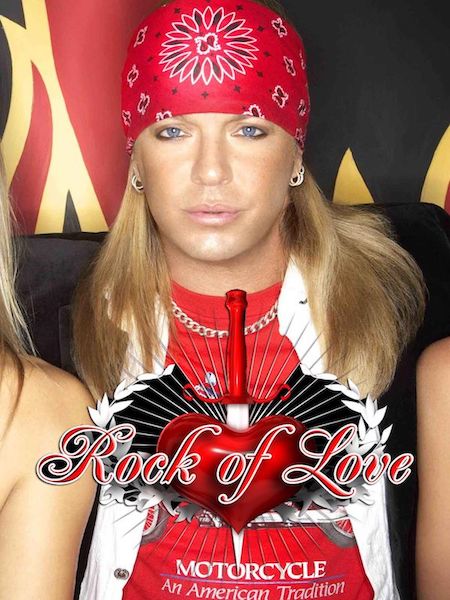 Bret was performing at the Marriott Marquis Hotel's New Year's bash in Times Square, and his set ran long. As a result, he was still playing when the hotel began the countdown to New Year's Day.

Sure, on one hand, concert-goers will have to wait 10 years for another end-of-the-decade countdown. But on the other hand, they got to enjoy an extra-long Bret Michaels concert!

Open to: All, detailed results viewable to: All. Participants: 123

Which would u rather watch?

Watch the video at the source

-The mid-2000s emo band broke up in 2011 but reunited for a few shows in 2015
-On New Year's Day, they posted a photo that references their 2005 album "Almost Here" on Facebook
-Fans are speculating it will be a 15-year anniversary show, but others are hoping for new music

On this episode of Cult Following, host Daniel Geneen heads to the McIlhenny factory on Avery Island, Louisiana, where the world’s supply of Tabasco sauce is made. Follow along as Daniel learns about the 150-year-old family run business, and the Tabasco-making process, from pepper to barrel to bottle.

Open to: All, detailed results viewable to: All. Participants: 110

Bonus question: What other hot sauces are your favorites?

Jordan McGraw is son of Dr. Phil and a musician.
Several articles say Dr. Phil is the owner but has never lived there.

How do you celebrate the holidays?