A crazy Christmas miracle!
When @Racheldoesstuff found herself stranded in Bakersfield due to road closures, she tweeted out for a place to stay. This local family came to her rescue.
Never underestimate the power of social media and the kindness of strangers. pic.twitter.com/qRJh4dib8a

Hi. My husband and I are stranded in Bakersfield. Does...anyone have a place we could sleep?

Our thoughts are with the friends and family of Sue Lyon. @THR remembers her here: https://t.co/l6ZIhPDqKv


The "Lolita" actress passed away on thursday, December 26th. The cause of death is unknown.

She is survived by her only daughter Nona.

Right from the beginning, #YouNetflix packs in clichés about Los Angeles, from aspiring Instagram influencers live-streaming on the streets to talk of blood cleanses and macrobiotic sea vegetables. https://t.co/RbCJmcrCY2

In the second season of YOU, romantic obsessive stalker Joe Goldberg flees from New York to Los Angeles. And right from the start, the show packs in the local clichés. Executive Producer Sera Gamble however says that she loves the city and rolls her eyes when people talk trash. “I feel like there’s a certain L.A. that gets portrayed in TV and film most of the time, and we certainly start the season from the perspective of someone who’s looking at it that way,” she said.

Gamble however added, “as the season goes on, we start to peel back the layers and show you the stuff that’s really great here as well.”

Read the full article at the first source.

Now that we’ve had more than one day to properly binge, let's discuss this mess. Please use a spoiler cut for those who haven’t seen the entire season yet.

Only one more week until Peter Weber's season of The Bachelor premieres on ABC! Charlize Theron is ready. She posted an Instagram pic posing next to a promotional ad for the show.

This season apparently has a lot of drama involving [spoilers]>contestant Victoria F. She is allegedly a serial homewrecker who cheated with her friends' husbands. ABC posted bios of the cast and noted that Victoria bought herself some "revenge boobs." But then, that part of the bio mysteriously vanished.

I’m gonna go out on a limb and say Victoria F was not thrilled with what her original bio said today when it was first posted. Now it’s changed. Think she may have said something? Yeah, they have your back Victoria. Keep believing that. pic.twitter.com/sDTSJxK2lA

Open to: All, detailed results viewable to: All. Participants: 128

Will u watch "The Bachelor" this season?

What TV shows are u excited for, ONTD?

Over the few years that they've been together popular boy band/ collective Brockhampton (aka kings of teasing snippets of music they'll never let fans hear) have made a habbit of teasing song snippets for unreleased tracks. Why do they do this? Do they want their fans to suffer? We may never know. But today OP has taken time out of her busy cleaning-up-after-the-holidays schedule to give you all the content you neither wanted nor asked for!

I feel like this choice may come as a surprise to even the most well versed Brockhampstan. When it comes to unreleased songs that get asked for the most amongst fans you mainly hear Bankroll, Capri-Sun, or Ready For War. But this is my list and I make the rules!
Although OP is not the biggest Matt Champion fan I feel like this snippet is my favorite thing he's ever done. That being said it feels a lot like something that could've been on the Saturation trilogy and wouldn't have fit on Ginger at all so I understand why it wasn't included. But man imagine Merlyn on this beat.

Thank you all for putting up with yet another Brockhampton post from me! What is your favorite unreleased BH track? Do you agree with OP? Any that I didn't mention? Once again wondering what the hell is Brockhampton? Tell me what you think! The show has been canceled after two seasons.

Season one averaged 164,000 live-same-day viewers and had mixed reviews among critics, with a 35 percent rating among critics and 88 percent score among viewers on RottenTomatoes.com, according to the Hollywood Reporter.

Season two wrapped with a live-same-day average of 92,000 total viewers, down considerably year-over-year.

Did anyone watch this show? What'd you think of the second season/the show overall?

It's been revealed Hollywood superstar Zac Efron had to be rushed to a Brisbane hospital from Papua New Guinea, after suffering a life-threatening form of typhoid. https://t.co/VZ3A1cpmr5 #7NEWS pic.twitter.com/YYNiDXKpWE

He was filming a show very appropriately titled “Killing Zac Efron” and had to be airlifted to the hospital. He’s since been released from care and will likely be fine... at least from this.

3-day estimates behind the cut (numbers above are 5-day):

Following his re-appearance on SNL last week, Eddie Murphy sat down with CBS for an interview during which he answered questions about his comeback, his homophobia and other problematic aspects of his standup comedy back in the 70s and 80s, and what's in store for the future.

On his homophobic jokes in the past, he says:

"I've seen stuff that I'll go, like, oh, that's, ooh, yeah, you'll get a joke that's cringey. But that's not to say that I don't appreciate it. I still appreciate it. And I'm looking at it within the context of the times, you know. And I'm going, okay, I'm a kid, saying that."

Open to: All, detailed results viewable to: All. Participants: 224

ONTD, are you looking forward to Eddie Murphy's comeback?

No real spoilers in the post itself, but comments may contain spoilers. Enter at own risk. 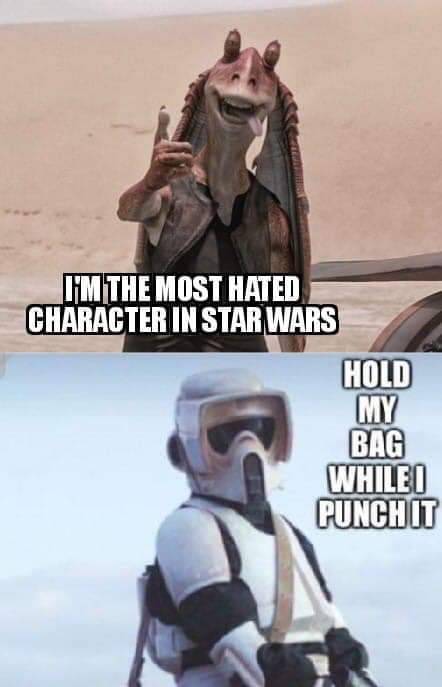 While posting to his Instagram story, Noriega showed off to his fans his papaya juice with green tea, along with his naked reflection in the background.

Which March sister are you: Jo, Amy Meg or Beth? We look at Greta Gerwig's new adaptation of Little Women to figure out the personality and life path each character represents, and how we can still take inspiration from them today.

Kanye West celebrated one year of his Sunday Service program at a homeless shelter in Los Angeles' Skid Row. During his sermon, he mentioned the difficulty of speaking out on issues he is interested in due to the chance of his words being taken out of context. Before briefly speaking on homelessness, West referenced Texas Instrument's yearly gynecologist visits to ensure that his daughter is still a virgin: "They tried to play T.I., but he's talking about something that's God-approved. It's 30 states that still got the death penalty. Thou shall not kill. But, we be cool with that."

The Rideshare and The Shawty: We meet Sister Rideshare who tells Anny and her gorgeous hair that Robert is broke. OP doesn’t think her expectations are too high – sis just wanted a two bedroom apartment and she is willing to fuck Robert. Give her what she wants. Later Shawty and Sister Rideshare go wedding dress shopping and it's very sweet.

This episode has been brought to you by paprika, garlic, bay leaves, salt, pepper, Lawry's, Old Bay, oregano.

Galavant was the decade’s most underrated show that no one watched https://t.co/i7y7MxjZ9x pic.twitter.com/IwKxQQJil5


ONTD, did you believe in Tad Cooper?