What will undoubtedly be my last box office post of the year (since nothing big's out on Friday), the Christmas numbers are in, and obviously 'Star Wars: Rise of Skywalker' topped it with $32M, and is anticipated to make another $150 million over the five day week.

Greta Gerwig's 'Little Women' tops the list of new releases, where it made $6.4 million on Christmas, and is expected to bring in around $22 million over the 5-day holiday period (on a $40 million budget).

The animated feature 'Spies in Disguise' brought in $4.8 million on Christmas, and is expected to make up to $21 million over the 5-day period (on a eep $111 million budget).

'Uncut Gems' expanded wide this week and brought in a very impressive $5.9 million on Christmas day. Also out in limited release is '1917' and 'Just Mercy'.

These are gonna be Mickey Mouse because I'm on vacation. 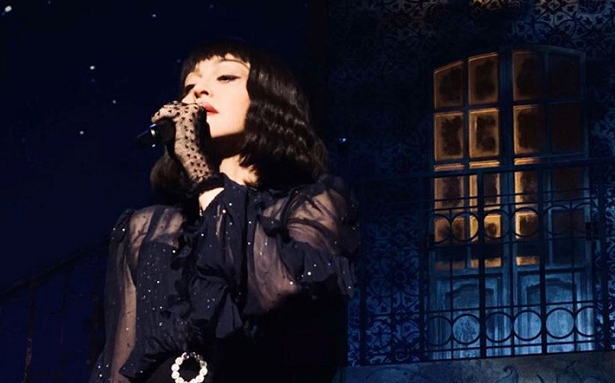 Madonna canceled what was to be the final show of her North American Madame X residency tour on Sunday, citing "indescribable" pain during Saturday night's performance.

In a post to her Instagram on Tuesday, the artist wrote that she'd "spent the last two days with doctors" undergoing various tests, and was told that she must take an extended rest period if she wants to continue the tour in Lisbon, Portugal on January 12. "I have never let an injury stop me from performing," she wrote. "But this time I have to accept that there is no shame in being human and having to press the pause button."

This is not the first date of the tour that has been cancelled because of injuries. One show at New York's BAM Howard Gilman Opera House was nixed due to a knee injury, and three dates of the tour's residency in Boston were "scotched due to doctor's orders... after Madonna said she was suffering from 'overwhelming' pain."

The nature of this most recent pain has yet to be specified by Madonna or her representatives.


- The Rise of Skywalker has been consistently called out for it's sidelining of Kelly Marie Tran. Tran became the first WOC to play a major role in a Star Wars movie.
- Abrams said that Tran was the "greatest thing" in The Last Jedi.

Christmas has already come and gone, but this upcoming weekend between holidays promises to be merry for some of the major studios. Sony’s Little Women and 20th Century Fox’s Spies in Disguise both went wide on Christmas Day, while Universal’s 1917 and Warner Bros’ Just Mercy opened in limited release. A24’s Uncut Gems, which opened a couple of weeks ago in limited release, expanded to a wide release as of Christmas Day. Of course, despite these new entrants at the box office, Disney’s Star Wars: The Rise of Skywalker is still set to stomp all over the competition.

The films listed are from studios other than the “Big Six” - Paramount, Warner Brothers, 20th Century Fox, Universal, Columbia/Sony and Disney. Note that some of the movies listed are in their first week or two of limited release in the USA, so it may take them a few more weeks (or months) to show up in your local arthouse theater or on VOD. Check out the posts from the past few weeks for more movies that may have just opened near you: December 20th, December 13th, and December 6th.

Stars: Alfre Woodard, Aldis Hodge, Richard Schiff, Wendell Pierce
Writer/Director: Chinonye Chukwu
Genre: Drama
Plot: Years of carrying out death row executions have taken a toll on prison warden Bernadine Williams. As she prepares to execute another inmate, Bernadine must confront the psychological and emotional demons her job creates, ultimately connecting her to the man she is sanctioned to kill.
What you should know: The director, who is a professor at AFI, was inspired to work on a film about death row after the execution of Troy Davis in 2011.
Opens in: Select cities

Lindsey Vonn proposed to P.K. Subban on their two-year anniversary.
Subban proposed the first time around, Vonn decided to make the gesture this time around.
She presented Subban with an engagement ring of his own.

Us at Team Angie are sharing her joy and we send a big congratulations to the happy couple. What a wonderful Christmas surprise for you @Angie_Harmon we hope you have a lifetime of joy and happiness. Read her story on Instagram. pic.twitter.com/QgooahFlcu

ONTD, are you single, in a relationship, engaged, married, or divorced ?

After splitting with Jessie J, Channing Tatum has taken to the Raya Dating App looking for love.

Does his proifle look like the Sony hack emails? I sure hope so. Until we can see the full profile, here are some tidbits.

For starters, he's very open about his stripping past. “And yes, I used to be a stripper. Sorry.”

His profile song is “Brown Sugar” by D’Angelo.

Are you on dating apps and how do you feel about them? 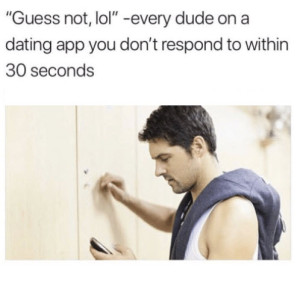 I know y'all don't like to read, but this is important!!

- Please wait to nominate until I have added all categories in the comments section.

- Reply to my original comment (that has the category in the subject line) if you would like to nominate something/someone. Please try to check if your choice for a given category has already been submitted before commenting.

- If you agree with someone else's nomination, reply to it with a +1.

- The categories for this year are under the cut with explanations. You can click the names to take you directly to that nomination thread (they will direct to ONTD front page for a few minutes until I get the threads updated, be patient please).

- No OT comments! They will be deleted.

- Things that happened last year but after the nominations post ARE eligible for nomination this year.

dumpweeds for contributing category ideas the past few years!

dbil for the amazing header images!

sandstorm for coming in clutch at the last minute and updating the images to the current year!

Kelly Marie Tran Was Excited For Rose and Rey to Interact in #StarWars, but Those Scenes Don’t Exist https://t.co/Jvs91tHGMb pic.twitter.com/bi7HAFXGPJ

If you saw the latest Star Wars film, you notice that our main trio finally got to, y'know, interact with each other and act like a trio.

Sans Rose Tico. Kelly Marie Tran, her actress, hinted before that she and Rey were actually going to have scenes together -

"I wish I could tell you more but I’m really excited for people to see [Rose and Rey] interact. They both have the some objective which is to fight for the things you believe in and the people you love"

I have no idea what this is or what it's about but agree it could/should be played by me. 👍

The Brazilian comedy troupe behind the Netflix gay Jesus Christmas Special sparking outrage in Brazil, was hit by a Molotov cocktail attack in the early hours of Dec. 24.

Two petrol bombs were thrown at the building. causing a fire, it was put out by one of the office’s security guards.
No one was hurt in the attack which, however, “endangered several innocent lives in the company and on the street,”

Evan Rachel Wood On Cats’ Movie Adaptation: “Felt Like I Was On Acid, Worst Thing I’ve Ever Seen”#Koimoi https://t.co/zSinv6d0oT

Wood didn’t like the movie adaptation of “Cats” and has minced no words in condemning it.

In her since deleted tweet :
“#Cats is actually worse than I thought it would be, And I already thought it would be horrible. But….I am actually speechless. Why would you change the choreography? I…am SPEECHLESS. It’s not the cast’s fault. Its…maybe the worst thing I have ever seen. Ever,”

Someone replied and said “I felt like I was on acid watching it. So utterly bizarre.”
Wood responded: “Totally! Like my life is not in danger, but I feel like I’m going to die.”

Jake Gyllenhaal’s start/end of the decade is the one to beat pic.twitter.com/EmEnwsQDjJ

From whitewashing to cradle robbing.
I thought "Well, what about other start to decade end productions of actors? Might be something to look at." because why not.

James Marsden is A person I don't really feel that strongly about, but I turned on my TV and Straw Dogs was on. I went "Is that James Marsden?"

All of that to not mention that movie at all in this post! Whee!

[Yes I'm cheating a bit here.] He doesn't look much different, besides probably being very tired of having to shuttle around a CGI character yet again.

Post some of your own, what's a film glow up or no up? Have your faves gotten into better movies, or are they like Mr. Butler up there?

src tweet / IMDB for all those images xcept the gif.

It's frightens me how alike they look! Almost surreal!

It wouldn't be a party without my last role-playing post of the decade or (half the posters telling me why I didn't add so and so.)  I shall reflect on the decade that we finally got another Persona game, a game we waited a million years for,  a series that has been 3 different consoles, and little known gems along the way.  So, sit back, relax and cuddle with your favorite baby yoda.  Enjoy!

Rune Factory 4 (DS)
OP's Note:  This little series is the marriage between Harvest Moon and RPGs.  If you want to farm, you can.  If you want to do a million side quests (like OP), you can!  If you want to count every lady/man in the game (OP is a player like that), you can!  But beside that, the characters are loads of fun and hilarious.  You end up getting feelings when you didn't expect it.
( Collapse )
ONTD:  What has been your favorite role playing game this decade?
1 2 3 4 5 6 7 8 9 10

It’s tamale szn and YouTube channel Pero Like put tamales from Mexico and El Salvador to a taste test and describe the differences between both. For example, Mexican tamales use corn husks to wrap the masa while Salvadorian tamales use banana leaves, among other things.

What type of tamales are your favorite?

Juliet is a paradox. She’s incredibly innocent and that innocence gives her strength and wisdom. @emmawatson Who is your Juliet?

Pirelli's 2020 calendar was released earlier this month. It's inspired by Romeo and Juliet. Among the models this year were Emma Watson, Yara Shahidi, Kristen Stewart, Rosalia, Claire Foy, and more. The calendar was shot by Paolo Roversi.

You can view the full calendar: here
Collapse