OP's note: Lol this whole thing was just so stupid. Fun... but stupid.

We are immensely grateful for this generous support. You are all so amazing!https://t.co/k8hGlEI7LS#AITAF #StarWarsRiseofSkywalker

Adam Driver is the founder of the non-profit Arts in the Armed Forces, and fans of Adam and Star Wars have pulled together to do something good, and frankly, really sweet. AITAF describes themselves as “using the powerful shared experience of the arts to start conversations between military and civilian, service member and family member, the world of the arts and the world of practical action.”

There are spoilers in the comments of the GoFundMe!

NGL I'm loving this trend of fans donating such massive sums of money to charities, it's super sweet. ONTD, will you be donating? Have you seen TRoS yet? Spoilers under cuts please!

For only $8,000 you can train with the lovely couple https://t.co/dSzN6AbLgo

Chris Hemsworth and Elsa Pataky are auctioning off a one hour in person workout session to help raise money for Australian firefighters.

Right now, there are over a 100 bushfires raging across parts of Australia. Make It Rain 2020, is a two night benefit concert and silent auction. The proceeds from the event will help support the firefighters of the New South Wales RSS Northern Rivers and Far North Coast Brigades. So far, the highest bid is $8000.

Hilary Duff is calling out photographers who followed her while she was out with her young children: https://t.co/g4TXULWdmt

Hilary Duff took to her Instagram story to slam the paparazzi who were harassing her and her children as they were running errands in LA. Hilary was out with her seven-year-old son Luca and one-year-old daughter Banks.

“Here I am just trying to get around with both my kids and I have paparazzi following me everywhere I go. Two grown men...three actually. One of them is running away. Just following me and my kids to every location I go to. In a world where women are getting all these rights, this doesn’t seem right to me at all."

Hilary then panned the camera to her son Luca, who looked visibly upset. “How much do you like that the paparazzi follow you? Makes you sad, huh? You hate it,” Hilary asked him.

About a ~15 minute read. Video clips at the source, can’t imbed. Full video to air on Sundance Channel in January 2020.

. Dern talks about the diversity in the types of roles she has played and she wants an intimacy coach as a wrap present

. Zellwegger talks about her approach to playing Judy and not going down the path of cut-off shorts roles she was offered early in her career

. Lopez talks about playing Selena, purposely wanting to be in romantic comedy roles, how the tabloid media has affected her, and a director who wanted her to take off her shirt

. Nyong’o talks about preparing for Us, the difference in the chemistry between actors on stage versus film, and what she wants to see from the film industry as far as equitable representation

. Johansson talks about her lines for Marriage Story, her thoughts on Scorsese remarks /re Marvel films, and a story about a DP on a previous film doing creepy things on that set

. Awkwafina really related to her character in The Farewell, tells amusing master-her-domain story, is surprised to hear how auditions used to work for generations before her, [due to her being younger and coming into the industry more recently] can’t imagine not working on projects without females at the helm 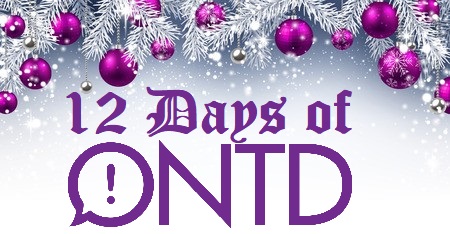 The 4th season of The Expanse premiered last week and has a score of 91 on Metacritic, giving the episodes the fourth best reviews of any TV series (new or returning) this year. Over at Rotten Tomatoes the show is on a perfect 100% rating (9.33/10 average rating) with critics, while audience scores are on par with 97% (4.8/5).

“The new run has scored a 91/100 on Metacritic, giving the episodes the fourth best reviews of any TV series (new or returning) this year” Kewl 😬😬😬😬😬😬😬😬 #TheExpanse https://t.co/BruTRkVlO6

The show is the 7th most watched digital show of the week, #2 most watched for Amazon Prime (after 'The Marvelous Mrs. Maisel')

Have you finished the season already or are you trying to make it last?

Liam Payne was asked on #WWHL about rumors that he dated Naomi Campbell, and who the most well-endowed member of One Direction is:

“I'm going to say me” pic.twitter.com/LnJT3vuxV9


Making an appearance on Watch What Happens Live, Liam Payne played Plead the Fifth in which he answered questions asked by Andy Cohen in which he could answer honestly or 'plead the fifth'.

On if he dated Naomi Campell he pled the fifth, on who is the most endowed of 1D he answered himself, and about talking to Harry about his kid and that Harry is still the same person.

Are you a size queen ONTD?

On Friday — the opening day of #Cats — Universal notified thousands of theaters they will be receiving an updated version of Tom Hooper's troubled film with "some improved visual effects" https://t.co/VjUvfCSo90

Last night, Universal notified thousands of movie theaters across the country that they would be recieving a patched version of CATS that included improved visual effects.

This is considered an unheard of move by a movie studio post-release. Tom Hooper admitted at the film's first screening earlier this week that it was completed only hours before and that he still wanted to make more tweaks to it.

Theaters that get their films via servers will able to get the updated version tomorrow, while those that rely on hard drives will get them Tuesday.

Even with 'you must see it to believe it' kind of awful reviews, the film is flopping hard at the box office and is only expecting an $8 milion/4th place opening weekend.

Terry Gilliam: 'I Think the People Who Made ['Black Panther'] Have Never Been to Africa' https://t.co/kaXNK72efn pic.twitter.com/14yL4sfUFY

Terry Gilliam is no fan of Black Panther.
"I hated Black Panther. It makes me crazy. It gives young black kids the idea that this is something to believe in. Bullshit. It’s utter bullshit. I think the people who made it have never been to Africa. They went and got some stylist for some African pattern fabrics and things. But I just I hated that movie, partly because the media were going on about the importance of bullshit."

If he believes Black Panther only received hype because of its commitment to "identity politics,"
Gilliam replied that "it makes my blood boil."

He seems to have a problem with the big superhero movies full stop.
"There isn’t room or money for a greater range of films. You make a film for over $150 million or less than $10 [million]. Where’s all this other stuff? It doesn’t exist anymore. I make films where I’m trying to make people think. I mean, I try to entertain them enough that they don’t fall asleep on me, and they’re there to make you think and look at the world in a different way, hopefully, and consider possibilities. Those films don’t do that."

Lana Del Rey has finally premiered the 14-minute, three-song Norman Fucking Rockwell! video she teased awhile back. Directed by her sister Chuck Grant and edited by Del Rey herself, it includes the title track, "Bartender" and "Happiness is a butterfly."

- Set 20 years after Nemesis, the show will deal with:
1) the destruction of the planet Romulus in the Star Trek (09) movie in another timeline
2) the death of Data in Nemesis
3) a bunch of other stuff lbr

Netflix series from Kenya Barris, in which he stars with Rashida Jones, has rounded out its cast.

The series, inspired by Barris' irreverent, highly flawed, unbelievably honest approach to parenting, relationships, race, and culture, is said to flip the traditional sitcom family on its head.

The comedy will "pull back the curtain," uncovering and exploring "the messy, unapologetic and often hilarious world of what it means to be a 'new money' Black family trying to get it right in a modern world where 'right' is no longer a fixed concept."

Eddie Murphy returns to his SNL roots tonight, hosting the last new episode of the year (and decade). Lizzo will be the musical guest. 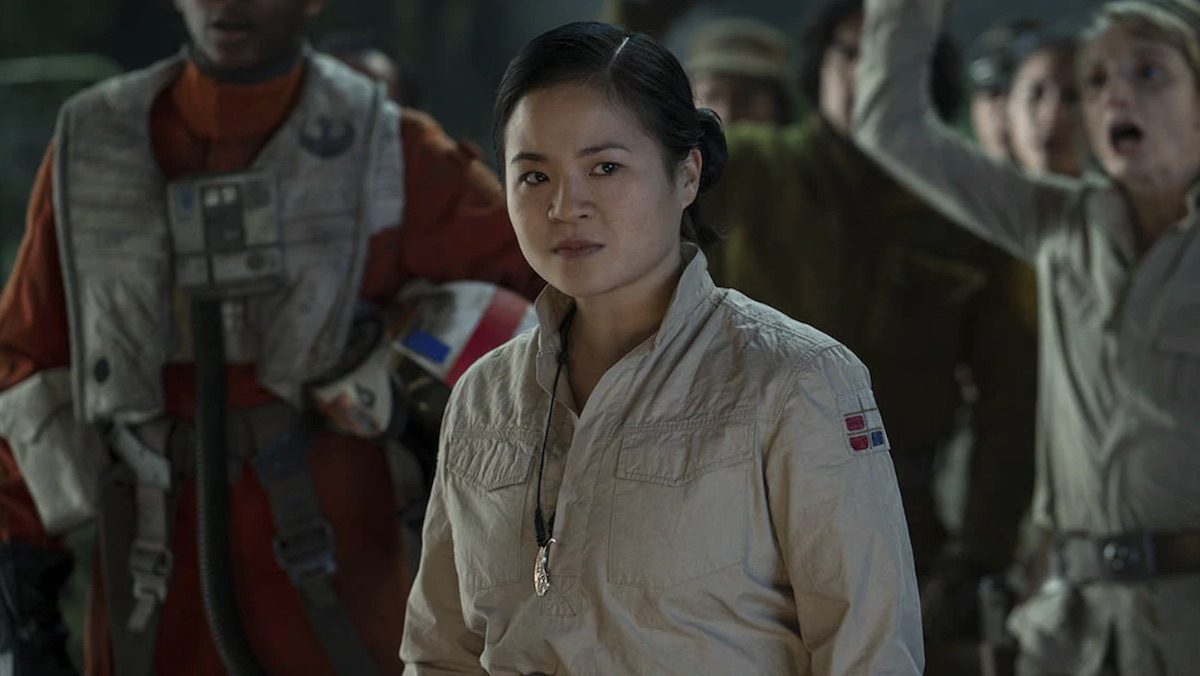 The last 'Star Wars' film was called out for sidelining the character of Rose Tico played by Kelly Marie Tran. Tran, who was the first woman of color in a Star Wars film, was met with racism and misogyny from fans and left social media as a result. Many saw her character being demoted to an extra was a vindication of the toxic fandom.

Jimmy Wong, who is starring in Disney's Mulan remake, wrote the following: