-Spinning off from The Toys That Made Us, TMTMU tells the stories behind blockbusters that defined a generation; actors, directors and industry insiders lead the way on essential deep dives.

- Basically if you're cultured, you know he's been featured as Yolanda Hadid's real estate tycoon ex-husband on the Real Housewives of Beverly Hills and Second Wives Club
- OP misses Yolanda's fridge
- For years, he's been building a huge mega mansion in Bel Air which has been a nuisance for his neighbors due to the ongoing construction, swelling to over 30,000 square feet and still not being finished. He purchased the property in 2011 and it was only supposed to be 15,000 sq. ft
- his neighbors rightfully sued as the construction, continuing without proper permits which destabilized the hillside above their own homes became unbearable for them
- Hadid was convicted of charges relating to illegal construction and is accused of bribing officials to allow construction to continue without legal interference
- a judge ordered that the shack be torn down which Hadid would have to fund
- oh but wouldn't ya know, the grifter filed bankruptcy saying he just didn't have enough money despite purchasing two multi-million properties not far from this shit shack.
- his kids have had no statement on the matter, so it's quiet for them
- don't feel too bad for his neighbors to be honest, one of them is a Wal-Mart heiress

If homeboy comes through with the properly sized home with the correct permits, is he gonna like... get it, ONTD?

As if that wasn't enough, #LouisCK also made comments about his sexual misconduct.https://t.co/ygICkM1H3w

At a performance in Tel Aviv, Israel, Louis told the crowd, "I’d rather be in Auschwitz than New York City.”
C.K. (his paternal grandfather was Jewish) adds, "I mean now, not when it was open.”
The audience responded with "startled laughter" and "applause."

C.K. even brought up his deviant behavior with women saying, "if they say ‘yes,’ then still don’t do it, because it’s not popular."

Louis is due to perform in Slovakia and Hungary, as well as New Orleans, Houston, Akron, Ohio and Detroit.

A drunk Kid Rock was escorted off stage this week after delivering an expletive-filled rant about three specific women in media.

The incident occurred at Kid Rock's Big Ass Honky Tonk Rock N' Roll Steakhouse in Nashville, where he was recorded taking aim at Oprah Winfrey and Joy Behar in front of a large group of patrons.

"I'm not a bad guy. I'm just an honest guy that says, 'Hey, I don't like Oprah Winfrey or Joy Behar. They can suck dick sideways,'" he shouted in a mic, before attacking another well-known TV host. "Sorry, mom.... Fuck Oprah. Fuck Kathie [Lee] Gifford.... I'm not the bad in the equation. I'm the fuckin' guy you want—like, 'Hey, he's pretty cool.'"

He then said of Winfrey: "Oprah Winfrey is like, 'Hey, I just want women to believe in this shit.' Fuck her. She can suck dick sideways."

The woman who filmed the tirade can be heard criticizing Kid Rock's actions, calling him drunk as well as a racist. The "Bawitdaba" artist addressed the latter accusation.

My people tried to get me to do The Oprah Winfrey show years ago and her people wanted me to write down 5 reasons why I loved her and her show…🏳️‍🌈 I said fuck that and her. End of story.

Summary:
- The girls sans Melody Nicole joined to perform at X-Factor's finale.
- Performed "Buttons," "When I Grow Up," "Don't Cha," and "React" (new song).
- Recreated Flashdance.
- They're touring in the U.K.
- Dassit

With all honesty, I gotta give it to them! They still can put on a great performance. Most people these days don't even try. Favorite PCD bop, ONTD?

With 10 more weeks until the Oscars, what are the top contenders right now? @marcmalkin breaks it down https://t.co/eFZNkMLfrD

Renée Zellweger is a sure bet to snag a nomination for “Judy”
Adam Driver looks certain to be a nominee for“Marriage Story.”
Best picture are movies including “The Irishman,” “Once Upon a Time in Hollywood” and “Parasite.”
Jennifer Lopez appears to be a lock to earn her first nomination for “Hustlers.”

VOTE FOR WHO SHOULD WIN !

- On " Today" , Hoda and Jenna spoke of an article where Mariah Carey said she makes sure her kids know classic artist like Aretha Franklin and Prince by quizzing them. Carey said the kids favorite songs of hers were " Always be my Baby" and " All I want for Christmas is you" among others.


- Jenna said her mom played music of all genres in the home. Paul Simon was the twins first concert and Bob Marley was played a lot with the song "Rock it Baby" She plays the Beatles and lets her kids pick their own music.


- Hoda says her house was on a happy kick and played songs with the word in it, like Pharrell's "Happy". Hoda also sings "Brady Bunch" songs that her 3 year old loves, but no one else gets.

Ontd: What music played in your house growing up?

SyFyWire has a section called TOYMASTERS, and OP is annoyed no one asked her to be on it. Anyway...in no particular order.

Remember the riots for Cabbage Patch Dolls? Turns out the names were automatically generated after the first batch.

The Nintendo Entertainment System, mainly, the Classic, from last year.

Hatchimals, which the guy is not at all impressed by. After all, it just hatches once? Just go to a farm. Pull up a video. That shit cost like 60$.

What did you want as a child that now sits rotting in a landfill and poisoning our waters?

The club went without a win in seven games, their worst run since 1992.

ontd, who's your favourite football coach?

Liam Payne, 26, and his underage girlfriend, Maya Henry, 19, were reportedly kicked out of a bar in San Antonio, Texas. A verbal confrontation between Lime and the bouncers was captured on video by others moments after.

The two were in town for Thanksgiving weekend as Lime was spending the holiday in Maya’s hometown with her family. The two went out for drinks last night when the incident occurred.

At first they were able to get into “The Silver Fox,” but once they stepped outside and tried re-entering the bar...bouncers denied them re-entry due to Maya’s age (21 and over only). It is not clear how she managed to get in the first time.

According to eyewitnesses, Liam tried forcing his way back into the bar and he allegedly got shoved into the ground. This bit was not filmed. Afterwards in the video, Lime is heard saying: “Don’t fucking push me again. I swear to God I’ll lay your ass out.”

In a now-deleted Instagram story, the “STD” singer legally threatened the door staff at “The Silver Fox” for reportedly “jumping” him for “no reason.”

He wrote: "@thesilverfoxsatx three of your bouncers just jump me for no reason whilst I was grabbing my ID I took pics of the whole thing look forward to seeing you in court assholes.”

Which matches are you excited for? pic.twitter.com/CU7SvtNAXq

ontd, who do you support?

Last Tuesday, O'Reilly appeared on Hannity's show via phone to discuss Trump. During their conversation, Hannity urged O'Reilly to return to his #1 spot at the network.

O'Reilly left Fox News in 2017 following reports that he had paid $13 million to five women to settle allegations of sexual misconduct. He also paid $32 million dollars to settle a sexual harassment claim against him.

Meanwhile, the Hollywood film about the toxic male culture at Fox, Bombshell, will be in theaters on December 13th. It stars Nicole Kidman, Charlize Theron, and Margot Robbie. 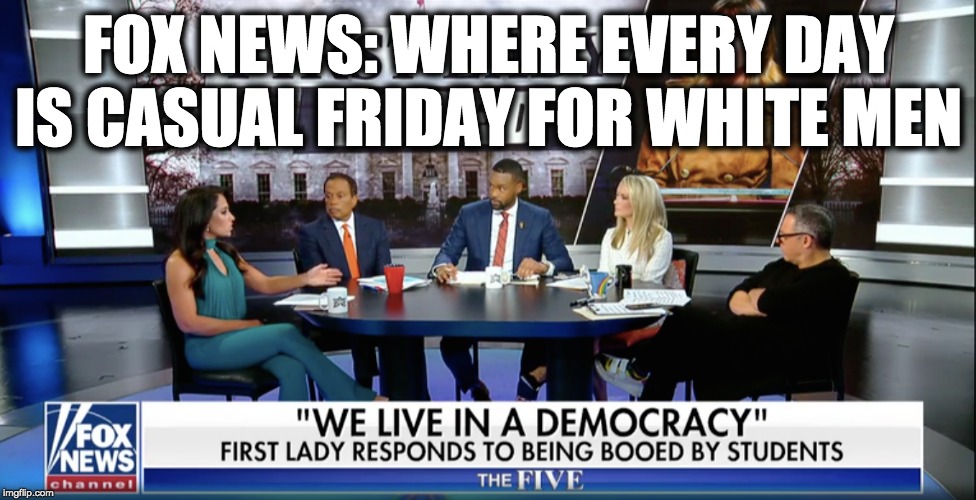 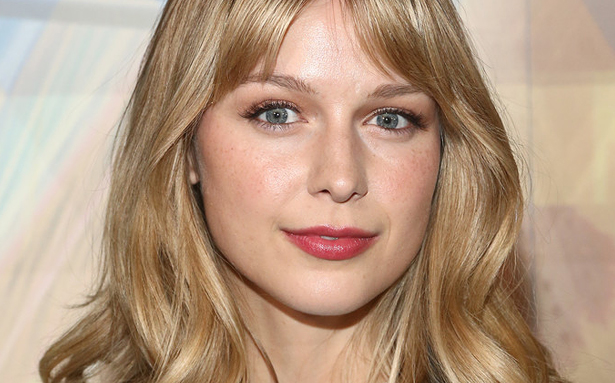 Supergirl star Melissa Benoist shocked the world Wednesday when she shared, in harrowing detail, her past experiences with Intimate Partner Violence (IPV) via Instagram.

In an IGTV stream, Benoist bravely recounted being both emotionally and physically abused by a former partner over a period of several years, culminating in a nearly blinding 2015 injury to her left eye after having a cell phone thrown at her (at the time, she claimed to have tripped and hit the eye on a potted plant). Benoist's revelations quickly went viral, and in response thousands of colleagues, fans and friends showed solidarity with the hashtag #IStandwithMelissa.

Happy Thanksgiving! I’m going to kiss my wife and hold her tenderly. All day. And every day. How do YOU show love? #IStandWithMelissa

* The timeline of events recounted by Benoist has led many to conclude that the ex-partner in question is Blake Jenner, to whom she was married from 2015-2017. In August, it was announced that Jenner had been cast in Richard Linklater's two-decade spanning big screen adaptation of Stephen Sondheim's Merrily We Roll Along.