Katie Holmes continues to serve up looks in NYC. It looks like she's revamping her image with the help of a new stylist and she looks better than ever.

The #LittleMermaidLive delivered strong ratings for ABC Tuesday — stronger than any other entertainment program of the fall https://t.co/gjQsuxfE4i

The Little Mermaid Live scored a 2.6 in the A18-49 and nearly 9 million viewers, the highest rating this fall for a non-sports show and since The Big Bang Theory series finale in May.

For those wondering, Shaggy wore crab claws in early rehearsals and it looked ridiculous. #TheLittleMermaidLive

All done. Thanks for watching #TheLittleMermaidLive! And here you go pic.twitter.com/NKHI0qsYsa

Following a months-long dealmaking process, has officially closed a deal to return for HBO Max's update on Gossip Girl. Bell will reprise her role as the narrator for the new take on the former CW drama from creators Josh Schwartz and Stephanie Savage.

EXO's 6th album "OBSESSION" is set to be released November, 27! This is their first comeback with 6 members (Lay is in China, Xiumin + D.O at the military)

i have to thank the exos for giving me something to distract myself from the hell my country has turned into these past few weeks, i have loved reading all the theories!

He claims that she “abandoned” him.

Ric Ocasek wrote in his last will, now made public:

“I have made no provision for my wife Paulina Porizkova (“Paulina”) as we are in the process of divorcing.

Even if I should die before our divorce is final … Paulina is not entitled to any elective share … because she has abandoned me.”

They met while filming the music video for the hit Cars’ song “Drive.”

“Ok boomer”, the ultimate way to shut up an older person talking down to you about the woes of “today’s generation”, has been rumbling away over on TikTok since at least September. But it exploded in prominence after the New York Times published an article describing the comeback as “the end of friendly generational relations”.

It showcased Gen Z TikTok-hosted art projects and film clips in which the phrase is deployed to ridicule smug boomers, as well as shining a spotlight on a range of “ok boomer” merchandise.

The audience the New York Times piece exposed the meme to are historically the very people that the “ok boomer” meme is making fun of. And, unlike the rest of us, they’re also the people who have not learned that when someone is making fun of you on the internet, the best thing to do is to turn off your mentions and walk away for the short period of time it takes for the joke to die and be completely forgotten.

They have spent the last week churning out a seemingly endless torrent of reaction articles explaining why ‘ok boomer’ is offensive, hurtful and untrue. Without any kind of irony, the generation who popularised the “snowflake” stereotype have complained that “Gen Z aren’t as bad off as they think they are”. It’s been called a pro-Russian slur and perhaps even more bizarrely, “the n-word of ageism”. These pieces encapsulate the growing chasm between generations on the internet -- just as the New York Times predicted.

Favorite encounters with wild boomers on the Internet?

Are you prepared to be bombarded with more Frozen, ONTD?

Allie X has released her latest single of her still TBA album Cape God, an anthem for outsiders

Regulars is about trying to reintegrate into society when you’ve been an outsider all your life. Trying to fit in when you clearly never will. Wanting to fade into the background but also wanting so badly to be seen.


I have felt, at most points in my life, like I want to fit in and ‘be good’ for the sake of myself and the sake of others, but it’s never that simple.

imo this album is shaping up to the be perfect album for disassociating solo in your room all fall and winter, let's hope miss Alexandra releases in time for that! 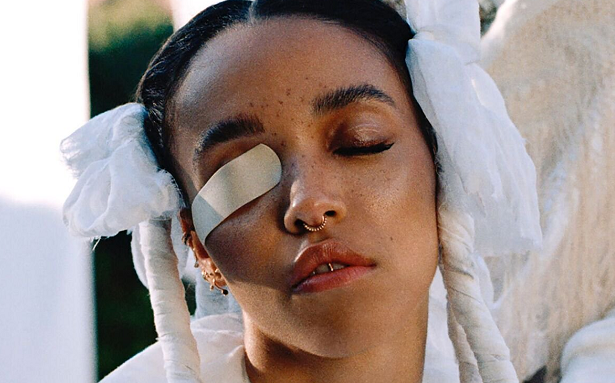 Happy Friday, ONTD! What are you listening to?

Shining sequel 'Doctor Sleep' kicked off this weekend's box office with $1.5 Million from Thursday night previews in the U.S./Canada. The horror/thriller starring Ewan McGregor is anticipated to make between $25 million to $30 million this weekend (on a $45 million budget).

Also out in select theaters is 'Honey Boy', 'Playing with Fire', and the documentary 'The Kingmaker'.

ABC's #FreshOffTheBoat, the longest-running sitcom about an Asian-American family in broadcast television history, will end this season https://t.co/Rh7vVclbGt

Source closed to production have told Vulture that ABC is not picking the show up for the usual back-half episode order and instead will be ending Fresh Off the Boat with the shows 14th and 15th episodes to air in the Spring.

The shows ratings have been in a steady decline and the move to the revived-TGIF lineup hasn't helped. Fresh Off the Boat will end its run as the longest running series centered around an Asian-American family.

I bet Constance is pissed they pulled the plug now.

As the Salvatore School prepares for its upcoming ‘80s-themed decade dance, Hope and Lizzie find themselves trapped inside a never-ending labyrinth with a monster on their trail. Meanwhile, Josie and Landon decide whether or not to take their relationship to the next level. Elsewhere, MG turns to Kaleb for advice on what to do about Sebastian, while Rafael struggles to adjust to his life back at the school. Matthew Davis is also there.

Are Lizzie and Hope meant to be? Is my elf-eared boyfriend real after all? Are Landon and Josie boring? Is this show still better than the other Vampire Diaries shows? (Damon's not there so yes but Marcel is not so no.) Let's discuss!

Despite all my years as a mod, this is my first Roundup... WELCOME TO THE THUNDERDOME! And happy Friday 😊

Jensen released his first album today with friend Steve Carlson. It's available on iTunes, Spotify, Amazon, vinyl, and more. One single, Sounds of Someday was featured on last night's SPN!

Jinkies! Scooby-Doo is back in this exclusive first look at the animated film #SCOOB! The first trailer is coming this Monday. pic.twitter.com/nPLDkKHBYD

Scooby Doo turned 50 years old this year, and next year WB is bringing a feature length animated film to theaters. Besides this group of meddling kids and their dog, the film will also feature other Hanna Barbera characters such as Blue Falcon (Mark Wahlberg), Dick Dastardly (Jason Isaacs), Dynomutt (Ken Jeong), Captain Caveman (Tracy Morgan), and Dee Dee Sykes (Kiersey Clemons). These images are the first look of the film before the trailer drops on Monday.

source
I don't know why Matthew Lillard couldn't still be Shaggy, but I generally like the way this looks

Hunt greeted with a hug a junior female writer on the series. It allegedly made the writer uncomfortable.
She reportedly shared her experience with a senior writer on the show, also a woman.
Senior writer took the matter to the series creators, executive producers and showrunners.
They both immediately alerted the production and company, and the case was referred to HR.

Hunt allegedly was unaware his hug had made her uncomfortable until the issue was brought up with him by HR.
He tends to be touchy-feely in his interactions with people.
Hunt underwent sensitivity/sexual harassment training while continuing in his role as EP.

The junior female writer opted to leave the show.
She was followed by the senior writer she had confided to who reported the incident.
Both writers were asked to stay but declined.

Whoopi is off, Ana fills in

Two more clips behind the cut [Spoiler (click to open)]

Summary of conversation [Spoiler (click to open)]
Abby says she has fear of flying, she gets through it by watching TBBT. Ana suggest vodka. KC was born and raised in LA but she’s in NY now (Brooklyn), due to acting work. It’s between a dog park and rabbit rescue, tells animal love story. Joy talks about the difference between LA and NY, people don’t bother you in NY. KC says she doesn’t get recognized, even if she’s trying to be lol. KC says she and her husband were going somewhere, she didn’t have her id, she has to say Do you know who I am, funny story, the bouncer guy didn’t care. Ana says she’d pay someone to ask her id, re/age. Meghan talks about her recent wedding. Shows photo. Talks tabloid rumors. Shows insta photo. Explains why they don’t technically ~live together yet. His business, the horses, farm, her apt for work, building house together.

Sunny talks animals. Shows lots of photos. KC animals are at a farm, not in the city. Moves on to Harley Quinn. Gives details. Edgy and not for young kids. Has bad language. Sunny brings up pay gap, talks TBBT pay the same as her male costars. KC says she’s been lucky, she had been doing it for so long (since 15 yrs old, before TBBT) and has a good team supporting her. Explains that her team started that way with TBBT, there wasn’t this special conversation.

Ontd are you cold?

Despite Fuse uploading the first two full episodes and saying this one wouldn't be up they've uploaded Kid Fury & Crissle's interview of Missy onto youtube:

Which childhood hero would you love to meet/interview ONTD?!

Star Wars movies are going on 'hiatus' after The Rise of Skywalker https://t.co/ZYQRFZXfvf pic.twitter.com/GZEJ8yomNq

so says Bob Iger, under the guise of "Well, Star Wars is more than just film franchises! there's a theme park! and stuff on TV (Disney+)!"

But let's be honest...you saturated the hell out of the marketplace with a lot of films in 5 years. It's not an event anymore.

This comes shortly after Benioff and Weiss movies were recently cancelled, and no word on if Rian Johnson still has his series in the works.

For now, enjoy "The Mandalorian", "The Clone Wars", and an untitled Obi-Wan show in the near future.

We been knew that Dr. Luke has written/produced nearly every single one of Kim Petras' songs, bops debatable.

Looking at the credits for her songs, he's credited as a writer as his given name, Lukasz Gottwald, and as a producer under the racially sus pseudonym MADE IN CHINA.

screencap from TURN OF THE LIGHT on Spotify my own

compare to his collaborations with Kesha, where he is credited as Lukasz "Dr Luke" Gottwald as a writer, and Dr. Luke as a producer

screencap from Animal on Spotify my own

As noted on Gottwald's wikipedia, he adopted the pseudonym in 2017 after being ousted from Sony Music and ostensibly from his label Kemosabe records (more on that later).

There's just one thing that separates her from all the other influencers.
She's a bee. https://t.co/iZ8ok3VgjJ

Instagram gained a new French influencer and her name is B. She does what all influencers do -- takes selfies, posts enviable travel shots and answers Q&As.

B.'s Instagram account gained more than 150,000 followers since she joined in April. The feed is stacked with aesthetically pleasing pics of her buzzing around the world, bee-ing fabulous and increase awareness for threatened bee populations and raise money for the cause.

Bee populations worldwide are declining at a dangerous rate, presenting a huge threat to the world's food supply, which depends heavily on pollinators. All the funds raised by her brand sponsorships will go to the Bee Fund, which supports pollinator conservation projects in France.