Two ordinary guys in a small town embark on an extraordinary adventure and risk everything for a stranger in need.

The 29-year-old Oscar-winning actress and the art dealer, 34, have tied the knot, People confirms. The couple was first linked together in June 2018 and Jennifer's rep confirmed the engagement in Feburary.

A source tells People the bride wore a Dior dress.

The wedding was held at the luxurious Belcourt of Newport, a mansion in Newport, Rhode Island.

Directing legend Francis Ford Coppola has thrown a chair into the film legends vs MCU death match, backing up Martin Scorsese. While speaking to journalists in the French city of Lyon, where he has just been awarded the Prix Lumiere, he was asked about Scorsese's previous comments on Marvel films. He responded with 'fuck them movies':

"When Martin Scorsese says that the Marvel pictures are not cinema, he's right because we expect to learn something from cinema, we expect to gain something, some enlightenment, some knowledge, some inspiration.

I don't know that anyone gets anything out of seeing the same movie over and over again. Martin was kind when he said it's not cinema. He didn't say it's despicable, which I just say it is."

Can you believe it has been 20 years since #TheSixthSense was released?! https://t.co/7HnClBGoNa

Back in 2000, The Sixth Sense was nominated for six Oscars, including Best Picture, Best Director and Best Original Screenplay for Shyamalan, and Best Supporting Actor for Osment. Osment was just 12 when he received the nomination.

ONTD, what is your favorite surprise ending? Please use spoiler tags.

Chris Pratt took to Instagram to share a photo of an extremely burnt bagel bite and commended his wife for trying.

ONTD, do you like to cook? Have you ever had a cooking fail?

THAT'S HOW IT'S DONE.

Great command, @JensenAckles! Time to cut the #NASCARPlayoffs field down to 8 on @NBC: https://t.co/gOydUHFyv3 pic.twitter.com/TiDJGxn6UT

Jensen was named Grand Marshal of the Hollywood Casino 400 in Kansas City, Kansas today and gave the infamous "drivers, start your engines" command.

Wrapped. See you in 2020. #Ghostbusters pic.twitter.com/ViSJK9qLIh

Carrie Coon posted a picture from the new Ghostbusters film after wrapping. The film is a sequel to the original series; Bill Murray, Dan Aykroyd, Ernie Hudson, Sigourney Weaver, and Annie Potts are all returning.

In a very excited post, Natalie Portman shared that she received a copy of the BSC book "Kristy and the Walking Disaster," signed by the author herself, Ann M. Martin. Portman went on to say that she identifies as a Kristy, mixed with Stacey, and a dash of Dawn.

Today was a VERY IMPORTANT day for me. I read every single Babysitter’s Club book when I was a kid. Once when I was 9, I waited in line for 4 hours at my local bookstore to meet Ann M Martin. And today I got this in the mail from her. I feel so lucky that I grew up with books about girls who worked together, supported each other, were entrepreneurs, and who all had very different personalities. I still identify as a Kristy mixed with Stacey and a dash of Dawn. Which babysitter are you?

Rico Nasty took to Twitter to talk about a dispute turned into a racist exchange.
The argument started over a parking spot.

All over a parking spot tbh .we was so disgusted.

I got attacked last night . He started with “you people” that’s when I knew . https://t.co/lKwYfxr1Tp

Open to: All, detailed results viewable to: All. Participants: 106

ONTD, whose wedding dress do you prefer?

His sophomore album Blonde was recently named the best album of the decade by Pitchfork, and now Frank Ocean is back with "DHL," his first original song since 2017.

The song, co-produced by Ocean and Boys Noize, comes on the heels of a controversial "club night" called PrEP+ (named for pre-exposure prophylaxis, a prescription medicine that can help reduce the risk of getting HIV-1 through sex) launched by the artist in New York City last Thursday. Advertised as a tribute to the city's queer club scene of the 1980s, the party (held at Basement in Queens) received criticism for its "overwhelmingly white" guest list and scant promotion of HIV/AIDS awareness.

In the wake of the negative press, Ocean posted a statement to his Tumblr defending the event, but made no mention of whether proceeds from $60 shirts with the medication name emblazoned across the chest would go to charity.

I was @Todrick Hall’s personal assistant for years and I know every detail of his life including deliberate non-payment to people, racism, sexual assault, sexual harassment, online bullying, exploitation, illegal business practices.... the list goes on. P.S. I NEVER SIGNED NDA 🗣 pic.twitter.com/NyY8RWhBoh

Todrick Hall began as an American idol contestant but eventually established himself as a singer, dancer, choreographer, and loyal member of Taylor Swift's squad. But in the last few days, former employees and associates of his have taken to twitter to expose him for various shady and illegal practices.

Harry and Meghan, the Duke and Duchess of Sussex, will take a break from royal duties towards the end of the year, dividing their time between the US and the UK, a royal source says https://t.co/7q7a79M76S

The Duke and Duchess of Sussex will take a break from their royal duties towards the end of the year, dividing their time between the US and the UK, a royal source has told CNN.

Confirmation comes hours before an ITV documentary filmed during the couple's recent South Africa tour is broadcast in the UK. In footage released before its broadcast, Harry described the idea of relocating to Africa as "amazing" but admitted it was unlikely.

A royal source told CNN there were no firm plans yet and could not confirm the length of time the couple would take away from the public eye. 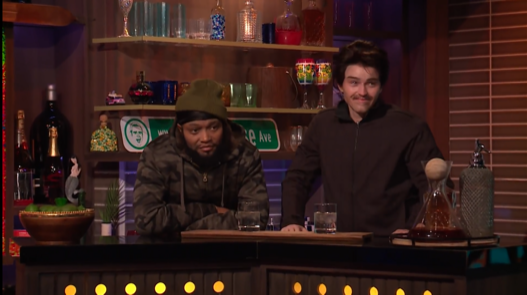 On last Thursday's Watch What Happens Live, Andy Cohen brought on Bravo IT guys Kelan and Sean as the evening's bartenders. He asked them about their personal lives and what kind of women they might be interested in. 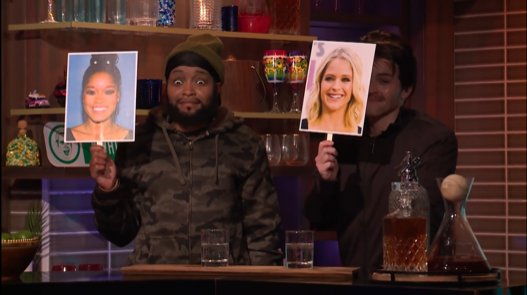 JUST KIDDING! The "guys" were actually Keke Palmer and Sara Haines from GMA 3: Strahan, Sara, and Keke dressed in drag!

- Procter & Gamble's brand "Always" is in hot waters after it has been revealed that the brand would no longer feature on its packaging the venus symbol (♀)
- Always reportedly removed the venus symbol after receiving letters from trans and non binary rights groups and individuals sharing how they feel discriminated by the venus symbol as they do not identify as women but still have to use sanitary products. They wished the brand to be more inclusive towards them
- After the news was out, non-feminist and feminist women alike flooded Always's mentions on Twitter with boycott pledges as they consider that the brand is no longer proud of embracing "female biology" and "female identity". They also claim that by being inclusive, they're actually removing women symbolically from their own products. They also criticize trans and non binary rights activists for focusing on removing women's symbols rather than challenging patriarchy and male toxicity.
- Some other women are bummed that the brand is quicker to remove the venus symbol than it is to remove plastic in its packaging. They are also urging other female buyers to turn for more sustainable alternatives such as menstrual cups or brands using little to no plastic in its packaging

NGL I didn't even notice there was a venus symbol lol

I really enjoyed this episode. The Aaron and Negan scenes were interesting.

PLEASE PUT SPOILERS UNDER A CUT THANKS

Premise
Watchmen takes place in an alternative, contemporary reality in the United States, in which masked vigilantes became outlawed due to their violent methods. Despite this, some gather around in order to start a revolution while others are out to stop it before it is too late, as a greater question rises above them all; who watches the Watchmen?

Setting
The series takes place in Tulsa, Oklahoma in an alternative reality in 2019, 34 years after the comic ends. Robert Redford is the longest-serving President of the United States, having been elected in 1992. After a white supremacy group of Rorschach followers that call themselves "The Seventh Cavalry" (wearing homemade Rorschach masks) commits simultaneous attacks on the houses of police members, the police start wearing masks.

Watchmen was created and developed by David Lindelof. He was the co-creator and showrunner of Lost. He has written for and produced Crossing Jordan, wrote for Nash Bridges, co-wrote Cowboys & Aliens, Prometheus, Star Trek Into Darkness, and Tomorrowland , and he co-created The Leftovers.

PLEASE PUT SPOILERS UNDER A CUT THANKS

. Be careful scrolling pg 1 because I didn’t add the spoiler caution until some comments were already made (I’m sorry!)

. Did you watch the first EP? I already miss Succession /sadface

. It's supposed to be dystopian but it felt kinda real life /wth @ this timeline

. Were you prepared for Sonny Crockett to sing from Oklahoma?

. What about that ending?!?

. Are you here for anything that has Regina King?

. Did you like the groovy Trent Reznor theme music?

Charlie Mcdowell is the son of actors Malcolm McDowell and Mary Steenburgen. He is also the ex-boyfriend of Rooney Mara and Emilia Clarke.

Emila and charlie broke up earlier this year.

He cheated on her.

And she did not appreciate his sense of humor.

"He is incredibly vulgar and immature. He likes to talk about women’s vaginas and tell r*pe jokes. He thinks it’s funny."

Charlie Mcdowell has written misogynistic, racist and disgusting things that you can still see on twitter and buy from amazon (Dear Girls Above Me: Inspired by a True Story). 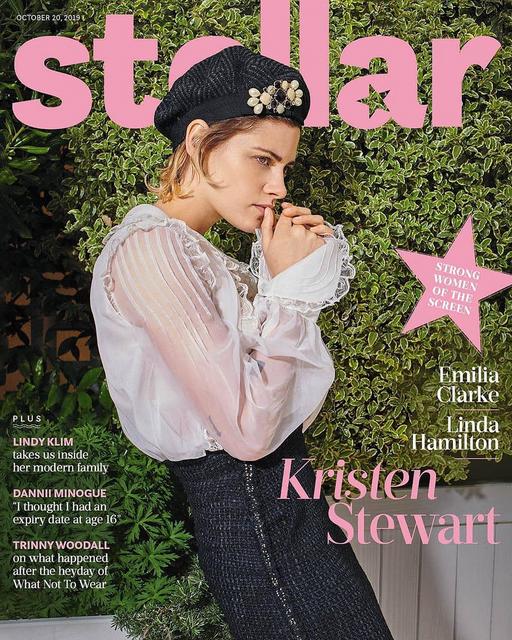 They starred together in Panic Room.

Now Kirsten tells Australian magazine Stellar: 'I remember her thinking there wasn't a chance I'd continue being an actor.'

'[Jodie] was like 'you're probably going to direct movies or go back to school'.'

'I really love my job, but I understand why she would have thought that about me as a kid. I love her[Jodie].'

Should Kristen go back to school, ONTD? Do you think she's a good actress?
Collapse