After a short and sudden illness yesterday, Aron Eisenberg, who played the ambitious young Ferengi Nog on Deep Space Nine, passed away. He struggled with serious kidney issues his whole life (his kidney transplant at age 17 limited his growth). His wife Malissa Longo shared the news today on Facebook.

It is with extreme regret and sadness to announce that my love and best friend, Aron Eisenberg, passed away earlier...

Chris Pratt shared a “hot new poem” on social media that literally nobody asked for. The poem is about the divide in the US and has strong implications that there’s blame on both sides, including the media.

It is unclear who wrote this “political poem.”

- Lying Ass Tony probably ain't no damn fugitive and is probably chilling in the halfway house. Angela and her French manicure just needs to read the fucking room and realize he don't want ha. She decides to enlist the help of her BFF who is in love with her to find her "boyfriend"
- Do federal agents call girlfriends or was that an employee of Sharp Productions?
- we have a new couple of dumbasses (Glorietta and Alex). OP screamed when his pic came up. Inmates, please, OP implores you - you have all the time in the world to master your angles
- dis woman's eyebrows and her wedding planning book
- Daniel and Lizzy sound like a real genuine trainwreck and with their families not liking each other is not great. They fuck on a trailer park laundry room floor which might be worse than the woods
- Rock of Love Doppelgänger and Malicious Wounder with Good Intentions look like a cheap 2003 couple on the beach who dream of Hummers and Sky Tops. Basically they look like an old MTV True Life episode
- OP honestly thinks Shane might be telling the truth of his crime and if true, get him Shane
- Quesadilla Calzone Vince is not understanding that Amber wants to be with Puppy *whispers into the daisy field: "Rise Pupamber"*
- He wants to adopt her and adopted Puppy and that's completely fucked. He ain't doing for the money y'all - theys gonna be skin suits. Also Sling Blade just casually rolled off the tongue he was frauding the govment
- So Daniel should fucking apologize about stealing from his fucking family and yes Lizzie, they have every right to know where their damn shit went
- Doppelganger Daisy tells Shane she's seeing another inmate

Lord of the Rings returns to New Zealand with Amazon TV show https://t.co/AmrnBJ34AV

Happy Hobbit Day! Today, September 22nd, is the birthday of both Bilbo and Frodo Baggins!

Amazon has announced that their Lord of the Rings series will be returning to New Zealand to film. It also has a $1 billion dollar budget. Pre-production is underway and filming will begin within a few months.

KARD are back with track “Dumb Litty” produces by BM

Anyone keeping up with Queendom? 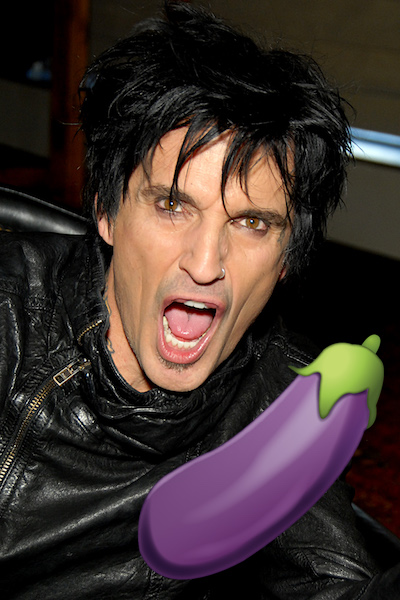 Tommy Lee is notorious for his huge dick, as made famous in his sex tape with ex-wife Pamela Anderson.

Well, his dick is back. He posted a picture that is apparently his dick held up to his wife Brittany Furlan Lee's mouth. He praised Instagram's filters for blessing other men with the ability to filter their penises to make them look bigger.

Open to: All, detailed results viewable to: All. Participants: 187

The 2019 Emmys begin at 8pm/5pm on FOX, but the red carpet has already begun.

The white dress seemed to show a “gunshot wound” with blood dripping from the bullet hole https://t.co/Yl0lAM6gMf

Naomi Campbell appeared at the annual Fashion For Relief charity gala with a bold dress.
The white dress seemed to show a “gunshot wound” with blood dripping from the bullet hole.
The charity event aims to raise money for the Mayor’s Fund for London.
The dress was intended to convey socio-political messages.

"I make clothes to challenge people's minds. This gown is from my collection 'Coming For Blood' - a delving into the horrific feelings of falling in love. This dress is extremely emotional to me - it screams my lived experience as a black person. It shows no matter how well you dressed you are or well behaved, we are time after time seen as a walking target. I'm in a privileged position to be able to speak on issues that others would be silenced on. Inequality is still rife and newspapers clawing at my work is testament to that."

“We didn’t really have that much in common except for that we had a job together and we don’t have that job together any longer so there’s not a real reason for us to talk that often” N I C E pic.twitter.com/2M9LJwPGK8

This comes after One Direction fans attacked Zayn two years ago for saying he wasn't in touch with his co-workers and that he "never really spoke" to Harry Styles even when he was in the band.

Do you think the friendship and interactions among the members of your favorite manufactured pop band is completely genuine and has always been about true brotherhood, ONTD?

Tonight the 71st Annual Primetime Emmy Awards will honor the best in U.S. prime time television programming from June 1, 2018 until May 31, 2019, as chosen by the Academy of Television Arts & Sciences. The ceremony will be held at the Microsoft Theater in Downtown Los Angeles in California and air on FOX at 5pm PT / 8pm ET.

Outstanding Directing For A Drama Series

Outstanding Writing For A Drama Series

Succession • Nobody Is Ever Missing • HBO • HBO Entertainment in association with Project Zeus and Gary Sanchez Productions
Jesse Armstrong, Written by

Outstanding Directing For A Variety Series

Outstanding Writing For A Variety Series

Outstanding Lead Actress In A Limited Series Or Movie

Outstanding Lead Actor In A Limited Series Or Movie

Outstanding Writing For A Limited Series, Movie Or Dramatic Special

Outstanding Supporting Actor In A Limited Series Or Movie

Outstanding Directing For A Limited Series, Movie Or Dramatic Special

Outstanding Supporting Actress In A Limited Series Or Movie

Outstanding Directing For A Comedy Series

Outstanding Writing For A Comedy Series

When it was announced that there would not be another season of Degrassi Next Class, I was bummed. I've been following the series since Degrassi Junior High, and to have it end so unceremoniously at the hands of Netflix was just... heartbreaking. It felt like the end of a super long, Canadian era.

Since the very first series, there have been over 100 characters that have been appeared in the opening title sequences, and many more recurring. Ranking them is never easy, but here is my attempt at listing the 30 best characters in the show's history, from Degrassi Junior High all the way to the last season of Degrassi Next Class.

Hey @fbi my brother raped Mildred and told me in confidence in his pick up truck she was 91 years old and my brother told me he covered her mouth so no one could hear her scream. Put me on a polygraph machine please @fbi my mother knows she was taking care of two elderly women who were on hospice Mildred and opal who my mother was keeping alive. @fbi what are you gonna do about that!? NOTHING! ? I’m REPORTING A RAPE FROM NICK ON SN ELDERLY WOMEN WHO WAS DYING AND WAS 91 that he raped. Strap nick up to a polygraph machine and a really good one please. @fbi

Andy Serkis has said that “performance motion capture is the end of typecasting.” He adds that “there should be great opportunities for disabled actors to play able-bodied characters.” (Source: https://t.co/1HmFnJkGzF) pic.twitter.com/Qdx1nIf168

Serkis questioned where the boundaries lay when an actor was digitally captured.
“When your performance becomes data it can be manipulated, reworked or sampled, much like the music industry samples vocals and beats. If we can do that, where does the intellectual property lie? Who owns authorship of the performance? Where are the boundaries?”

He raised the issue of ethics around bringing people back to life using digital technology.
”The ability to create photorealistic characters, to digitally de-age actors or digitally resurrect performances from actors who have passed, raises some serious issues,”

He highlighted that performance capture could see actors play different ages, races, and abilities but recognised the inherent cultural insensitivities.
“Performance capture is the end of typecasting. With it, there should be great opportunities for disabled actors to play able-bodied characters. It would be possible for an actor of colour to play Abraham Lincoln and for me, as a middle-class white man, to play Martin Luther King. The question is whether that is ethically right. Diversity is hugely important so I can understand sensitivities about this.”

Give all the awards to Jeremy Strong next round!

Ontd are Logan and Caroline Roy the worst parents ever? Are Tom and Greg the gift that keeps on giving?

Open to: All, detailed results viewable to: All. Participants: 38

Who did you hate-love the most this week?

I am very focused on my work. #Succession pic.twitter.com/0dotXChADC

Beauty Queen Halima brings up a point at the beginning of the video that wearing a headwrap is not cultural appropriation and everyone should try it once. Thoughts, ONTD?

Growing up in Singapore, Ive never heard of cultural appropriation. We were invited by our friends to wear their traditional clothes and partake in their culture. So, I understand where she is coming from.

“Investigators are searching for a person of interest who fled the scene. Anyone with information on this massacre is asked to call the police immediately.”

The new trailer for the Netflix Breaking Bad movie, El Camino, which premiered on Fox during The Emmys.

The movie looks to pick up almost immediately after Breaking Bad's series finale.

There was awkward audience laughter when Kim Kardashian and Kendall Jenner said their family tells their stories "unfiltered and unscripted." Yikes. #Emmys2019 pic.twitter.com/H6XH3g6L1L

As Kim Kardashian and Kendall Jenner were presenting the award for Outstanding Competition Program at the Emmys, they said "Our family knows first-hand how truly compelling television comes from real people just being themselves, telling their stories unfiltered and unscripted." This elicited laughter from the audience.

ONTD, do you have any shame?
Collapse