On the heels of rumors that his ex-girlfriend Gigi Hadid has been seeing The Bachelorette runner-up Tyler Cameron, Zayn Malik has reportedly listed his 3,597-square-foot penthouse in New York City's SoHo neighborhood for $10.8 million.

Malik made an offer on the four bedroom, four bathroom bachelor pad, located blocks from Hadid's Bond Street apartment, on Valentine's Day in 2018 and closed on it a month later (the couple would announce their [first] split on social media the same day).

This is the third property that Malik has put on the market since fall 2018; he recently lowered the asking price of his Bel Air home from $3.5 to $3.2 million, and a villa in Hertfordshire, England is listed at $4.6 million. He retains ownership of a farm in rural Pennsylvania, which he purchased at the advice of Hadid's mother Yolanda last year.

#TheLWord is back! Here’s what they have to say at #TCA19. pic.twitter.com/rsCb6UOyxy

“We have had long conversations about TERF lesbians,” Ryan said. “We are very plugged in to that, the world and the conversations that are coming out of the divide. I strongly stand on the side of inclusivity and the side that we are always better together. We do not explicitly reference TERF lesbians, but my point is to say that the act of making the show is my response to TERF lesbians.”

In Hollywood there are issues of cis actors playing trans characters. Scarlett Johannson dropped out of Rub & Tug after outcry and Jeffrey Tambor said he hoped to be the last cis actor cast as a trans character when he won an Emmy for Transparent. Ryan is exploring the reverse.

Potatoes: Hollywood is full of them. Who and what exactly is a potato actor? Well most, if not all, potato actors are Caucasian, bland, starchy and must resemble a potato to a certain extent. For years now ONTD has referred to mainly three actors as such and since I’m part of that crowd who have bestowed such a name to an actor...I’ve taken into consideration the name of two additional actors for this original to join the ranks of the Potato Kingdom. ONTD can accept or reject them, this is a potatocracy after all. But they will remain in this post for archiving purposes. Grab a fry and let’s get started, things are about to get starchy.

Actor: Ansel Elgort
Position: Jester
Known For: The Fault in Our Stars, The Divergent Series, Paper Towns, Billionaire Boys Club, DJing, His 17 Selfies, Nepotism, etc.
Description: Officially given the title in 2015, Elgort is also well known on ONTD for his song “Thief” and its lyrics are often quoted.

Which other actors do you feel belong on this list and should join the ranks in the Potato Kingdom?


OP Note: Sorry for the limited number of celebrity reactions but it was so hard to find any. Shout out to the mod who helped me find some other celeb reactions to include.

Djimon Hounsou and Kimora Lee Simmons are locked in a bitter custody fight.
He's asked a judge for joint custody.
She says he's threatened to move their 10-year-old to Africa.
Djimon complained on Father's Day that Kimora wouldn't let him see their 10-year-old son, Kenzo.
He insinuated she was regularly keeping the child away from him.
She maintained he was an absent father who rarely wanted to see the boy.
Djimon now is asking for child support,

We know that @itsJasonWeaver was the young singing voice for Simba in the original #TheLionKing, but why didn’t Disney give him the speaking role as well? He explained what happened to #ShadowAndAct 👀https://t.co/hxztzcnY5F pic.twitter.com/lr8fI3RwN1

Elton John vouched for him to do the singing for Simba, and when directors Allen and Minkoff offered him the speaking roles, they called Disney's lawyers, who had "just" inked the deal with Johnathan Taylor Thomas to be Simba's voice.

Weaver is still getting the residual checks.

Amanda Seyfried reveals she turned down the chance to play Gamora in the Marvel Cinematic Universe.

"I turned down [a superhero movie] once and they haven’t called back since. And it was a big’un. I don’t regret it because I didn’t want to be green for six months out of every year. They tell beautiful stories through superheroes, and my daughter’s now really obsessed with superheroes now, and part of me wishes I’d done it, but the other part of me is like ‘I had a life to live’ and I don’t think I would’ve been happy."

While she never namedrops Gamora specifically, those details seem to indicate that Seyfried would have had the part that eventually went to Saldana.

ontd, has one of your work projects ever directly contributed to the world's knowledge base of universal phenomena?

Yesterday, Kid Rock tweeted something gross about Taylor Swift, as discussed in this post.

Kacey pulled out the notes app:

ONTD: Have you ever been "hacked"?

Howard Stern and his wife Beth Ostrosky Stern have adopted a kitten named Helen Rose Stern. They will train the kitten to be a therapy cat. Helen will visit hospitals, senior centers and other facilities to provide therapy.

The Sterns foster several cats and support animal shelters throughout the country. They were fostering the kitten's mother, and they decided that Helen would be a good fit as a working therapy animal.

Open to: All, detailed results viewable to: All. Participants: 232

Do you believe in therapy cats?

Howard Stern can go fuck himself, but Helen Rose Stern is presh.

Today in “Stewie, again? Why is this a post?” It’s outstanding how despite almost a year since his debut as the Flyers new mascot, that Gritty has managed to remain relevant in Pop Culture. Proving Gritty doesn’t have an off-season.

His latest antic and viral video? Dancing to Lizzo’s Juice to reveal his new belly button piercing and bling and declaring it a “Hot Girl Summer.”

creatives of ontd, what have you made recently? favorite peaches songs/moments?

[I put the Twitter frame under a spoiler cut because it contains a distressing image. Enjoy a picture of a Doberman pup instead.]

The video of Brooke Houts and her dog Sphinx doesn’t have enough evidence of the dog being in danger, according to Los Angeles police https://t.co/BselqUxBy7 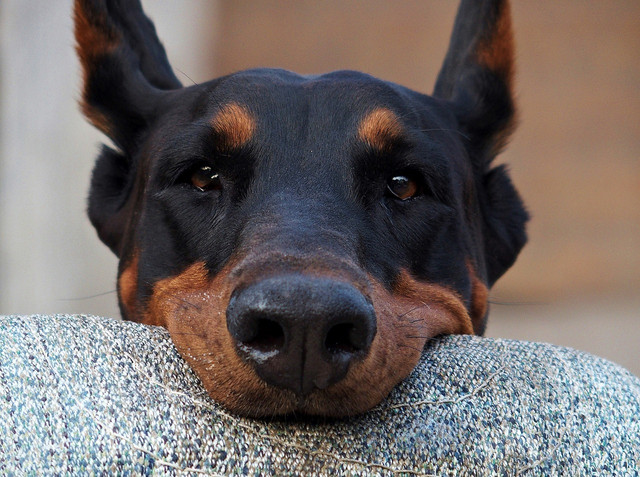 In a follow up to the previous post, noted human garbage Brooke Houts, a nobody Youtube "celebrity", has maintained custody of her Doberman pup she was seen abusing on video... at least, for now. According to TMZ, "LAPD's Animal Cruelty Task Force determined the pooch is not in immediate danger."

Apparently the authorities have said the video on its own is doesn't show enough proof that the dog is under any immediate threat (??) however the investigation is still ongoing and the LAPD can still take Sphinx away if they determine that Houts is abusive.

Additionally, Houts' ex-boyfriend was recently interviewed and claimed that Houts was abusive to his dog when they were dating, saying that: "She would throw my dog around as if it’s a cat [...] And I didn’t see anything of it at the time, now this dog stuff is coming out, it makes so much sense that she is not a fan of animals, or she just doesn’t like to treat animals with the same respect as you would treat a human being."

Promo for 5X05, "A Bout, A Girl"- 'Dutch enters the deadly Supermax prison and fights her way to the top as she seeks a chance to take over the entire ship.'


The sneak peek here was removed, but there are pics showing [Spoiler (click to open)] Delle Seyah! And is that Aneela, finally? She finally gets to meet Jaq and be reunited with Delle Seyah.

What did you think of the episode?

Universal has decided to scrap the release of 'The Hunt'.
The film had been set to hit theaters on Sept. 27.
The violent, R-rated film follows a dozen individuals who wake up in a clearing and realize they are being stalked for sport by elite liberals.

Wayne Newton's monkey Boo bit a teenage girl, the injury required medical attention.
The girl's mother is suing Newton for this incident that happened 2 years ago.
The bite broke the girl's skin, she had to go to a hospital where she got a tetanus shot.
She was left with a gnarly scar that may be permanent.
She claims she underwent counseling because of her fear of animals.
Boo was not caged nor on a leash when they visited back in October 2017.

The backlash prompted an explanation from Lizzo, who said that fans misunderstood her intention.
( Collapse )

Megan @theestallion Was Made for This! The Houston Hottie on her quick rise to the top. https://t.co/RhlY5xeYwN pic.twitter.com/z5M2J4hJ8u

leader of the hotties and hot girl herself, megan thee stallion, talks to paper magazine about her rise, her influence, her knees and more. 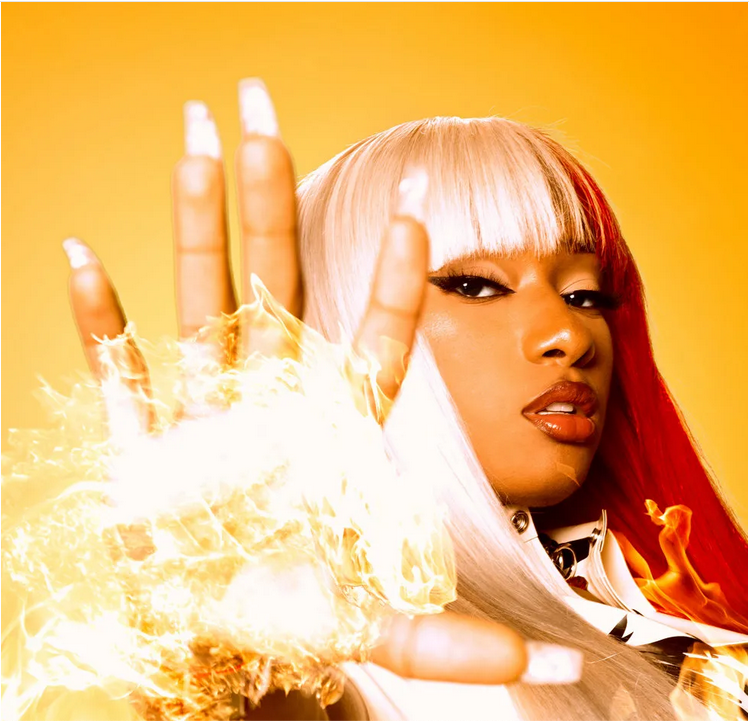 me when i get the rainbow star on Mario Kart pic.twitter.com/s5E6tGZ0nu

“Liam and Miley have agreed to separate at this time,” a rep for Cyrus tells PEOPLE in a statement https://t.co/DgfkGUdgE6

They've been married for 8 months.

Miley Cyrus is living it up in Italy and Brody Jenner’s ex, Kaitlynn Carter, is right behind her! The two got up close and... *very* personal during their vacay. https://t.co/SY0Jo9MPVd

Miley's been photographed making out with Kaitlynn Carter, Brody Jenner's ex, in Italy.

Gigi Hadid Reveals She Was Robbed in Mykonos and Vows to Never Return: 'Don't Let Insta Fool You' https://t.co/xYP8deyTFS

Gigi Hadid revealed on Instagram that she was robbed while vacationing in Mykonos with her sisters. She posted a photo to her second Instagram account and captioned it
"Mykonos film in. PS(A). Don’t let insta fool u. Got robbed. Never going back lol. Wouldn’t recommend. Spend your money elsewhere"

Apparently, their rental home was robbed while they were out. Personal items were stolen from only Bella and Gigi's things.

Some Greek people are upset that Gigi's telling everyone to stay away from Mykonos, when she and her friends were posting pictures and Instagram stories from inside and outside the house on social media, basically letting everyone know where they were staying.

Scott Moir and Tessa Virtue were honored last week by Canada's Walk of Fame. During his speech, Moir spoke about his aunt Carol, who connected Moir to both of his skating partners, Virtue and Jackie Mascarin. Moir quipped, "And the first [partner] that she gave me is now my fiancée, so that works alright," referring to Mascarin.

Virtue later said in a Twitter reply that she was "currently looking for a +1 for an upcoming wedding."

Obviously spoilers up until 3x12!