A fan of A$AP Rocky was arrested after she allegedly threatened to blow up the Swedish Embassy in Washington, D.C.
The suspect placed a bag down near the entrance to the embassy, threw liquid from a glass coca cola bottle at the doorway and yelled out “I’m going to blow this motherf–er up.”
The next day, she returned to the embassy were she screamed at personnel and made statements about A$AP Rocky.
Soon after, she refused to leave the embassy and was taken into custody by secret service agents.
She was charged with destruction of property and unlawful entry.

beysactingcoach taking a break to focus on more important things, here is a discussion post for the best-worst-reality-tv-show I still make time for!!

The first image of Kristen Stewart in Amazon Studios' film 'Seberg' arrives ahead of its appearance at the upcoming Venice Film Festival. https://t.co/Rc5x5jcmMD

Kristen Stewart stars as French New Wave actor Jean Seberg. Seberg is based on the true story of the actor's life in the 1960's with the FBI targeting her due to her political and romantic affiliations with civil rights activist Hakim Jamal (Anthony Mackie). Seberg will be premiering at the Venice Film Festival.

- In a now deleted Instagram story, 'J. Edgar' actor Armie Hammer posted a video of his son sucking on his toes with the caption: "This happened for a solid 7 minutes... #footfetishonfleek"

- This isn't the first time the actor has gotten controversial over social media. He was exposed for liking tweets about shibari rope bondage and responding negatively about a Buzzfeed writer pointing out his career flops.

Do you have a fetish, ONTD?

JESSICA ALBA GETTING HACKED IS THE MOST UNPRECEDENTED EVENT OF 2019 pic.twitter.com/LvilxNNWD0 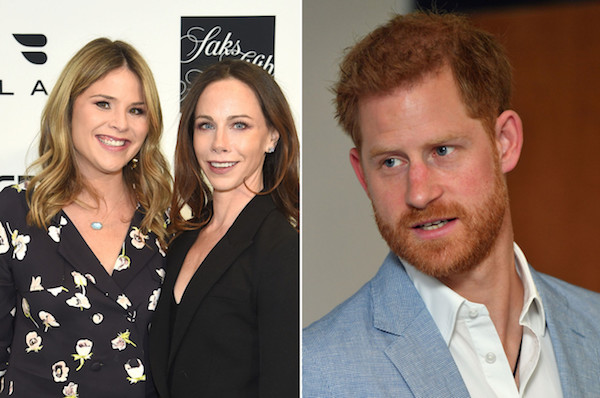 “I tried to set him up with my sister and it didn’t work . . . This is before Meghan, obviously before baby Archie... He said, ‘Let’s talk later.’ But then he got married to Meghan Markle."

It worked out, because Barbara ended up getting married to some actor this year.

ONTD, have you ever dodged a bullet? 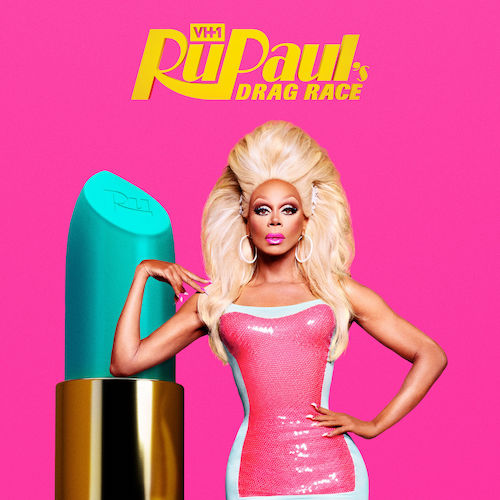 RuPaul's Drag Race has been on for 11 seasons, and it seems like everyone has their favorite season. So which season is the best, and which is the worst? Here is the definitive ranking.


11: This season probably ain't the worst, but the rigga morris is still fresh in my mind and I'm still salty. 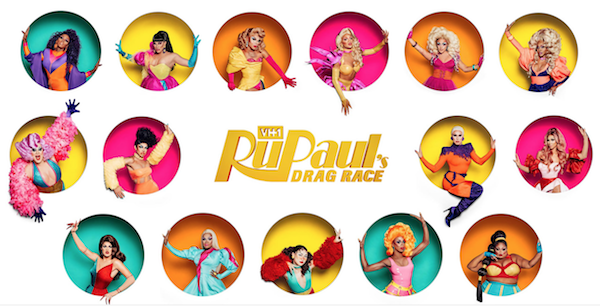 Open to: All, detailed results viewable to: All. Participants: 203

Source: Me watching too much of this damn show.

- BadRobot and Michael Ausiello are developing "Drama Queen", a show about a gay teen obsessed with TV and based on Michael Ausiello's life.
- It's basically Ausiello's "Young Sheldon".
- Ausiello is one of the most prominent TV Critics out there, he started working for TvGuide, later EW and then created his own site: TVLine. He recently published a book "Spoiler Alert: The Hero Dies" about the sudden death of his husband.
- Kristin DosSantos is raging with envy.

As a former gay teen that was also obsessed with Tv, i'm so watching this.

Armie Hammer’s wife Elizabeth Chambers responded to the backlash over a now deleted video her husband shared on Instagram, which showed their son Ford Douglas Armand, 2, briefly sucking on the actor’s toes.

She did not address the hashtag #footfetishonfleek.

[Text]“It wasn’t seven minutes... more like five seconds. Our son likes to play with people’s feet and I put the video on our family stream because this phase is an ongoing joke. Sharing the video on Instagram was def not the best move on A’s part, but I can assure you that our children’s safety and well-being is always our first priority.”

GLOW star and Emmy nominee Betty Gilpin stopped by The Tonight Show with Jimmy Fallon last week to promote the show's upcoming 3rd season on Netflix. During the interview, she talks about her alter-ego Angela, her first experience at San Diego Comic Con, and shares an impression of Ella Fitzgerald and Louie Armstrong singing the Britney Spears classic "Oops...I Did It Again!" Check out the interview below.

If you've never seen any of her interviews before, she's delightfully awkward and hilarious. Check out two of her earlier appearances on Jimmy Kimmel Live under the cut.

I fully stan for her now. She has a movie coming out in a few months called The Hunt (the trailer played with Crawl but it isn't online yet for some reason) where she plays a total badass and I can't wait for it. 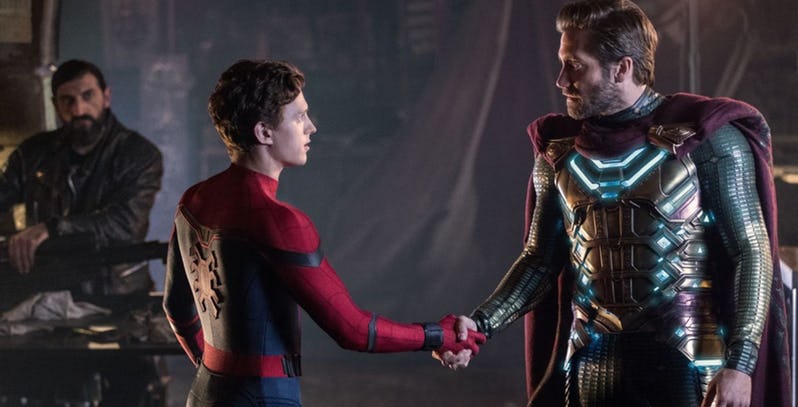 "I remember Tom and I not be able to hold -- we couldn’t stop laughing when we first shake hands in the first scene when our characters meet," he told Buzzfeed ... "Every time I would come in and be like, 'Hey, how are you? I’m Quentin,' he would just start laughing -- he couldn’t stop. And so we both -- forty takes, we couldn’t get it. In the movie, Jon Watts uses a millisecond of the shot because he couldn’t get anything usable."

Three weeks in, "Spider-Man: Far From Home" has now passed 2007's "Spider-Man 3" (aka "The Bad One With All the Gifs") to become the third-highest grossing Spidey movie domestically and is his first film ever to break a billion dollars worldwide.

ontd, is Mysterio the most accurate portrayal of a [Spoiler (click to open)]supervillain comics character ever put on screen?

Conversely, if you put a fishbowl on your head, would you work it?

Rob Thomas has been interviewed about the new season and he remains delusional about what the fans want from the show.

Here are some questionable things he been saying:

( Collapse )
[Spoiler (click to open)] I was reading the two interviews and I'm convinced Rob has lost his mind. I can't believe I waited so long for the show to come back and end up disappointed in the new season.
Remember ppl havent finished the season so please remember to use the spoiler tag.

So fellow marshmallows, do you want another season?

Despite its title, Forever was not long for this world. https://t.co/bleGANVJt9

to the ontders that did watch, what was your favorite episode or favorite moments? "andre & sarah", still chokes me up.

With thousands of store closures in the last three years and petitions against Subway from its franchise owners, the fast-food chain with the most locations globally seems to be on the rocks. We unpack what’s going on and where Subway’s headed from here.

ONTD, do you still eat at Subway?

I Know What You Did Last Summer TV remake will be helmed by Aquaman director James Wan https://t.co/Bm1H3Mobop

James Wan will direct the I Know What You Did Last Summer TV remake for Amazon. There was a plan for a film remake back in 2014 but it fell through.

The project is branded as a “YA horror series,” with Shay Hatten, (John Wick 3), attached as a writer. No other details have not been released.

op fav Megan Hilty (Smash <3) and irl superstar Jessie Mueller star as Patsy and Loretta. This movie chronicles their close friendship from 1961 - 1963, as Cline recovered from severe injuries after a car crash to her abrupt death at 30 in a private plane crash.

Cooking up a new release for 2020! What a collaboration! 😉🤗 can’t wait. pic.twitter.com/e6IvrJeh6i

Christina Milian and Matt Pokora are expecting their first child together.
Milian already has a 9-year-old daughter, Violet with ex-husband The-Dream.
Milian, 37, and Pokora, 33, have been in a relationship for the past two years.

.@TarynManning was going OFF on "Orange Is the New Black" cast and show before her Instagram went down: https://t.co/v5JKhtIv6h

Taryn Manning's Instagram presence has disappeared just one day after the actress posted a long, rambling rant about a variety of topics, including going in on her long-running show "Orange Is the New Black."

Uhhhh Taryn Manning really needs to step away from Instagram and into a therapist’s office. 😳 pic.twitter.com/yKQP2wKX9n

A rabid film fan (John Travolta) stalks his favorite action hero (Devon Sawa) and destroys the star's life. The Fanatic, directed by Fred Durst, will be given a limited theatrical release on August 30, followed by a release on streaming platforms.

Wait WHAT?? an 8-year-old girl who was violently killed, strangled and suffocated cannot be anyone's costume... pic.twitter.com/MwaAXavyBE

Ariana's instagram star~ bff posted a picture of a magazine with JonBenét Ramsey on the cover with the caption: "no one has done more covers" and Ariana replied "i cant WAIT for this to be your halloween look. ♥"

JonBenét Ramsey was an American child beauty queen who was killed at the age of 6 in her family's home in Boulder, Colorado in 1996.

Ariana deleted her reply and apologized on twitter a day later.

sis..you left the comment for a whole day. you only apologised once you saw that we called you out on it.

* Amazon's hit show Jack Ryan is back for it's second season.
* Scheduled airdate is TBA but will likely air in September.
* Amazon has already renewed it for a third season.
* John Krasinski has also signed a development deal with Amazon to produce more shows.

The season finale airs next week.

Zak Bagans of "Ghost Adventurers" fame bought the home that was the site of the 1969 LaBianca murders in the Los Feliz area.

Bagans said of the murder site: "it's a 'holy grail' for a 'collector of dark culture.'"

He made an offer close to the asking price (1.9 million).

So he has an obsession with Manson, it looks like. According to the Las Vegas Review Journal, Bagans' Haunted Museum in Vegas "is home to such Manson-related artifacts as the hospital gown Manson died in (which holds some of his bodily fluids), a portrait painted with Manson’s ashes in the eyes and bone fragments from the cult leader’s body."

Earlier this year, Bagans also released a documentary about Manson called “Charles Manson: The Funeral”. It includes footage of his open-casket funeral.

We're ready for the comments section to pop off with some hot takes 👀https://t.co/yAHE4gq3xP

Quentin Tarantino, Margot Robbie, Leonardo DiCaprio, and Brad Pitt spoke with a reporter from Despierta America. At the end, the reporter asks if they really like Mexican food. Brad says there's no way you can live in LA without liking Mexican food. When asked about their favorite Mexican food, Brad chose tacos, Leo said he prefers pupusas (iconic Salvadoran food) over tacos, Tarantino went with pollo en mole, and Margot chose chips and guac.

ONTD, what type of pupusas do you like?
Collapse