When asked about what attracted her to this role, Christina said this:
It literally took them like dragging me out of my semi-retirement, because I was very happy with my kind of not showering life and doing what I want, and just raising my daughter. So, what was it? It was a lot of things. It was really a unique premise and show, and I had known [creator and showrunner] Liz Feldman (2 Broke Girls) and really loved her as a human being. I feel like if I'm going to be doing anything, if you're going to take me away from my kids for three months, it better be with an amazing group of people that are of quality and are kind, smart and interesting. I read the script and immediately I thought they wanted me for Judy. I was like, "What a great character, it's a little bit less work. I don't need to be the star. I don't want to be star of anything." And Liz was like, "Oh no, you're not a Judy, you're a Jen." How do I take that? "You are a Jen." Like so, I'm an angry drunk? And then I was like, "Oh, you know what, you're right. This is totally me."


read more at the source


Did you watch this show? Thoughts?

‘Avengers: Endgame’ Director Says Robert Downey Jr. Deserves An Oscar “More Than Anyone In The Last 40 Years” For His MCU Work https://t.co/BsIcw5e4aM pic.twitter.com/YCsbXQHFWp

‘Avengers: Endgame’ Director Says Robert Downey Jr. Deserves An Oscar “More Than Anyone In The Last 40 Years” For His MCU Work

In an interview with the Washington Post, via Playlist, Joe Russo said:

“His cumulative body of work from these movies is staggering. If you look at the work over just even the last four [Marvel] films he’s done, it’s phenomenal. . . . He deserves an Oscar perhaps more than anyone in the last 40 years because of the way that he has motivated popular culture.”

Former You Tube star Austin Jones was sentenced to 10 years in prison on Friday after he admitted to pressuring underage fans online into sending him sexually-explicit videos. https://t.co/VZNlM7Hc32

- Follow up to this post.
- Prosecutors asked for an 11 year sentenced. He was facing a minimum of 5 and maximum of 20.
- Victims were 14 and 15 years old.
- Admitted in a plea agreement that he chatted with six underage girls and encouraged them to send him lewd videos of themselves. He claimed they were part of a 'modelling opportunity' and he could help them get followers.
- Also admitted that he used Facebook on 30 other attempts to receive photos and videos.

Jeannie Mai of The Real uploaded a video on her YouTube page discussing her fight against Human trafficking and also sharing her own story as a survivor of sexual assault. She interviews the amazing Tika Thorton who was trafficked at the age of 12.

Trigger warning: The video contains discussions of Violence and sexual assault.
It’s a 20 minute video but I really encourage you guys to watch it.
Source: Youtube

HBO is 4/4 with yet another episode leaking day of. If you thought this would be a transition type episode with no deaths...

[Spoilers of the Big Beats with Pictures]-Jamie/Brienne fuck

-Ghost is alive and supposedly goes away with Tormund 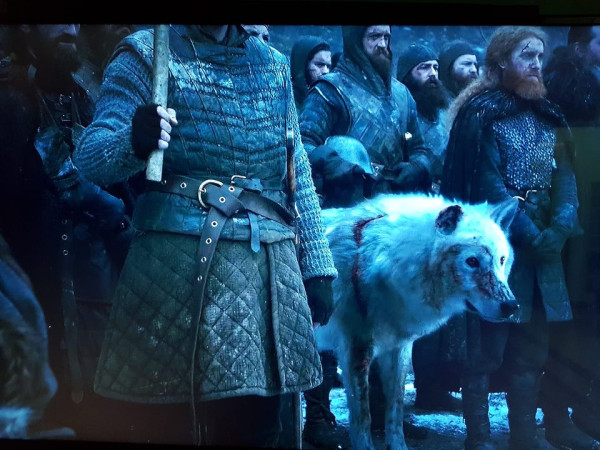 -Dany legitimizes Gendry, and he then tries proposing to Arya (??), but she turns him down

-Jon has a talk about his parentage with his siblings


This official leak seems to solidify leaks for the endgame in which [REALLY BIG ENDING SPOILERS][LAST CHANCE TO TURN BACK][I MEAN IT][Here Ya Go]Jon apparently kills Dany for the good of the realm after she goes Mad Queen.

The music video for “Power Is Power” by SZA, The Weeknd and Travis Scott off ‘Game of Thrones’ is out now. Listen and download the song in other platforms here: smarturl.it/forthethronealbum.

Despite all the attempts by Swifties to get the song to debut at #1, it's no match for former Nicki Minaj stan, Lil Nas X's Old Town Road.

Old Town Road is currently #2 on Spotify USA while ME! is at #4.

Do you see this song plummetting after this week or will Taylor be able to sustain momentum? Do you think we'll see a second single soon?

Reality romance show The Bachelorette has been on the air for a whopping 14 seasons. So ABC has decided to reunite the crazy contestants for a reunion show. Every Bachelorette will be there.

.@BrieLarson shows off her melodic vocals covering "My Everything" by @ArianaGrande on her Instagram story:

Woody Allen’s ‘A Rainy Day in New York’ to be Released in Italy (EXCLUSIVE) https://t.co/9EWqs54rYW

The film is to be released in Italy in the fall via distributor Lucky Red.
Other European territories also have closed local distribution deals.
The romantic comedy is now being sold by Glen Basner’s FilmNation Entertainment.

It will release “A Rainy Day in New York” on Oct. 3.
The film could launch in September at the Venice Film Festival.
Lucky Red previously released Allen’s 2017 “Wonder Wheel,” starring Kate Winslet.

Amazon decided to halt the film’s release and cut ties with Allen.
The Allen film has become toxic in the U.S.

What happens when a craft Dutch Gouda mingles with a blend of avocado, lime juice, and chili? Cinco de Mayo’s dream snack is born: Guacamole Cheese! 😍🥑🧀 Try shredding it over nachos or melting it into queso for the ultimate festive dip. pic.twitter.com/97eKixfgBR

Just in time for Cinco de Mayo! Gringos over at Daily Dairy (a Dutch owned company) have created Amanti Guacamole Cheese. The company describes it as “a creamy, Gouda-style, hard cheese that blends real avocados with lime juice, chili, tomato, onion and garlic” and recommend “melting it over nachos or into queso for a festive dip.”

It became available this past Wednesday in the U.S. at The Fresh Market, with 161 locations in the States. You can purchase some at $25 per pound in wedges of various sizes, and will only be sold for a limited time while supplies last.

A taste test video of the guacamole cheese behind the cut as well as celebrities tweeting about Cinco De Mayo. Ya know, to try and give this a celeb angle just in case.

ONTD, would you try this?

-Kris Jenner was interviwed on the money episode of CBS Sunday Morning.

-The show in in more countries then the peace corp.

- Kim and Kylie can command more than 6 figures for pharmaceuticals and anything ingested or put on their bodies.

- Asked if she considers kylie self made, she says that she used her own money and the makeup kits were her idea and she put in a lot of work into it and taught the family new ways of thinking about branding.

-When her and Bruce Jenner married she says they had no money with four kids in private school and thats when kris started booking speaking gigs.

- Kris says she does not stay in touch with Jenner, but the kids do so everything is good.

- Patented the word momager and when the intervier asks about more patents, she teasonly calls her a nosy nellie, but does not tell her about other patents.

David and D.B talk about reading the Game of Thrones books, meeting George RR Martin, shooting the original (failed) pilot for HBO, the various languages in the show, they answer Jimmy’s questions about the final season, and Jason Momoa makes a surprise appearance.

- Cercei somehow captures Missandei and has the Mountain execute her in front of Dany and Grey Worm. it's graphic.

One of Britain's largest bookmakers has suspended betting on the due date of Meghan, Duchess of Sussex's royal baby, amid speculation that the child has already been born https://t.co/E14Y1kzofR

Two British bookmakers stopped taking bets after a number of customers placed money on dates that had already passed. Both have also noticed a surge in betting on the baby being a girl named Ivy. 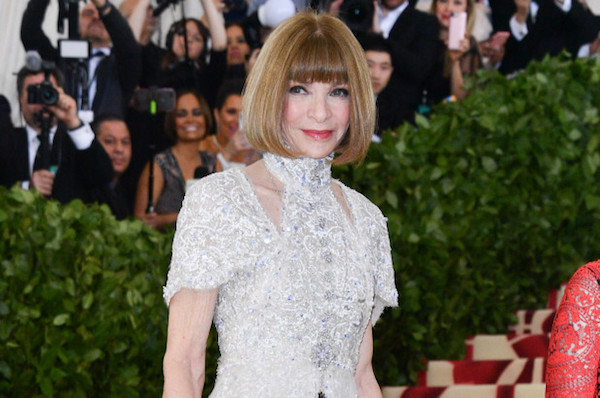 This year's theme is Camp: Notes on Fashion. Apparently the theme is confusing to the celebrity guests, who did not initially understand what "camp" is. Allegedly, multiple celebrities had to ask Anna Wintour and the gala organizers what the theme meant.

( Collapse )
Anna Wintour personally selects every single guests. Some people have been unofficially banned by her.

The Met Gala apparently has many hoity-toity rules that everyone must follow. 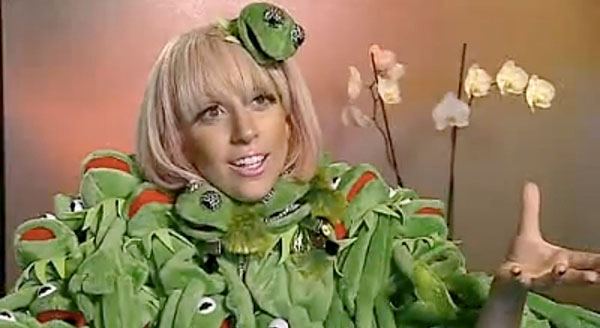 Lady Gaga in a campy outfit.

After the last episode of Game of Thrones (8x03, "The Long Night") I was somewhat dissatisfied with the conclusion of Bran's story arc. There are good reasons for that, i.e. I previously read the books and watched the show.

It turns out that a lot the groundwork that GRRM, Benioff, and Weiss laid with Bran's character never led anywhere.

The Beginning of the Story Arc
The first chapter in Game of Thrones is from Bran’s point of view and begins like this, with a reference to summer:


Bran is portrayed as a curious and sensitive kid who has not yet experienced the hardships of winter. As a lord's son, he has lived a sheltered life and never lacked any comforts. 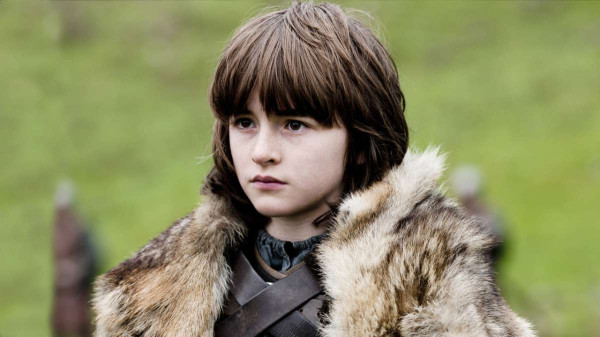 This is the quintessential tl;dr, but I needed to get this off my chest.

-"Last weekend saw the spectacular climaxes of two decades spanning epic series GOT & the MCU culminated in monumental extravagant clashes for the fate of their respective universes, as the dust settles on each battlefield the question remains who staged the best fight of that weekend."
-"There will be heated debate to my mind the answer was obviously without a doubt Barry."

Villanelle uses her unrivaled infiltration skills to immerse herself in the world of a new target; their relationship on the rocks, Eve and Niko confront each other about their future.

Here's the preview for the penultimate episode of 'Game of Thrones', airing next Sunday starting at 9pm EST (and also 80 minutes long). Without saying too much, this was the final GOT episode directed by Miguel Sapochnik.

SPOILER FREE-FOR-ALL FOR ALL ALREADY-AIRED EPISODES, INCLUDING TONIGHT'S. However, please use spoiler cuts for upcoming/finale episodes' spoilers.