Fans cry "Free Britney" as rumors swirl the superstar is being held in a mental health facility against her will from her father. The hosts weigh in on the matter. pic.twitter.com/kpNrcxMqlj

-The controversy that no one saw coming is getting louder. After the #FreeBritney campaign gained traction online, the story has now moved to the daytime cycle.

-This week on The Talk singer/rapper Eve wore a t-shirt with the campaign name and the ladies on the panel discussed the allegations that Britney is currently held at a psychiatric facility involuntarily. Sharon Osbourne noted that Britney has been working pretty much all her life and her career provides the livelihoods of many people and the complications that could arise from that saying: "when there's money involved nothing would surprise me".

-In the end the panel agreed that the campaign is at least bringing awareness to the issue of Britney's conservatorship so if something shady is going on behind the scenes people are more likely to take notice and pay attention now. 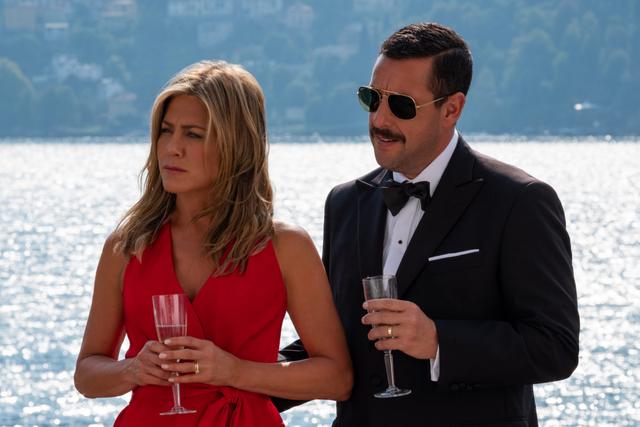 Synopsis: When an NYC cop (Adam Sandler) finally takes his wife (Jennifer Aniston) on a long promised European trip, a chance meeting on the flight gets them invited to an intimate family gathering on the Super Yacht of elderly billionaire Malcolm Quince.

When Quince is murdered, they become the prime suspects in a modern-day whodunit.

Author @E_L_James stops by to chat about what inspired her newest book, “The Mister."

We also got to read a steamy excerpt together! 🔥 pic.twitter.com/mtDMhVTrrD

To the surprise of no one, Fifty Shades of Grey author E.L. James and her new book The Mister are garnering some pretty bad reviews.

The Mister tells the story of a romance between wealthy, callous British aristocrat Maxim Trevelyan (who is also a DJ, photographer and a model) and his Albanian housecleaner Alessia Demachi, a migrant who was brought to England illegally by traffickers.

Despite that description, the author calls her new novel “a Cinderella story for the 21st century.” Well, okay then.

Here are some choice review highlights:

“James retains her capacity to write sex scenes that last thousands of words in a row, but not without including turns of phrase that make you, as the reader, want to bleach your own brain. Alessia’s moan, Maxim notes, ‘is soft and husky as her head falls into the palm of my hand. It’s music to my dick.’ Later, ‘a shocked giggle bubbles up from her happy place.’” — The Atlantic

“Some people are not equipped to write stories of social realism that delves into topics like domestic abuse and sex trafficking. E.L. James is to these topics what Hannibal Lecter is to vegan cookery.” — Pajiba

“You will laugh a lot during this book, and not in a good way.” — iNews

Blackpink continues to take the US by storm and stop by The Late Late Show with James Corden to perform “Kill This Love.” The group then join James to play a game of Flinch, testing their nerves of steel. Jisoo, Jennie, Rosé and Lisa each take turns standing behind a slate of plexiglass and must remain still as various fruits are fired at them at high rates of speed.

Arichella touted a record-breaking 82.9 million live views the first weekend of the 2019 Coachella,That’s up more than 90% from 2018, according to YouTube. Headliner Ariana Grande was reported to earn $8 million for her performance. That's doubled the payment from past headliners.

Also released on Wednesday was that weird faith-based movie 'Breakthrough', which already made $3.4M on Wednesday and Thursday, and is expected to bring in $13M-$20M over the weekend in 2,700 theaters (on a $27M budget).

Disney's documentary 'Penguins' is the third biggish release this weekend, bringing in $956,000 since its release on Wednesday, and is expected to make $5M-$7M this weekend in 1,800 screens in its first five days of release.

Out in limited release this weekend are 'Under the Silver Lake', 'Hail Satan?', 'Little Woods', and 'Fast Color'. Expect next weekend's Thursday numbers to shatter all box office records.

"Yes, I thought she was a boy, too. Until she looked at me when she was three years old and said, ‘I am not a boy! So there you go! I have two beautiful daughters who, just like any parent, I want to protect and I want to see thrive." <3https://t.co/KmCjM081GF

Just shot this scene... so... 😔 pic.twitter.com/uyjbpTdfxC

The cinematic capturing for Ellie and Joel is wrapped. Production for TLoU2 seems to be coming along, but the final product is still quite a ways away. Still, it's nice to be updated!

And that’s a wrap on Ellie, Joel, and the most ambitious cinematic shoot we’ve ever done. Tears were shed... #TheLastOfUsPartII pic.twitter.com/mRnlP54u4N 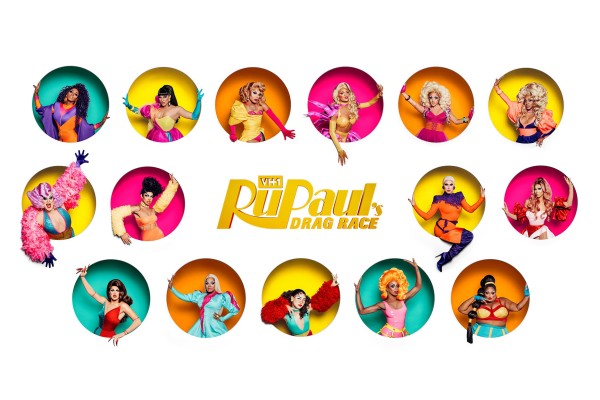 The overproduction... is far too much.

The current hype surrounding the #FreeBritney movement has many alarming aspects to consider, but one of the most present throughout most of the conservatorship is no other than Britney's father, Jamie Spears.

Here is a small background on Britney's current sole conservator previous to the current state of affairs and his involvement in the conservatorship. 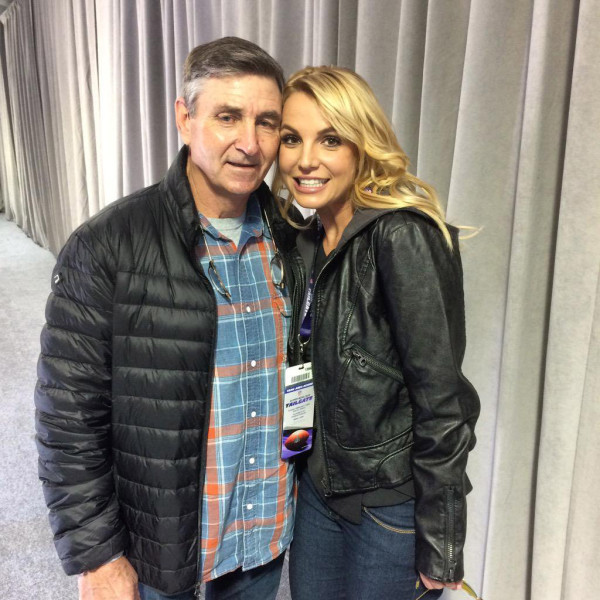 Source 1: My copy of Britney: Inside The Dream. The Biography by Steve Dennis.

i wrote this piece for @HuffPost - "My life of red carpets, hit TV shows... and losing a tooth from purging!" - about my longtime struggle with eating disorders: https://t.co/OYBOdRU0HO

Excerpts from the article after the cut.
( Collapse )

If you have time to read this, I highly recommend it. Good for her for speaking out.

Nearly a year after being kicked out of the Academy, #RomanPolanski is suing to get back in https://t.co/SQOU5tD4NP pic.twitter.com/YXk99pxGgU

Calling all AVICII fans in Los Angeles. April 20th marks one year since we lost Tim. I would like you to join me in a dedication to Tim on Saturday morning. Please wear white tops. ( Jacket/t-shirt/Sweater)
Location details will be sent on Friday 19 April at 6:00PM PDT.
With love,
Aloe Blacc


the tallest man on earth | i love you. it's a fever dream.

honorable mention to teyana taylor's live performance of "issues/hold on" on ellen because she snatched.

(*obviously homecoming came and blessed all of us that stan t a s t e and talent on wednesday, april 17th, but i tried to highlight new releases released as close to the standard official release day as possible, so really only new releases on fridays or thursdays depending)

i've been waiting for kelsey lu's debut for years and i am not disappointed. ontd, what new music are you listening to this week?

There's a baby on the way for Robbie Amell and Italia Ricci! 🍼https://t.co/R9ibWPUPoB

“One of us is actually pregnant,” wrote Amell, 30, on Instagram with a photo of both of them cradling “baby bumps.”

Based on the true case, 'When They See Us'.
The four-part miniseries, which releases on Netflix May 31, chronicles the notorious case of five teenagers, labeled the “Central Park Five,” who were wrongly convicted of a brutal rape that took place in Manhattan's famous park in the spring of 1989.
When They See Us was created by DuVernay, who also co-wrote and directed the four parts.

-"James asks Bill Hader about his tendency to look rather awkward in photos because he doesn't quite know what to do with his arms, and James has some photos to dissect."

Last week during her 73 Questions interview with Vogue, Kim Kardashian revealed a bathroom that features sinks with no basins. The internet was confused as to how that worked.

“Since everyone is a little bit confused about our sinks, I thought I would just show you guys a little tour of our bathroom,” she explained in her Instagram Stories.

Despite sinks that appear to be completely flat, the counters are slightly sloped to allow water to flow toward a small drain in the center. “You can put it on as high pressure as you want and no backsplash will come up,” she added.

Michelle Williams and her husband, Phil Elverum, have separated.
The split is amicable and happened toward the beginning of this year.
Their decision to call it quits comes less than a year after they wed in the summer of 2018.

fka twigs announced a 10 date, 8 city tour, including a performance at this year's red bull music festival, starting in los angeles on may 7th and ending in hobart on june 14th. along with the tour dates, twigs tweeted the link to a mailing list sign up page. it reads: “sign up for updates from twigs.”

ontd, are you ready for the return of fka twigs?

i know i sure as fuck am.
any upcoming concert plans...?

.@ChrisBrown and @NickiMinaj to Tour Together This Fall (EXCLUSIVE) https://t.co/jtW3coBKDQ

Nicki Minaj has parted company with her longtime managers.
She will tour this fall with Chris Brown.

It was unclear whether the two will be coheadliners on the tour.
The Sept. 13 date advertised with Brown as the top-billed artist and Minaj featured.

• The main point of the article is that Hyden considers Jost to be a "company man" who isn't very funny because he has no particular point of view. He makes no effort to be anything but "pleasant" and slightly frat bro-y in his comedy.

• It's unclear if Che was upset about the way Hyden wrote about Jost, or if he was upset that Hyden said that Che was "slightly edgier" and "generally funnier" than Jost.

Um ... Che went in and changed my Wikipedia page apparently. This is officially weird! pic.twitter.com/X8EUBFlQhc

• Like he's done so many times before, Che took to Instagram stories to complain about the article.

• This time he went on a post-and-delete spree where he "jokes" about Hyden being into bestiality. At one point, one of his followers sent him a screenshot of Hyden's Wikipedia page that had been changed to reference Che's joke.

• This isn't the first time Che has used social media to harass and/or belittle other writers (most of them women).

• A number of female critics, writers, comedians, and editors talked to Jezebel the stories of Che finding their critical articles and tweets. Many (op included) would call this targetted harassment. Che insists that these critics should expect a comedian to fire back at them.

ontd, will you still like me when Michael Che screenshots this and tries to doxx me on his insta story?