Naomi Campbell and Liam Payne were all over each other at a motor racing event – but they would not pose together https://t.co/pjY8WwVAwo

Supermodel Naomi Campbell, 48, and former singer Liam Payne, 25, attended a Formula E event in Hong Kong over the weekend. The two were reportedly seen “all over each other” and dined together at BOSS | EMOTION Club before the event. The two stopped interacting with one another “when the formalities started, including pictures with the organisers and sponsors, they split off and would not be seen together.”

Patriot Act's Hasan Minhaj talks about how streaming has spread American hip hop music worldwide and how artists like Lil Pump and Childish Gambino have spurred social and political movements outside the United States.

Feel like you've been getting more annoying automated spam calls lately? According to John Oliver, that isn't by mistake.

.@BTS_twt are releasing a new album next month https://t.co/Lnz8woqqPg

This morning BTS announced their latest album entitled "MAP OF THE SOUL: PERSONA" will be released on April 12, with pre-orders beginning this month. There's basically no other info, but OP is PUMPED.

ONTD, what concept are you hoping the comeback is? Personally, I need another slightly thotty era a la BS&T.

2 Chainz & Ariana Grande team up on the song and music video for “Rule the World.” The clip was directed by Sebastian Sdaigui and sees the two in an underground jazz club. The song samples Amerie’s “Why Don’t We Fall In Love” which originally samples “I've Got You Where I Want You” by Dave Grusin featuring Jim Gilstrap.

When Israeli celebrity Rotem Sela made a post on her instagram writing "When the hell will someone in this government broadcast to the public that Israel is a state for all its citizens. And every person was born equal. Arabs, too, God help us, are human beings," Israeli Prime Minister Benjamin Netanyahu responded in his own post "Israel is not a state for all its citizens. According to the nation-state law that we passed, Israel is the state of the Jewish people — and belongs to them alone."

Gadot came to Sela's defense with her own message, "Love thy neighbor as yourself. This isn't an issue of right or left. Jew or Arab. Secular or religious. It's an issue of dialogue. Rotem, my sister, you're an inspiration to us all."

Back in season one/two, Lucy Hale was a self professed Riverdale fan and even responded to rumors that she'd be joining the cast of the show.

Me: "I've got a million things to get done."
Me: "let me go do the quiz that tells me which Riverdale character I am"

Also , there’s a rumor I’m joining Riverdale. Not true. Love the show, but not true 🤷🏻‍♀️

And now, after both showrunners of the Katy Keene spinoff (Robert Aguirre-Sacasa and Michael Grassi) and the director of the pilot (Maggie Kiley) have followed Hale on Instagram with a mutual followback, her casting as the titular Katy Keene has been announced. Katy Keene is described as a big-hearted, independent gal living in NYC with aspirations of becoming a fashion designer. Until then she works as a personal shopper at a luxury department store.

She's also recently dyed her hair back to black on the eve of filming for the pilot.

She leads a cast of Ashleigh Murray as Josie McCoy, Jonny Beauchamp as Jorge "Ginger" Lopez, Julia Chan as Pepper Smith, and Camille Hyde and Lucien Laviscount as Alexandra and Alexander Cabot.

Compared to its sister shows, Katy Keene is supposedly just about four friends trying to find love and success in New York City. It's also set in the future aka it does not take place at the same time as Riverdale.

At least 39 people have been stabbed to death in the UK since the start of the year. Read the full story here: https://t.co/jrXhxR9fEj pic.twitter.com/yvho4BA8Hi

- Knife crime is a serious issue in the UK

- Elba went on Instagram to share some statistics and told that anyone that felt the need to stab someone, should turn the knife on themselves. "Because you're just going to stab your future if you go and stab someone else. You become a murderer, you go to prison, you ain't got shit. For what? For some beef that lives within your community."

ONTD, tough love or a bit too tough? 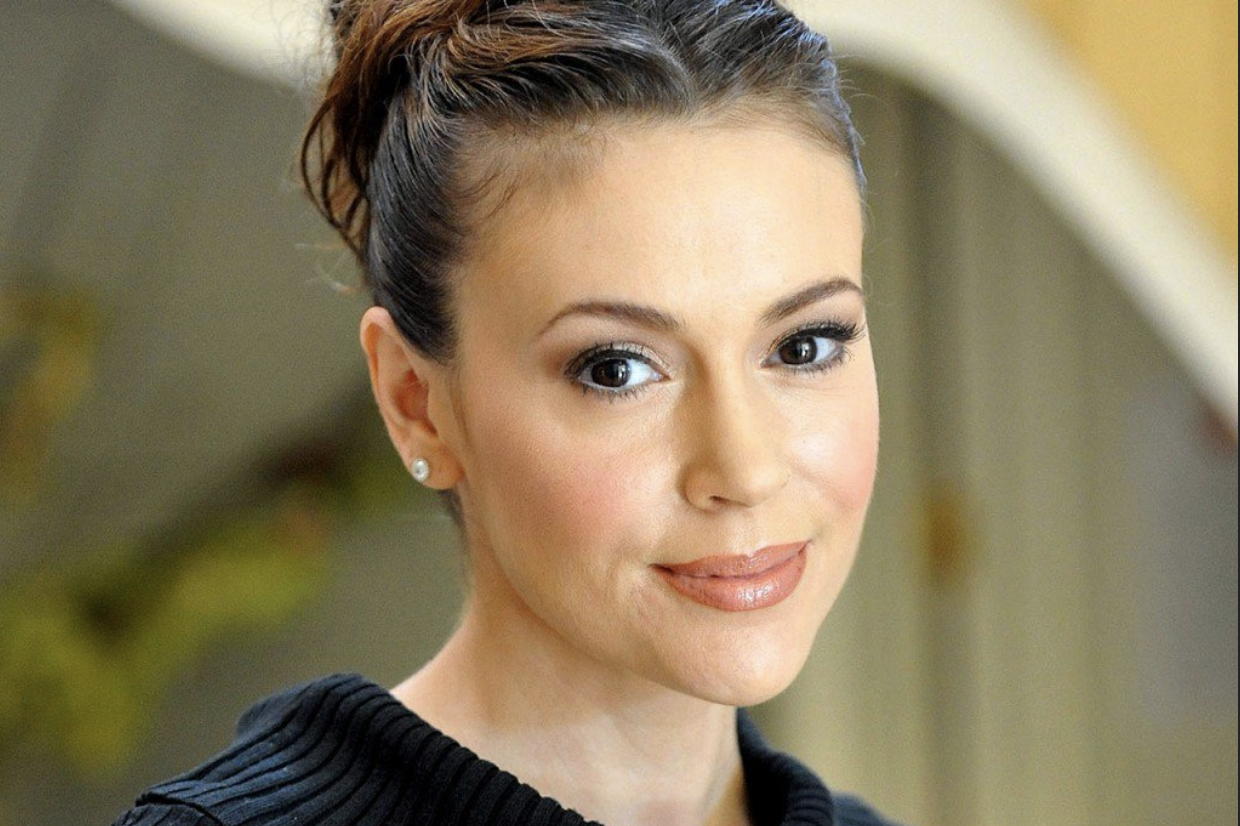 On International Women’s Day (March 8), Alyssa Milano tweeted that she was marking the day by celebrating her “transgender sisters.” In response, someone asked if she was trans, to which Milano responded:

“This is a subtle truth. Whatever you love, you are.” -Rumi ❤️

She posted an apology of sorts after many responded negatively to the message:
[Her apology]

I’m glad this tweet invoked conversation. I’m so sorry it offended some. I see you and hear you. But just a reminder, empathy is not a bad thing. Nuance is important and literal interpretation is not always intended. And I can identify with and not identify as. Both are powerful.

The great Rumi quote was my intention! https://t.co/IKNYs76dNg

Many pointed out that her apology fell short and that the Rumi line she quoted was sourced from a poem about greed, negating the meaning she intended when read in context.

source
Two academic superstars and best friends who, on the eve of their high school graduation, suddenly realize that they should have worked less and played more. Determined never to fall short of their peers, the girls set out on a mission to cram four years of fun into one night.

I will not be taking questions. https://t.co/keSJ23IhRN

It started yesterday when a Twitter user (@KevOnStage) uploaded a video of him ranking the chips inside of a Variety Pack from Frito-Lay. The tweet blew up so much that even actor Chris Evans got involved and ranked them himself. Do you agree or disagree with him? How would you rank these particular flavors? 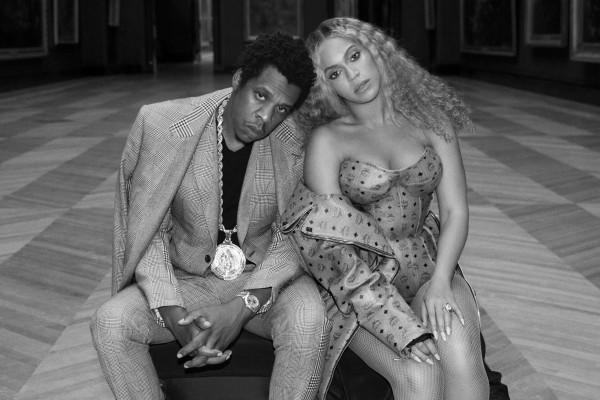 Beyoncé and JAY-Z will be honored with the Vanguard Award for their LGBTQ allyship at the 30th Annual GLAAD Media Awards in Los Angeles on Thursday, March 28. The Vanguard Award honors those allies who have made a significant difference in promoting acceptance of LGBTQ people.

Congrats to Chance the Rapper and Kirsten Corley on getting married 💕💍 pic.twitter.com/UMHPUp3Hsr

Chance the rapper tied the knot with his childhood crush and mother of his child, Kirsten Corley.

So much love! Congratulations to @chancetherapper and Kristen Corley on the wedding, may your marriage be fruitful!👰🏽🤵🏽💍

Presley was arrested for drink-driving in January https://t.co/Uogkhl4nWL

· Cindy Crawford's 19 y/o model son Presley was charged with DUI on Thursday, two months after being arrested in Beverly Hills when he was pulled over for speeding and failed a sobriety test. His blood alcohol level was .08, which is considered legally intoxicated in California
· If convicted, Presley is facing a $1000 fine and up to six months in jail. After his arrest, his lawyer said he's taking the incident seriously

The couple celebrated their nuptials in front of family and friends including Michele’s Glee co-stars Darren Criss and Becca Tobin, as well as her Scream Queens co-star Emma Roberts.

From Polly Pocket earrings to pastel hair clips, Millennials are finding a welcome escape in clothing and accessories that remind them of their youth. https://t.co/y3ibj0yEp0 pic.twitter.com/v53p9iDC7z


- Millennials prolonging their youth with escapist purchases.
- Escapism has becoming a major trend, with several brands doing childlike runways (Jaquemus, Vaquera, Tomo Koizumi among others are mentioned in the article)
-The gentrified portion of New York’s Chinatown, Dimes Square, has seen "Nineties butterfly clips become as ubiquitous as oat milk."
-It's happening everywhere in the design world, not just fashion.

Do you soothe yourself with escapist purchases, ONTD?

The Rook tells the story of Myfanwy Thomas, a woman who wakes up in London with no memory of who she is and no explanation for the circle of dead bodies around her. When Myfanwy discovers she’s a high ranking official in Britain’s secret service for people with paranormal abilities, she’ll have to navigate the dangerous and complex world of the agency to uncover who wiped her memory and why.

John says that Wade Robson is lying about being abused by Michael Jackson because he had his chance in 2005 as a grown man who "wasn't a wallflower and already broke up Britney Spears and Justin Timberlake" to testify against Michael during a criminal trial and could have become a multi-millionaire and hero by telling the truth and that his last chance was when he died because his abuser was dead and he had nothing to fear, but he went in the opposite direction and praised Michael and wanted to be in tributes for him.

Brandi, daughter of Jackie Jackson, says that Wade couldn't have been abused by her uncle Michael because she was dating Wade for over 7 years from age 12 to 20. She also said that Michael was like a child and would sit at the kids table with the nieces and nephews at family dinners instead of the adult table, so watching movies and falling asleep in the same bed was something normal for him like Malcaulay Culkin, Brett Barnes, and previously Wade have said.

Taj, son of Tito Jackson, says that Wade couldn't have been abused from age 7 to 14 because he was dating his cousin Brandi from age 9 to 18 in one interview and 7 to 14 in another interview. Taj also says that he thinks James Safechuck is so haunted and distressed in all his interviews from lying that he thinks he will crack and tell the truth.
( Collapse )
Source: 1, 2, 3, 4, 5, 6, 7

Carter – whose brother Nick Carter is also an accused rapist - tweeted a list from the internet on the inconsistencies in Robson's allegations against Jackson.

Are they going to find Colton?

Will he track down Cassie, who has zero interest in him? Or will he propose to a backup?

-Representatives for the theater call the screenings “sex positive”, saying they encourage a dialogue about sexual double-standards and insisting female employees are supportive of the decision

-The claim that “Slut Only” screenings uplift female voices and opinions on sexual politics is an interesting take, especially as Alamo isn’t best known for that decision when sexual harassment is concerned

As part of the I Am Not Ok Movement, Evan Rachel Wood talked about the abusive relationship she was in and how she still doesn't feel safe. (trigger warning for abuse and self-harm)

A post shared by Evan Rachel Wood (@evanrachelwood) on

Tensions between the women, Boomer, and Mary Pat reach a boiling point. Meanwhile, Beth must intervene when Kenny gets in trouble at school.

The Act is a seasonal anthology series that tells startling, stranger-than-fiction true crime stories. Season One follows Gypsy Blanchard (Joey King), a girl trying to escape the toxic relationship she has with her overprotective mother, Dee Dee (Patricia Arquette). Her quest for independence opens a Pandora’s box of secrets, one that ultimately leads to murder. The Act premieres on Hulu on March 20.