Anda teams up with R.Tee in “What are you waiting for” her first comeback title after joining YG (rumor has it, that this track was intended for Blackpink)

-Life is insane, but that's just the way we like it. Now Apocalypse premieres March 10 (aka TODAY) on STARZ.

Just finished the first episode and already in love with it.

How many pokemon can you see in this new #DetectivePikachu movie poster?🤔 I count 12! 😎 pic.twitter.com/MNSN6WCEC8 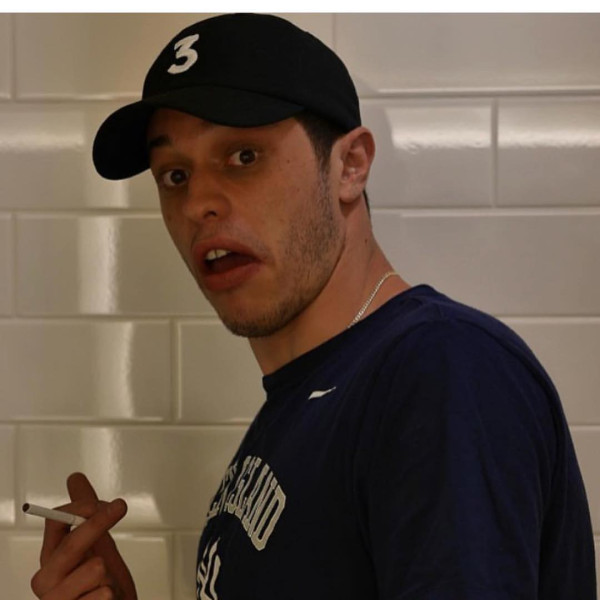 "Before I continue, this guy is a monster and he should go to jail forever," Davidson began. "But if you support the Catholic Church, isn't that the same thing a being an R. Kelly fan? I don't see the difference. Only like one's music is significantly better."

The host Mike Boudet seems to get off on gore, is anti-women, homophobic, transphobic, calls everyone a psychopath, and just recently outed a rape victim's full name.

Wondery announced that they were done with him after he posted a violent anti-women meme on International Women’s Day. (x)

"US" was not the only film to make a big splash at this year's SXSW in Austin. The cast of Long Shot think that their "more creepy than romantic" comedy fares better in the theater than on streaming.

There's typical guff about 'room full of people shared experience thing' to try and persuade you to spend money on a movie about a loser schlub and beautiful woman (Will they get together??????????? Inquiring minds don't want to know) and the death of the mid-budget movie being financed for theaters.

“I think it’s a good thing we have all different formats … it’s not 20 years ago and there’s only one way you can do it. That freedom has opened up for more interesting filmmakers, and for people to actually see their movies,” said Theron, who produced this, as well as "Tully" and the criminally underrated and awesome "Atomic Blonde".
Rogen doesn't really care about the Awards For Netflix debate because “As someone who never gets nominated for any awards anyway, I don’t give a f— how to deal with that,”, and his returns have been consistent enough so that studios keep giving him money to make nonsense (Though he did not direct this movie)

Do their thoughts entice you to see 'loser and competent woman relationship' for 16$ at the cinema? What was the last non-blockbuster movie you saw at the movies?*

The new album, 'My Happy Place' is out April 12th.

The British actor frequently puts on an American accent for his roles, but in this episode of “Slang School,” Freddie Highmore returns to his roots and teaches you British Slang.


ONTD, what kind of slang do you use in your everyday life?

Stars are releasing singles faster than ever. That’s a problem for radio https://t.co/H4aW1OsDHw

-Pop radio program directors find that they are being buried under Ariana Grande songs, which seem to be released every Thursday
-They are finding the same issue with Cardi B, who has 3 hit songs right now and a 4th coming ft. Bruno Mars
-The issue here is how can they still play the songs, while spreading them out evenly so that people don't complain?
-They long for an era like when Katy Perry's Teenage Dream album released a single every 3-4 months
-They are wary of "hot person syndrome" - meaning there will be backlash if they constantly play a single artist
-Radio might be forced to take a "streaming music" approach, but 10 percent of tracks account for 99 percent of all streams in 2017

ONTD, do you still listen to the radio?

'Who Let The Dogs Out?' Doc Offers Fascinating Look at the Origin of the Baha Men Hit https://t.co/8p3TdeABtE

New Yorker Ben Sisto (Whose name sounds vaguely familiar so if he's pulled some shit, don't @ me bc I didn't know) has been obsessed with finding out who truly owns the song, made popular by the Baha Men.

I really hope someone picks this up and it gets distributed.

I officially hate Orlando Bloom, who in the world carries their their pet like this, and then rides off in a motorcycle with their dog stuffed in a bag!?!? pic.twitter.com/hUFRqxgJ3l

Trash bucket, Orlando Bloom was spotted carrying his little pup, Mighty in a bag as he rode his motorcycle to the Brentwood Country Mart.


And yes it's him there's more pics on JJ

Nicki Minaj has taken to Instagram to apologize to her fans for cancelling yet another show on her tour, this time in Bordeaux, France.

She says the arena didn't have enough electricity to power her show, the second time she uses this excuse. Fans were pissed after waiting 2 hours for her to come out when her team told them the show was cancelled. They then started chanting "Cardi B, Cardi B" as they were leaving. There were only 5K people at the venue apparently.

Nicki fans were further angered after video showed her at Funfair in Bordeaux when she was supposed to be performing. 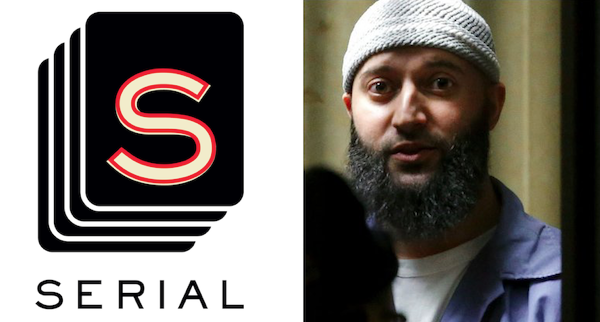 Adnan Syed has been denied a new trial by the Maryland Court of Appeals in a 4-3 decision. He began serving a life sentence in 2000 after being convicted of murdering his 17-year-old girlfriend, Hae Min Lee. His case rose to fame after the NPR podcast "Serial" did a season about him.

Timed to coincide with this announcement, HBO has a new documentary airing tonight called The Case Against Adnan Syed. 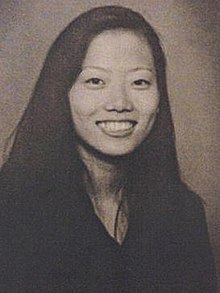 True crime post. Do you think Adnan is guilty? 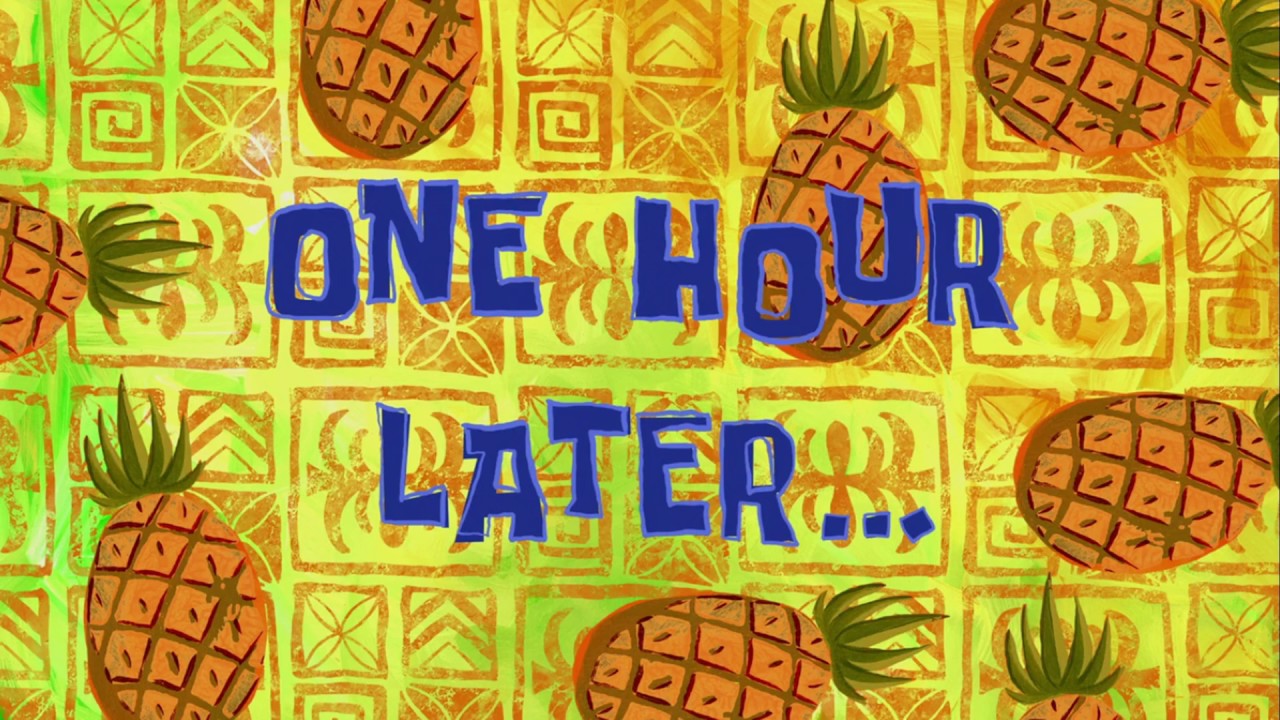 ONTD, for those affected by the change, are you pissed you lost an hour of sleep or are happy you gained an hour of daylight?


Chris Evans took a trip to Washington, D.C. this week and he met up with Rep Dan Crenshaw, who showed the actor his Captain America glass eye.

A VERY cool use of vibranium https://t.co/zv5L9hqqTl

-Fiona's been a mother to all her siblings and wanted to be true to the moment when you realize you did a good job.
-Felt like Ian was the right one to tell her that her job was done and she should do what she wants
-Will learn where Fiona went next season.
-Doesn't know yet what's in store for Ian and Mickey.

TYGA is showing off long and smooth straight locks.

In the video, viewers can see Tyga's new shoulder length style, as his hair is being combed by his hairdresser

*trivia according to IMDB

THAT THING YOU DO!

* Tom Hanks was reluctant to hire Tom Everett Scott because he felt Scott looked too similar to Hanks' younger self. Rita Wilson, Hanks' wife, convinced him to change his mind because she thought Scott was cute. (good call, rita! tom is cute as hell in this movie.)

I thought we could use a cute, possibly feel-good Sunday night post. Hope you all have a good upcoming week!

Bieber posted on his Instagram page a 2016 photo of himself while embracing and praying with Kanye West and manager Scooter Braun.

Also on Saturday night, Bieber posted on his Instagram Story videos of the his wife doing laundry pantless and playing with their dog, Oscar.

A source told E! News last month that Hailey has been "doing whatever she can to help" Justin and has been going with him to appointments and meetings.

"She's very involved in his plan of action and making decisions. She's the rock right now and he goes to her for everything. She listens and is always there for him"

The couple were engaged in May at the Royal Hawaiian Waikiki, via @johnnykats https://t.co/HlhqRteDmZ

Watching World of Dance watching J.Lo text Alex Rodriguez little does she know that he is cheating on her with my ex-wife Jessica poor girl she has no idea who he really is

He is claiming Alex Rodriguez is cheating on JLo with his ex. JLo and ARod just got engaged.

CBS executives are considering a potential change that could send at least two of the show’s four anchors to other spots on the network.

John Dickerson may end up covering politics at 60 Minutes.

Executives are considering putting Norah O’Donnell in the anchor's seat at CBS Evening News (making her the fourth anchor in eight years) & possibly relocating the show to Washington, D.C.

Gayle King is in contract negotiations with the network & a future restructured CBS This Morning may be centered on her.

-Charmed 1x15 "Switches & Stones" Season 1 Episode 15 Promo - FREAKY FRIDAY — Maggie (Sarah Jefferey) shows Macy (Madeleine Mantock), Harry (Rupert Evans) and Charity (guest star Virginia Williams) the strange room under Vera Manor but they quickly learn just how dangerous it is when Mel (Melonie Diaz) and Maggie switch bodies and powers. Macy turns to The Elders for guidance about how to overcome her inner demon, which in turn leads her to have an eye-opening experience. Meanwhile, Maggie learns the secrets that Mel has been keeping from her sisters. Nick Hargrove also stars. Claudia Yarmy directed the episode written by George Northy (#115). Original airdate 3/17/2019.

As we all know, by the time is film is shot till the final cut is locked in, there are a bunch for scenes that don't make to to screen. We will have to wait till the DVD release to actually see them but for now, here are some details about a few scenes that we know have been cut from Captain Marvel.
[spoilers obviously]
1) Ronan and Yon-Rogg 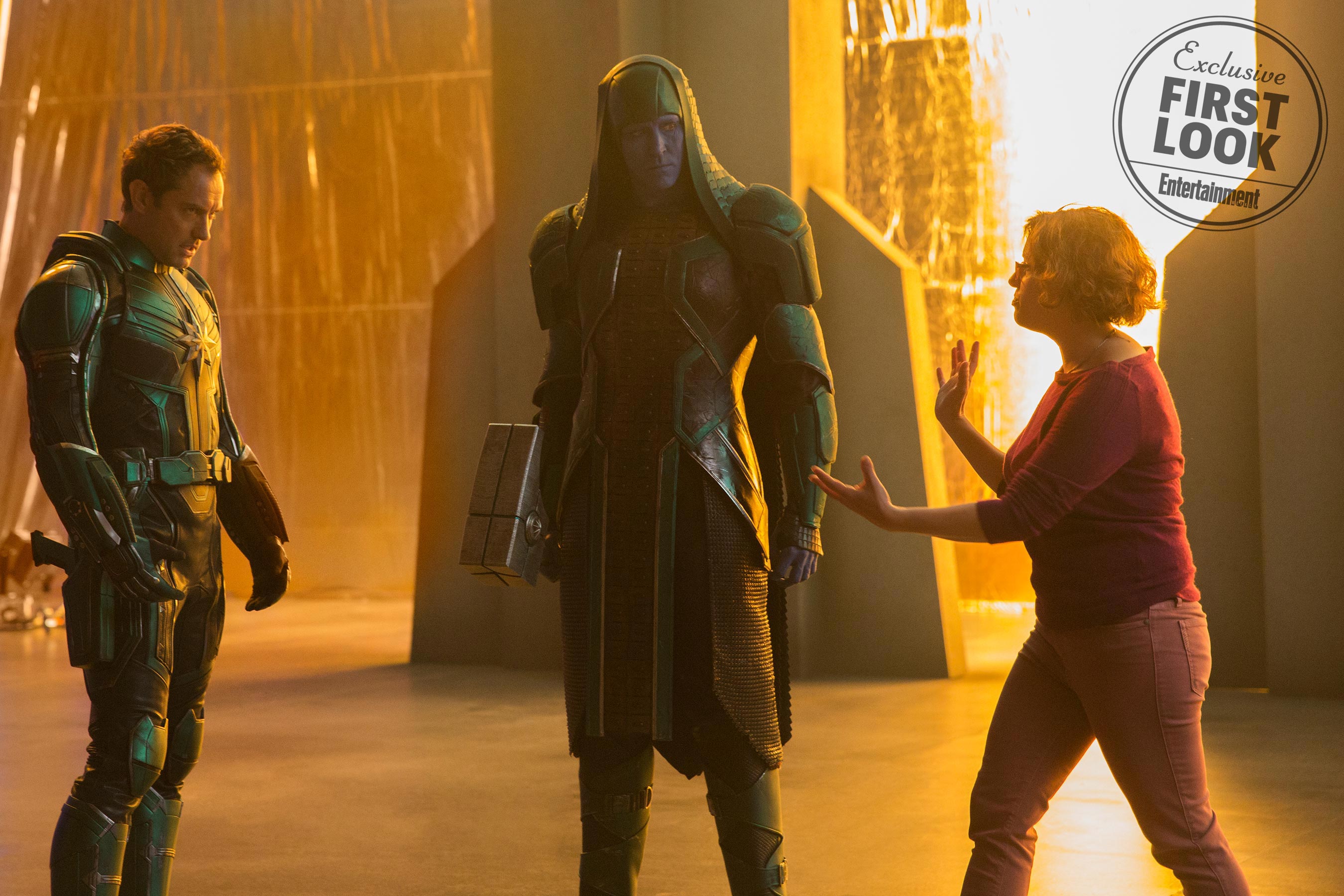 When Entertainment Weekly revealed the first look photos from the movie back in September, there was a BTS photo of Anna Boden directing Lee Pace (who plays Ronan) and Jude Law (Yong-Rogg) for a scene. That scene did not make it to the final cut, and in the movie we got, Yong-Rogg and Ronan never actually come face-to-face, instead talking to each other hologromams. From this 2nd photo released, which shows Starforce walking by Ronan, this scene takes place as they leave for their first mission in the start of the movie.

3) Carol and Supreme Intelligence
According to the same redditor, almost a third of Carol's second interaction with Supreme Intelligence was cut. You might have noticed that the memorable (for me at least) line from the 2nd trailer which SI says to Carol "We made you one of us, so you could live longer, stronger, superior." wasn't actually in the movie. Apparently, the scene as shortened because TPTB felt that it dragged on a bit.

Additionally, directors Anna Boden and Ryan Fleck teased a "really kind of fascinating, bizarre, fun scene that didn't make it into the final film" in an interview.