You know those famous DC reshoots? They happen on TV, too. Here's how Titans got changed by additional photography. https://t.co/FifaCCiVvx pic.twitter.com/GHwR4HO8a5

Titans saw significant alterations. Characters drop in and out of focus, arcs aren't quite resolved, and there are a few moments that are confusing rather than effective.
Titans was subjected to extensive reshoots, which cut an original 13-episode first season down to just 11 episodes.
The story seems to have been compressed and refocused. The original season finale has been "cannibalized" to become the season 2 premiere.

• the reshoots led to an increased focus on Brenton Thwaites' Dick Grayson, strengthening his character arc and essentially making him the star of the show. This change in focus made Batman the main villain of Titans season 1.

• the Trigon plot, which was ostensibly the A-plot of the entire season, was compressed and ultimately left unresolved.
there's some evidence he was defeated in the original season finale.

• early episodes titled 'Starfire' and 'Rachel' were cut down into a single episode, 'Origins'.

• 'Asylum' was originally called 'Angela', suggesting a bigger focus on Raven's mother, which makes sense with an original focus more centered on Trigon.

• Beast Boy's seems to have been truncated; he's almost entirely absent from the first few episodes, there was an extended subplot building up to 'Doom Patrol', which was originally episode 5 but got moved forward.

Soulja Boy Has Stopped Selling His Consoles On Store Due To A Potential Nintendo Lawsuit https://t.co/RT0oHtxw8u pic.twitter.com/Yju7X3WSoD

After being confident Nintendo wouldn’t do anything about his emulating machines, the rapper has taken them down from his site due to an impending lawsuit from the Japanese company Have you ever been stubbornly wrong even tho everyone else told you so?

- 'Once Upon a Deadpool', Deadpool's limited PG13 Christmas Special had a limited run a few weeks ago and Stan had a post mortem cameo in the post credits scene.
- Get your tissues ready.

Have you seen Jupiter Ascending? You really should skip it, except for one thing: Eddie Redmayne's what-the-fuck performance as an evil space dictator. His over-the-top performance became a meme, and he won a Razzie for Worst Performance.

Now, he gave an interview to explain himself. Apparently his character had his larynx ripped out by a wolf man. But we know the truth: Balem Abrasax was an over-the-top diva.

Fav bad performance in a movie or TV show?

It's that time of year: To remember the trashy fabulous queens of Rock of Love who came before us. This post will catch up with the most memorable gals of Season 2 and Rock of Love: Bus. 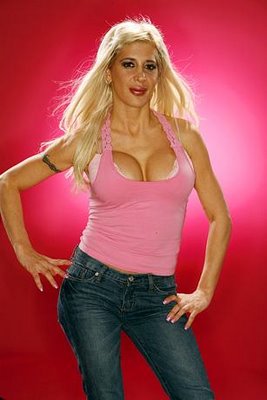 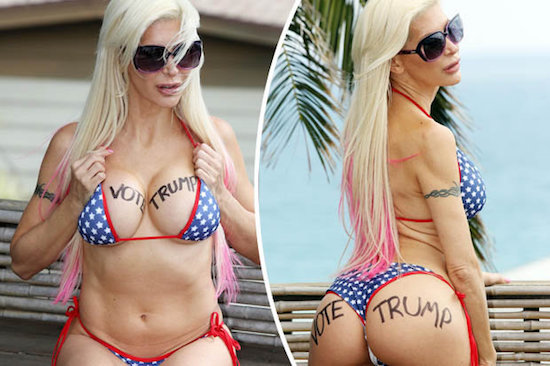 Open to: All, detailed results viewable to: All. Participants: 31

Open to: All, detailed results viewable to: All. Participants: 30

#Aquaman is King of the Box Office Seas for a Second Weekend in a Row https://t.co/us1o1qh3xl pic.twitter.com/4hFoL1NdlO

Taylor Swift & boyfriend Joe Alwyn made a rare appearance out together today as they were seen holding hands in NYC: https://t.co/IO3089nFDU

Taylor Swift and boyfriend Joe Alwyn were spotted in NYC over the weekend. According to fan sites, the couple may have spent Christmas together in Glin Castle in Ireland.

📷 | Taylor Swift and Joe Alwyn out and about in NYC — December 30th 2018 pic.twitter.com/CRHnMEofrh

Bre Payton was a conservative writer who made regular appearances at Fox news and other channels. Payton was found "unresponsive and barely breathing" Thursday. Later, she was diagnosed with the H1N1 flu and meningitis.

She recently appeared on Fox News to criticize media coverage of Melania Trump, calling it sexist. Years ago, she made this tweet about vaccines:

Did you get your vaccines from the devil, ONTD?

- Grande has turned down the offer of Damehood in respect for her fans affected by the Manchester bombing
- She believes it's "too soon" to take on the honour.

- "An insider explained: “Ariana was flattered but said it was too soon. She explained she was still grieving. So were scores of families.
“She feared some affected might see it as insensitive. The committee wrote to her but she politely said no.”

Another source explained: “She was deeply moved and honoured. She didn’t decline it as such but explained it was not the right time to accept.”

@justinbieber commented on a picture of my car! he said “burn it”! pic.twitter.com/ZTPztQFi3y

Jojo posted a picture of her ugly car on instagram and Bieber responded with, “Burn it.”

While at the airport in Australia, Cardi B’s publicist lost her patience with a woman who told Cardi, “no wonder your husband left you” after she didn’t take a photo with her. pic.twitter.com/WiMaAorRVR

- After a 10-hour flight to Australia, Cardi covered her face upon landing & didn't speak - which angered the mobbing paparazzi.
- Paps were warned to follow the rules & not mob.
- In a later Insta-live, Cardi said she felt "sickened" with the undertones when a "white male" paparazzo shouted in response, "You're in Australia now! You're playing by our rules. Let's be clear on that!."
- They continued taunting: "Why the blanket, Cardi? Having an identify crisis or something? Give us a picture!"
- She said of the incident: "It don't sit well with me when a white man tells me that shit."

- A white woman with a camera also asked to take a photo with Cardi, but was rebuffed by her entourage.
- That woman then insulted Cardi: "No wonder your husband left you!"
- Cardi's publicist Patience went off on the woman.
- Cardi later said she was uncomfortable when the woman started to "act like the victim" with exaggerated mannerisms.
- "We be looking like fucking animals because people provoke you and say vile shit... Is that how you see colored people?"

- "I just want to go home."
- She wanted her mom to fly to Australia for New Year's but was glad she didn't.

- Australian headlines accused her of having a "diva tantrum", "covering her head" & "snapping at photographers".

A note about the nominations: I aimed for 5 for each category. If there was a 2-way tie for the 5th slot, I included 6 options. Some categories didn't have many nominations, and in these, I did not include nominations without any +1's.

Feel free to campaign for your faves, make this a FFA, or w/e

Louis CK is being accused of "punching down" after footage leaked of him telling jokes about non-binary people and school shooting survivors. https://t.co/1fL3szOUqG

Audio of Louis C.K.'s stand-up "comedy" leaked over the weekend in a conservative-style “young people are too sensitive” bs routine.

After her recent incarceration and health issues, Abby Lee Miller is back for season 8 of Lifetime's Dance Moms. Miller announced on Instagram that filming for season 8 would begin at the end of January.

Wait, did you hear that? #doctorwho pic.twitter.com/E0jUtfPwx6

Clues from the upcoming New Year’s special episode of Doctor Who suggest the series is returning to familiar villains. https://t.co/eyUFZsDdr0

Queen 13 & Fam return on New Year's Day for their biggest adventure yet, so tune in! 💙