Rock says about CK, “He’s the blackest white guy I fucking know,”
Louis interrupted, “You’re saying I’m a n—er?”
Rock answered with a laugh, “You are the n—erest fucking white man I have ever…”

Note how proud Ricky Gervais was of the fact he used the n-word. And Louis CK basically said he’s one because black folks ain’t shit. Chris Rock is getting crucified, but those other two deserve massive smoke.

A new series of 'Haikyuu' has been announced at Jump Fiesta 2019. It is not currently known if the new series will be a continuation of the manga or a completely new story. A kickoff event has been scheduled for September 22, 2019. No official release date for the new season has been giving.

ONTD have you caught any songs this year that sound a little TOO familiar to something else?

Yes, is that time of the year again!

9. Ian leaves Shameless.
After 9 seasons, Cameron Monaghan surprisingly left Shameless. Luckily, the move had been planned in advance so they gave him a sort of proper ending. After many years of shitty storylines, ending up with Mickey in prison was actually Shameless' version of a happy ending. Debbie's lesbian awakening is also appreciated.

The Stonewall Inn announced Madonna as their 2019 ambassador. And that's sounds about right, 2019 is the 50th anniversary of the riots uprising of LGBT community against the system, and Madonna has always been one of the biggest LGBT allies for so long, especially back in the 80's when no one else would offer a spark.
( Collapse ) 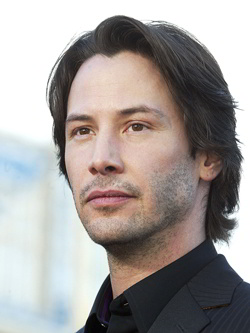 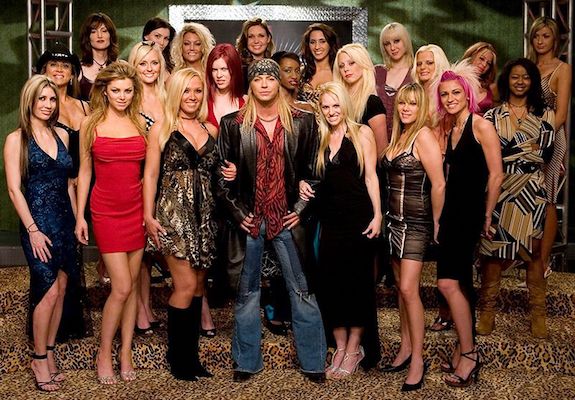 Sunday is the time for ONTD's most important posts. So it's time for a Where are they now: Rock of Love, Season 1.

So, where are the flop iconic chicks of RoL 1?

Open to: All, detailed results viewable to: All. Participants: 62

Time to party like it's 2010! Almost 9 years after its original release (the album came out on January 1st 2010) Kesha's debut album Animal is now certified 3 times Platinum in the US. The record included a string of top10 hits such as Blah Blah Blah, Take It Off, Your Love is my Drug and of course, Tik Tok.

Pose’s Billy Porter to Kevin Hart: “You turn around and oppress other people the same way you’re being oppressed”: https://t.co/FlylYlrBzv pic.twitter.com/QgfUVeAUsB

"People think that words don’t matter. I’m going to get into this Kevin Hart thing for just a second. Because it’s not about you having a joke. That’s not what it’s about. I’ve seen people and I’ve heard people who are not homophobic who do gay jokes. And you can tell that they’re not homophobic.

I think Monique, a long time ago, she did a joke about butt sex. It was a whole thing about butt sex and 'the gays,' you know. And the punchline was something like, 'Yeah, but don’t knock it till you try it!' And then we must stop the person who we know is using a joke, but she’s not a homophobic person. She’s not saying, 'If I come home and my four-year-old son is playing with a baby doll house, I’m gonna break it over his head and tell him it’s gay.'

Orlando Brown shocked fans with a bizarre look and strange statements during an intervention from Dr. Phil.
In recent years, his career has stalled as he's run into trouble with the law quite a bit.
"he has gone from a promising young actor to a homeless mentally ill addict, whose friends fear is near death."

Shockers from his interview:
• "My full name is Orlando Brown Prince Michael Jackson Jr. aka Blanket. My nickname I gave to myself. My father was Michael Jackson, the great Michael Jackson...I used to always wonder why I'm so astronomically blessed and gifted when it comes to being talented. I rap, sing and I do everything immaculately. The eyes. And also just speaking to different Jackson family members that, you know, have confirmed it. So yeah, it's a blessing to know that. I can sit here today and say, that yeah, that Michael Jackson was my father." ( he clarified Jackson was more "a father figure")

• "I want to marry her[Raven-Symoné]. I have to find out a way to ask her. Right now, I'm just chilling."

• "And I'm doing it for my kids as well. Four that I know of. Definitely looking forward to seeing them. I haven't met all of my children yet. I got a 2-year-old, 4-year-old...5-year-old, 8 and 11. Two-year-old still in the belly. We don't know [the name] yet. Honestly, I see them everywhere. But at the end of the day, I barely see them. I don't know them. They don't know me."

At the end of the episode Brown did accept the offer of treatment and has been at a duel diagnosis facility here in California since the conclusion of this interview.

Cardi B explains Offset reunion: "I just had to get fu**ed" https://t.co/C1G9lmhxMh 😳😳 pic.twitter.com/S79TJodkdk

Cardi B is not taking Offset back just yet.
The estranged couple was photographed looking happy as they rode a jet ski in Puerto Rico over the weekend.

The jet ski instructor tricked her into letting him take their picture on his phone and promised to delete it. He then sold the picture to TMZ.
“Let me tell you something about the jet ski ni**a, right? The instructor or whatever the fuck he is–he was taking pictures of us on his phone like, ‘Oh, I’m gonna send you these pictures so you guys can have a memory and I’m going to delete it.’ I’m like, ‘Oh OK.' What type of professional shit is that?”

Cardi explained why she was with Offset in Puerto Rico
“I just had to get fucked. That’s all. I feel rejuvenated, bitch. Bitch, I feel fucking baptized. I feel like a brand new fucking woman.”