Offset posted a video on his Instagram account, begging Cardi B to take him back and that being with his wife and daughter is all that he wants for his birthday. In the video, he publicly apologizes to Cardi for embarrassing her by cheating and disrespecting their marriage.

Cardi has yet to respond.

@drake Never threaten my husband or our family. He paved the way for there to be a Drake.

My husband is the most brilliant person, the most genius person that I know. He has broken so many boundaries, everything from music, stage design, fashion and culture and will continue to change the world.


Kim K jumped into Drake an Kanye feud saying that her hubby paved the way for Drake and that he's the most brilliant and generous person she knows who changed the world.

-On Dec. 14, David Eason, husband of Teen Mom 2's Jenelle Evans, posted a rant on Instagram claiming that Secret Service paid him a visit
-Believes it was because of this IG post of him using a bump stock and hashtagging both Trump and Nancy Pelosi
-Posted videos to his IG stories showing off his "stockpile of ammunition," including multiple types of guns, hundreds of rounds of ammunition, and poison darts
-Castmate Kail Lowry says she reached out to Jenelle but has not heard anything
-Back in October, Jenelle called 911 claiming David assaulted her

mtv is partially responsible for funding this fucking asshole. hope their kids are okay

The Rose family is strutting their stuff in this latest promotional clip for the upcoming fifth season. Schitt’s Creek returns January 8th 2019 in Canada on CBC. The US will have to wait one week for the season premiere until January 16th 2019 on Pop.

Don’t forget that the special Christmas episode airs next week on December 18th (CAN) and December 19th (USA).

Imagine being called Dick Van Dyke in this PC-crazed era?
Poor guy.
He'll have to change his name to Richard Van Non-Binary-Gender-Fluid. pic.twitter.com/rStgEhQl1I

GHOSTING YOUR JOB? There's a new trend of people leaving their jobs without telling anyone or giving notice — the co-hosts weigh in. https://t.co/f8u2wc159S pic.twitter.com/ptyb4fF1UM

According to a recent article by The Washington Post, ghosting is no longer just being done after a bad date. The millennial practice is now making its way into the workplace. Thanks in part to a stronger job market in the U.S., more and more workers are quitting by not showing up to work and “ghosting” their employers without a single word or a 2-week notice. These reports are so high that the Federal Reserve took note of it in its Beige Book. The women on the The View discuss this new trend of ghosting in the workplace. 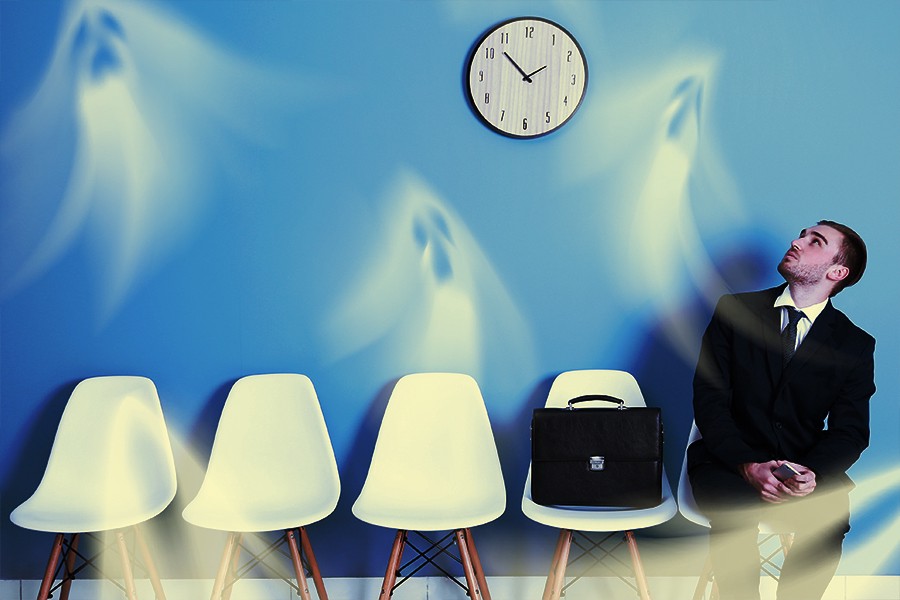 ONTD, have you ghosted an employer? 🤔

• Kaya is replacing Emma Roberts as the lead
• Synopsis: Kat Baker, an up-and-coming, high-level single skater is about to turn in her skates after a disastrous fall took her off the competition track. When Kat seizes an opportunity to continue her career as a pair skater with a talented bad-boy partner, she risks exposing a fiercely kept secret that could unravel her entire life. On and off the ice, Kat and her new partner will face daunting odds, injury to body and soul, financial sacrifice, and even potential mental breakdown on their way to realizing their Olympic dream.
• Netflix ordered 10 episodes
• The series was created by Samantha Stratton

♪2 Days of Being the Host of the Oscars♪ 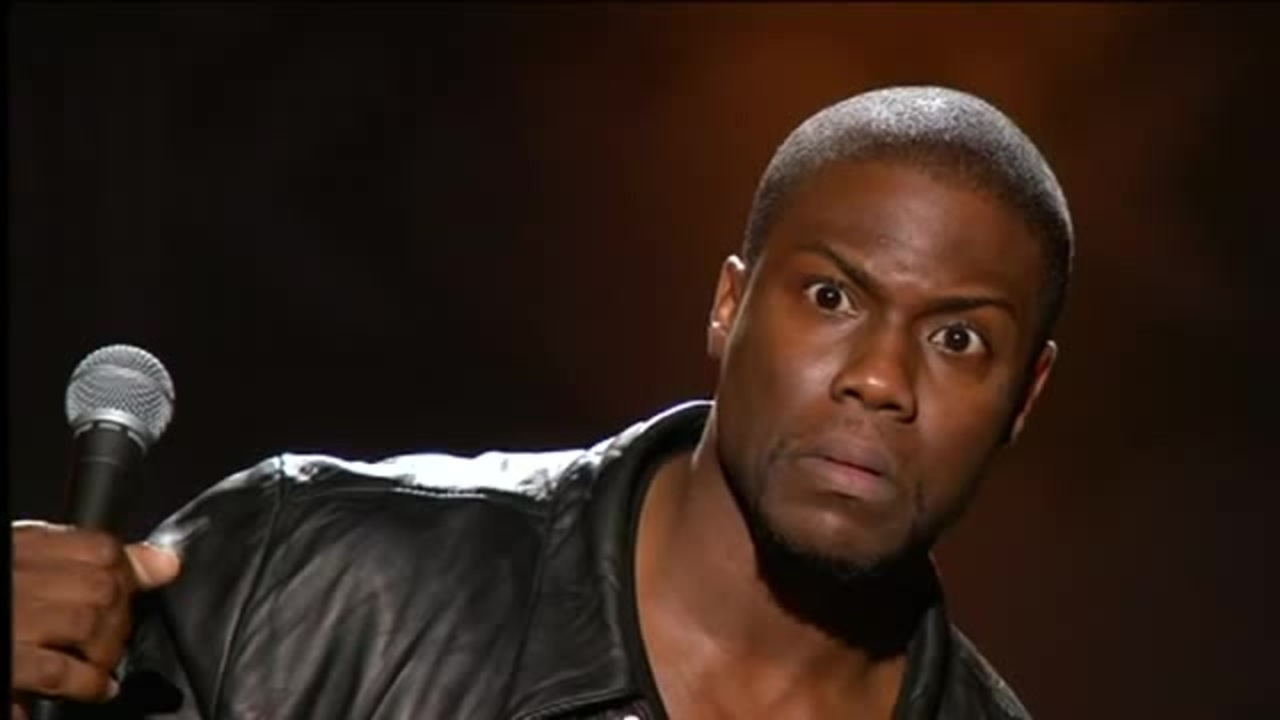 We can be so insensitive. God bless Kanye & Pete. Being flippant about mental illness speaks more about you than them. Stop saying the word love & live it. Love is an action.

It started when Nicky Minaj tweeted support to both Kanye West and Pete Davidson for their mental health problems.

Then she tweeted this...

Y’all did the same thing to Mac Miller until he died. The #FakeBandWagonHate

Due to these tweets, people started insinuating that Ariana Grande and Nicki were no longer friends or on good terms. So then Nicki tweeted:

Ariana is my sister, y’all can’t & wont come between us. Go awf

Pete Davidson just posted this on his verified Instagram account. If you know him, I hope you’ll give him the love and support he needs. If you don’t, you can still give him support. https://t.co/osNU2MdppU pic.twitter.com/IIlfC38BqY

Good vibes to him, I hope he pulls through.

Milo Ventimiglia couldn’t get a job for a year after "Heroes" https://t.co/SCNSqyn4yZ pic.twitter.com/3USlLRKrGa

Milo Ventimiglia almost quit the acting business when he couldn’t get a job for a year.
Ventimiglia starred in “Heroes” from 2006-2010, admitted he was close to moving to Italy before landing a role in the movie “Static,” which was released in 2012.
Sticking through the rough patches worked out for Ventimiglia, who’s been nominated for two Emmys for his role on NBC’s hit show “This Is Us.” 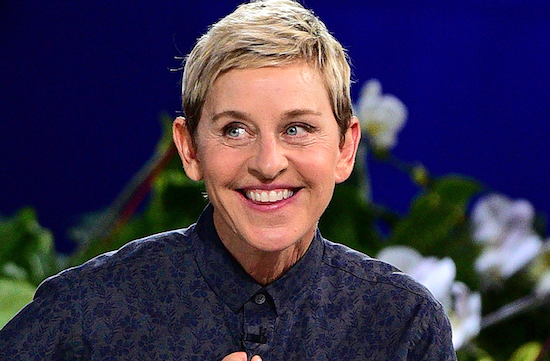 Ellen DeGeneres on rumors she’s difficult: ‘If someone is saying that… it’s an outright lie’ https://t.co/QufwJVboIX

Ellen Degeneres has a reputation as one of the nicest people in Hollywood, but there have still been rumors that she is secretly mean. Ellen denies that she is "difficult" to work with. She says:

“That bugs me if someone is saying that because it’s an outright lie... The first day I said: ‘The one thing I want is everyone here to be happy and proud of where they work, and if not, don’t work here.’ No one is going to raise their voice or not be grateful. That’s the rule to this day.”

Do you think Ellen is secretly mean, or the victim of a sexist rumor? 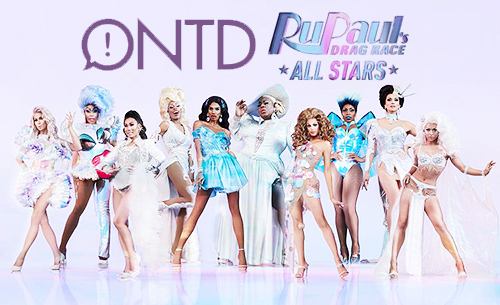 - The new episodes air on Fridays, and will be available every Saturday on Netflix
- 10 queens are competing
- First main challenge was the talent show
- Highlights were [Spoiler (click to open)]Gia's kabuki performance, Farrah Moan falling on her ass, Naomi getting praised for walking and posing, Trinity proving once and again she's hilarious

2019 marks the 80th Anniversary of The Wizard of Oz! Follow the yellow brick road once again and experience the magic on the big screen in select theatres on Jan 27, 29, & 30 as part of TCM Big Screen Classics film series. Get your tickets here: https://t.co/4kOztd59nV pic.twitter.com/aA6qYhsK1p

- Warner Bros. will screen the landmark 1939 film "The Wizard of Oz" in select theatres next year. The screenings, happening on Jan. 27, 29-30, will include special commentary from TCM.

- Find out if the film will screen at your nearby theatre on this link.

Are you somewhere over the rainbow, ONTD?

I know Ariana said this to be cool and didn’t mean no harm but I don’t like even slightest level of slight commentary from someone I know loves and respects me pic.twitter.com/T9VXaIj9MX

The movie is old... but i was asked and I stick by what I said. I also take issue with other parts of the movie too! — 'Queer Eye Star @Karamo thinks 'Call Me by Your Name' is 'problematic' because it glorifies 'predatory behavior' https://t.co/72RgEqd1XZ via @thisisinsider

-"I've worked with many survivors of sexual assault, especially in the LGBTQ community, which oftentimes goes unreported. And so the minute I saw that movie, I thought, 'Here we are glorifying this sort of relationship,'" Brown, who is a licensed psychotherapist and social worker, told INSIDER while promoting his partnership with Ford."

-"I haven't read the book, but I understand that the college student character is like, 19 years old [Editor's note: Oliver is 24 in the book]. And so the relationship between him and this 17-year-old boy — I guess it 'makes more sense,' and I'm doing air quotations there," Brown said. "But there is predatory behavior there that I see, especially in the movie, where Armie Hammer looks dramatically older than this young man."

A judge has granted Courtney Love a temporary restraining order against her former manager Sam Lutfi.

Love accused her ex-manager of incessantly harassing her and her family — via email, texts and phone calls — over money he claims he’s owned for his services.

Lutfi is best known for being Britney Spears’ former manager at the height of her personal troubles in 2008.

It could have been yours for the low, low price of $399. But now it's "sold out", clearly bought up by rabid fans and Soulja's mother.

Sorry folks.
Also, a LAN port? Like, Ethernet? Cat5? Does this machine host online gameplay????
Just like the SouljaGame Handheld and Souljagame Console, this also comes in a package and is based off of a system you can buy for cheaper. In fact, you can buy this on AliExpress, where it has been for quite a while before Souljacon Valley came in and brought it to America.

But wait! The console he's ripping off isn't even an original.

Here's a fellow breaking down the, um, stats, of the machine;

Music legends BTS continued their prosperous homecoming after an incredible year by winning the Album of the Year and Artist of the Year grand prizes at the Mnet Asian Music Awards. It was a tearful Jin who saved the most significant speech for their last speech of the final award:

"The beginning of this year really comes to mind. Early this year, we were quite tired, mentally. So as we talked together, we even considered disbanding. But we really got a hold of ourselves again and to have been able to achieve such great results, I think it's such a relief. To our members who once again got a grasp of their hearts, thank you so much."

Jin, Jimin and J-Hope all cried, but it was Taehyung bursting into tears and then basically sobbing through their later interview. It was semi-disturbing and a pretty decent indication that he was one of the struggling members. Still, they have gone on to have a historic year and signed a new 7 year contract in Oct.

Open to: All, detailed results viewable to: All. Participants: 33

Susie dressed up as a Christmas elf called Jingles.

what did you think of the christmas special ontd?

( You are about to view content that may only be appropriate for adults. )
Collapse