Heather Locklear has been sued following the incident.https://t.co/ZyqHqDd5v6

Jennifer Hayn-Hilton, the EMT who accused Heather Locklear of attacking her in June, has filed a lawsuit against the actress.

The suit alleges that Locklear,“struck, kicked and battered” Hayn-Hilton and stated that she wished her children “would all die of AIDS,” while she was responding to a call at the actress’ home.

In court documents Hayn-Hilton is seeking payment for medical expenses she says she incurred after Locklear allegedly assaulted her. She is also seeking compensation for loss of earnings, suit costs and other damages.

Today, hours before the closing performance of her world tour, global pop star Shakira premiered what might be her last (or second to last?) single of her incredibly successful El Dorado era: the power ballad Nada.

Sources: 1 | 2 | 3
Queen of success with no promo 20 years into her career, I still cannot believe how this half-assed era surpassed everyone's expectations. But Amarillo better be the last single to promote the DVD, or else.

-Its a match made in reality tv heaven as Antoni Porowski is apparently dating Trace Lehnhoff who stars in Bravos Flipping Out as part of Jeff Lewis design team.

Kenya Moore is a mommy! https://t.co/uYF32VPuqF

-Kenya Moore has officially given birth to a baby girl! On the same day that RHOA makes it return sans Kenya!

-Due to preeclampsia Kenya was forced to go into labor earlier then expected.

Demi Lovato has been spotted out of rehab, looking beautiful while leaving a restaurant in Beverly Hills with clothing designer Henry Levy. pic.twitter.com/J8RUUaO34e

Demi Lovato was spotted out and about last night in Beverly Hills getting dinner with clothing designer Henry Levy. There was a rumor that she has been out of rehab for the past week now.

More from #Riverdale's "The Midnight Club as Teen Penelope teaches the gang how to play Gryphons & Gargoyles: pic.twitter.com/NxpTyFrgyx

Last but not last, it certainly SEEMS like two Gryphons & Gargoyles teams facing off during #Riverdale's "Midnight Club", including Teen Daryl Doiley and Teen Marty Mantle on one side: pic.twitter.com/9sYNjtnQ7m

Pulling a Taylor Swift on you guys, Brandon Flowers joined comedian and late night talk show host Jimmy Kimmel in Downtown Las Vegas at a rally for Democratic nominee Jacky Rosen. Yes, you read that correctly. But Brandon is a Republican? #FakeNews

Flowers serenaded the crowd with “Read My Mind” then transitioned into “Home Means Nevada,” the state song. He called Rosen “someone who is defending Red Rock and Gold Butte against unprecedented attacks and trying to keep public lands where they belong — in public hands.”

“surprise bish!
i bet you thought you’d seen the last of me.”

ONTD, have you voted?

After his car broke down in a LA neighborhood, @JustinBieber was spotted mingling, singing and playing basketball with its civilians as he waited for help. pic.twitter.com/PgscafVYDx

Justin's car broke down so while waiting for some help, Justin mingled with the residents.

He sang (off key) some of his music, took photos, played basketball, and...did push ups.

You can see some moments from Justin's visit in the video above.

In the season finale, Frank tries to recruit Mac for the gang’s kickass float for the Gay Pride Parade. It dawns on Frank that Mac will never be secure with his sexual identity unless he comes out to his father.

-After an unexpected betrayal, Jamie & Claires plans to return to Scotland may be harder then they thought.

"Black women are more than a stepping stone on White women’s quest for power."

The writer of this article points out that Chilling Adventures of Sabrina exploited Prudence’s identity as a Black woman to fulfill Sabrina’s white feminist notions of justice and equality for her community.

Read the rest at the source.

Did you watch the show? Thoughts?

EXCLUSIVE: Chris Pratt and Anna Faris have agreed to the terms of their divorce. https://t.co/YE4DGdRq1T

Chris Pratt and Anna Faris had a prenup in place that dictates the terms of their divorce.
Pratt and Faris have waived their right to spousal support now and forever.
They have also agreed that neither side shall pay child support “at the present time.”
They have also agreed to maintain a joint bank account for their son, Jack, to cover his monthly expenses.

Here's a clip from the sequel of Life-Size.
The movie will premiere on Freeform on Dec 2.

-In just under a month The Simple Life will officially be turning 15 years old!

-The hit FOX reality series starred Paris Hilton and Nicole Richie wherein the Society princesses/party girls leave their parties, wardrobes and trust funds behind and move in with a farm family for five weeks to experience life as they have never known it.

-While the series always was planned to star Paris, Nicole Ritchie was originally not part of the series. FOX had wanted Paris' sister Nicky Hilton to be Paris' sidekick but she wasnt open to the idea of putting herself in front of the cameras. After Nicky dropped out they pursued Kimberly Stewart to join Paris before finally settling upon Nicole to join her.

-The series was a hit garnering 13 million viewers throughout its tenure on FOX. After Paris/Nicole had a falling out FOX decided to pull the plug after 3 seasons but since Paris/Nicole signed on for 5, E! picked up the series for 2 seasons. While the ratings took a drastic drop they were still the highest rated series on E! pulling in 1.3 million viewers.

-Season 4 would see the two feuding reality stars doing their own rendition of 'Wife Swap' wherein each would swap out with the wife of the family for a week with the family deciding who made the better "mother". Paris/Nicole would reunite for the 5th and final season for a very staged Camping theme.

-A spin off was attempted with Kelly Osbourne and Kimberly Stewart but ultimately never made it to air after Kelly wasnt willing to participate in the simple every day activities they would have to do.

Favorite moments from this iconic series?

When Cam forgets the words to his favorite country song, he blames Mitch and decides he needs to reconnect with his roots and get a chicken. Meanwhile, when Alex is up for a prestigious government job that requires a family interview, it causes everyone to overcompensate and jeopardize her chances; and Haley and Dylan think it might be time they grew up a little.

IF BEALE STREET COULD TALK officially moves off November to 12/14 release in NY and LA and will expand on Christmas Day. #BealeStreet (h/t @showbiz411)

If Beale Street Could Talk, it would be asking "Annapurna, what is your damage?". The troubled company has possibly (As this is the only gentleman reporting the news besides Showbiz 411) moved from it's November 30th spot to a NY/LA release on December 14th, and a wide release on the 25th.

For those of you just joining us, Beale Street's wide release on Christmas day accompanies other Annapurna films Vice and Destroyer.

The question is; Can they give each movie its proper due when it comes to P&A? Will they drop the ball on all three of the movies getting award consideration? Does anybody care about Vice at all?

Leslie Moonves has largely maintained a low profile since Sept. 9, when he exited as chairman and CEO at CBS after he facing multiple accusations of sexual assault.

But he and his wife, former The Talk host Julie Chen, went out on Thursday for dinner in Beverly Hills, where Moonves shut down the idea of a possible return to the entertainment industry.

Asked by the ever classy TMZ if he'd consider the idea of creating his own network and a new talk show for Chen, Moonves said, "I'm retired," which he repeated four times.

When the cameraman said that Chen's face needs to be back on television, Moonves said, "You're absolutely right." Chen responded to the TMZ reporter's compliments by saying, "You're kind."

Please note that I use "struggles/struggled" because I have no way of knowing whether the people listed here have completely overcome their mental health issues or whether it's an ongoing effort. This is an ONTD Original. 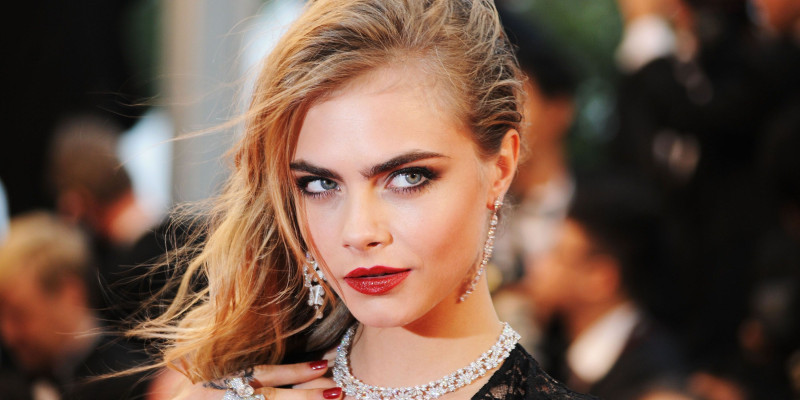 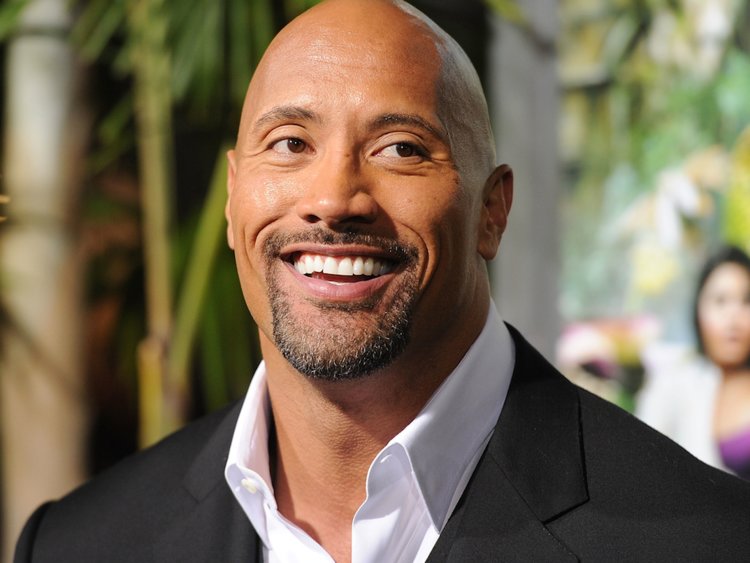 "The struggle and pain is real. I was devastated and depressed. I reached a point where I didn't want to do a thing or go anywhere. I was crying constantly. (...) We all go thru the sludge/sh-- and depression never discriminates. Took me a long time to realize it but the key is to not be afraid to open up."

ONTD, how are you feeling today, how's your mental health? What are your coping strategies?


It was reported a while back that Jon would be reprising his role as Shane in Season 9. (It's been long established by now that TWD is the one horror / dystopia on TV that cannot do suspense for shit, so this is not a spoiler). Anyway, makes sense he would come back for Rick's last ep.

Did you like tonight's episode, ontd? How do you feel about AMC's milking its cash cow that is Rick Grimes to death and making a trilogy out of his time away like they're Marvel?

It’s been said a million times, but here’s a million and one — Trump’s rallies are unlike anything else in politics. Currently, Rihanna’s “Don’t Stop the Music” is blaring in Chattanooga as aides toss free Trump T-shirts into the crowd, like a ball game. Everyone’s loving it.

Not for much longer...me nor my people would ever be at or around one of those tragic rallies, so thanks for the heads up philip! https://t.co/dRgRi06GrJ

Rihanna joins the list of other celebrities including Adele, Guns n Roses, and Pharrell in demanding Donald Trump stop playing their music at his rallies.

It is all out war as Chandler must face his fears and confront the greatest threat he has ever encountered.

Charmed 1x05 "Other Women" Season 1 Episode 5 Promo - GUILT — Mel (Melonie Diaz) is worried about Niko’s (Ellen Tamaki) safety, so Mel and Harry (Rupert Evans) come up with a plan to protect her, but Mel will need her sisters’ help. Maggie (Sarah Jeffery) notices that Macy (Madeleine Mantock) is upset about her situation with Galvin (Ser’Darius Blain), so she offers to do some recon with her, but they discover that things might not be exactly what they seem. Meanwhile, Maggie’s sorority sister Lucy (guest star Natalie Hall) turns to her for some help, but Maggie struggles with telling her the truth because it could jeopardize her sorority future. Amyn Kaderali directed the episode written by George Northy (#105). Original airdate 11/11/2018

favorite Hip-Hop song from the 90s??

Last night on X Factor, it was Fright Night, half of the contestants didn't stick to the theme. Boring ballad singers are still the frontrunners.

Tonight the bottom 2 were:
( Collapse )