- Last week, it was rumored that pop legend Carly Rae Jepsen will release a single titled "Party of One."
- Today, she posted a teaser photo on her IG and Twitter accounts of her eating pizza and Twizzlers (?) or licorice sticks.
- The single is rumored to drop this Friday, November 2.
source

Are you ready for our Scorpio pop legend, ONTD?

A fan recently shared a video of their mildly uncomfortable encounter with actor Rami Malek, star of Mr. Robot and the forthcoming Bohemian Rhapsody film, and Twitter was quick to respond with their many opinions on How Celebrities Should Behave With Fans.

THIS IS PROBABLY THE MOST EMBARRASSING THING TO EVER HAPPEN TO ME pic.twitter.com/qIesyA3eWQ

In the short video, the fan starts filming, holds up the camera in selfie mode and then asks Rami: "Can you say hi to my friends?"

He quickly rebuffs them with: "No, but we can take a picture, is that alright?" The fan apologies immediately and I assume they don't take a photo, just this awkward footage. Twitter opinions were quick to come in, including some who bashed Rami for refusing the shout-out and being "rude", while just as many people rushed to defend him and how he'd handled the situation with kindness and healthy boundary-setting.

Rami did respond via Vanity Fair, saying: "I finally brought myself to watch it. I thought, ‘Oh, that’s not that bad. I don’t find myself offensive...I am happy to take photos with anyone. I just want to be aware of what people are doing in the moment. When someone films you automatically, it’s a bit intrusive.”

It did, however, lead to some great responses/memes such as:

rami malek when a fan asks for a video pic.twitter.com/nMMqeyXJ7u

Have you ever had an awkward celebrity encounter, ONTD?

A Star is Born: nepotism models eat your heart meow! A new viral video shows a stray cat in Instanbul, Turkey crashing The 2018 Esmod International Fashion Show when it appeared on the runway and started cleaning itself while models walked by. The playful cat occasionally tried to tug at a few models pant legs with its paws when passing by.

Afterwards the cat realized it was time to show these newcomers what a catwalk was all about and effortlessly walked the runway. The video ends with the cat walking over to its new adoring fans sitting in the front row.

Designer Göksen Hakki Ali told the press once the show was over that, “Everybody was in shock.” Asked if the cat had a chance of getting signed the designer had this to say: “Maybe. Why not?”

Is there anything scarier than kissing Flavor Flav's ashy lips, or Bret Michaels's lipstick-smeared mouth? VH1's classic reality shows like Flavor of Love, Rock of Love, I Love New York, and Charm School had some pretty terrifying moments.

These are the 10 most TERRIFYING moments from the VH1 "Of Love" shows.

Open to: All, detailed results viewable to: All. Participants: 65

Who would be scarier to kiss?

Happy Halloween! 🎃 I made this photo on @GalGadot’s last day of filming Justice League. I’m so happy it’s finally out there for all to enjoy! #BetteronVero @VeroTrueSocial pic.twitter.com/5jUR6EwreY

NBC aired a vaguely Halloween-themed Wicked special a few days ago, but I didn't see a post about it, so here is a belated one! They got a few musical acts, the current Broadway cast and the original stars of Broadway's popular show Wicked to come together and sing some songs from the show, while also giving us awkward banter and facts about makeup and lights. I'm sure these videos aren't available everywhere, and I apologize in advance.

Ariana Grande sang "The Wizard & I", which starts off a bit mumbly but gets great at the end.

Aside from the banter, this was better than I thought it would be (and I literally sobbed @ "For Good"). It's on Hulu in its entirety, and check out the comment below from

__onthebound with links for non-USA folks!!

Happy Halloween ONTD! 🎃 Are you Trick ‘Er Treating Tonight? Well, unfortunately every year we’re guaranteed to be disappointed in some of that candy we receive. But Reese’s has a solution for that. Well, for New Yorkers that is.

Reese’s lovers unhappy with that gross, offbrand, unwanted candy can swap it out with peanut butter cups with their converter machine. It’ll be available at 4 p.m. until 9 p.m. outside Washington Square Park on 5th Avenue between Washington Square North and East 8th Street in New York City on Halloween. Rejoice!

No tricks here. Trade in your Halloween candy for Reese's candy. What'd you expect from the GOAT of Halloween?! #ReesesCandyConverter #NotSorry pic.twitter.com/bTrjF2IFay

ONTD, what candy would you trade?

‘The Favourite’ Leads the Field in the British Independent Film Award Nominations https://t.co/ux6TGevvQY

This year's British Independent Film Awards nominations were announced this morning, with critically-acclaimed 'The Favourite' up for the most nods. The awards will take place in London on December 2. - The film is a coming of age story centered on Feldstein's character Johanna Morrigan, who sets to reinvent herself as a music critic in 1993 London.
source 1 | 2

A young woman disenchanted with love mysteriously finds herself trapped inside a romantic comedy.

- Jessica Brown Findlay ("Downton Abbey"; the hilarious Winter's Tale) and Sean Harris (Mission: Impossible; Prometheus; my heart) are starring in The Banishing
- set in the 1930s, Jessica plays a reverend's wife who moves into a creepy house with her creepy kid; when haunted shit happens, they call on a famous occultist (Sean) for help
- they were both in the "Jamaica Inn" 2014 miniseries (did anyone but me like that? No? okay :\ )
- directed by Christopher Smith (Severance, Creep [not the Mark Duplass one], Triangle)
- starts filming next week

Is your house haunted, ONTD?? Are you still laughing at Winter's Tale and Russell Crowe's terrible accent? (sorry, realized I forgot the source as soon as I hit submit)
tweet | source

Did Netflix figure out that they have to play ball to get the shiny statues?

The Witcher is an epic tale of fate and family. Geralt of Rivia, a solitary monster hunter, struggles to find his place in a world where people often prove more wicked than beasts. But when destiny hurtles him toward a powerful sorceress, and a young princess with a dangerous secret, the three must learn to navigate the increasingly volatile Continent together. 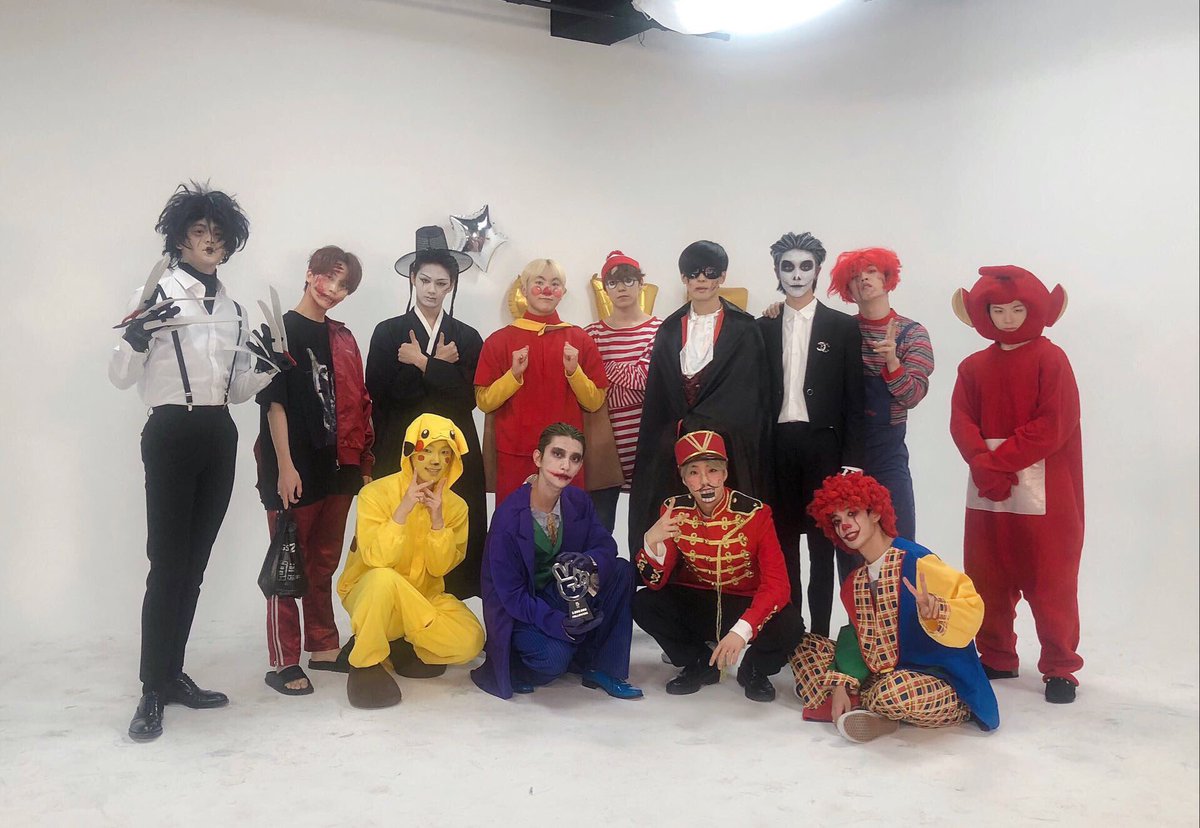 Seventeen welcomes you into a Kpop Halloween roundup!

French director Abdellatif Kechiche is accused of sexual assault.
He “categorically denies” the charges, according to his lawyer.
He has been accused by a young actress of sexual assault at a dinner party in Paris in June.
The unamed actress filed a complaint on October 6 but the matter has only just been revealed publicly.

Jesse L. Martin is taking a medical leave of absence from The Flash https://t.co/ZQSdr5gNjQ

Jesse L. Martin is stepping away from The Flash for a bit.
He is taking a medical leave of absence.
Martin suffered a back injury during the hiatus, which is why he has been seated in almost all of his scenes this season.

Carla is joined by the ultimate contessa Ina Garten to make chocolate-pecan scones. Scones can go one of two ways: they can turn out like hockey pucks or like light, flakey disks. Carla and Ina show you how to make the latter.

Is it time for Soap Operas to make a comeback?

(Aka the best thing to ever happen in a music video) Tilda Swinton's spaniels make their music video debut in a project directed by her and Sandra Kopp. The music is Anthony Roth Costanzo - Handel: Flavio, HWV 16 - Rompo i Lacci

ontd is your dog a star? 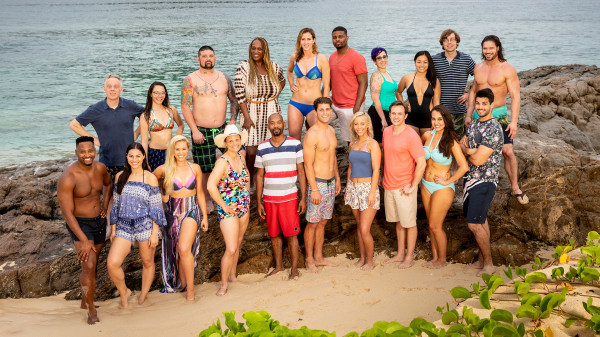 Hold up — are Katie Holmes and Jamie Foxx engaged?https://t.co/AW7Ab0ykTX pic.twitter.com/CjfRd9hti7

Popsugar got photos of Katie Holmes while out and about with Jamie Foxx in New Orleans on Tuesday.

She was seen wearing a diamond ring on her left hand.

Holmes is filming The Secret with Jerry O'Connell

"They’re still very, very private," "You’re not going to hear or see every time they’re together because they don’t flaunt their relationship in public.” 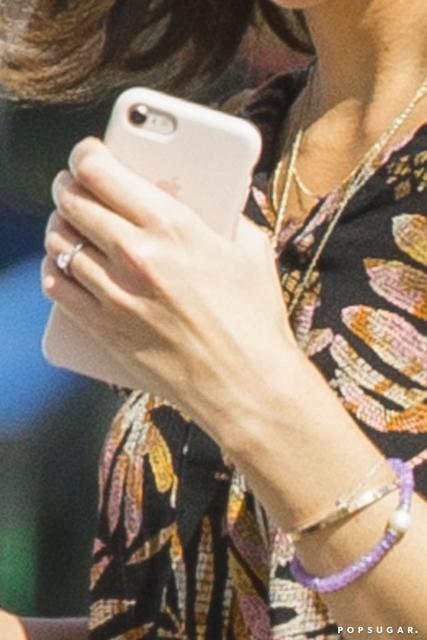 All eyes are on Prime Minister of Pop Carly Rae Jepsen as we patiently wait for her new single, “Party For One.” The single unfortunately will not premiere at midnight like several had hoped (12 a.m. ET / 9 p.m. PT). A recent Instagram post by the Queen herself read, “I’m not over this, but I’m trying 🖤 #PartyForOne 12 HOURS!” While we continue to wait, you can check out four new teasers of the song Carly has shared on Instagram. How Britney Spears - “Hold It Against Me” of her and her team. 😒

Hilary Duff has given birth to her baby girl Banks Violet Bair, and this is definitely what dreams are made of. https://t.co/51yit4gTDl pic.twitter.com/fCcEDc2Fna

-Banks Violet Bair was born on Oct. 25th (No, that is not a typo for Blair)
-She had a gender reveal party on Mother's Day
-The father is her boyfriend Matthew Koma
-The couple is in no rush to get married
-6-year-old son Luca wanted to name her "Cofant Croissant"

ONTD, do you miss all the Hilary walking posts we used to have?

An exploration into the Alien franchise, the history of the "Body Horror" genre, and the film that sparked the series' downfall to mediocrity.

This week was the finale of the Great British Bake Off!

After 10 weeks it came down to three bakers, Rahul, Ruby and Kim-Joy.

For their signature bakes, they needed to bake iced doughnuts. The technical bake was pita bread and dips, while the technical was a landscape themed dessert.

And the winner is...

What do we think of the final and the season overall?