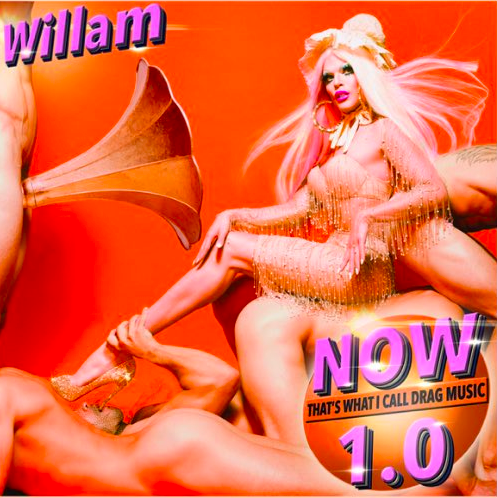 The new album is currently #2 on the iTunes Comedy charts! The Weird Al of drag!! The album features bops such as "Daddy D," a song about loving Daddy d, "Oral," a mash-up of "Loser" by Beck and "Royals" by Lorde...with a twist, and "Aileen," a collab with Trixie Mattel about serial killer Aileen Wuornos, one of Willam's drag inspirations.

The new video for lead single "Hoops" is also available (dirty version can be found on Willam's Patreon for anyone who wants to see dick).

“Flowers Grow Out of My Grave” – Meredith has a patient whose family is celebrating Day of the Dead, making the doctors remember loved ones they have lost. Richard shares unexpected news with Meredith about her father, Thatcher. Meanwhile, Teddy tries to tell Owen that she is pregnant but they get sidetracked, and Jo encourages Link to pursue one of the doctors, on “Grey’s Anatomy,” THURSDAY, NOV 1.

Dedicated to the one and only

10.Whoopi Goldeberg - "Institutional Fail" S17E04
[Synopis]
When a starving toddler is found wandering the streets, detectives are led to a home where another child is in grave condition.


7. Jeremy Irons - "Mask" S12E13 & "Totem" S12E20
[Synopis]
In a 2 part arc, (1) Benson and Stabler have to get creative when a rape victim's father refuses to help the detectives get the information they need to solve a case. (2) Detectives Benson and Stabler work with a sex therapist, Capt. Jackson (Jeremy Irons), when a young girl is murdered.

source
Probably my favorite (of those I can remember) are Mary Steenburgen, Michael Beach, Katherine Moennig and Ian Somerhalder

what did you think of the first episode of The Originals spinoff, ONTD?

As a follow up to this post where Fergie’s ex husband Josh Duhmal calls Golden State Warrior Draymond Green a prick and should have apologized for causing all of the jokes on Fergie. In true fun Golden State spirit, the team made a video dancing to a remix to Fergie’s performance.

Fergie should release this remix as an official single tbh.

Ryan Gosling's 'All Good Things' has been entered as evidence in Robert Durst's murder trial: “[Durst] responded, not with denials, but by stating, ‘I felt the movie was very, very, very close in much of the ways about what, pretty much, happened'” https://t.co/xo1aJTR13w pic.twitter.com/TViviYvKh4

Psycho rich dude Robert Durst is about to stand trial for the murder of his neighbor and the prosecution submitted into evidence the 2010 film All Good Things, which starred Ryan Gosling and Kirsten Dunst. The film was a fictionalized version of Durst's life during which his abused wife went missing, and two people were murdered.

The prosecution argues that the film, which directly implicates Durst in the crimes, was firmly endorsed by Durst, who loved the film and Gosling's performance so much he did DVD commentary for the film and never once threatened legal action. Durst said of the film on camera, "I felt the movie was very, very, very close in much of the ways about what, pretty much, happened,"

Ryan Gosling distanced himself from the project after filming amid rumors of clashes with the director (and Durst praising his performance), barely promoting the film. Gosling said of All Good Things, "I’m proud of what Kirsten [Dunst] does in the movie...It was a hard film to make because it was such a dark experience...It’s an interesting experience to have, but you’re happy when it’s over." He later took a more polite approach in 2015. Kirsten Dunst has called her performance in All Good Things her best performance.

Robert Durst then did the HBO documentary The Jinx with the director of All Good Things, where he infamously confessed to the murders off camera:

Best episode of the season, imo!

Some really solid musical numbers and some amazing character development.

Plus, you know. THAT ENDING SCENE.

-CAoS has finally premiered on Netflix and with any adaption, it does differ from its source material even though Roberto Aguirre-Sacasa writes the comic and is showrunner for the show.

-Roberto has only managed to put out 8 issues of CAoS since its debut in 2014 so if the netflix series is a hit, it will severely outpace the comics. But for now we can see some of the differences below

* The podcast will be called "Behind the Scenes" because "as we @audreyroloff & @jeremyroloff were talking about the kind of content we gravitate to the most, it's always the behind the scenes stuff." So creative. 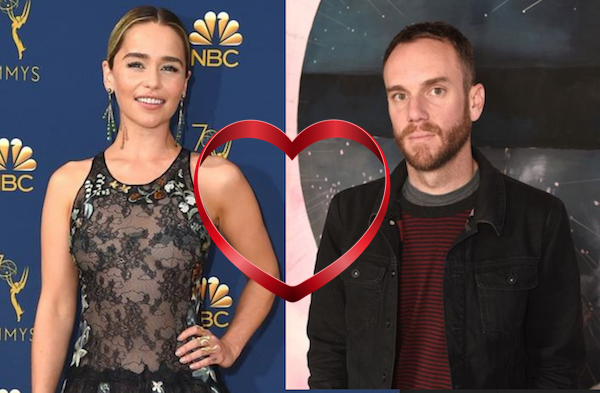 Emilia Clarke, eyebrow inspiration and mother of dragons, is apparently dating Charlie McDowell. He is the son of actors Malcolm McDowell and Mary Steenburgen. He is also the ex-boyfriend of Rooney Mara.

Emilia and Charlie posted the exact same pics on Instagram on her birthday-- a silhouette of two people kissing.

Who is ur ex dating?

Exclusive: Pete Davidson changed his number after his split from Ariana Grande to "distance himself." https://t.co/sPEbcFyVQs

"This has been a difficult experience for Pete. He's always been an extremely private person and the Ariana Grande spotlight and social media were a lot of new pressure for him," says source about Pete, who once told the public that "my dick's forever hard" because of Ariana.

ONTD, what is your favorite track from the album of the year?

Manfred investigates a gruesome murder in the hotel. Lem and Olivia’s psychic connection drives a wedge between them. Bobo’s life is put in danger by a series of strange ‘accidents,’ much to Fiji’s concern.

Is anyone else watching season 2?

Eight months after the couple announced their separation, Jenna filed for divorce.
Jenna requests child and spousal from Tatum, in addition to having her name restored to Jenna Dewan.
Both her and Channing have agreed upon joint legal and physical custody of their daughter.
The couple was married for eight years and share a daughter named Everly. 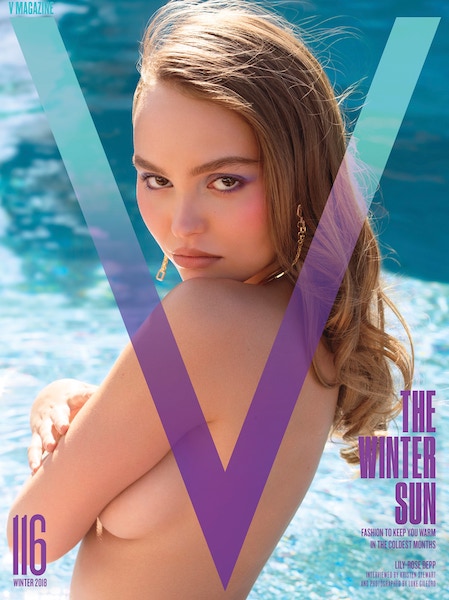 Lily-Rose Depp, 19, was interviewed for V magazine by Kristen Stewart. If that combination doesn't seem random enough, Lily-Rose also posed with Pamela Anderson for the photoshoot. Lily-Rose Depp is, of course, the daughter of Johnny Depp and Vanessa Paradis.

"He's so sweet. It really is rare to find someone like that who is such an icon in so many ways, and has been for so long, but who is just such a genuinely sweet and welcoming person. We will send each other pictures of our cats." 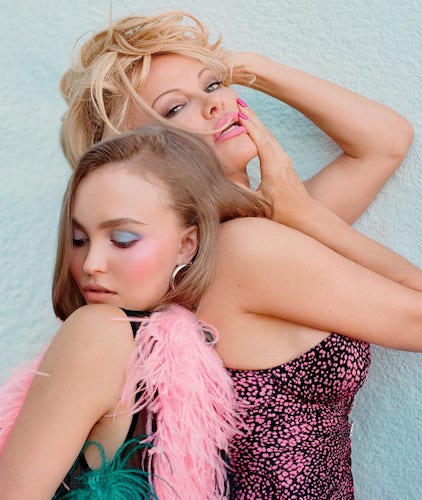 Red Dead Redemption 2 is finally ouy and with it comes a slew of incredibly positive reviews, some of which call it one of the best games of all time. But the success has been marred by reports of ‘crunch culture’ at Rockstar after company co-founder Dan Houser made a remark about staff at the studio working 100-hour weeks. It’s something the company is said to have now addressed, but rival firm Ubisoft still pointed out that massive crunch wasn’t a requirement with Assassin’s Creed Odyssey.

According to Ubisoft Quebec managing director Patrick Klaus the company never made its staff work mandatory overtime, despite the huge size and scope of Odyssey,

"While we can always do better, I can tell you hand on heart that [Assassin's Creed Odyssey] hasn't required a massive crunch, like maybe some of the triple-As from five or ten years ago," said Klaus.
"We can still always do better, but we have managed pretty well to succeed in delivering a game of huge magnitude which is hitting a good quality [level], while making sure that our teams are not burnt out and disgusted with working in games."

Odyssey discussion post! ONTD have you accepted buff Kassandra into your life?

-To promote Burning which is slowly expanding, Steven Yeun spoke to Criterion about his Top 10 films.

1. (Tie) Good Morning and Tokyo Story by Yasujiro Ozu
"For me, Criterion was an entry point for Asian cinema, which was really awesome. I remember watching it for the first time and was like, man, so little happened but so much happened, and there’s such a wise grace. I hope we can see more films like this again."

2. Still Walking by Hirokazu Kore-eda
"As an Asian American person, you look for ways to justify and explain and understand why your family dynamic is the way it is, despite the fact that you’re in this country where everybody’s family dynamic seems very different. Then you get these glimpses and you’re like, oh, I can see the connection there."

3. Secret Sunshine Lee Chang-dong
"I was raised very Christian, and somehow this film echoes the things buzzing in the back of my head. It’s nice to have someone make you not feel crazy."

4. Chungking Express by Wong Kai Wai
"This movie allows you to just look at human beings as human beings for a second.Being raised in a very Christian, traditional Korean household, you’re kind of just seeing the surface and what you’re supposed to be at all times."

10. Hoop Dreams by Steve James
"You understand that everybody starts from somewhere and everybody’s got a journey and it doesn’t always work out the way you intended."

-Talked briefly about how he felt Glenn wasn't defined as the other characters in the show.

Janelle Monaé slaés her performance of "Make Me Feel" from one of the top albums of the year Dirty Computer.

'Chilling Adventures of Sabrina' originally planned to do a 'Sabrina the Teenage Witch' tributehttps://t.co/GUZiissaNX pic.twitter.com/ljdO20JuUY

-During filming of the first season of Chilling Adventures of Sabrina showrunner Roberto Aguirre-Sacasa wanted to a tribute to Sabrina The Teenage Witch but Netflix scrapped the idea.

-In the 5th episode that revolved around nightmares for each of the Spellmans, Sabrinas nightmare was originally being in a 90s sitcom similar to Sabrina The Teenage Witch.

-The higher ups thought that it was to soon for a tribute and wanted the show to find its footing before doing so. Roberto Aguirre-Sacasa is still very keen on paying tribute to the original show.

-No word on if we'll ever get a Chilling Adventures of Riverdale crossover.

Do you like it when adaptions/reboots pay homage to the shows that came before it?

A re-imagining of Hamlet, told from Ophelia's perspective, starring Daisy Ridley as Ophelia.

‘The Simpsons’ producer confirms Apu is being written out of show following controversy https://t.co/lKzFCe1wFa pic.twitter.com/s34IUDUtqs

- After viewers complained that Kwik-E-Mart owner Apu Nahasapeemapetilon promotes racist stereotypes of people of Indian and Asian descent, a producer from "The Simpsons" confirmed that Apu won't appear on the show anymore
- The character, that first appeared on the show on 1990 and was voiced by Hank Azaria, won't be killed, it seems like they will just drop him from the show