When Robin meets Robin, things can get a little awkward. Get ready for TITANS, only on #DCUniverse next month! #DCUTitans pic.twitter.com/IrMl1LVjCy

DC Universe officially launched today on Batman Day, and with it came a new teaser for their upcoming show Titans.

On Friday, actress and comedian Chelsea Peretti posted this photo of a mangled piece of what was once a slice of chocolate cake to Instagram - all that was left was the frosting surrounding the area where the cake used to be. Her caption? "this is how I eat cake. not that into frosting." This controversial yet brave opinion elicited thousands of comments on her instagram post, and even reactions from other celebrities.

Open to: All, detailed results viewable to: All. Participants: 596

How do you eat cake, ONTD?

Prince of Voice Over Acting Jesse McCartney is back and drops a new song, “Wasted.” In the song, he sings over a tropical 🏝 beat, “You like to call me when you're high / end of the party I'm your guy / I don't want to come off impatient / but you only call when you're wasted.”

This is what happens when people get things done!

Comedian and disability activist Maysoon Zayid ("You Don’t Mess with the Zohan”, “Stand Up: Muslim-American Comics Come of Age") has landed a deal with ABC to develop, produce, and star in a comedy series based on her life. The series will follow her, a Muslim woman with Cerebral Palsy, navigate the ups and downs of life and love complicated by her very opinionated parents.

- As we heard the news last month, beauty/lifestyle Youtuber Ashley Tisdale spoke with AOL about the direction of new music coming this fall

- Describes it as 'pop/electro' and the 'most authentic thing' she's done in her career, co-writing on all the songs and choosing sounds

- Is 'upbeat' but will have a dark undertone about 'anxiety and depression' she experiences, and is not about showing her beautiful side

Music industry hold your wigs! She let the girls breathe for 9 years

Are you here for miss Ashley?

Issa Rae is is throwing a yacht party celebrating their Emmy nods for the cast crew and friends... they are having a black ass drunk ass rich ass time and Issa has stolen all the mens shirts. I STAN. pic.twitter.com/6PyLmXpvpa

Issa Rae is throwing a yacht party celebrating their Emmy nods for the cast crew and friends.

THEY ON THAT BOAT GOING FULL NIGGA. 😭😭😭 ISSA GIVE ME A JOB! pic.twitter.com/2cnsKE3Fop

To one-up the guys, Dee has organized an "all-female reboot" of the Wade Boggs challenge on a first-of-its-kind, all female flight headed to L.A. for the women's march.

The Internet’s questionable new boyfriend gets asked the controversial question: GIF with a hard G or Jif like the peanut butter?

The creator of the GIF, Steve Wilhite, has already gone on record in 2013 to say: “The Oxford English Dictionary accepts both pronunciations. They are wrong. It is a soft ‘G,’ pronounced ‘jif.’”

A win for those on Team JIF, but a complete IWillNotAcceptThat.gif from Team GIF. So what was Noah Centumblr’s answer anyways?

“Oh dude, it depends on the day. But usually, JIF.”

Open to: All, detailed results viewable to: All. Participants: 720

The 'Bridesmaids' star explained that her white #SNL castmates would make fun of her 'super thick and super curly' hair: https://t.co/Cxqqtbvrof

She spoke about the struggles about growing up mixed race including trying to tame her "superthick and supercurly" hair, and that followed her into her sketch comedy career as well.

The actress explained that her white castmates would even make fun of her because of it.
"My hair was natural when I started 'Saturday Night Live,' but it was so thick to get under the wigs. [The blow-dry station] was on the same hallway as a lot of the dudes' dressing rooms. And every [expletive] Friday night, we'd hear some [expletive] white guy walking down the hall going, 'Is something burning in here? What's burning?' I'm like -- I'm. Get-ting. My. Hair. Done.'"

She doesn't think she was hired to play the "black lady" on the show, but still thinks she was often left out of white roles.

She struggled to control her hair without having a female figure in the household. Her hair problems even followed her into college, where students would ridicule her hair.
"'Your hair is so ethnic. Can I touch it?' I actually have an aversion to that word, way more than people say they hate the word 'moist.' I hate the word 'ethnic' in that way. It's like they're talking about a print."

Ariana Grande uploaded a video of her and her new tiny pet pig to her Instagram story today.

The cute lil bb can be seen snuggling in bed with her in one video, and munching some snacks while wrapped in a blanket in another.

A longer video is available at the second source.

Fans on Twitter are thrilled to see her doing so well, considering the difficulties she has been up against in recent weeks.

Have you ever had an unusual pet, ONTD?

Not to be confused with the garbage People's Choice Awards, the Toronto Film Festival's top prize is usually given to movies that not only have huge prestige, but actually end up being big players in the upcoming awards season (case in point, last year's winner, 'Three Billboards Outside Ebbing, Missouri', and previous winners 'Room', '12 Years a Slave', 'Silver Linings Playbook', 'The King's Speech', and 'La La Land').

This year's winner was the drama 'Green Book' starring Oscar winner Mahershala Ali and Oscar nominee Viggo Mortensen, directed by Peter Farrelly (yes, that one). Expect it to be a big one this coming season.

Runners up were Barry Jenkins' 'If Beale Street Could Talk' and Alfonso Cuaron's 'Roma'.

The full list of winners, which focuses mostly on Canadian productions, are at the source.

- Because she's quirky and an intellect (like the men of this post), voice of our generation Lena Dunham took it to Twitter to express the type of men each are, and what actions they'd take in hypothetical situations

- Do you agree with Lena in that these men embody the DUALITY of romance?

Open to: All, detailed results viewable to: All. Participants: 513

Which type would you want to bring home?

* Namie Amuro gave her final performance in Okinawa (her hometown) today.
* Namie debuted in 1992 as a part of the girl group SUPER MONKEYS. Namie was the break out star and the group would break up two years later (the remaining members of SUPER MONKEYS would go on to form MAX, an extremely popular girl group during the mid to late 90s).
* Save for a brief downturn in the early 2000s, Namie's solo career has been going strong since 1995.
* She announced her retirement last year, the 25 anniversary of her debut.

I know there are a few other fans here, has anyone seen them this tour? I'm going next Wednesday, can't wait! 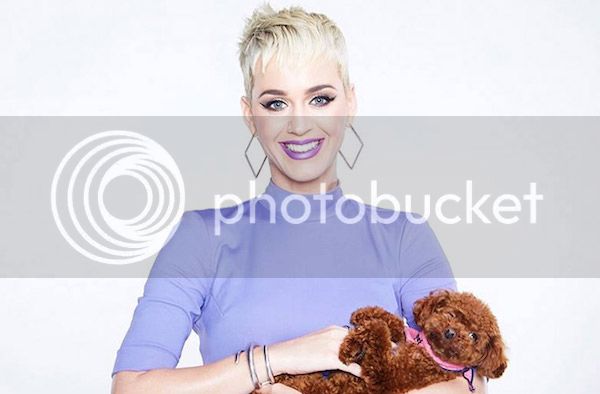 Katy Perry's Witness era is finally, mercifully dead. She gave an interview about her new life now that she has (finally) ended Witness: The Tour, her world tour that started in September 2017. If you'll remember, Witness came out in June 2017-- barely a year ago, though it seems so much longer-- to meh reactions. Her highest-charting single, "Chained To The Rhythm," charted at #4 in the U.S., and the album has sold just under a million copies worldwide.

She admitted that the album's floppage gave her depression:

"I had bouts of situational depression. My heart was broken last year because, unknowingly, I put so much validity in the reaction of the public, and the public didn't react in the way I had expected to."

Now, Katy says that she wants to go to Trader Joe's:

"I love going to Trader Joe's and walking down each aisle to catch up on the products since I've been gone. I'll literally be in there for two hours."

"I'd rather stay home and clean out my sock drawer than go to a party right now."

"Maybe I'd like to make a film in the future finally, doing a kind of separate thing ... I would do a comedy. But it has to be... a little bit of a dark comedy."

Man, everyone was so hype for this era, and then it sucked. Anyways:

Has anything given you situational depression?
Where do you grocery shop?
Do you still party?
Do you like when musicians star in movies? Favorite dark comedy?

Alejandra posted on her Instagram page on Sunday a photo of her and Richard meeting the Dalai Lama, who is putting his hand over her baby bump. 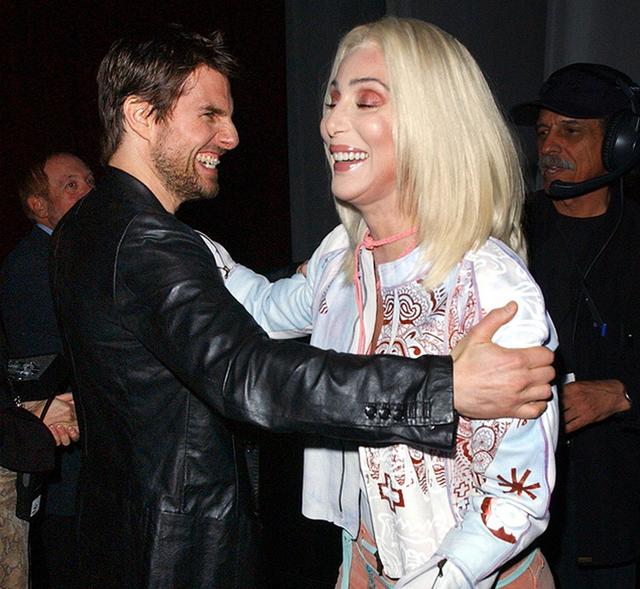 They first met at Sean Penn and Madonna’s wedding in Malibu, 1985. Cruise was 22 at the time, 16 years her junior and fresh from his box-office hit Risky Business.

The singer opened up on what drew them to one another:

‘Then a bunch of people who were dyslexic were invited to the White House, and Tom and I are both dyslexic,’ ‘We didn’t go out till way later, but there definitely was a connection there.’

She also says that Rob Camilletti, a bagel baker 18 years her junior, is "possibly the one true love of my life".

For our sisterhood Wilmington, NC will always be our home-away-from-home. We grew up there, and so many of you grew with us. The ladies of the #OTHfam have been mobilizing for days to get this set up. Please help us help our community & state #Florence https://t.co/97ItcvybCx

The Women of One Tree Hill have set up a crowdrise page in order to support Hurricane Florence. All money donated will support Random Acts' relief efforts.

'To North Carolina With Love' t-shirts have also been designed by them, with 100% of the profits also supporting the charity.

“That was always a fake date. There wasn't a prayer in hell,” says Stephen Schwartz, who also says. “I will tell you 100 percent there will be a movie of Wicked and it won't be that far away but it won't be next year because we're still writing."

The script is going through drafts with Winnie Holtzman.

And they're much further along with the Wicked script than they are for Disenchanted.

Who do you want to be Elphaba and Glinda?

Black trans women are being killed because of jokes like this. These niggas are killing us to keep women like you @iamcardib from finding out. Cause you’ll make fun of their manhood. This is how you encourage toxic masculinity that only ends up hurting you too sis! Apologize. pic.twitter.com/eooxFrp85j

It's come to my attention that there have been offensive posts made on what used to be my Facebook page. For the past year and a half a FORMER team member has been the only one with access to the account.

According to Page Six, Soon-Yi Previn will give her perspective on the scandals that have torn the former family apart in a blockbuster piece in New York Magazine.

The piece is expected to be on stands Monday, and on the magazine’s Web site as early as Sunday evening

A rep for New York magazine told Page Six: “Soon-Yi Previn is telling her story for the first time, and we hope people will withhold judgment until they have read the feature.”

The r&b singer did an ASMR feature for Fuse, and talked about some things.

Julianne Hough is the "First Lady of Fitness" in the first trailer for #Bigger. https://t.co/VVD87jHFUZ

*Prays for a hit and/or critical acclaim*