So Bradley Cooper directed a masterpiece on his first try, huh https://t.co/LhUhXHCdTI #Venezia75

My review of A Star Is Born (dir. Bradley Cooper) is up here: https://t.co/EIrZ3uZzxI #Venezia75

Are you ready for a truly extra, outsized, and more pretentious awards season, ONTD?

Summer ain’t over yet. Childish Gambino released the official video for “Feels Like Summer” and it’s packed with animated cameos from several artists from Hip-Hop and R&B as well as others.

“How much money does a person need? You can only live in one house at a time. Perhaps they could designate that the studio pay a portion of the fee to an organization or an educational institution.”

Kathleen Turner is slamming films’ bloated budgets and the ridiculous amount of money paid to A-list actors.
She says the massive amounts of money could be better spent on improving scripts and offering actors more rehearsal time.
Turner argues that male and female actors should be receiving equal pay.
She recalled the galling response when she once asked a studio for some rehearsal time.
“They said, ‘Well, then you have to give us two weeks free.’ I took two weeks without pay.”

Trainers, you’ve done it! Millions of you worked together to complete over 15 million research tasks and the last round of Professor Willow’s #GlobalChallenge. Enjoy Stardust-themed global bonuses starting 9/3, 1 p.m. PDT! pic.twitter.com/ABZyuosVVP

Keep in mind there may be an Ultra Bonus Unlock to be announced on September 10th. Do not know what that may be. Tropius pokemon??

ENTEI is the new Legendary Research Pokemon for September.

Along with Entei you have a chance to capture

that Doubles your candy but also increases your catch rate by 1.8!

Looks like the Telluride Film Festival in Colorado this weekend might be the one churning out some of the first big Oscar contenders this year, including films that had world premieres there, and those that were screened both there and at Venice.

-- Nicole Kidman's gritty crime drama 'Destroyer' is getting rave reviews for the actress - being compared to Charlize Theron's Oscar-winning role in 'Monster', even. The reviews pretty much have said that Nicole's proven that she can essentially do ANY role impeccably.
-- Similarly is Melissa McCarthy in 'Can You Ever Forgive Me?', who critics unanimously said has given a career-best performance in the film, so expect her in the Best Actress convo come wintertime.

Others that have been mentioned to be possible awards contenders include Hugh Jackman in 'The Front Runner' (though the movie got meh reviews), Robert Redford in 'The Old Man & the Gun' (which got great reviews), 'Boy Erased' (for Russell Crowe, Nicole Kidman again, and not sure yet about Lucas Hedges), and movies reviewed at Venice: 'First Man', 'Roma', and 'The Favourite'.

Should point out that 'The Sisters Brothers' was just screened at Venice and is getting fairly good reviews so far.

Note that there are still a few more movies to premiere at Venice, but most importantly - the huge slate of premieres to come at the Toronto Film Festival starting this week.

"I ignore the negativity" 21-year-old @haileybaldwin is too excited about her upcoming nuptials to @justinbieber to worry about intense public scrutiny https://t.co/WmyKOwwRXv

- Source acts like there was "intense scrutiny", but Hailey Baldwin can't worry about it because of her sheer excitement

- In the interview she also mentions she's not the gushing type, nor is considering acting right now, unless "the right thing comes along"

The things I'll read to give you something to do on this Sunday, ONTD. When was the last time you intensely scrutinised Hailey Baldwin?

- It's been 20 years (and one day) since Harry Potter and the Sorcerer's Stone (yes, that's Philosopher's stone, red.) came to the United States.

- The tags is mostly libraries and Slytherin folk saying that there's good Slytherin as well.

Not that magical source

You received an owl yet, ONTD?

Why do #StarWars and Marvel fans refuse to grow up? https://t.co/iCfD1pZHx6


- Male author wonders "(SOME, red.) adults are insisting childhood brands from 'Star Wars' to Marvel continue to cater to them, but does preserving the past limit the future?"

- Author says that millenials and GenXers can't let shit go, while previous generations were less consumerist driven and were therefore less involved with fandoms. Age of author can't be found in the piece

- He does have a point with pointing out bros complaining about She-Ra and how she used to be/should be hotter, or how people complain about keeping productions "too childish" instead of "for us"

Can you let go of your childhood staples, ONTD?

- He got plenty of time to pose, no guards removed him

It's never too early to plot your Halloween viewing schedule. https://t.co/P8tI8E7JSn 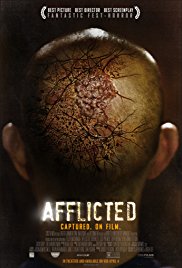 Afflicted
Two best friends see their trip of a lifetime take a dark turn when one of them is struck by a mysterious affliction. Now, in a foreign land, they race to uncover the source before it consumes him completely.

"It was a no brainer to bring back Clementine," The Walking Dead's executive producer tells us in a new interview. https://t.co/xwmiYiY7Zr pic.twitter.com/wPwHxuYjiV

-They wanted to try something different in S3 thus focusing the story around Javi but heard the fans complaints about the lack of Clementine and knew S4 would have to focus on her.

-Scheduled episodes to come out every 6 weeks as opposed to not having a coherent schedule in the past. Didn't want to leave the fans wondering.

-There is no way to get out of the outcome that comes at the end of 1st episode though there is a slight dialogue change.

-While this is 100% Clems last season, it is not certain if this will be the end of TWD at Telltale.

This is the TWD spin off show we deserve.

-Half of the houseguests are turned in dogs/cats/birds/turtles and are assigned owners.

-Everyone agrees that this is what was needed after such a dark past few days.

-Ryan will never forgive Roxanne for what she did. Hardeep isnt interested in being in an A/B conversation between Ryan/Kirstie.

-Hardeep breaks down in tears about being able to cook.

-Emma Willis will sitdown with Roxanne tomorrow for her first interview since leaving the house.

Open to: All, detailed results viewable to: All. Participants: 36

Ariana Grande's first kiss with Pete Davidson was such a dream to her. https://t.co/2WnocCv72T

-Ariana described the kiss as "so sick, so dope," and "so cute"
-Pete asked her permission before kissing her
-It was not a naughty kiss, but "really sweet" and "really sexy"
-Ariana reports things get better every day between them

ONTD, tell me about your kissing experiences

Wiz Khalifa Explains Why He Let His Son Ride The Bus To School #wizkhalifa https://t.co/JRtjj4SRmA pic.twitter.com/DmC9lNey6v

Wiz Khalifa had a proud dad moment as his son, Sebastian, started his first day of Kindergarten.
“FIRST DAY OF KINDERGARTEN — RODE THE BUS AND ERE THNG!!"
Fans degraded Wiz’s parenting skills all from the assumptions made from his caption.
Fans expressed that Wiz was too rich for his child to ride the bus to school or how selfish of Wiz to not pick his child up from school.

Wiz took to Instagram posting a video explaining why exactly he let Bash ride the bus in which he stated,
“To all y’all people asking why I would let my son ride the bus because I’m rich — being rich don’t got nothing to do with a child experiences. He said he wanted to ride the bus with his friends, so let kids do what they want to do. Chill!”

The 22-year-old Playboy model was called out by a fan who claimed she got the actor and director “thrown into rehab” on Instagram, she responded :
“It’s so bizarre to me that you follow me and have the energy to come to the comments section strictly to comment something negative. It’s even more bizarre to me that you can somehow correlate someone’s [poor decisions] to anyone other than that person. Never drank around or with him for the record.”

Her critic wrote back :
“You’ve been arrested twice for underage drinking and public intoxication just last year, so please tell me again you don’t like to drink or party lmao.”

She responded :
“I love to drink and party! Yes you’re correct. I got put in the drunk tank when I was 17 for having a fake ID and drinking underage at a bar in Virginia Beach, and despite the fact most people have used a fake ID as well as drank underage, it was a dumb mistake on my behalf and an embarrassing one at that… Do these mistakes define me? No, stupid miniscule sh*t I learned from. Do these mistakes mean that I am human? Yes. Do these mistakes mean I would disrespect someone’s hard earned sobriety by drinking with them or in front of them? Hell no. I have limitless respect [for] people who have the humility and maturity to admit when they need to fix something in their life.”

Louis introduced Anthony by saying: "Anthony auditioned for the show a year ago... and he came in with a black eye for his first audition so he stole my heart straight away, I don't think I've ever seen anybody at their first audition with a black eye. I've really gotten to know you over the past year and got to know your family and I think you're a lovely, lovely lad." And Simon went on to add that Louis is being modest and he actually gave Anthony the help that he needed.

[How far does Anthony go?]

I was in the audience for his performances and he was so good, Louis got up to hug him multiple times and had to excuse himself from the judges' table after they'd done filming it. It was a really sweet moment tbh! Opinions on this year's X Factor?

Smokey Robinson responded to a question about Ariana Grande's dress at Aretha Franklin's funeral: "She's a young woman and she's doing her young thing. Yeah, I think it was inappropriate. I do. I love her. I think she's a great talent. Somebody in her camp should have told her she was at a funeral and not let that happen."

Slimane is making changes to the fashion house. https://t.co/YVNEtLqBJc

will any logo change be as iconic as this? 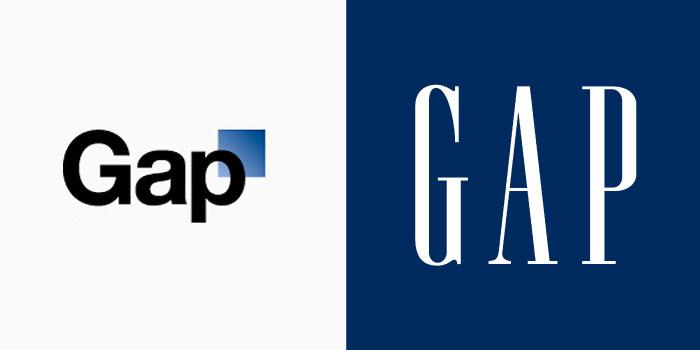