During a live Periscope session, Alyssa Milano defended her new shows which has been criticized and received backlash for fat-shaming after Netflix released the trailer earlier this week.

She says that the show is satire, then proceeds to read the definition of satire from an online dictionary.

She hopes that show instigates conservation about how fat people are treated and shamed. She also said that people shouldn't judge the show from the trailer (isn't that the point?) and doesn't understand why Netflix chose to market the show like that.

She said that she has also been fat-shamed during her career and would never work on a show she didn't believe in.

When someone asked about her feelings on the Charmed reboot she said that she doesn't have any thoughts as she feels it's very disconnected from it. She feels like the reboot very distant from the original but hopes it stays in line with the integrity of the original idea which was about sisterhood and women finding their strength.

Says she still talks to Shannon Doherty and Holly-Marie Combs, however she has tried to reach out to Rose McGowan (who has called out Alyssa multiple times) but to no avail

Praises the Kardashian and says that they made her feel it was okay to be on TV without by skinny, and also their unity and love as a family.

Watch the first trailer for The CW's 'Legacies,' premiering Thursday, Oct. 25 at 9/8c.

Watch the first trailer for The CW's 'Roswell' reboot, premiering in 2019. 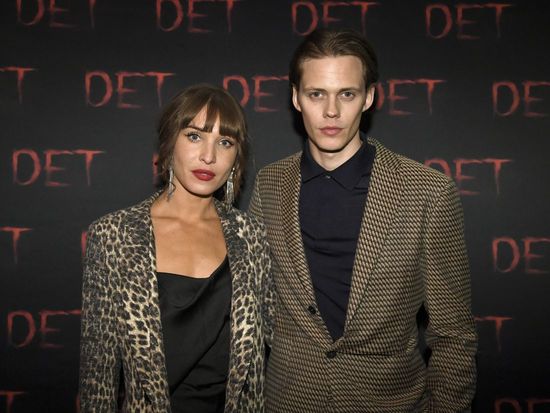 Bill Skarsgård (27) and his girlfriend Alida Morberg (33) are expecting their first child. Bill told Nöjesbladet this when they meet him at Comic-Con, according to Nöjesbladet the child will be born later this summer.

Stellan Skarsgård (bill's father) is very happy about the news ''I have eight kids and one grandchild, and now I'll get one more. It feels great'' Stellan told Nöjesbladet who meet him at the premiere of Mamma Mia! Here we go again.

Synopsis Avatar: The Last Airbender writer Aaron Ehasz creates Netflix's newest animated series, The Dragon Prince, alongside co-creator Justin Richmond. The Dragon Prince tells the story of "two human princes who forge an unlikely bond with the elfin assassin sent to kill them, embarking on an epic quest to bring peace to their warring lands."

Thoughts? Personally I haaate the animation style and frame rate, why couldn’t they have gotten Studio Mir, like they did with Voltron?? I’ll still give it a chance because Aaron Ehasz is amazing. But I’m disappointed :(

Not a flop, per ONTDs hopes :)

-The Flash season 5 panel at Comic Con announced Chris Klein will be playing the villain Cicada
-His character is described as “a grizzled, blue-collar everyman whose family has been torn apart by metahumans”

-He spoke with Larry King and said the incident was a mistake
-Was frustrated because it was a 3:00 a.m. flight from Peru to LAX and the airline had given away their tickets, and baby son Wolf was teething
-The cause of their fight was this: “When my wife found that I’d ordered a drink, she got very, very angry with me because I shouldn’t drink. It doesn’t suit me and I had been sober for a long time.”
-He has now learned his lesson, and wife Mara Lane apologized on his behalf, saying that his behaviour was "out of character"

7/10 of the films in the top 10 are sequels. The only original films are Skyscraper, Unfriended: Dark Web, and Sorry to Bother You.

The Equalizer 2 and Mamma Mia: Here We Go Again! mark the first time that Denzel Washington and Meryl Streep have appeared in sequels.
( Collapse )

Anthony Jeselnik is a comedian whose schtick is to be offensive but claims he is not as bad as those ~conservtive offensive comedians~ because his jokes are funnier or something. He has worked on the Jimmy Fallon show, comedy central, roasted Donald Trump, and his 2015 stand up special is on Netflix. I haven't seen it, so I can't tell you if it's funny or not. He also really really likes rape jokes about children and making light of children dying.

Some random conservative user, as revenge for Roseanne and in response to Jeselnik's political tweets, gathered a bunch of CSA jokes from Jeselnik's timeline in an attempt to call him out. Since Jeselnik is known for this type of "humor" his 1.14M followers banded behind him, expressing their thoughts about how funny his rape & pedo jokes are and making a lot of their own.

This was Jeselnik's response. Also you can see the quoted tweets, if you want to read garbage.
( Collapse )

high school for assassins? in 1980s? sign me up thanks

+ They reminisce about attending President Obama's 55th birthday party
+ Janelle says it's the best party she's ever attended
+ Ellen DeGeneres pushed Stephen onto the dance floor and Janelle put her hat on his head, and that's how they met

ONTD, did you watch anything as a kid that made people concerned about you?

Disney has shared a first look of actress Sadie Stanley as Kim Possible for their upcoming live-action movie of the animated series. Are you guys here for it? 👀 pic.twitter.com/dxDuzYR9d0

I dig the pants straps?

Season five returns on November 28 with the arrival of a legendary Viking, the famous Duke Rollo (Clive Standen), who causes further upheaval in a Kattegat still reeling from Ivar the Boneless becoming its King. As Bjorn (Alexander Ludwig) and Lagertha flee Ivar’s murderous forces with Bishop Heahmund (Jonathan Rhys Meyers), Ivar’s tyrannical reign over Scandinavia ushers in a new Dark Age, the likes of which have never been seen. Ultimately, Ivar’s reign will not go unchallenged by the sons of Ragnar and old enemies will become allies to defeat the despot who has declared himself a God on earth. Meanwhile in Iceland, Floki (Gustaf Skarsgård) battles the elements, and his own settlers’ desire for revenge, to forge a Viking colony on the beautiful and desolate landscape.

The DC Extended Universe has finally been officially branded... as 'Worlds of DC' https://t.co/jfCvXPzmn7 pic.twitter.com/RPBP8ksW39

-Ever since BvS came out and it was established that DC would begin their own cinematic universe everyone has been calling it DC Extended Universe.

-At SDCC DC finally decided to give themselves an official name...and instead of the DCEU they have coined the name Worlds of DC for their movie brand......

-By naming themselves WoDC they can make multiple DC films in various continuities and do as they please much like their animated movies that consist of "original" content along with their "New 52" verse content that tie together.

Much like Donald Trump, the Kardashian Klan is no stranger to lawsuits. After the launch of her Kimoji fragrances, the company Vibes who has been using its logo since January 2011 and filed a federal trademark application for it in April 2012 filed a lawsuit against the social media mogul on Wednesday. A registration number for Vibes was issued in June 2013.

Vibes has asked KKW Fragrance to cease selling and advertising any goods or services that include the copied logo, and to destroy all related inventory, advertisements and materials displaying similar to the logo.

I wish people would stop buying their crap lol

SyFy has renewed Wynonna Earp for a fourth season, to air in 2019. Originally it was mistakenly reported as being a 10 episodes season, but will in fact be 12 episodes.

FYI it is 12 eps, the articles are wrong.

-Ryan says that playing Deadpool is his dream job and he loved everything about it
-If he wasn't playing Deadpool, Ryan would have loved to be the Flash
-Stefan would have loved to be the Punisher
-someone asks Ryan which movie he hated more The Green Lantern or X Men: Origins... He said both of the movies were bad
-Ryan loved working on Two Guys, a Girl and a Pizza Place
-Ryan wanted to do improv comedy
-Brianna says she's happy about her character having a girlfriend
-Zazie says that the star around Domino's eye was inspired by vitiligo and wanted to normalise that

Evanna Lynch recently appeared in a July 2018 online exclusive of Schön! Magazine, photographed by Toby Shaw in his Hastings Studio at the Memorial Art Gallery. (Click for full size.) 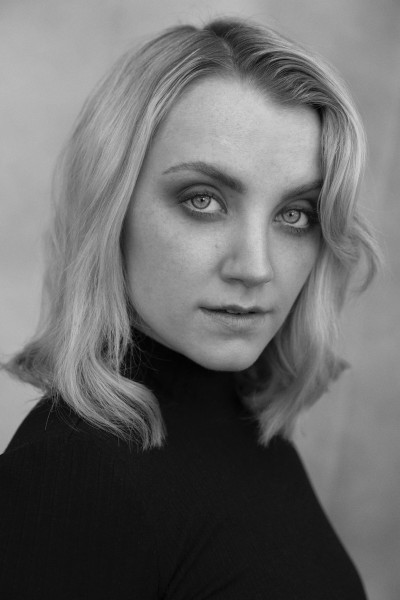 Kid Cudi has been secretly working on a TV show, with Jordan Peele in talks to produce https://t.co/wO7Fcco6iF

Do you want Kid Cudi back on your TV?

Whose hand is this? Korean company gets inclusivity wrong with a blackface manicure https://t.co/oy1LdxE6hK pic.twitter.com/qReEcV7xdR

There was a blank space at Taylor Swift's concert with Emma Stone's name on it and you can bet Swifties were thrilled to see her there. https://t.co/JpoSD7uSJX

-She attended the first Metlife show
-According to fans , emma and gigi were going hard for this is why we can't have nice things
-They've been friends for over a decade

In the video, the two bounce around a Dollar General CandyLand and play Patty Cake!

ONTD, are you so desperate to be seen as relevant that you’ll work with pedophiles? This gross ass pandering. 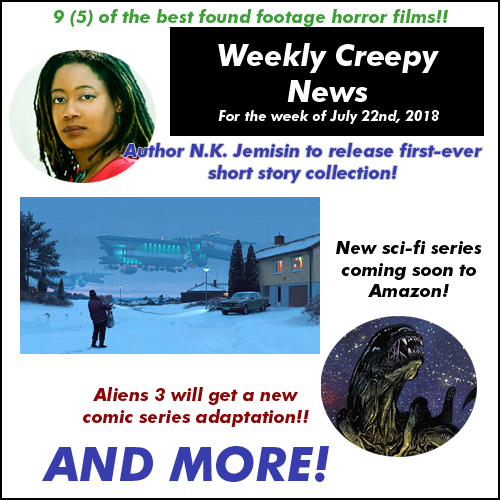 Drake paid more than $10,000 for 1,000 individual frozen treats at 5 different locations in the L.A.
He did it to promote his new album 'Scorpion'. Lyrics are plastered on the sides of the Ice Cream Occasions carts

Amanda Cazalet, the model featured in Madonna's controversial mv, "Justify My Love," claims that the singer stalked her for two years after kissing her passionately in the video.

( Collapse )( Collapse )
--Cazalet says Madonna's behavior would be "classed as stalking today."
--She also says "Madonna became obsessed with me. At the time I wasn't offended, but looking back, I realise I was taken advantage of by someone who, at the time, was my boss."

Thanks for the help, zyuranger! 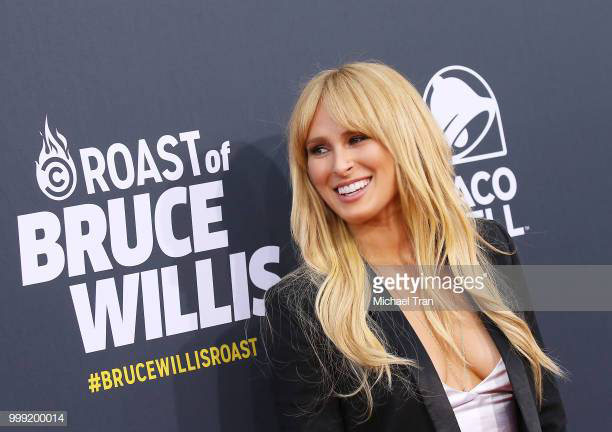