Vlad the Impaler reimagined as a woman, the worst psychiatrist in all of literature, and a dazzling new fantasy from the author of Uprooted. Check out the brand new books hitting shelves TODAY: https://t.co/e4X7awBmAS pic.twitter.com/F7Eflg3axp

– Marina Diamandis announced in a tweet she's finishing production on her next album and that promo will start in the fall: "Hello friends. I hope you're all enjoying the summer! I'm on my way to LA to finish production on my next record + I feel so happy with it. I know it's been a while but I promise this next record will be worth the wait! See you in the Autumn. Love, Marina."
– She also had an interview with Abbey Road Studios talking about how production is going: "Really, really well. I took a break and then have kind of been writing ever since. I've kind of been writing more than I ever have before... which is kind of unexpected because I thought I was just, not gonna do this anymore for a while. So I'm really excited to put something out – 'cause it's been I think three years."
( Collapse )

Terry says that being a positive person can make good things happen to you. He said he was confident that B99 wouldn't get cancelled and was shocked at the news, the cast was so lost, but then NBC stepped in and saved the show which made everyone happy. He is grateful for every opportunity he's got and is very happy that Brooklyn Nine Nine has so many fans.

When Jane discovers that Sutton has been hiding a gun in the apartment, the girls realize they have polar opposite views on the subject. Meanwhile, Adena shocks Kat with her latest suggestion.

The story of the rescue of 12 boys on a youth soccer team in Thailand from a cave is becoming a movie https://t.co/hGWXCIvIQr

Because OF COURSE IT IS...and it's being made by the wrong people.

Since Scarlett Johansson wants an Oscar so bad, maybe they can hire her as the hero coach.

Under the eyes of the marketing dept at MGM, someone thought it would be fun to create a #HandmaidsTale wine collection - 'Offred' and 'Ofglen' (feisty reds, natch), Serena Joy an "austere" white. Unsurprisingly, it's been cancelled https://t.co/iUV6rdu8oU

ONTD if you were on The Handmaid's Tale marketing team what products would you sell?

Cardi B posted on instagram that she and Offset had welcomed daughter Kulture Kiari Cephus on July 10th.

New posters were released of Saoirse Ronan (as Mary) and Margot Robbie (as Elizabeth I) from their upcoming historic drama, 'Mary Queen of Scots', set for release December 7, 2018. Here's a summary:

Mary Stuart's attempt to overthrow her cousin Elizabeth I, Queen of England, finds her condemned to years of imprisonment before facing execution.

It was announced that Yuu Shirota will release his first musical album, called 'A Singer', on october 24th. He's mostly known for his role as Death in the Japanese production of Elisabeth, Tuxedo Mask in Sailor Moon and Tezuka in Prince of Tennis. It's been over 6 years since his previous solo album. While Yuu is working on his new album, Ramin is also currently working in Japan, where he plays the role of Che in Evita. They first met in 2013 through a series of concerts called '4 Stars: One World of Broadway Musicals' and have been long-distance besties ever since. They will sing Yami ga Hirogaru (Die Schatten werden länger from Elisabeth), which they also performed together at 4 Stars. Fans have been begging for footage.

I'm not sure if

ananasonastick has submitted a post, if not, here's one.

John Schnatter -- the founder and face of Papa Johns (and its former CEO) and racist goblin -- got caught being a racist again during a conference call back in May.

The call between PJ's executives and a marketing agency was a role-playing exercise designed for Schnatter to prevent another PR disaster for the company. It went as well as expected. Schantter was asked how he would deal with racist groups online and responded by stating that "Colonel Sanders called blacks [the n-word]" and when he lived in Indiana as a child he saw people drag blacks from trucks until they died. Soon after the call ended, the marketing agency terminated its contract with PJ.

Back in January, Schnatter stepped down as CEO after slamming the NFL protests, claiming that lack of leadership was hurting sales. His comments caused an immediate 11% drop in the companies stock (which has now grown to 25%). The companies stock has already dropped another 4% after this story was released.

The wild days have just begun. Keira Knightley is Colette.
Based on the true story - in theaters this fall.

However, you can't have these three artists together and be free of issues/drama: first, Paulina made headlines for her awkward beginning, where it wasn't clear if she didn't know they lyrics of her song, if she couldn't follow the music or if she couldn't find the right tone to start.

The musical is currently doing a pre-Broadway run in Boston and stars Karen Olivo, Aaron Tveit, and Danny Burstein.

#ArianaGrande doesn't get why some artists don't take a political stance, fearing for their revenue stream or reputation. "Not everyone is going to agree with you, but that doesn’t mean I’m just going to shut up and sing my songs." https://t.co/y6Rt3n6Lm6

Ariana's interview with Elle Magazine is out. A few key quotes below.

On politics: “Not everyone is going to agree with you, but that doesn’t mean I’m just going to shut up and sing my songs. I’m also going to be a human being who cares about other human beings; to be an ally and use my privilege to help educate people. Instead of unfriending people on Facebook who share different political views, comment! Have a conversation! Try to spread the fucking light.”

On the Manchester attack: “You hear about these things, you see it on the news, you tweet the hashtag. It’s happened before, and it’ll happen again. It makes you sad, you think about it for a little, and then people move on. But experiencing something like that firsthand, you think of everything differently… Everything is different.”

What do you think of George Lopez publicly urinating on Donald Trump’s Hollywood Walk of Fame star? Do you think this was right or disrespectful? #georgelopez #trump #donaldtrump #walkoffame #star #wednesday #bloggers #socialites #socialmedia #ikennaobisblog pic.twitter.com/eufm9ihcM6

Donald Trump's star has been dismantled, vandalized and now comedian(?) George Lopez urinated on it.

– Netflix released a trailer for this retelling of the Cyrano de Bergerac story they acquired the rights to earlier this year. Releases on streaming September 7th, 2018.

"A case of mistaken identity results in unexpected romance when the most popular girl in high school and the biggest loser must come together to win over their crushes."

ONTD, are you ready for the next queen of YA to take her throne? No Barb jokes allowed it-is-law.gif.

Nicole Maines, 20, was the student in the 2014 Doe v. Clenchy case that set a precedent for trans people to use the toilet of their choice.

Maines has been studying at the University of Maine but plans to leave school to star in the indie horror film Bit. The film follows a trans teenager, Laurel (Maines), who is "trying to fit in with and understand a group of intersectional feminist vampires in LA."

Previous television appearances include Royal Pains, the HBO documentary The Trans List (alongside Laverne Cox, Caitlyn Jenner, and others), and Not Your Skin.

-Mangold says that the backlash from these genre films (Star Wars, MCU & DCU) franchises are going to hamper any A-List talent from joining these properties.
-" Loving something is fine and good, but when it turns into trolling and harassment it does real material harm to the people involved in creating those things."
-And Mangold is right: people will leave. And people most vulnerable to this sort of treatment, women, and people of color and marginalized folk of all sorts, are going to be the ones who are driven out most quickly and easily."

At the point when work writing & directing big franchises has become the emotionally loaded equivalent of writing a new chapter of The Bible (w/ the probable danger of being stoned & called a blasphemer), then a lot of bolder minds r gonna leave these films 2 hacks & corp boards.

-These are 1 out of 3 tweets he tweeted about this issue.
-Mangold directed Logan to high praise and acclaim from both fans, critics, and people.

A spokesperson for the hotel has said : “At Four Seasons the well-being of our guests is our top priority. The team was in touch with Ms. Spelling throughout her stay. Out of respect for the privacy of our guests, we do not share information about our guests or their time with us.”

While packing for an Ireland-bound flight, Oscar-nominated actress Saoirse Ronan answers 73 questions from Vogue. Saoirse talks about her famously difficult first name, the causes closest to her heart, and best advice she's ever received. Also, according to Saoirse, the Irish goodbye is NOT a thing...

'YOU RUINED MY LIFE': Groper DJ to Taylor Swift one year after trial
https://t.co/dI42rKypZ2 pic.twitter.com/hOLeD1zvCj

the dude that shall not be named denies ever groping tswift and says he was ~not ready for the photograph to be taken~
“How can you live with yourself? You ruined my life,” the dude is quoted saying.
“Now I’m afraid to even talk to women. I feel like I’m in a prison,” he said. “I’m not myself anymore. I don’t even go near women.”
the poor guy is getting made fun of at his new dj job that he got even though tswift won her trial and he thinks that's unjust :(
“It makes me upset. I was always the gentleman. I would always say, ‘Hey, watch your language, there’s a lady here,’ and then I get accused of this,” he bullshitted.

on whether he regrets ever suing tswift:
“I know that if I didn’t do it I would have never been able to live with myself,” the radio host added. “At least now that my life is totally screwed up I’m proud of myself.” After being exposed for using a racist slurs at a May conference call, John Schnatter turned in his resignation on Wednesday night as Chairman of the Board of Papa John's.

The company said Olivia Kirtley will step in as Lead Independent Director for the firm until the board appoints a new chairman in the coming weeks.

When you and Bae #DoTheShiggy On Top of Cape Town on ur #Honeymoon. @DangeRussWilson #InMyFeelingsChallenge pic.twitter.com/wjjdIm7YEg

~ I N M Y F E E L I N G S ~ When you miss your ✈️ and have extra time on your hands... why not 🤷🏾♀️ #InMyFeelings #TheShiggyChallenge #InMyFeelingsChallenge #DoTheShiggy pic.twitter.com/7v838cFffI 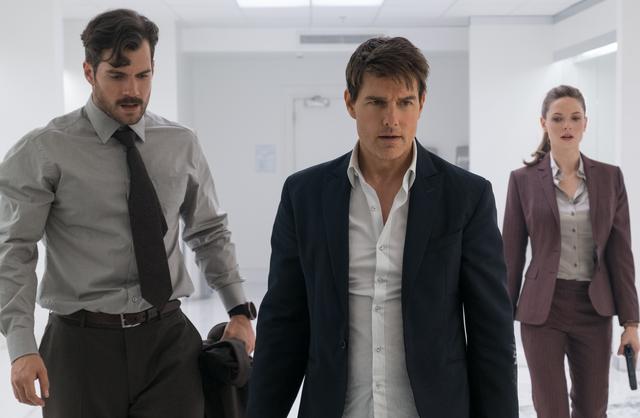 The rest at the source
source

.@selenagomez talks about Ariana's engagement with Pete Davidson in a recent interview: "It's amazing and beautiful." pic.twitter.com/RXiQzuyErm

-Some of the choices they chose are very random choices/picks.
-A list of celebs & their celebrity look a-likes/counterparts below.

OP Note: I sincerely apologize about the other post, for the list I included more than 5 people. Hope this works mods!

Who is your celebrity look a like/doppelganger, ONTD?

Paula is back! The iconic singer, dancer, and choreographer is going back on the road following the success of her joint tour last year. This time you'll get all of Paula as she will be headlining the show herself, giving fans her first full-length concert since 1992. For tour dates and tickets go to: https://tour.paulaabdul.com/