- Julianna Margulies was offered to bring back Alicia Florrick during Season 1 of The Good Fight, but declined as she didn't think it was fair to the new shows cast.
- She doesn't rule out a cameo in the future.
- She watched The Good Fight pilot but no other episodes, saying she couldn't watch another law show but may binge watch it in the future.
- The Good Fight is available on CBS All Access and season 3 will return in early 2019. Julianna currently stars in AMC's Dietland as a series regular.

ONTD Do you think Julianna should return to her most iconic role?

While promoting her new TV show "Sharp Objects", which premires on HBO this Sunday, alongside her onscreen mom Patricia Clarkson, Amy Adams revealed that they are still working on the Enchanted sequel.
Titled "Disenchanted", the sequel will be set 10 years after the first movie, with Giselle finding herself questioning her happily-ever-after life and accidentally triggering events that make everyone's lives turn upside down in both the real world and in the animated kingdom of Andalasia.
Adam Shankman (Hairspray) is set to direct.
None of the original cast has yet signed on to return.

I hate to say it but this song slaps.

All tier 5 raids will be taken over by Articuno's. There is no indication of how many shinies will be available during the event time but there will be some. Keep in mind some area raids may not have any shinies at all.

You will be able to pick up 5 five free passes during the 3 hour event but can only hold one pass at a time.

Articunos are weak to Rock pokes so Tyranitars, Golems and Omastars are highly recommended when battling the legendary birds but also Raikou, Blaziken and Moltres are equally helpful.

A fan video of Meghan Markle taken back in June has some people thinking the Duchess of Sussex has a British accent! pic.twitter.com/WRMTBrVIzB

no tag for princess meghan?

Jodie Foster gave a rare long interview to Net-a-Porter's The Edit to promote her sci-fi thriller Hotel Artemis, which is about a futuristic hospital for criminals.

She openly talks about being gay, saying, “Every day is gay pride day for me.”

On the #MeToo movement:

“This is a transitional period... You really have to have a plan for truth and reconciliation. We can’t put every man over 30 in jail. We have to love our brothers and fathers and come to an understanding about how we got here and who we are going to be together.”

But she's not a spokesperson or leader for either:

“I don’t feel that I am a spokesperson for anything. It’s just not my personality. I do serve – I just serve in a different way."

-Has a weird relationship with her mom

-Is open about her wife, Alexandra Hedison

-Meditates with an app

After releasing one of the coolest songs/videos of the year, Héloïse Letissier finally announced that the follow-up to her critically acclaimed debut album 'Chaleur Humaine' simply titled 'Chris' will be released on September 21.

The heat wave that has implemented its waves over us the last week or so was a lot.
Let's take a look at some random assortment of Celebrities doing their thing over the Summer.

Natalie Portman(Padmé Amidala) ran into some old friends at @Disneyland. -B- pic.twitter.com/rGtznfFTyk

Natalie Portman as everyone’s mom posting not-so-great photos of herself having a blast at Disneyland is the day’s mood pic.twitter.com/9voNWcTCAV

-Just in time for the franchise's 25th anniversary, Funko is giving us what we deserve!

-While the 6 MMPR rangers have already been released, this will be the first time they are released sans their helmets.

Nothing says “we’re back together” like wearing each other’s clothes. https://t.co/YZFWqR6YFH

-Somebody has been spotted walking around New York with some dyed hair and an interesting outfit.... no, I'm not talking about Pete Davidson!
-Zayn was spotted with a new hairdo, looking like a silver-blue fox
-His sunglasses are from Gigi's Vogue eyewear collection, and she was seen in this t-shirt last month
-Vogue concludes that they must be back together, even though we already knew that

Cannabis brownie enthusiast, and sometimes actress Kat Graham has finally had enough of her C-list fame, and engaged in a twitter fight with her (now former) fandom.

After one of the fans'd expressed that she missed the actress, she got informed that she did not, in fact, miss Kat, but Bonnie Bennett (Graham’s character from The Vampire Diaries).

Kat's twitter account is now set to private, with Kat herself actively trying to regain the sympathy of her three remaining fans.

To Kat's defense, as the only WOC in the Vampire Diaries' main cast, she's had to endure years of bullying from the so-called fans. She was bound to snap at some point.

ONTD, do you miss Bonnie Bennett? 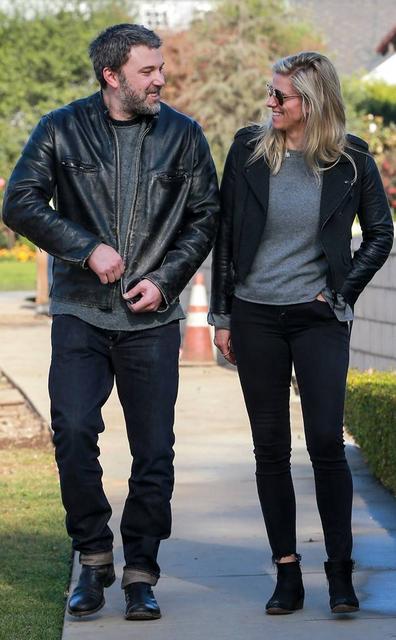 Things are heating up between Linds and Ben.

They are stronger than ever.

A source tells ENEWS that Lindsay is spending time with Ben during the summer months.

"They are also taking some trips and spending time with her family in New York."

Linds is spending quality time with Ben and her other family members together.

"Her parents are crazy about Ben and think he is so smart and charming. They are totally captivated by him and he has been very generous and warm to them."

"Lindsay is crazy in love."

Those close to the couple believe they make a great match.

As a follow-up to this post where it was speculated that The Strokes would be playing a secret show in London... It's actually turned out to be fake news! And boy has it caused a shitshow.

The Strokes won’t be playing London tonight after venue says tweet was “nothing to do with us" https://t.co/4tljGt7HpM pic.twitter.com/ms2eJYrANr

-The venue, Dingwalls, was encouraging people to share the post on social media, saying max. 8 tickets per person, etc.
-They later posted that there was no reunion to be had - some "joker" had posted that, and they had nothing to do with it, despite it being on their social media outlets
-About 500-600 fans had started lining up for tickets, so Dingwalls tweeted, telling them to go home
-Dingwalls is now calling this "a hoax from a booking agent" but also speculating that a former employee is to blame
-The Strokes' manager, Ryan Gentles, even got involved, saying "nope, not us... no Strokes show at Dingwalls"

Queue for The Strokes at Dingwalls. They’ve rearranged the queue so it doesn’t block the market now. Hopefully not everyone will need 8! pic.twitter.com/bcSGLmiUgn

Happy couple: Chris Pine and Annabelle Wallis finally confirmed they are dating as they stepped out holding hands while on a date night in central London on Wednesday pic.twitter.com/O8Rb7IzO22

"I can’t trust Ryan Murphy to follow through in a satisfying way with any of his shows" https://t.co/EGiPO9i74j 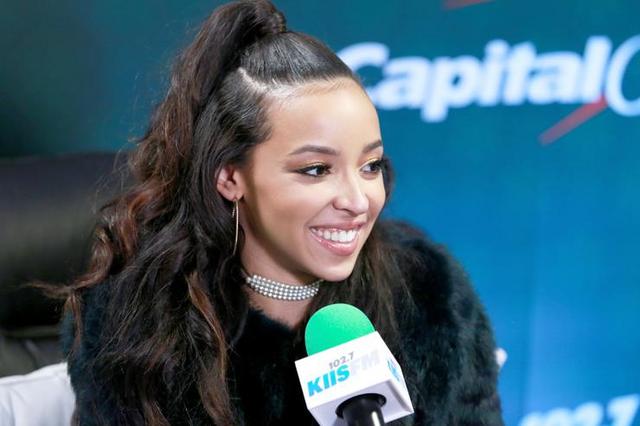 Tinashe told a TMZ reporter outside the club: "He's texting me. What the hell. What's he doing?! What an idiot!"

Now, according to TMZ, Ben "called Tinashe out" after seeing the video, and "she admitted she made it up and created unnecessary tension."