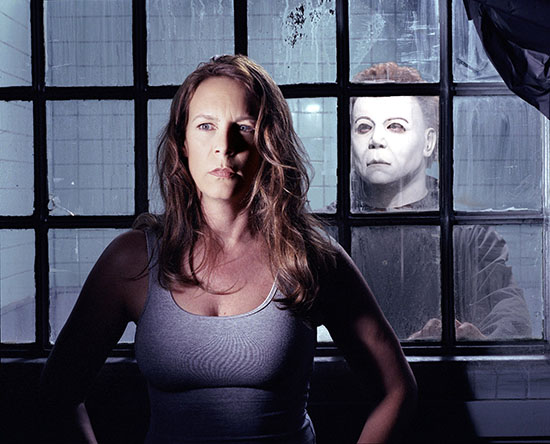 Jason Blum (of Blumhouse Productions) has heard us bitching and is ready to appease us!! He recently took to Twitter to hint a trailer is coming really soon in June.

And while I’m twittering as opposed to “tweeting” I want to assure #Halloween fans that we hear you. We have read your comments. And I can assure you that early June will be a happy time for you or perhaps I should say for most of you. xx

At CinemaCon, the trailer debuted and wigs went off to Haddonfield. The official site https://www.halloweenmovie.com/ is up and running. Not much is up but it has a "save to calendar" feature and more things later.

The official synopsis: Jamie Lee Curtis returns to her iconic role as Laurie Strode, who comes to her final confrontation with Michael Myers, the masked figure who has haunted her since she narrowly escaped his killing spree on Halloween night four decades ago.

Mikey comes back to Haddonfield for his asylum release date of October 19, 2018.

The embedded tweet has a spoiler-y pic so I'm going to put everything behind the cut!

- she is not planning her wedding yet but it's a priority,

- apparently she did not tell Joe Jonas anything about GOT8 but he would love to have a cameo.

Police are looking into death threats made to Loris Karius after the Champions League final.

- Merseyside Police reminded social media users than any offences (including malicious communications and threatening behaviour) will be investigated,

- Loris Karius and his family were the subject of threats,

- his two mistakes helped Real Madrid to a 3-1 win. -Angelina filed for divorce in September 2016 and the divorce has not yet been finalized. The custody dispute is reportedly why it's been dragged out.

-Angelina originally asked for sole physical custody of the children, and Brad responded by filing for joint physical custody in November. By December, they agreed on a temporary agreement where the kids would stay with Angie and Brad would have "therapeutic" visitation days.

-However, the latest dispute is that Angelina wants to film in Europe for several months and have all six kids with her. Brad is blocking this from happening. He will be filming at the same time in LA and wants to see the kids on his regular custody schedule.

-An insider says that Angie is "furious," but Brad "feels that Los Angeles is their home base and this is where it is best for them to be."

-Angelina does travel with the kids. She took Shiloh and Zahara to Jordan in January to visit a refugee camp, and she took all the kids to Paris that same month.

-Both the FBI and the LA County Department of Children and Family services cleared Brad of any child abuse allegations from the plane incident. The temporary custody agreement came shortly after.

Cara and Ashley were pictured holding hands a couple of weeks ago, then some people spotted them making out in NY last week. And now theres pictures of Cara being affectionate in LA.

Cara, a few months ago, was rumored to be with Paris Jackson, but apparently Paris denied it multiple times in Instagram comments, through Gossipcop, and a source (aka her publicist) told People that they're just friends. Twitter tells me she's dating some ugly guy.

Sources: these random Twitter accounts that posted pictures and made this whole post easier for me: 1 and 2 and 3.

Katy Perry has apparently dyed her hair purple! She posted a snap on Instagram of her new color. Recently she dyed it pink and got people excited when she wore a long, black wig that looked like her old hairstyle.

The purple might be temporary and as it fades it will tone her blonde hair.

What is your look for this summer?

Kylie Minogue (the one, the only, the true Kylie) turns 50 today and is proving she's still got it by releasing the music video for her song "Golden" from her 2018 album of the same name!

- Author feels like reading doesn't only give empathy, but also a jumping off point for crucial conversations

- Author mentions a couple of YA novels (Juliet Takes a Breath, Labyrinth Lost, I'm not Your Perfect Mexican Daughter)

- But also poetry (The Poet X), non-fic (Tell Me How It Ends) and horror (Things We Lost in the Fire).

- Fifteen books by female authors at the source


ONTD, do you make a conscious decision about whose story you want to experience when picking what to read? Last foreign authored book you read? BOOK POST

-At Comicpalooza in Houston over this past weekend, Krysten Ritter was asked about tragically cut short show.
-She replied that she is always trying to find ways to bring it back, especially with the trend of shows coming back even though she's busy with Jessica Jones since it's starting the third season's production soon.
-Mentions that fans should tweet about it to create chatter, especially at Netflix.
-On what she thinks Chloe would be up to now: “She probably owns a hotel chain or something, something fancy. She's made it, she's made it big time.”
-Rumors of a holiday special were floated a few years ago. 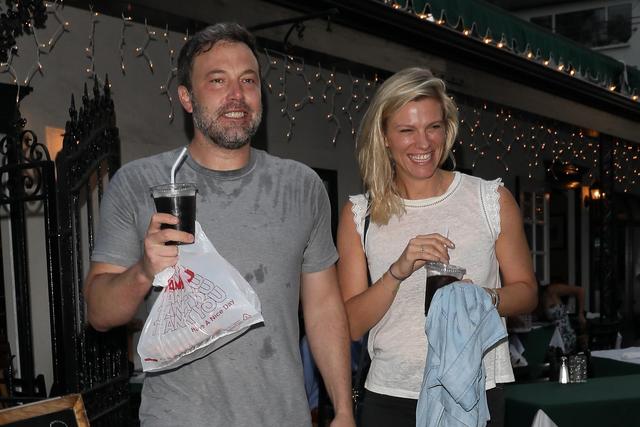 Ben Affleck and Lindsay Shookus will soon celebrate the one-year anniversary of their affair relationship.

Ben met Lindsay, an SNL producer, when he hosted the show in 2013. They began an affair waited until after Ben's divorce to begin a relationship. At the time, Jennifer Garner had just given birth to their third child.

In case you were worried that his career might suffer, don't worry: He is filming two new prestige projects and is apparently still set to star in The Batman and Justice League II. 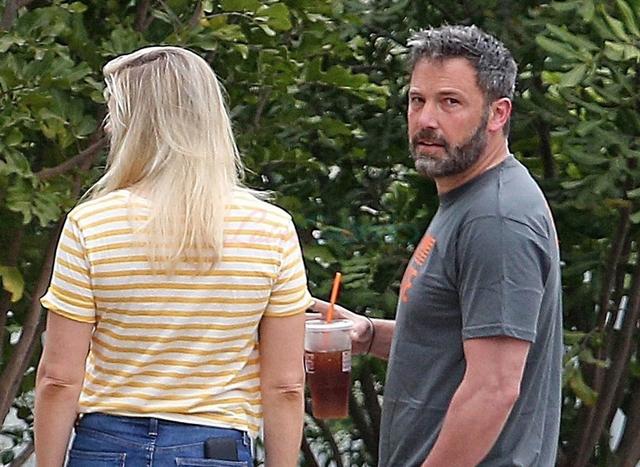 Have u been in a messy relationship, ONTD?

You see my last Luis Miguel post had a good reception and it came at absurd times because I screwed up the post the first time, but NOT NOW! 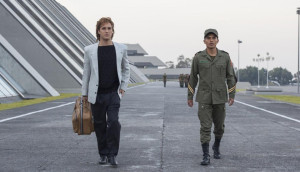 Here are the chismes facts we learned from episode 6 of Luis Miguel: La Serie

There's a new episode of Luis Miguel: La Serie on Telemundo every Sunday in the US (tho it's pretty censored lol none of yall got to see that full Boneta moment last night rip), and on Netflix for the rest of the world. Pls watch, esta buenisimo

After dodging a bullet getting her heart broken, Becca is ready to find love. Will it happen?

Azealia Banks responded to Kim Kardashian's riculous Rhymefest tweet today and took the opportunity to call out Kanye and Rihanna for leaving her to starve while working for them in the studio.

She tweets, "But it’s dedicated to Kanye’s mom... i would assume kanye would be the one sustaining the foundation. Not everyone can afford to pay loads of $ sneakers. I was at that session and kanye had a private Chef cooking food for only him. Kanye had niggas in the studio hungry and broke." She continues, "Literally the most obnoxious thing to watch kanye eat a plate of cantaloupe wrapped in prosciutto off Versace plates and 24k cutlery while not offering anyone in the room a single snack."

But it’s dedicated to Kanye’s mom... i would assume kanye would be the one sustaining the foundation + not everyone can afford to pay loads of $ sneakers. I was at that session and kanye had a private Chef cooking food for only him. Kanye had niggas in the studio hungry and broke https://t.co/LiAdkE7VPW

Literally the most obnoxious thing to watch kanye eat a plate of cantaloupe wrapped in prosciutto off Versace plates and 24k cutlery while not offering anyone in the room a single snack. Niggas kept looking at him hoping he would offer and it was the most awkward shit ever

Hours after her Harry Potter costar Matthew Lewis announced he got married, Emma Watson reportedly broke up with boyfriend Chord Overstreet (of Glee fame), after being together for six months.

The top-class journalists at The Sun realized this when they two stopped following each other on social media recently. Also, this from an 'insider':

“Emma and Chord kept quiet about their relationship at first but they really hit it off. They spent a lot of time together in Los Angeles and were photographed quite a bit just a couple of months ago. But things just haven’t worked out between them and they are both now single again.”

Monster Week, hosted by The Cryptid Factor, has officially kicked off as of yesterday over at Animal Planet.

Sharknado is back - Surprise! you thought you'd seen the last of her? Actually, this really is supposed to be the last Sharknado movie. Here's a teaser for the sixth and (allegedly) final film in the series:
( Collapse )

Meg, which is coming to theaters on August 10th (I know you have your calendars marked), has a brand-new TV spot that I unfortunately cannot embed... click here to see.

And lastly, this post would not be complete without some killer crocs.

As Bloody Disgusting reports, SyFy channel is having a marathon of killer croc flicks today, ending with the latest in the Lake Placid series, Lake Placid: Legacy.
( Collapse )

SOURCES 1 2 3 4 5 6 7
Animal icons via  Freepik from www.flaticon.com, licensed by CC 3.0.
Crocs are so cute! Don't you want to pet them, ONTD? Anyway, favorite animal from a sci-fi/horror film? 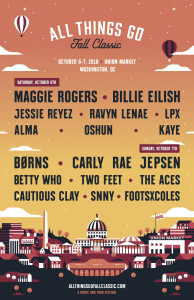 Gwyneth Paltrow Tells Us What Made Her Know Not to Marry Ben Affleck (via @JustJared) https://t.co/yzKV1VBv9B

-Gwyneth thanked Ben when she won an Oscar in 1999, but they didn't last - and Howard Stern recently asked her why
-Gwyneth said it's interesting how we have certain boyfriends where we're trying to heal stuff from our childhood and he was very much a lesson in that way
-She also said, “He... I’m not sure exactly what I was trying to heal in that instance but it was, he was, ya know, it was specific.”

ONTD, how did you know it was time to break it off with someone?

Congratulations, Matthew Lewis, we're all devasta— I mean, happy for you https://t.co/3FdlS4lW0d

The Harry Potter star married his fiancée Angela Jones this weekend. The pair met at a Wizarding World event in 2016.

Khloe and Tristan are still trying to make it work after the cheating scandal that came out two days before she gave birth to bb, True. Khloe finds it hard to trust Tristan when he goes out of town, giving him a short leash and wanting him to prove he's a good guy. The "neediness" has caused a little bit of conflict lately.

Khloe is more focused on being a mom to True, but still has time to rant against people who give her advice on her man-troubles.

People spend too much time finding other people to blame, too much energy finding excuses for not being what they are capable of being. People these days are focused so much on someone else’s life instead of their own.

The Kardashian kept ranting about people giving her advice when they're probably right.
( Collapse )
Source 2 3

Stewart Lupton, vocalist for Jonathan Fire*Eater has passed away at the age of 43 years old. An Instagram post reposted by his cousin, Sarah Lupton, confirmed his passing. The group did not achieve worldwide fame, but they once opened for Pulp and Blur on tours. They are one of the most cited influences of bands like The Strokes, The Yeah Yeah Yeahs and Interpol. In the late 90s there was a record deal bidding war to sign the group, but tensions in the band led to a breakup. Three members of Jonathan Fire*Eater - Walter Martin, Paul Maroon and Matt Barrick went on to form the critically acclaimed band, The Walkmen. After leaving Jonathan Fire*Eater, Lupton moved back to Washington, D.C. to study poetry.

No official cause of death has been released.

ONTD have you ever lost millions of dollars?

ONTD, what's your favorite changed or original ending of a movie?
Collapse