I love Florence's awkward dancing so much, queen of vaguely graceful flailing! 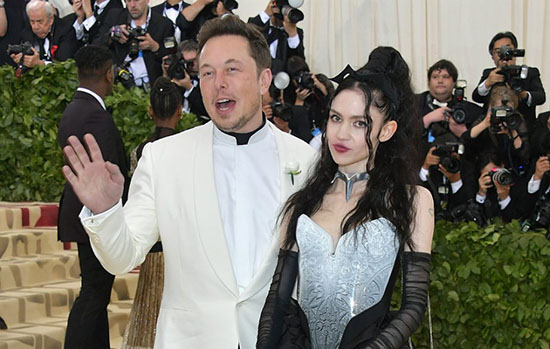 Grimes is changing her name to c, the scientific symbol for the speed of light, which would make her legal name c Boucher instead of Claire Boucher. Stans need not worry since Grimes is still her musician name. Since coupling, stans have been a little curious about her choices lately, wearing a choker co-designed by Musk and removing and adding again "anti-imperialist" on her Twitter bio.

Grimes has come under a little heat since the new couple came out from those who see a conflict with an "anti-imperialist" who penned a feminist manifesto dating a multi-billionaire whose company was accused of racial harassment, anti-gay harassment, exploiting foreign workers, and intimidating union workers. Justine Wilson, who was his first wife, said he called himself the alpha, told her she read too much and to dye her hair blond. Musk also claimed he can't be happy single.

Grimes and Musk met through Twitter about mutual interest Roko’s Basilisk, a thought experiment about A.I.

🌺 MY ALBUM BLOOM IS OUT AUGUST 31st 🌺 cover art by @hedislimane pic.twitter.com/uhVwOI7rIA

So when do @MarvelStudios want me @mindykaling @kumailn to get started on the MsMarvel screenplay ?

- Kevin Feige recently confirmed in an interview with BBC that a Kamala Khan film is "definitely sort of in the works". For those who don't know, Kamala Khan is a Pakistani-American superhero who lives in New Jersey. She has the ability to heal, grown, and shrink at will. Upon hearing the news, Riz Ahmed tweeted out that he wanted to start writing a screenplay for the film along with South Asian actors Mindy Kaling and Kumail Nanjiani. The Good Place's Jameela Jamil also joined in on the conversation. -Church hasn't been used in years.

-Wilson Bethel has been cast as Bullseye for Daredevil's third season. The trailer is also rumored to be dropping soon...

ONTD, do you have a thing for younger dudes?

THE ONLY WEDDING THAT MATTERS THIS WEEKEND IS TONIGHT!! 😜 #Brooklyn99 pic.twitter.com/QcTWPJSPjT

-It's the FOX series season finale of Brooklyn Nine-Nine tonight. It will be airing on NBC as of 2019.
-Jake and Amy will be getting married but not without a few hiccups because what TV wedding ever goes smoothly?

Who else is excited?? Brooklyn Nine-Nine party post! Discuss your favorite Jake/Amy moments

Holly, Brian, and Drew reunited for a con this weekend and decided to share some pictures on the latter's 38th birthday. She also posted an Instagram Story of them singing happy birthday to Drew.

The winning girls from The Unit, finally made their debut with a sexy concept,and a reggae inspired summer bop in "No More" (Stan Uni.T!)

ONTD is anyone watching Busted! on Netflix? Are you ready for your faves to collaborate with Kpop artists? 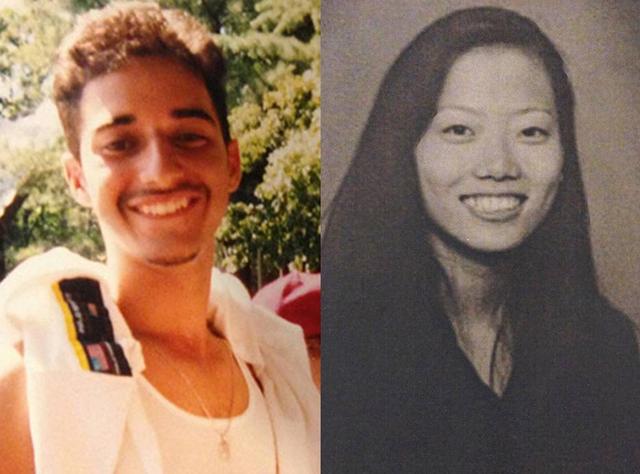 *Adnan Syed will be the subject of a new four-hour docu-series on HBO. HBO claims to have new evidence on the case.

Syed was convicted of murdering his girlfriend, Hae Min Lee, in 1999. The NPR podcast Serial made his case famous and cast doubt on his conviction.

He has been granted a new trial, but the prosecution has filed a motion to prevent it.

The State of Maryland granted him a new trial because his lawyer failed to call a witness who claims to have seen him at the time of the murder. A friend of victim Hae Min Lee claims that the witness is unreliable and is "riding the publicity" from the case. 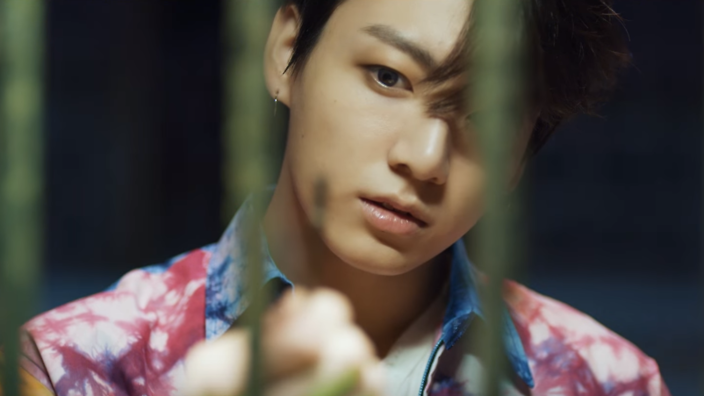 Some US radio station/s are censoring BTS' 'Fake Love', the problem is there is nothing to censor, no drugs, no swearing, nothing.

what do you guys think?

🎉 Can't contain our excitement! #90DayFiance: Happily Ever After returns TONIGHT at 8/7c! 🎉 pic.twitter.com/e6rfVVvNIj


Looks like we're back in business! No fairy tales, no crowns and no Givenchy. TLC's 90 Day Fiancé spin-off Happily Ever After premieres tonight with a two hour extravaganza. From TLC: "Jorge meets with divorce attorneys; Chantel questions Pedro's motives for sending money home; it's the moment of truth for Nicole and Azan; Molly decides she won't quit (huh?); Pao gets bad news from Colombia; David and Annie struggle."

Looks like Meghan and her husband passed on appearing this season. OP will try to forgive them. 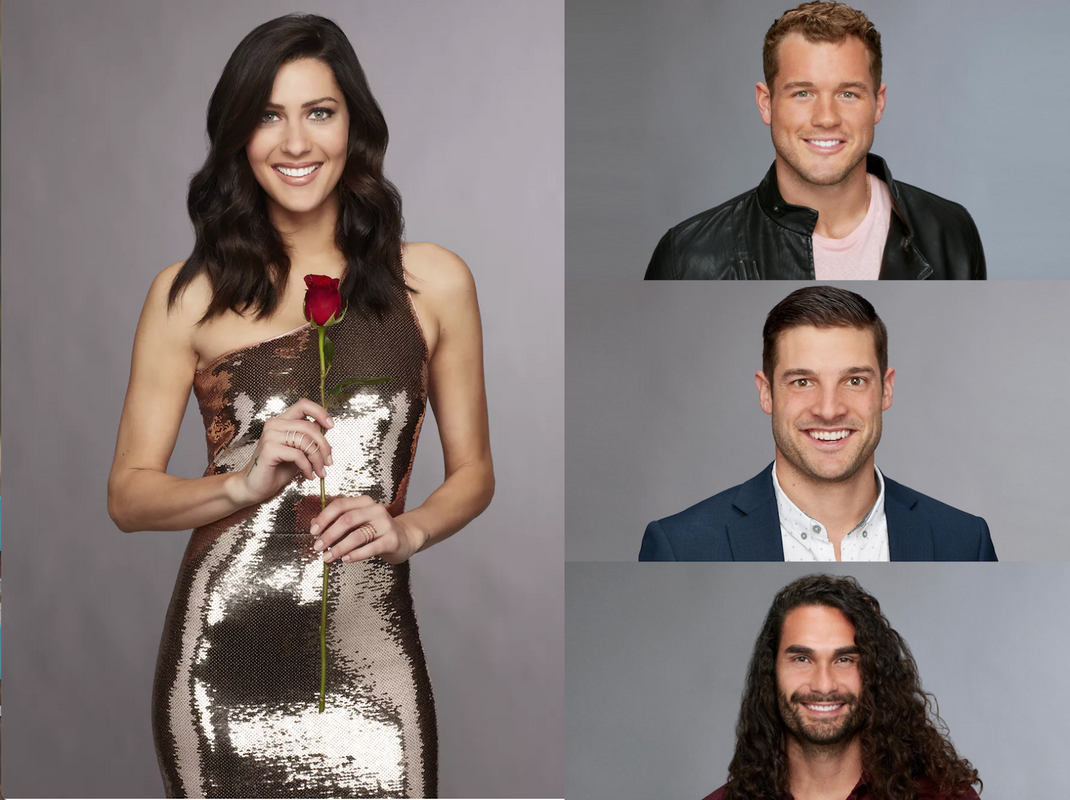 Becca Kufrin's season of The Bachelorette is right around the corner, and it's time to meet her new suitors. The bios of the 28 men have gone up on ABC's site, and here are the highlights of 10 standouts. (Mods, I deleted everything except the highlights of their bios.)

They're not exactly Peter Kraus or Jack Stone, but here's hoping that the guys are better than Arie Lyin'-dick Jr.

Who is your favorite Bachelorette contestant,ONTD? 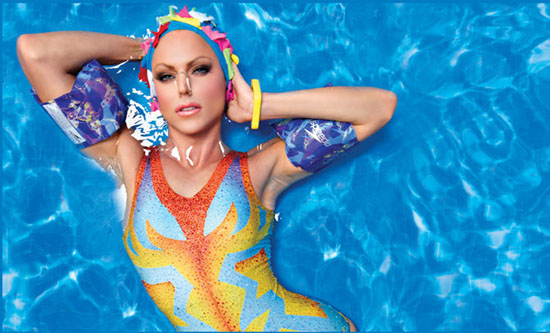 Courtney made top 3 of Drag Race's season 6 and appeared on Big Brother, being a voice of rationality in a show that's known for clownery. Since the show, she's still singing with the San Francisco Symphony Orchestra (the first drag queen to do it) and modelling for American Apparel.

Now, Courtney became the spokesperson for "Ending Hiv NZ", a New Zealand based campaign for HIV awareness. “An ex-boyfriend of mine is living with HIV,” Act shared for the campaign.

“He has an undetectable viral load so I know first-hand how this can affect people in a serodiscordant couple – which is where one partner is HIV-negative and one is HIV-positive. It was great to know he could have much better health in the long-run and that scientific evidence shows he was unable to pass on HIV on to me, even without condoms. We live in a fear-based world where HIV stigma can prevail, but armed with science and facts I was able to break down the stigma in my own mind and be in a happy and healthy relationship with my partner.”
( Collapse )
The HIV stigma still looms large over the community, where poz people receive hate for simply putting themselves out there. Educating people, no matter what sexuality, helps with lowering new HIV cases and a better understanding of poz people and their condition.

Ontd, are you educated enough about HIV?

Be a doll and drop streams for your fellow ONTDers!

-15 years ago on this date BTVS aired their last episode!

-+Buffy and Angel finally reunite on screen for the first time since Joyces death in S5. In the first draft of the script Angel reveals that he had a relationship with Cordelia and that he had a son but was ultimately cut so as to not confuse the audience who didn't watch Angel.

-TheWB would get their last chance to screw the show over by announcing that Spike would be joining Angel for it's 5th season a week before the finale ended and thus making Spikes death lose it's impact.

-Joss wanted to kill a big character during the battle that was sudden and unexpected, since he wouldn't kill the core 4 he chose Anya to die and since Emma Caulfied decided that she was done with the show after S7 regardless, she didn't mind being killed off.

-Joss also stated that he had planned on bringing Tara back to life with The Powers That Be giving Buffy 1 wish but it was scrapped due to Amber Benson being unavailable.

- Was initially accused by four women in December
- Batali admitted questionable behavior and took leave from his restaurant group
- One woman accuses Batali of drugging and assaulting her
- His restaurant group expects to buy out his shares by July 1
- The NYPD confirmed an investigation, declined to go into further details 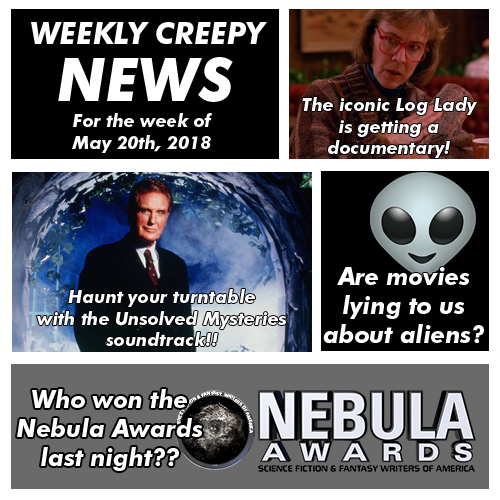 he was born four days ago

they give good baby names

After catching Taylor Swift's show , Adele is seen waving to fans as she was leaving the Rose Bowl Stadium with her husband and son
Wiz Khalifa and Amber Rose also attended with their son

Thank you @taylorswift you have made my baby the happiest lil Pumpkin ever! 🎃 Amazon has renewed "The Marvelous Mrs. Maisel" for a 3rd season.
Season 2 will premiere in the fall.

Stand-up comedian and podcaster Josh Denny, who up until last December also hosted Food Network's Ginormous Food, took to Twitter recently to share his thoughts on the persecution of straigt white men:

“Straight White Male” has become this century’s N-Word. It’s used to offend and diminish the recipient based on assumption and bias. No difference in the usage.

My point is, when you call someone this in conversation - you know exactly what you’re doing: attempting to devalue their POV based on negative cultural stereotypes. That’s racism.

Saying “my label for you invalidates your opinion or your place in society” is literally what Dr. King fought against.

( Collapse )
Dictionary.com sets the record straight once and for all

The n-word is considered the most offensive word in the English language. “Straight white male” is ... not. https://t.co/njUfJKA0g7

Villanelle's mission is proving anything but straightforward, forcing her to take drastic measures. Meanwhile, Eve makes a shocking discovery, which leads her right to Villanelle and an electrifying confrontation from which neither will emerge unscathed.

Were you surprised by tonight's twist ending, ONTD? How do you think this season will end?

Anarchic and weird, the skit show MADtv was SNL's rebellious younger sibling. The show ran from 1995 to 2009 and was the first big gig of many career comedians like Key & Peele (who met on the show), Ike Barinholtz and Bobby Lee. This Where are they now? post will focus on the cast for season 5 (1999), when the show was arguably at its peak. While MADtv is pretty mean-spirited and problematic by today's standards the talent of the performers (and the obvious, natural friendships between them) and its iconoclastic spirit made it a late 90s fave.