I HAVE ALL NIGHT TO POST MUSIC VIDEOS ABOUT THE JOYS OF EATING PUSSY, LEARN SOMETHING FROM THIS @djkhaled

I should be studying for finals...but instead I spent my night finding and tweeting music videos about eating pussy to DJ Khaled after he revealed that he expects his wife to go down on him and won't return the favour (posted HERE)

"All the boys think its cake when they taste my, You don't even need a plate, just your face ha! Licky licky yum yum what a great guy," 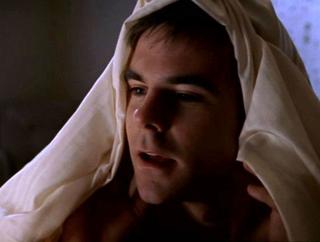 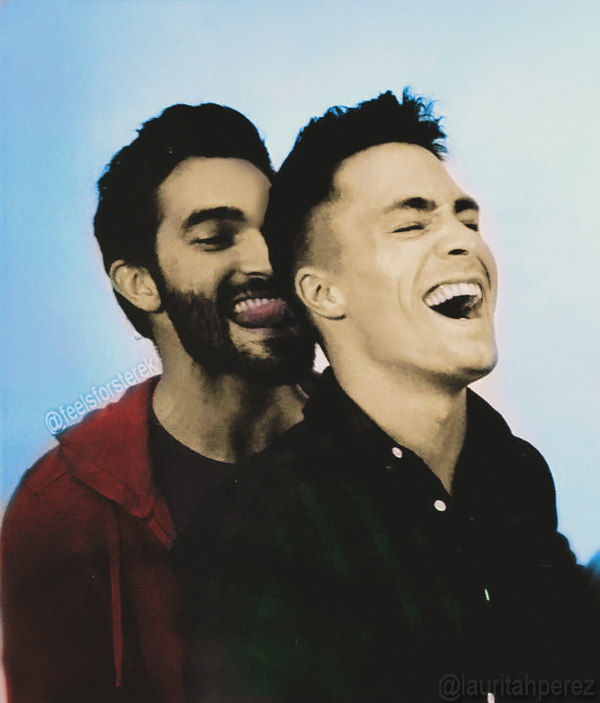 As you know I Colton Haynes split from his husband after 6 months of marriage which is a lot in gay years.

I He wanted to come clean so I he uploaded a song to youtube. But now the song is making rounds because my three Teen Wolf fans people have noticed the lyrics reveal Jeff Leatham was cheating on me Colton.

Here are the lyrics of my future Grammy winning song "Man It Sucks (Acoustic)":

“I don’t like when you’re staying out all night and never answer your phone, I follow you around the world just to be left alone, and man, it sucks,”
“I said I loved you despite the cheating drama. … Maybe in the future, you’ll come around.”

You guys thanks for all the support during this hard times.

Inspired by Bellevue, the oldest public hospital in America, the medical drama follows the brilliant and charming Dr. Max Goodwin (The Blacklist's Ryan Eggold), the institution’s newest medical director who sets out to tear up the bureaucracy and provide exceptional care. Goodwin must disrupt the status quo and prove he will stop at nothing to breathe new life into this understaffed, underfunded and underappreciated hospital — the only one in the world capable of treating Ebola patients, prisoners from Rikers and the president of the United States under one roof — and return it to the glory that put it on the map.

- Deflects like a pro when asked about the Tristan/Khloe cheating scandal
- Family landed in Cleveland for Khloe's birth (with a doctor in tow) mere hours before she gave birth
- Kris says the cheating incident and their plans to fly out to Cleveland for her birth were happening "simultaneously"
- Will let Kanye explain himself, but says he's acting with good intentions
- They're currently filming the next season of "Keeping Up"
- Kris says her assistants should be available 24/7, but she tries to not bug them on the weekends

8 new books recommended by critics and editors at The New York Times https://t.co/gNeb3oHVMm

#Riverdale writer Britta Lundin's YA novel debut is a heartfelt queer romance & a nuanced depiction of what happens when fandom and Hollywood collide. https://t.co/ZBGR0OSMSn pic.twitter.com/97vFG1OVVk

For fandom olds / believers in a fourth wall the book summary is enough to give one pause and evoke Kill Bill sirens.

Have you read the book? Did you like it? Is it possible it was improved after sending out advanced copies?

‘Avengers: Infinity War’ Is Fastest Ever To $1B Global Box Office; Disney Tops $3B WW In Record Time https://t.co/4PMvU61gH6 pic.twitter.com/QHlsXZkdhH

+ Marvel Studios‘ Avengers: Infinity War is crossing the $1 billion mark at the global box office today in a record 11 days. (Previous record was 12 days held by 'Star Wars: The Force Awakens').
+ To boot, the superhero pic looks to earn $120 million-plus this weekend, the second-biggest sophomore outing in history behind Episode VII.
+ It will open in China on May 11th.

sources 1 / 2
ONTD; are you watching it again this weekend?

• “Handsome devil,” says the Biebs on Shawn's Instagram photo that features Mendes in a YOUTH hoodie.

• This isn't the first time these two “don't let me catch your ass in Toronto, I stay in Stratford and you keep your ass in Pickering” Canadians interacted. It's mostly been one-sided.

• In 2015, Bieber infamously responded with “Who's Shawn Mendes?” when asked about him during a 95.5 PLJ interview.

• Two years later in 2017, Biebs posted a photo of Mendes on his Instagram with the caption “What a LEGEND. @shawmendez”

• In other non-messy news, Twink of Pop and Guitar Riff Bops™ dropped a new track with Khalid called “Youth.” Hence the hoodie Mendes was wearing. Shawn recently mentioned that some of the proceeds from the song and merch will be going to March For Our Lives. An activist, taking it to Capitol Hill, use your voice for something that matters, etc!

Open to: All, detailed results viewable to: All. Participants: 140

If you HAD to choose - what team?

-Faleena Hopkins has trademarked the word 'cocky' for her book series instead of just trademarking her series.

-Multiple authors have used the word 'cocky' in their titles but this 'writer' is trying to shut everybody down.

-She's sending out Cease and Desist letters to any author who has the word in their title, demanding that they change their title or she will seek legal action.

-The romance community is NOT having any of this. They're retaliating and plan to fight this.

Romance Writers of America is asking authors who have been threatened with legal action by Faleena Hopkins for using the word "Cocky" in their book title, to contact Carol Ritter (carol.ritter@rwa.org) as the RWA is now collecting info to talk to an IP lawyer. #cockygate

Here's the JYP whisper for y'all too.

Excited to have launched my own meal kits with @get_chefd inspired by my heritage & the flavors of Mexico. It's the easiest way to cook and the perfect way to enjoy #CincoDeMayo! #ad #GetChefd #Chefd 🌮🍮💃🏼
YT VIDEO: https://t.co/P1XzwV6kds
Chef’d INFO: https://t.co/s3HiEqAgMX pic.twitter.com/903QNCEKKK

• Former Reina of Mexican telenovelas (such as María Mercedes, Marimar, María la del Barrio y Rosalinda) and current Latin Pop singer Thalía took to Twitter to promote her own ideas & recipes that are “all her's” with Chef'd that were “inspired by my heritage & the flavors of Mexico.”

• The “I Want You” hit singer shared a video on YouTube showing  just how easy it is to use Chef'd with its easy steps.

ONTD, are you doing anything on this day gringos use to dress up with sombreros and mustaches and use as an excuse to drink?

Look at that harp! Here's hoping it'll make more appearances on the album.

-G-Eazy (né Gerald Earl Gillum) has pleaded guilty in Sweden for “assaulting an officer, violent resistance and illegal drug possession”
-He also hit a bouncer 4 times because his friends felt disrespected
-He is a "free man" looking to flee Sweden ASAP
-His next performance is May 6th in Copenhagen

Is there a cover song The Killers can't do? What a bop!

Also if anyone wants to discuss that Bronnie™ image on the drum set...

-A Netflix spokesperson confirmed that despite the allegations of sexual harassment, Jeffrey Tambor will appear in the upcoming fifth season of Arrested Development.
- Amazon had previously fired him from Transparent.
- Jeffery has denied the allegations saying “I am profoundly disappointed in Amazon’s handling of these false accusations against me.”
- The cast has also spoken in support for him, with David Cross saying "I can’t speak for everybody, but I know there are a number of us who stand behind him. From the limited amount we know, we stand behind Jeffrey — and I am one of them.” Fantasia 2018: First Wave of Announcements is a Tsunami of Awesome! https://t.co/cpMMkLeeb9 pic.twitter.com/Xdd9d2lb46

Fantasia International Film Festival is held in July of every year, and it's been based mainly in Montreal since its founding in 1996. It is North America's top genre festival. Jeff would never cheat. He's an amazing man. Please stop being mean to him. The song I wrote was about a past relationship. ❤

-Colton has broken his silence on his separation from his husband of 6 months, Jeff Leatham stating that Jeff didn't cheat and that the song was about an ex boyfriend (it's very suspect and Taylor Swift of him)

-Colton can be seen in the upcoming 7th season of Arrow.

No one cares how you feel.

The Duke and Duchess of Cambridge are very pleased to share two photographs of Princess Charlotte and Prince Louis, taken by The Duchess at Kensington Palace.

This image was taken on 2nd May, on Princess Charlotte’s third Birthday. pic.twitter.com/H5VVgIwRGp

They shared photos of the newborn and Charlotte on the latter's third birthday.

This image of Prince Louis was taken by The Duchess of Cambridge at Kensington Palace on 26th April.

The Duke and Duchess would like to thank members of the public for their kind messages following the birth of Prince Louis, and for Princess Charlotte’s third birthday. pic.twitter.com/bjxhZhvbXN

This one was taken of Louis three days after he was born.

Having just seen Avengers: Infinity War, I take a look at how the screenwriters characterize Thanos as a father figure and how this compares to the heroes of the MCU, like Iron Man.

-Killing Eve is doing what few shows do nowadays...growing in the ratings department.

-Week to week the show has had a steady rise in viewers, besting itself with every new episode.

-Since it's premiere the show has grown 33% in viewers.

-Has already been renewed for a 2nd season.

Just started the show tonight and on the latest episode. LOVING it. Are you watching?
Collapse