"Hold Back the River" - Amelia, Koracick and DeLuca perform a risky, groundbreaking procedure using ultrasound waves to remove a young patient’s brain tumor. Meanwhile, Meredith and Jo work with different polymers to try to salvage their project submission; and Richard’s AA sponsor is admitted to Grey Sloan with a DNR, on “Grey’s Anatomy,” Thursday, April 5th on ABC.

“Beautiful Dreamer” – An agent from ICE shows up at Grey Sloan in search of an employee who may be working in the U.S. under DACA. Alex’s patient Kimmie wants to leave the hospital to enjoy her final days, but Alex feels differently. Meanwhile, Arizona treats Matthew Taylor’s baby and April wants to do whatever she can to help, on “Grey’s Anatomy,” Thursday, April 12.

Now this is a revival I’m gonna really enjoy as much as @WillAndGrace @frandrescher good memories of Mom watching THE NANNY on Mondays & getting me hooked LOL https://t.co/KwAjkpF7af

- There's a rumor that a 'The Nanny' revival is in the works.
- Fran Drescher had a meeting with the Nanny writers and posted it to instagram.
- “As far as a reboot goes, I would be open to it if somebody wanted to do it,” revealed Drescher. “I am in touch, definitely. Renee Taylor (Sylvia Fine) is a good friend of mine, Charlie [Shaughnessy] (Maxwell Sheffield) is a good friend of mine. Recently I reconnected with Nicholle Tom (Maggie Sheffield), and periodically I speak to everyone, but I’m very good friends with Charlie and Renee, for sure.”

What kind of impact will #InfinityWar have on the Agents of SHIELD?@jedwhedon fills us inhttps://t.co/iwDrflXjLV

- Jed Whedon (AoS EP) revealed that 'Avengers: Infinity War' will open some new storylines for Agents of SHIELD.
- Agents of SHIELD has connected and referenced the other Marvel movies since the beginning. The Battle of NY triggered many AoS storylines, The Hydra reveal from CA: The Winter Soldier shook the entire show, Lady Sif appeared to connect the show with Thor: The Dark World, AoS tipped The Avengers and Maria Hill about Hydra's base that led into Age of Ultron's first battle. Aos rebuilt the destroyed helicarriers that saved Sokovians. The Civil War Sokovia accords caused AoS inhumans to hide. Ghost Rider learnt to travel through universes the same way Doctor Strange did and Thor's appearance in NY during Thor Ragnarok was noticed by SHIELD.
- Tonight's episode of SHIELD revealed another connection [Spoiler (click to open)]Hydra's General Hale has been in contact with Aliens that warned her about the impending alien war coming. In the flashforward you can see a ship, similar to the one Thanos had in Thor: Ragnarok. Also, earlier this season we found out the world gets destroyed, probably after the Infinity War battle.

The song is featured on Elton's upcoming Revamp album.

According to BBCRadio, Elton personally called Gaga and asked her to do the track. She was the only one he called.

-Rapper Fabolous (Into You, Trade It All, Breathe) turned himself in after he assaulted his on and off girlfriend and mother of his two kids, Emily B.
-Emily told police that they had been having issues for some time, stemming from an argument they had in L.A. back in March.
-She reported that he punched her 7 times and knocked out her two front teeth. He also threatened to beat her to death with a baseball bat.
-She remembered they kept guns in the house and called her father to remove them. Fabolous came home and became furious after he couldn’t find them and threatened to shoot her father and brother.
-In the video you can hear a child crying the background while Fabolous charges at a terrified Emily and argues with her father.
-The incident occurred in their Englewood, NJ home.

The shit this bitch nigga has put this woman through smh. Girl please don’t go back to him 😩😩😩

Mandy, her fiance Taylor Goldsmith, and some friends spent a week climbing Mount Kilimanjaro. The trip was sponsored by Eddie Bauer. She's shared some pictures on her Instagram but there are a lot more videos and pictures of the trip on her Instagram Stories.

To celebrate the upcoming release* of "Ghost Stories," which has been called “The Best British Horror movie for years" and currently has 100% on Rotten Tomatoes, here are 11 British horror films from the past 30(ish) years to check out.
*UK: Friday 13th April; US: 20th April. But I get to see it tonight!

Event Horizon (1997)
A rescue crew investigates a spaceship that disappeared into a black hole and has now returned...with someone or something new on-board.

Good (and mostly female) headliners, but I'm seeing St Vincent in a couple weeks so I'm probably gonna skip bc I'm too old and grumpy for festivals. Anyone going?

ONTD, are you buying anything at the upcoming Sephora VIB sale?

Meghan Markle's First Kiss Had the Sweetest Things to Say About Her https://t.co/SSwCg6eQhA

-Meghan kissed Joshua Silverstein at camp when they were 13
-He's now married with 2 kids and stars in James Corden's Drop the Mic
-He doesn't remember the kiss because he had previous girlfriends, but he says they talked every day, spoke on the phone, held hands, and kissed
-They connected because they both had white fathers and black mothers

ONTD, how was your first kiss? What would that person say about you now?

Washed up rocker and freelance waste of oxygen Ted Nugent went on the record and said some really, really disturbing things about the young survivors of the worst mass school shooting in American history, insisting that they're under the influence of (that conservative extremist trope) a "soulless" liberal-intellectual oligarchy. He also airs his opinions about the student protests--but of course stays quiet about the constitutional right to protest.

Nugent has already said pointlessly offensive things whenever he needs attention but this is a remarkable and teachable moment. Nugent even flirts with making an ableist slur and desperately tries to reduce a collective global reaction of horror to the machinations of "poor, mushy-brained children".

As the tide of 90s nostalgia begins to drift back to the shores of our collective conscience, Americans are prompted to reflect on the 2 decades since horror was unleashed upon Columbine High School in Littleton, Colorado. What was thought to be a (hopefully) passing trend has claimed hundreds of lives and come to dominate American discourse.

It's always remarkable to hear a privileged voice such as Nugent's making such insensitive, disgusting, and malicious remarks, and about children that have literally survived an attack on their lives. All the same, as an American, I believe that he reflects a dying, desperate voice in America, and is a remnant of the paranoia and dysfunction in our country's cultural DNA pool.

ONTD, how do you manage your stress? Me: A combination of good sleep, regular exercise, cannabis, and art therapy. 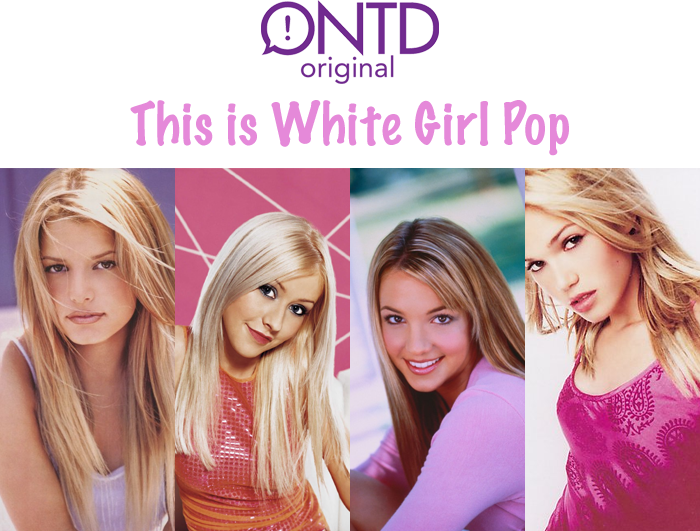 I kind of wanted to make a short and sweet post cause I've been listening to some throwbacks. Here I want to bring out debut album cuts from our '98-'99 white girl-next-door darlings Britney, Christina, Jessica, and Mandy bc we can always use a sugary bubblegum pop track. I also added some counterpart tracks to each song from more recent white girls with songs of the similar mood for vein for fun.


Also listen to: This Kiss by Carly Rae Jepsen


For all my lists I always have one song that jumpstarts the idea of the post, which brings the first song here. I grew up with Sweet Kisses and I've rediscovered the bop that is "I've Got My Eyes On You", which is a new jack swing-lite track and an ear worm. Let's also not forget the feminist bop "Woman In Me" featuring Destiny's Child (where they basically sing background vocals). "This Kiss" by cult-following queen Carly is another song that is about hooking up but in a more scandalous notion in that both parties have partners at home.

Thoughts on the songs on Spotify? Who's excited for tomorrow?
source: 1, 2 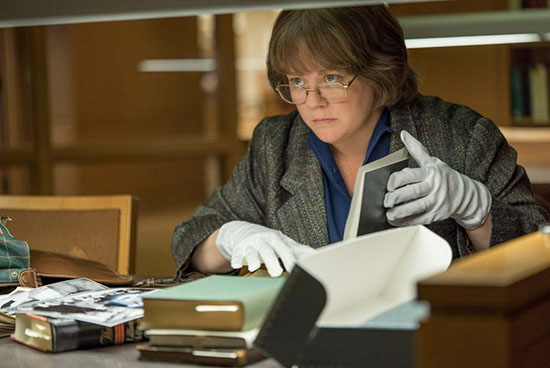 Melissa McCarthy might be known for her brash characters in comedies like Bridesmaids and The Heat, but for her latest role, she's going in a direction that may take people by surprise.

In the biographical drama, Can You Ever Forgive Me (opening Oct 19, 2018), McCarthy plays a down-and-out author turning to crime to pay her bills, forging letters by late influential writers, playwrights, and actors.

McCarthy lost 75lbs for the part of Israel. "The thing is, if that is the most interesting thing about me, I need to go have a lavender farm in Minnesota and give this up."

"I can only go off my reality. What people pass off as 'normal', I just have to keep in my head that it's bullshit."
( Collapse )
Source 2

-The original Cloverway dub turned Fish Eye into a female and Zirconia into a male, the new dub fixes that.

-Often regarded as the worst adaption of the Manga.

In part one, I take a look at three heroic archetypes and how Christopher Nolan's Dark Knight trilogy taps into each of them in their portrayal of Batman.