The British Royal Family gets the Funko doll treatment https://t.co/MMDboBOet5


Your God is not here, Michael. Apparently Funko decided Royal Family funko pops were in order.

I predict this encouraged approximately zero people to go see this movie in theaters.

Will feature old and new cast.
Steve Carrell confirmed not to return.
They are already casting a new actor for the boss role.

Oh yea! You’re getting a #90DayFiance tell-all! Tune in Monday at 8/7c for the final episode of the season, followed by a two-hour reunion special. https://t.co/teXtoLS8CJ pic.twitter.com/6fCUiMFeKL


In two torturous nights, TLC broadcasted the season finale and reunion show in the same week. Let’s see what happens with the couples and if they made it to the altar.

Also, what does Bahtman have on Chris anyway that he forks over all this money?


- Last week, Selena and her mom Mandy had a heated conversation about her on-again-off-again relationship with Justin Bieber
- Selena's family thinks Justin is hugely triggering for her and does not approve of their relationship
- Selena told Mandy it's fine because they're in couples therapy!
- Mandy flipped out and another family member called the police for a welfare check
- Mandy was taken to the hospital (not on a 5150) and was released the same day

To provide your daily awards news, here's the full list of the London Critics' Circle Film Award Nominations (the ceremony will take place on Jan. 28, 2018, where everyone's fave, Kate Winslet, will get a special award, the Dilys Powell award for excellence in film).

Film of the year
-- Call Me By Your Name
-- Dunkirk
-- The Florida Project
-- Get Out
-- God's Own Country
-- Lady Bird
-- Loveless
-- Phantom Thread
-- The Shape of Water
-- Three Billboards Outside Ebbing, Missouri 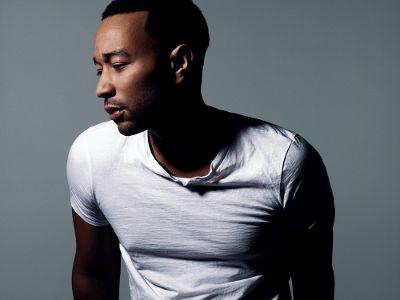 Where there is darkness, there is #BlackLightning. Watch the series premiere January 16 on The CW. pic.twitter.com/7xesDGcTp2

#CallMeByYourName star Armie Hammer on quitting Twitter: "I have very little impulse control & I couldn’t stop myself from saying something to somebody, and you’re just adding oxygen to a fire" https://t.co/zn5HsojdgN pic.twitter.com/PBS1StLfLl

#LadyGaga confirms she will head to Vegas for a residency. pic.twitter.com/eUw1u9axPX

Lady Gaga just inked a deal for her own residency in Las Vegas at Park Theater.

This is horrific. I feel terrible for her. 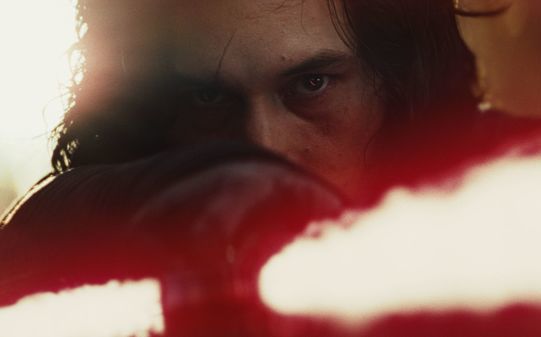 The director and writer of The Last Jedi answered questions about the (in)famous Kylo Ren shirtless scene. (Bonus: His reasons behind Rey's parentage.)

About the shirtless scene...

"At the premiere I heard somebody in the balcony say, “Yesssss!” You can see Adam was training hardcore throughout the whole process. It’s fun but it also has a specific purpose, which is the increasing feeling of uncomfortable intimacy. That was sticking with the theme of trying to give Rey the hardest thing you could possibly give her, which would be unavoidable intimate conversation with this person that she wants to just hate. This was just one more way of upping that ante."

[parentage spoiler]About Rey being a "nobody"...

"It felt like the way to go because it’s the hardest thing that she could possibly hear. It would be the easy thing for her to be defined by, “yes, this is how you fit into this story — it’s because your parent is so and so!” In that moment, for Kylo to be able to use that [information] as a knife and twist it to try and get what he wants, felt like the most dramatically potent option."

The seven chosen as longlisted are (the three Oscar nominees will be announced on January 23rd):

- Workshop was to convince the studio to green light the movie. Hugh invited all his Broadway friends to participate.
- Hugh Jackman underwent surgery the day before the workshop and was told not to sing
- Michael Gracey (director) told Hugh not to tell anyone or no one would come
- Jeremy Jordan sang Hugh's part in his place
- Hugh sang anyway

Rolling Stone magazine has published a profile on a day in the life of the BTS boys as they do promo in America. The story is accompanied by another exclusive article with behind the scenes photos:

A day in the life of K-pop superstars BTS https://t.co/7oEQdpne2e pic.twitter.com/TrbjeaTr7r

Nick Cannon has written a film about womens street ball which will star himself and Chris Brown. The film also stars Cedric the Entertainer, Evan Ross, and Rebecca De Mornay. Production has already started.

The film, titled "She Ball” follows the struggles of Avery Watts (Cannon) who enlists the baddest women’s streetball league in the city to help him save the Inglewood Community Center, which he manages, all while trying to raise his seven-year-old daughter. The film will feature actual female athletes from the WNBA and other organizations.

Selena Gomez and her mother Mandy Teefey recently unfollowed each other on Instagram amid dating situation drama. pic.twitter.com/xUp8zQsirW

ONTD, would you disown your own mama for the dih?

Because I know y'all are already sick of the awards season, here are the winners of the first-ever Los Angeles Online Film Critics Society best of 2017. The awards will be given out on January 10th.

Exclusive: Jason Priestley didn't know who Harvey Weinstein was when he punched him https://t.co/vo4754Wl49

Brandon Walsh was minding his own business sitting on a couch with his friend, when a big ass heffer wanted to sit in his place.

“I didn’t know who he was. I thought he was a bully. Because he’s a big guy, right? I thought he was a big bully that was working for somebody else and using his position to bully him and my friend. So I was like, you know what, I don’t even want to be around this person. And then he grabbed me. He got physical with me. And so that’s when I hit him.”

A few hours ago, Liam posted a tweet in which he wished "team NG" a Happy Christmas. Fans were obviously confused, thinking he perhaps misspelled "LG" as "NG" while thanking the team behind his solo career. He also said, "looking forward to seeing you tomorrow":

-When a twitter user replied asking if Liam was "going to have a meltdown" when Noel doesn't reach out, Liam claimed that Noel has already reached out to him and that they're "all good again":

Stephen Baldwin on Trump's tax cut and his brother Alec Baldwin: "What I’m saying is that The Boss Baby sequel money is going to go a long way because of Trump" https://t.co/6lvFfj42OR

Stephen Baldwin, the Baldwin brother everyone forgets about, appears on Great American Pilgrimage, a Krelmin backed program on Russian television where Baldwin travels the USA talking to Americans about the state of the country.

-Accuses Seth Rogen of bashing free speech for canelling interviews on SIRIUS XM radio after Steven Bannon was given a show on the network
-The interviewer states Baldwin's PR rep said to not mention Billy & Alec
-Says a bunch of other dumb things like:

Anything he has done that you don’t like?
--You need to write that I just started cackling — not chuckling, but cackling. You see the pause here, my friend, because I’m one of the very few supporters who really likes Von Clownstick a lot. It’s long overdue to see someone with this kind of brash, these kind of balls, really, to take on all this corruption. I don’t want to steer the conversation into dossiers and that BS, but it’s refreshing that he’s so far outside the politician-box.

Exclusive: Mindy Kaling has given birth to a baby girl! Congratulations to the new mom. https://t.co/MQ2QQdbLDW pic.twitter.com/xQcos5YBIu

Thousands of years after civilization was destroyed by a cataclysmic event, humankind has adapted and a new way of living has evolved. Gigantic moving cities now roam the Earth, ruthlessly preying upon smaller traction towns. Tom Natsworthy (Robert Sheehan)—who hails from a Lower Tier of the great traction city of London—finds himself fighting for his own survival after he encounters the dangerous fugitive Hester Shaw (Hera Hilmar). Two opposites, whose paths should never have crossed, forge an unlikely alliance that is destined to change the course of the future.

All Clara (Mackenzie Foy) wants is a key – a one-of-a-kind key that will unlock a box that holds a priceless gift from her late mother. A golden thread, presented to her at godfather Drosselmeyer’s (Morgan Freeman) annual holiday party, leads her to the coveted key—which promptly disappears into a strange and mysterious parallel world. It’s there that Clara encounters a soldier named Phillip (Jayden Fowora-Knight), a gang of mice and the regents who preside over three Realms: Land of Snowflakes, Land of Flowers and Land of Sweets. Clara and Phillip must brave the ominous Fourth Realm, home to the tyrant Mother Ginger (Helen Mirren), to retrieve Clara’s key and hopefully return harmony to the unstable world. Starring Keira Knightley as the Sugar Plum Fairy and featuring a special performance by Misty Copeland, Disney’s new holiday feature film “The Nutcracker and the Four Realms” is directed by Lasse Hallström and inspired by E.T.A. Hoffmann’s classic tale. In theaters on Nov. 2, 2018.

“Our culture will be so much richer the day that we stop saying, ‘Hey, it’s all white dudes who are running things.’” - Christian Bale https://t.co/PcKehvCJeH

- Christian Bale was out promoting his film Hostiles when the topic focused on better representation in Hollywood.
- Bale stated that "our culture will be so much richer the day that we stop saying, ‘Hey, it’s all white dudes who are running things. Whether that be Hollywood, whether that be Washington, you know. We’re going to get, in Hollywood, so much better films and so much more interesting stories being told and America will become the America that the rest of the world sees it as, that makes it unique."

Kyle Richards: “In this town, fame and money come and go, but friends should not.”

Erika Girardi: “Some people call me cold, but that’s not ice. It’s diamonds.”

Dorit Kemsley: “I believe in an excess of everything — except moderation.”

Teddi Mellencamp Arroyave: “Having the best isn’t important to me, but being my best is.”

Lisa Vanderpump: “The queen of diamonds always has an ace up her sleeve.”

Products she used in this video:

Damn I love Sophia Bush: "If this has to be like a big swinging dick competition, I promise you I will win." https://t.co/mV83eItTYX pic.twitter.com/OIx1PrtFVY

She left “Chicago P.D.” after the show’s Season 4 finale.
Bush opened up for the first time about what made her leave her “dream job.”
She described the experience as feeling “like I was trapped in a burning building… I was miserable and I had to go.”
She recently made a talent and development deal with 20th Century Fox TV to star and produce in an upcoming pilot.

HBO is developing two new series from Issa Rae : the comedy "Him Or Her" and the drama "Sweet Life".

"Him or Her" : "The single-camera half-hour chronicles the dating life of a bisexual black man and the distinctly different worlds and relationships he finds himself in."

"Sweet Life" : "a coming of age tale of the well-heeled teens growing up" in the "Black Beverly Hills" neighborhood of Windsor Hills".

Along with a third season of Insecure at HBO, she's also producing another 1990s-set, LA drama at the network as well.

PRIDE tries desperately to clean up their latest mess without involving Jonah. But can they handle this on their own?

It seems like Hey Hey Hey will be the next single from Katy Perry's album Witness. Technically, Save As Draft was released as a single to be played on Adult Contemporary stations.