With the upcoming release of Star Wars: The Last Jedi, we had the cast of the most-anticipated movie of the year take a BuzzFeed quiz to discover which character from a galaxy far, far away they truly are.

You can take the quiz yourself here! :)

Excited for their album yet?

- According to tumblr, Witches have taken over the site during 2017.
- In February, Lana Del Rey decided to put a hex on the president and in january she debuted the trailer for her album Lust for Life in which she recedes into her home to practice witchcraft.
- The witchcraft community (or “witchblr”...i know, smh) became the 11th most popular topic in Tumblr.
- Most posts are about emoji spells, and instructional guides to candles, crystals, teas, curses, and palm reading.
- a small portion still focuses on the dark arts.

ONTD, are you a witch? do you believe in magic? do you have a talking cat, two aunts, incredible outfits and a sitcom?

At Atlas’ Open House, our parents and kids are thrown together following the revelations of the gala. But for one family, the school event is only the beginning of the drama.

Outstanding Performance by a Cast in a Motion Picture
The Big Sick
Get Out
Lady Bird
Mudbound
Three Billboards Outside Ebbing, Missouri

Neither of these women need much of an introduction. But for those who don't know, Eartha and Cleo captivated audiences with their voices and stage presence. They shined in musicals and dazzled for jazz lovers.

Please refer to OP's other post for a funnier Riverdale parody:
https://ohnotheydidnt.livejournal.com/108681134.html

The View talks about Omarosa's announcement of her departure from the White House. Joy relishes in her "retirement" as during Omarosa's appearance on The View. The woman left a comment to Joy that she should get some joy in her life. Well, she got it with your "retirement."

The panel reacted to the Jones' win in Alabama. Meghan echoed what I was yelling partially last night, "SUCK IT BANNON!" The panel thanks African American woman for saving America again. However, they want to get down as to why white woman who are educated voted for Moore.

Former Vice President Joe Biden appears on The View. Tears are shed by Meghan as they talk about Beau's cancer. He reacts to Jones' win and sheds light on his relationship with Trump. If you are wondering why Joe Biden is on the View, he is on his book promo.
( Collapse )

Even though [eventually deceased character] is gone, their comic book stories will be told through other characters still alive, since those plots and character developments are very important. Just not to the character they were meant for.

Salma Hayek on Harvey Weinstein, in @nytopinion:
"No to letting a naked friend of his give me a massage.
No to letting him give me oral sex.
No to my getting naked with another woman.
No, no, no ...
And with every refusal came Harvey’s Machiavellian rage." https://t.co/8KfW3y3Igz

So Harry Styles accepted to host the Late Late Show with 2.5 hours notice, after James Corden's wife went into labor. James has tweeted that she gave birth to a baby girl.

During Harry's opening monologue, he said a joke, that later on got cut from the show because it was deemed offensive and Harry was well, getting shit for it.

Later on the joke got cut from the show, and an update account posted this:

Fans are divided as some find it offensive and defend that he should've just not repeated the joke even though he has not written it. Others are claiming the joke to be not that offensive, and he is just reading what was written (lmao a true defense™..)

Rotten Apples Allows You to See How Many Alleged Harassers Were Involved in a Movie or TV Show: https://t.co/i4yg4au0g7 pic.twitter.com/1PxB0aGfGA

A new site called Rotten Apples allows you to see how many alleged harassers were involved in a movie or TV show.

According to them: "The goal of this site is to further drive awareness of just how pervasive sexual misconduct in film and television is and to help make ethical media consumption easier.

By no means is this site meant to serve as a condemnation of an entire project."

source | rotten apples
does your favorite pass the test?

On her Instagram, she says she's all better now...

For a bit of reality and less insanity from this morning's fucking mess of SAG award nominations, here are the winners (and nominees) of the Chicago Film Critics Association Awards (winners in bold):

BEST PICTURE
Call Me By Your Name
Dunkirk
Lady Bird - winner
The Shape of Water
Three Billboards Outside Ebbing, Missouri

Anderson Cooper's Twitter account, which is normally only used to promote business stuff and devoid of anything remotely personal, finally got a little spicy earlier today:

I mean, that's pretty much how we all reacted to Trump's ridiculous sore loser Tweet. But naw:

We return to our regularly scheduled robot newscast.

Have mercy, John Stamos is going to be a dad! https://t.co/kUv9f1kGuU

In news that is surprising to me, John Stamos (54) has no kids already [I could've sworn he did] and he and his fiance Caitlin McHugh (31) are expecting a child together.

George Clooney Gifted Each of His 14 Best Friends $1 Million, According to Rande Gerber https://t.co/Pxgil49vqh pic.twitter.com/IiYbxJPx7B

ONTD what would you do with $1 mil in cash?

An adaptation of Turn of the Screw, a nanny to two orphans is convinced they live in a haunted mansion. Finn will be playing one of the orphans. Mackenzie Davis also stars.

A mega deal between Disney and Fox will reportedly be announced on Thursday https://t.co/aG31rOlkYL pic.twitter.com/EA0i59tp1J

*Even though the deal was rumored to be dead, it’s happening

If you missed the original story, you can catch up on ONTD here.

Can we revoke his tag and give it to the Gallaghers instead, please?
Sources: QOTSA Video 1 / QOTSA Video 2

Kristen Bell will be the first-ever host of the SAG Awards, and the guild announced around the time of this morning's nominations that all of the presenters for the ceremony, on Sunday Januay 21, 2018, will be women. There will be 13 awards given out during the show, plus the two stunt categories that aren't televised.

Said SAG executive producer Kathy Connell: 'How many times has a woman walked into a room of predominately men? We thought, maybe for one night, it’ll be more than 50/50 [onstage]. We don’t want to slight the men who have given great performances this year — knowing our membership, I’m sure our men will embrace the opportunity to honor women.'

Fenty Beauty is adding 14 shades of lipstick to its permanent collection, which currently only features a nude lip gloss and red liquid lipstick. The MATTEMOISELLE line drops on December 26th wherever Fenty is sold.

Kirsten is set to wed Jesse Plemons next year.

Four women spoke on the record with The New York Times about a pattern of violent sexual behavior by Russell Simmons from 1988 to 2014. Three of the women say that he raped them. https://t.co/1cFH1oC8xG

I don't doubt there are more of them out there.

Loki will be pansexual and genderfluid in Marvel's new YA novel: https://t.co/OihRv3jHxe pic.twitter.com/An8yS4HWua

Loki, a Marvel character played by Taylor Swift’s former boyfriend Tom Hiddleston, will be pansexual and genderfluid in an upcoming novel.

“Effective today, PBS has indefinitely suspended distribution of ‘Tavis Smiley,’ produced by TS Media, an independent production company. PBS engaged an outside law firm to conduct an investigation immediately after learning of troubling allegations regarding Mr. Smiley. This investigation included interviews with witnesses as well as with Mr. Smiley. The inquiry uncovered multiple, credible allegations of conduct that is inconsistent with the values and standards of PBS, and the totality of this information led to today’s decision.”

-Created a toxic work environment where he was verbally abusive and threatening. People were afraid of him retaliating against them

-Back in February, a former producer of his show, wrote that his “misogyny is always creeping around, barely camouflaged by Midwestern good manners." 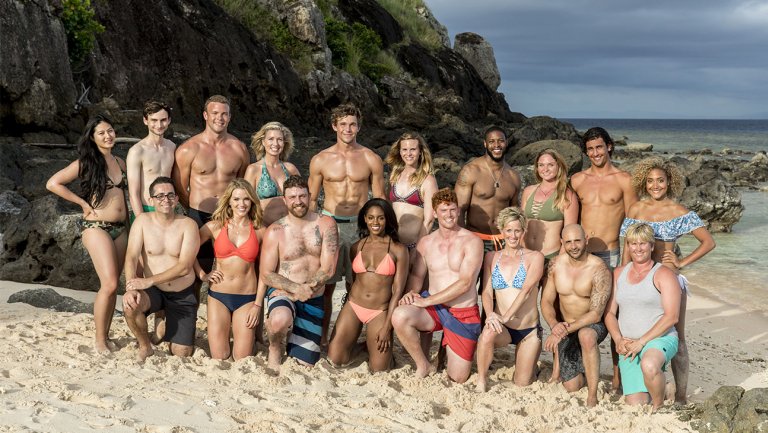 Every December, we look back fondly on all the greatest of the great clips we've gathered over the past year.

Do you agree? What's your favorite funny/cute clip? Share it with us!

He's disgusting and this is self-pitying nonsense.

The show's not coming back until January, but there was still a promo for the next episode. Schools merge! Betty's brother! Cheery music! 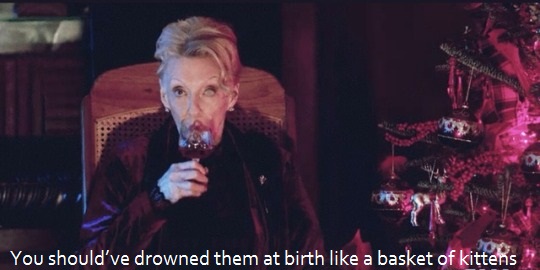 If you thought this relationship wasn't mutually destructive, you'll be surprised to know Selena Gomez is as good for Bieber as he is for her.

- She introduced him to Hillsong their cult "She's the one that got him involved with church and that opened up a whole new group of friends to him too."
- He's a changed man now and wants a serious relationship, so hes ready to be with Selena now.
- She is strong now and wont be messed up by him: "Over the years she's worked on herself and is way stronger now, but they were all still worried at first that it would all unravel if things went south. Luckily, it seems things are going really well and he is back in some of her friends' good book."

Source
Have you ever joined a cult with your lover?

Harvey Weinstein “Does Not Recall” Pressuring Salma Hayek To Do Sex Scenes In ‘Frida’ https://t.co/0VI5CMx5e4 pic.twitter.com/L4D82hbBGh

- Earlier today, Salma Hayek wrote an op-ed for the NYT detailing her experience with Weinstein. ( Collapse )

Per star Dominic Purcell, season 6 of Prison Break is in the works, despite the mediocre performance of season 5 earlier this year. Talk about being desperate.

I’m glad you were born. You write all the thoughts some aren’t able to articulate. (ME!) Thank you for giving a voice to this world that is authentic and inspiring. I wish some knew how big your heart actually is.. it’s fierce, bold and freaking wild with light. I’m glad you protect that. Love you @taylorswift

Taylor hasn't responded yet but chances are theories about This is Why We Can't Have Nice Things being about Karlie are out the door. KaylorNation going on strong.

source: 1 2
What's the nicest thing you did for a birthday ONTD ?

We have plenty more battles to fight. #MrRobot has been renewed for season_4.0. pic.twitter.com/ApsEvY6Ofl

Did you enjoy the finale?

Phantom Thread, Call Me by Your Name, The Post, The Shape of Water, Three Billboards Outside Ebbing, Missouri are on every critic's Top Films list of the year.

The Globe and Mail compiled its Top 10 list of the most overlooked, underrated, and unfairly dismissed films of 2017 (listed alphabetically):