The residents of 90 Bedford Street enjoy a rich variety of culinary contributions from roommate Rachel Green - her traditional English trifle receiving the greatest acclaim, particularly from Joey and a lucky passerby bird. Go ahead and don't enjoy this meaty, jammy monstrosity this holiday season.

what's the worst meal you ever had??

Shawn Mendes revealed personal information about his life to the Jay-Jay, Dom and Randell show; says he lost his virginity at 16 and that the oldest lover he's had was 25. pic.twitter.com/us5bfd7Zac

Shawn Mendes currently is on a media tour to promote his music and recently stopped by a radio station that asked some questions that haven't been asked before in public.

What age did you lose your virginity? What's your oldest lover?

Gun-obsessed white rapper Post Malone got some criticism this week for comments he made about hip-hop.
In an interview he began by saying he has a lot of emotions because he's white, he said "If you're looking for lyrics, if you're looking to cry, if you're looking to think about life, don't listen to hip-hop. There's great hip-hop songs where they talk about life and they spit that real shit, but right now, there's not a lot of people talking about real shit. Whenever I want to cry, whenever I want to sit down and have a nice cry, I'll listen to some Bob Dylan. Whenever I'm trying to have a good time and stay in a positive mood, I listen to hip-hop. Because it's fun. I think hip-hop is important because it brings people together in a beautiful, happy way."

The 22 year old, who apparently calls himself "Posty", made a video explaining his thoughts the day after tweeting about not being obligated to explain his thoughts:

it's crazy that after all this time im still being questioned. suck my fucking dick i don't have to explain shit. i do this shit because i love to do this shit.

from posty. love ya. pic.twitter.com/L7rfHFkgjL

Eminem Is 'Extremely Angry' Trump Has Not Responded To His BET Cypher Verse https://t.co/7EcDgOrjwe

Eminem is mad that Donald Trump hasn’t responded to his BET Cypher verse.

In a new interview, Eminem said “I was and still am extremely angry.”

Eminem added “I can’t stand that motherf**ker. I feel like he’s not paying attention to me. I was kind of waiting for him to say something and for some reason, he didn’t say anything.”⠀⠀⠀⠀⠀⠀

Do you think Donald Trump should respond to Eminem?

Two songs were already released: The gate and Blissing me. Album has a total of 15 tracks. Following up Biophillia Vulnicura (released in 2015).

You can listen to it in the source or on spotify.

The Top 10 Most Expensive Movie Flops Of All Time https://t.co/x92UBzCxF1

💸 Full list at the source. 💸
Have you watched any of these movies? Which one is your fave?

Hollywood Gift Guide: What to get execs, stars, assistants and glam squads https://t.co/R8he4PMOs2

ONTD what are the best gifts you've given/received?

And how close are you to being done with your holiday shopping?

In more hilarious Black Friday news, HBO is going to submit "Game of Thrones" stars Emilia Clarke and Kit Harington for Lead Actress & Actor for the upcoming 2018 Golden Globe Awards, for this past season. Prior to this, all GOT actors were submitted and nominated in the supporting categories across all awards. Who knows if HBO's going to try for this insane strategy for next year's Emmys.

TODAY IS THE DAY! Glory Days: The Platinum Edition is here! Get downloading and streaming! Enjoy your new tracks and the documentary! Can't wait to hear what you think 😘🙌 x the girls https://t.co/3cKvy5VKBN pic.twitter.com/DpCDRRimbC

"Dear Lover" deserves to be a single, but they hate me, so they're probably releasing the child of "Touch" and "Reggaetón Lento" aka "Is Your Love Enough?".

Jonna Lee will bring the evolution of her ten-year creative career to a new peak with the release of her maiden ionnalee offering, the album EVERYONE AFRAID TO BE FORGOTTEN, on 16 february 2018 via To whom it may concern. a studio album and, in due order, a standalone filmic counterpart (co-created with cinematographer John Strandh, in alliance with fashion and art trail-blazers COMME des GARÇONS). this is the most ambitious project which the Stockholm-based master of audiovisual artistry has embarked on.
( Collapse )

Mods, this hasn't been posted yet! The last posts have been about singles this is the album announcement/info

The system has failed. It’s heart breaking to see a young girl sex trafficked then when she has the courage to fight back is jailed for life! We have to do better & do what’s right. I’ve called my attorneys yesterday to see what can be done to fix this. #FreeCyntoiaBrown pic.twitter.com/73y26mLp7u

If you don't know Stassi, she's best known for being awful on Bravo's Vanderpump Rules and having trash opinions. In now deleted latest episode of her podcast Straight Up with Stassi, Stassi Schroeder decides to weigh in the recent sexual harassment accusations in Hollywood and otherwise. Calling it an "epidemic" here are some of the grossest parts of her opinions:

- "I’m sorry, no one could make me suck a dick. I’m sorry it sounds like he thought you liked it because you were making out with him. And now that it’s a trend and it’s #metoo you’re going to come out and accuse him because you regret it."
- Reversing Title IX protections are good
- Her friends are hot enough to be harassed, but since they act unapproachable it doesn't happen to them
- Says women have taken two steps back because now men are so scared that they won't joke with women which means they are no longer equal (for some reason??)
- After a pretty understandable backlash on Twitter, Schroeder went to Twitter to claim there was NO victim blaming on her podcast.
- Stassi has since deleted the episode.

Desiigner is featured on the official single. Stream it on Spotify and buy it on itunes.


ONTD: Are you on all fours popping it? Seventeen-year-old Raychel is sleeping with two boys: her overachieving best friend Matt…and his slacker brother, Andrew. Raychel sneaks into Matt’s bed after nightmares, but nothing ever happens. He doesn’t even seem to realize she’s a girl, except when he decides she needs rescuing. But Raychel doesn't want to be his girl anyway. She just needs his support as she deals with the classmate who assaulted her, the constant threat of her family’s eviction, and the dream of college slipping quickly out of reach. Matt tries to help, but he doesn’t really get it… and he’d never understand why she’s fallen into a secret relationship with his brother. The friendships are a precarious balance, and when tragedy strikes, everything falls apart. Raychel has to decide which pieces she can pick up – and which ones are worth putting back together.
( Collapse )

• The animated musical by Disney • Pixar has taken in $22.2 million in its first two days, while the DC superhero mess made $18.9 million during the same period.

• “Coco” is projected to do about $70 million during the five-day Thanksgiving holiday, beating “Justice League” by about $10 million.

• “Coco” is performing above previous projections, which were in the $55 million to $60 million range. It has also received a A+ CinemaScore from moviegoers and as of this posting a 96% Fresh Rating on Rotten Tomatoes, which indicates the film could continue dominating at the box office due to strong word of mouth during the holidays.

• Last year around this time, Disney’s “Moana” scored $25.4 million on its first two days and went on to earn $82 million over the five days. It was the second-highest opening behind Disney’s “Frozen” with $93 million in 2013.

ONTD, what will you be watching this weekend?

Kate Hudson, Goldie Hawn, Kurt Russell, and family celebrate Thanksgiving, along with a multitude of others who took to social media.

To our brothers & sisters suffering in #Egypt after the mosque bombing, I’m so sorry & deeply saddened. I’m sorry for the fact that even your place of worship wasn’t safe. I’m sorry the survivors will have to live with the images of this horror forever etched in their memories 💔

Over 200 people are dead and at least 100 more injured in a terrorist attack on a mosque in Egypt (OP note: careful clicking on source link there is a photo of the dead).

Given budget and box office calculations, along with marketing costs, Cinemascores, overseas takes, likely multipliers, and other confusing factors, Digital Trends assessed which films on WB/DC's ambitious upcoming slate are most likely to suffer if Justice League continues to underperform (as it almost certainly will). 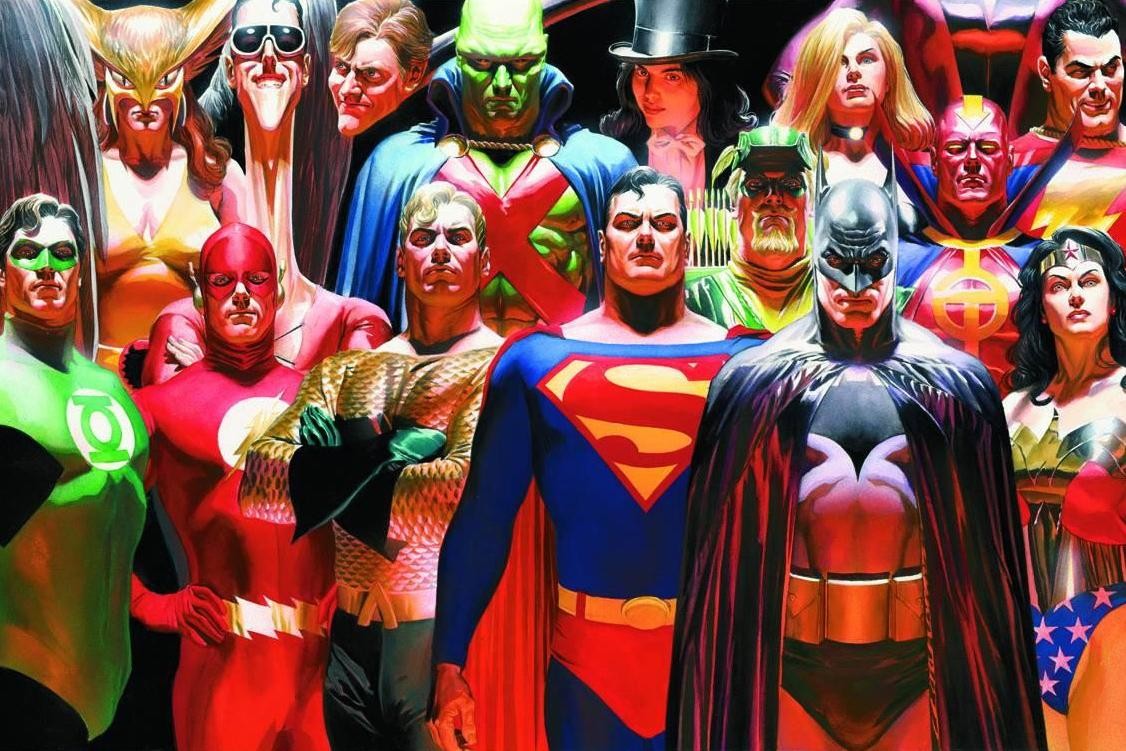 🎥 Aquaman. Principal photography has wrapped, so...

🎥 Wonder Woman 2. The sequel to the DCEU's most popular and profitable movie, starring its best-loved character, already has star Gal Godot and director Patty Jenkins on board.

What think ye, ONTD? What parts of the DCEU should WB focus on?

• On track to be the 5th fastest video ever to get 100 million views.

• Currently no. 13 on US iTunes and 5 on the overall world chart on iTunes.

• An English version for the gringos titled "Not On You" has dropped. (boo!)

ohmylol. but i'm here for this worldwide Latin resurgence.
and before someone tries it, we are not a "fad." we've been here pendejos.

ONTD, what bops en español are you listening to rn? Salman Khan is one of the three famous Khans (Shahrukh/Aamir) and unlike his colleagues he cannot act. He’s been in the industry for the past 25 years and has been unable to break out of a role other than innocent, well-doer, action hero. The industry continues to defend his actions.

He has joked that “If he cannot play a good man in real life, he can at least play it onscreen.” (Actual quote!)

How he has managed to survive?

By creating a charity (Being Human) and his amazing PR manager Reshma Shetty who turned him into a saint. The industry continues to turn a blind eye to his antics and his cult continue to worship him (yes literally!) and threatens anyone who says anything negative about him.


A sample of his  shitty behavior, there's a lot more but here's what I've gathered:
( Collapse )

ONTD Original, so we're living dark times but let's not forget there's good people in the world. So here are some of the best 'What would you do?' clips from ABC's TV show 'What would You do?' to regain faith in humanity and lose it since this is all based in real life events. .

6. What would you do... if you see a latino dad not accepting his son's coming out?

a kid comes out to his dad, and he's not having it. People overhear the conversation and give very encouraging advice to him. One gay man even tells the story of how he overcame suicide while accepting himself.

ONTD, were you ever in a WWYD-like situation? What did you do?

ONTD, have you embraced Demetria this era?

Some of the questions

Q: Do you remember how you found out that Santa wasn't real?

A: What are you talking about? Santa comes every year! Even the dogs are at odds about this.

Q: What's the one thing YOU want for Christmas this year?

A: I'll be happy with anything, it's the thought that counts!

Q: Did you ever think "All I Want For Christmas" would become such a Christmas classic?

A: I wasn't thinking about that, I was just recording a Christmas song. That's a boring answer but it's the truth!